What has the money you spend on video sites changed in 2020? 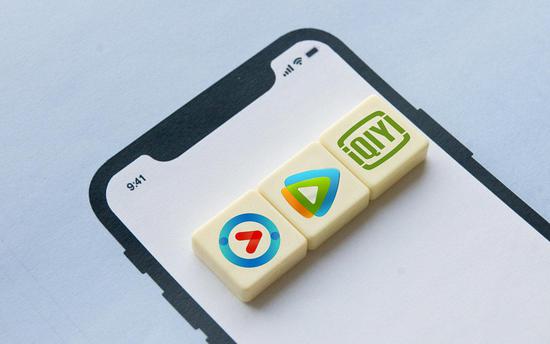 In the past year, the phenomenal dramas "the truth of silence" and "the secret corner" have proved that China's really good dramas not only have skillful lens skills, fluent narrative ability and unique aesthetic appreciation of music, but also attach importance to script creation and care about the creative sincerity of ordinary people.

What are the unknown stories behind the creative turn of film and television companies in 2020?

The key development period behind the rise of the secret corner

Iqiyi invested in the production of Wannian film. A year later, iqiyi launched "crime without certificate" in 12 groups, two episodes a day, two days a week and three weeks. The final Douban score was 8.1.

He Junyi was very flustered at that time. When the script is finished in 2018, he doesn't know who iqiyi will hand over the script to in the end. In the early stage of development, iqiyi's budget paid to Wannian film has nearly doubled in the past two years, and every link is burning money.

But in the end, iqiyi was shot and produced "secret corner" by Wannian film. In crime without a license, Wannian film gathered a large number of academic content producers from Beijing Film Academy,Their professionalism has been recognized by the market, and they have extended that kind of dogged spirit and pursuit of aesthetics to the secret corner. 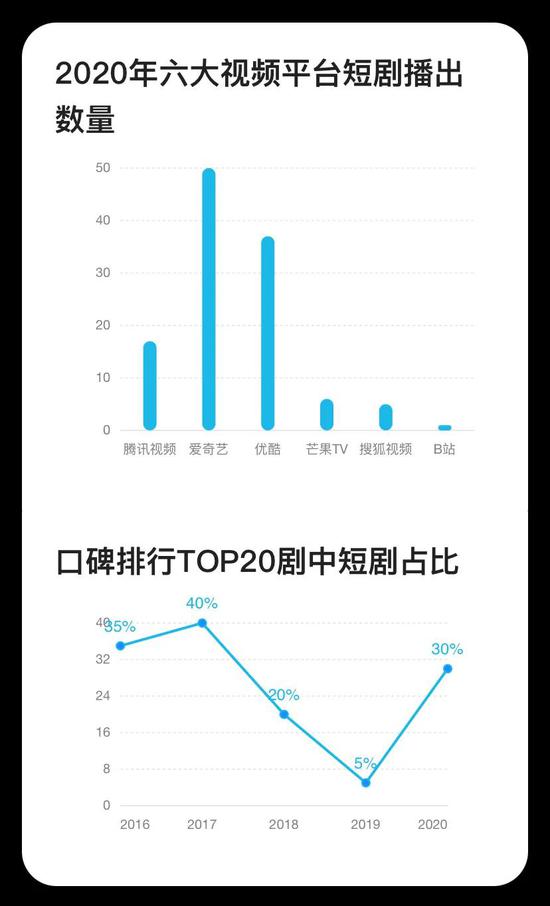 The relationship between users and content is becoming closer, but at the same time, users also force the creators to reform the content of online drama production.

The field of online drama production is facing a new critical period of development. Under the new profit distribution mode, the new team and the platform are rising together. The platform self-made and split account plays are separating from the platform customization and copyright purchase. New trends appear in the way of fund distribution, and the studio system makes more subtle sparks start a prairie fire.

This is the early embryonic form of Fen Zhang drama, and also an attempt of TOC mode of current video platform.

Wang Feng graduated from the performance Department of Central University for nationalities. He has worked as assistant director, independent casting director and producer. In 2016, he founded cool whale production.

In January 2018, Wang Feng took his bidding PPT to the bidding site, with four or five teams competing with him for the project "Jin Xin Ji: general, wait a minute". He shook off the strength of the team and production resources, but he didn't count.

Now, this is very important. The audience is the first, the investment is the second, and the initiative of content production is almost entirely in the hands of content creators.

The mode of split account drama is not yet mature in 2019, so the management dare not leave the stage easily. Even if the drama has been started in the front, some of the management who signed the contract have retreated, and only on the day of going online, some of the investment funds are slowly in place.

It's not good to break into the market alone. Cool whale production is a small company and needs to cooperate with other companies. Wang Feng finds Gao Rui, the COO of Yingmei media. Kujing is responsible for the production, while Yingmei leads the publicity. 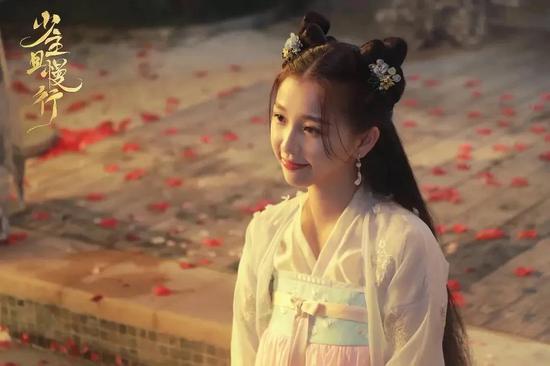 They hang up the phone and solve the problem immediately.

The record was passed, but the renaming document was not received. In the later stage, the company's personnel were all at home, so they could only temporarily transfer the personnel in Beijing to do final mixed output. No one confirms the final output version, and the main creators are at home. They can't get out of the house, and they can only solve it online.

On the morning of February 12, I got the renaming document, and "Jinxin: general, wait a minute" was finally renamed as "young master, wait a minute". The two employees handed the hard disk to iqiyi. From the afternoon of February 12 to 12:00 noon on February 14, a total of 48 hours of warm-up promotion, and finally stable online.

After the series is launched on the video platform, it will be divided by the charging rules of iqiyi and the viewing behavior of users. Since its launch on February 14, 2020, the box office of "little master, wait a minute" has exceeded 75 million, becoming the king of iqiyi's annual revenue sharing dramas and the runner up of the platform's annual revenue sharing dramas. It is expected that the final return on investment will reach 300%.

Another high investment drama has started.

On December 8, 2020, cool whale production was conducted by cutting-edge director Chen Xiaoming and Zhang pan. The highest budget drama "Twinkle, twinkle, twinkle star" in history was launched. The follow-up drama will also be launched on the video website to be tested by users. 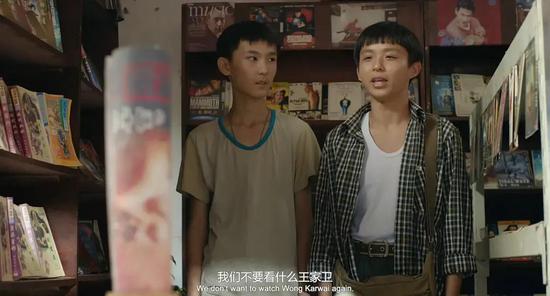 Still photo of past summer

It was originally planned that "past summer" would be shown in theaters, but then the epidemic hit. In the later stage, some members of the team were in Wuhan and could not go back to Beijing to continue editing. The later stage work was shelved in the editing room.

In April 2020, the editor returned to Beijing and finished the complete later version in May. At the same time, the plan of the upper theater line was disrupted, when the opening hours of domestic cinemas were extended indefinitely. The movie "spring tide" abandons the cinema line and uses the single chip payment mode to land iqiyi.

But the reality is cruel. The total investment of "rebirth from ashes" is more than 20 million yuan. If you want to make a profit from the cinema, you should at least recover more than 60 million at the box office. The original plan to go online in April 2020 has also been stranded.

Many films are transferred to the video platform, which belongs to the black swan event. The upper court line is the dream of most filmmakers, but the reality constantly beats them. If the film is not online, they will not get money, and it is also very important to live.

Not only in China, but also in the United States, the PVOD single chip payment mode, which was born at the peak of the contradiction between cinemas and major producers in 2017, will be accelerated during the epidemic period in 2020, and many well-known films will directly give up the cinema line to start on the video platform.

In this state, they have to face up to a reality: do they have to bear the pressure to send "the past in summer" to the hospital? Fujii thinks this is not necessarily a good thing.

Fujii contacted iqiyi in June and learned that the single chip payment mode charges users directly, and the split account period is 30 days. For the film makers, even if they don't spend money on watching movies, they can still have the minimum income provided by the platform.

To be honest, Fujii has no bottom in his heart.

Song Jia, general manager of iqiyi film center, said at a conference that the head effect of cinema market is becoming more and more obvious, the distribution space of many mid waist films is gradually squeezed, and the market potential of many films has not been fully exploited. In this contradiction between supply and demand, online distribution may provide a solution.

Breakthrough and exploration of TOC in film and television industry

They found that the film and television companies ushered in a period of rapid growth in revenue and profits from 2014 to 2017, and the core driving force was the increase of single episode purchase price. Behind the high growth, the major video platforms continue to increase their investment in content and seize the dominant content resources. 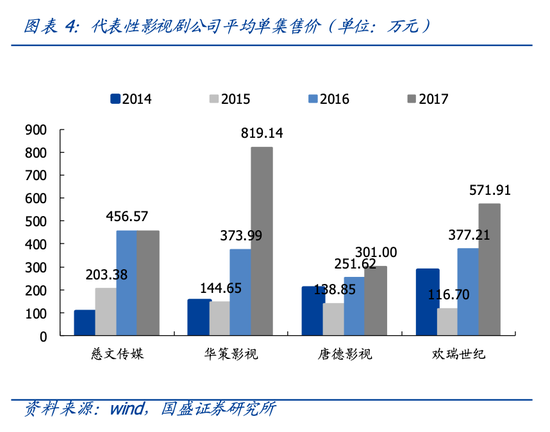 From 2014 to 2017, the average selling price of a single episode of a representative film and television company (unit: 10000 yuan), tuyuan Guosheng Securities Co., Ltd

The turning point occurred in 2018, when regulatory policies such as curbing sky high price movie pay, strictly investigating tax evasion and limiting ancient costume movies and TV plays were tightened, and the purchase price of a single episode dropped from more than 10 million in the past to no more than 8 million.

The report of Guosheng securities shows that in the process of industry going to foam, many actors are not able to shoot, some movies and TV programs are delayed online, and the company's income drops. At the same time, the video platform has replaced the TV station as the core channel of drama procurement.

Ciwen media has achieved rapid growth in the golden period of three years, creating a lot of blockbuster dramas. However, after 2018, it once fell into the dilemma of capital flow. After the introduction of state-owned shareholders, the pressure of pledge and cash flow was relieved.

Ciwen media is rising in the era of Tob business model. Now it needs to challenge itself, how to let its own people try and make mistakes and try new things.

However, compared with the early big online film companies, the film and television companies that take advantage of the rise of Fenzhang drama are more fully equipped with resources. 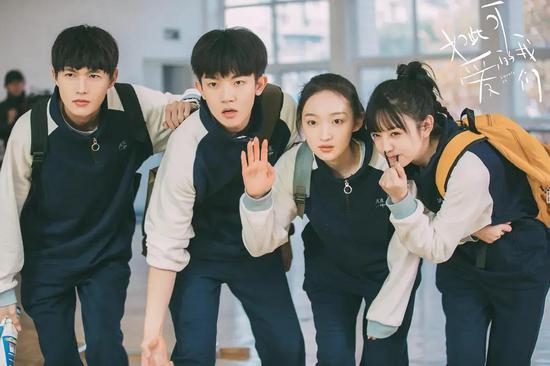 Stills of so lovely us

The company where cat's tree works has recruited a large number of young screenwriters to write scripts. In the first half of 2020, they made a play with 12 episodes, which will be finished in a month.

A hidden trend is on the rise. Within the film and television production companies growing up under the trend of content facing users, the density of professionals is increasing, and the initiative of capital and content is becoming greater. Traditional film and television companies are also accelerating the layout of new plays, which directly affects the frequency of good content in the market.

Related news
What's the next destination? Microsoft launches "what next" free windows 10 Wallpapers package (Figure)
Instant Money Rituals to Become Rich Call 27836633417 ...
Strong Money Spells in United States (USA) | spiritual rats
DO U ALWAYS GET MONEY BUT WONDER HOW IT VANISHES CALL ON +27
Hot news this week
Full screen bomb is playing crazy wechat Android version 8.0 beta version comes with download
"Synthetic watermelon" became popular this weekend
Tesla's response to the spontaneous combustion and explosion of Shanghai model 3: preliminary judgment that the accident was caused by the collision under the car
Some users found that wechat 8.0 raised the upper limit of visible number of friends and circle of friends to 10000: wechat Lehua
China's auto chips stopped in Europe and America? Official response
Talk about "explosion"! Android wechat 8.0 internal test experience: is it the same as apple
IBM China Research Institute (IBM CRL) has been completely closed
Does the car Li Zi nucleic acid positive eat to be able to infect? The experts finally understood what they said
Collective rollover of 5nm chips: embarrassment of advanced manufacturing process
The official version of wechat Android 8.0 will be released next week
The most popular news this week
Magic game "synthetic watermelon", let me play until midnight not to go home
NVIDIA releases geforce 461.40 driver: supports mobile RTX 30 graphics card
16 hours long endurance! Lenovo real wireless Bluetooth headset price 59 yuan
More iPhone and other capacity will be transferred from China: India will produce new Apple 12
Take out the M1 core apple, this year may let Intel, amd laptop very uncomfortable
Jijia z590 main board collective listing: quadruple surprise, white pick 290 yuan
"Wechat red envelope cover" turned out to be a profiteering business, with some earning 100000 yuan a month secretly
WiFi 6 router that will make Jingdou money! First sale of redmi ax5 tomorrow: 269 yuan
The strongest combination of iPhone XR and A14 core! IPhone se plus rendering exposure
Andy Lau officially entered the tiktok, which is his first social account in the world.