Zhang Yiming is not as "energetic" as Ali 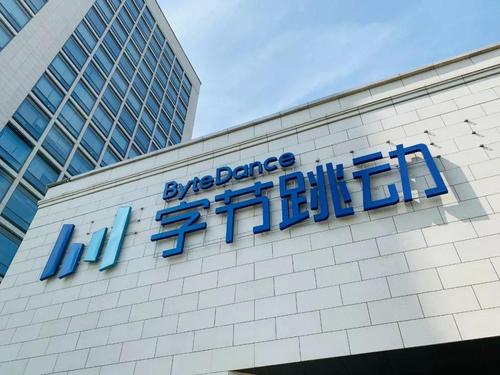 By Tan Xiaohan and long Zhiteng

However, since last year, Ali's actions in the field of education have become more frequent.

In February 2020, Bao Xiaobao launched educational resources to integrate educational resources and other resources. In March, Ali founded Taobao education department. In June, Taobao formally announced that it had entered the field of education. In the next three years, we should help over 1000 families and paying for knowledge online to get more than 100 thousand freshmen. 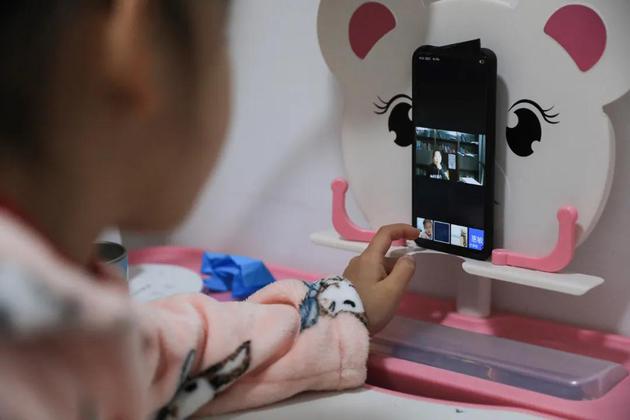 During the epidemic, a student took classes online through the mobile phone nail software

However, an investor who has been concerned about the education industry for a long time once told the alphabet that nailing the layout of education is more an attempt of a single business out of its own growth needs, and it is difficult to achieve the revenue target only by relying on the original business. The education industry has a vast number of users and definite demand, so we must not let go of it.

If we say that in the past, Ali's efforts to enter education have been limited. The establishment of Taobao education and Ali's large-scale investment in homework help show that the layout of education has become the strategy of Ali group.

An education industry veteran told the alphabet, in the past year, Taobao, Alipay, nail, Tmall spirit and other businesses from all angles into the education industry, the overall logic is to see the epidemic speed up the transformation of education online.

Ali's consistent idea of doing business is to centralize the scattered sand and establish a collaborative platform with Ali as the center. In the track of education, Ali still uses this train of thought. Taobao, Alipay and nails have different entry points. But one thing is the same. They are doing platforms, connecting B end producers, suppliers and C consumers to do marketing channels and trading channels.

As a platform, Ali was originally just a porter of educational products, but as a result, it lacked bargaining power in terms of product supply. To make up for the product link, it is obviously a shortcut to invest in this leading company.

The hardest way, however, is to cut corners. To cultivate another flying pig in the education track where imagination is far greater than tourism, Ali's goal is as grand as ever, but the road may not work. Taobao has entered education for several times, but in the end, it was quiet. Tencent and Baidu, two big players with capital and traffic, also rushed in, but they all fell.

In June last year, Taobao Education officially announced its entry into the field of online education, but this is the third round of impact launched by Taobao on the education industry.

Before that, Taobao education products were mainly under the category of Taobao local life education and training. In 2012, it was the secondary category of Taobao, with a total annual sales of 330 million yuan, one third of which were teaching materials, the other 200 million were course sales, and the next year it was upgraded to the first category.

In mid-2015, Taobao changed its name to Taobao education, still following the previous platform strategy. The person in charge said that at that time, Taobao education had more than 50000 training institutions, and in the next year, it would help at least 10000 offline institutions transform to online ones. 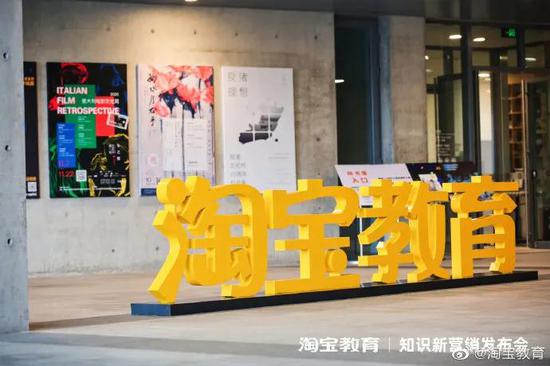 Until last year, the epidemic accelerated the online process of the education industry, and Taobao education became independent. In March, Taobao education business department was formally established, reporting to Jiang Fan, President of Taobao tmall, in parallel with other departments such as jukuai, Taobao industry, c2m and content e-commerce.

There are generally two routes for giants to do online education: one is self-research route, such as byte beating education, pushing melon dragon English and other series products; the other is platform route, such as Taobao education. Tencent, whose layout was earlier, is walking on two legs. In addition to making platform products such as Tencent classroom, it also launched Tencent happy mouse and other self-developed products.

It's also a platform strategy. Ali's three-way columns at the education track have different entry points.Fang Yongxin, a Alibaba partner, said in an interview last February that Taobao was responsible for the role of customers and marketing in the educational track. Alipay was the tool of payment, and it was also doing the precise marketing of the entrance, and the nail was made by the educational operating system.

Ali's expansion will not stop, and category expansion is the focus. Last year, tmall double 11 added new car and real estate categories, which have been used as training courses for the sale of service-oriented goods since the initial stage of Taobao education. Obviously, it is also the target of platform category expansion.

According to Online Economic and social statistics, online education brands such as homework help, akaso, vipkid, gaotu classroom and ape tutoring have promoted their own education products on e-commerce platforms such as Taobao and pinduoduo.

Huang Lei, head of Taobao education, accepted 36kr During the interview, Zeng said: first, education and knowledge are a vertical category with strong cross category and horizontal nature, which is not absolutely separated from other categories, but can connect with Taobao and tmall entity categories; second, knowledge is a very immersive and continuous learning, which can better enhance the stickiness of hand Taobao users on Taobao platform; third, knowledge category It can increase the activity of users. 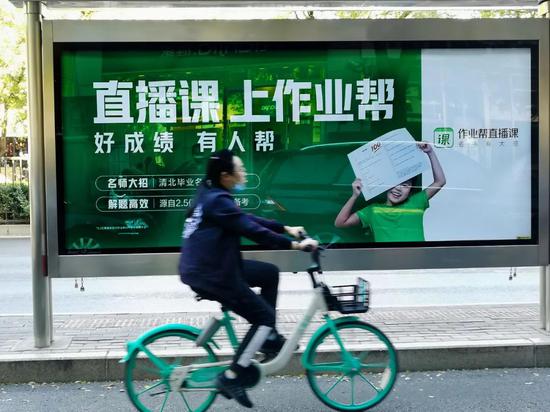 Just as in the field of physical goods, Taobao needs to cultivate a brand that is closely related to itself and forms a strong binding relationship. In k12 education track, Taobao also needs to find the corresponding target as soon as possible.

There are not many choices for Ali. Pan Xin, the former COO of New Oriental, mentioned in early February this year that, according to his understanding, only from the perspective of revenue scale, the top four companies in the industry should be XRS online school, ape tutoring, who to learn from and homework help, while other companies are far behind the top four.

The online education track is broad, in the growth period, and there are opportunities for structural adjustment. Only from the perspective of financial investment, with a relatively reasonable valuation and investment in a leading enterprise in the growth track, the certainty of investment success has been greatly improved.

Making a choice between ape coaching and homework help is like being in the bicycle sharing capital war. Moby or ofo always has to choose an investment. One background is that ape coaching has received several rounds of financing from Tencent.

However, in the education industry, the road of platform is not easy to take. The fact that Taobao students and Taobao education have failed to make waves before is a clear proof. Baidu and Tencent have also tried this route, and the short-term outcome is similar.

As a two-sided market, platform products need to promote the transformation of commodity supply on the supply side and consumer behavior on the demand side.

The early ape counseling, who to learn from, and the traditional education and training organization New Oriental all tried to take the trading platform as the main direction. But different from e-commerce, taxi, take away and other industries, the education industry, as a non-standard product, has the characteristics of high difficulty in decision-making, high cost of trial and error, and low frequency of use. As a result, there has never been a platform company in the education and training industry.

After the public domain traffic is launched, it becomes a common means for online organizations to transform users into private domain for long-term refined operation.

Therefore, it is a problem that Taobao must solve to let users develop the purchase mentality of Taobao education.This is another reason for Taobao and homework help to achieve a strong binding relationship. Homework help, which is well-known in K12 track, can help Taobao education complete the task of educating users to a certain extent.

In addition, companies such as XRS, who to learn from and ape coaching are also partners of the platform, but they have the characteristics of independent app and private domain traffic system, which makes them not highly dependent on the platform.Without content supply, strong barriers cannot be established, which is why Ali needs to find a company with higher degree of certainty of cooperation to form a strong binding.

The battle of online education platform is actually a battle between traffic and transformation efficiency. Those with abundant traffic and high transformation efficiency will get it. Internet giants have made several setbacks in this battlefield, but because of the epidemic, the supply side and demand side at both ends of the platform are quite different from those at that time.