Pinplay: has filed a lawsuit against Tesla for infringing pinplay's reputation right through the Internet

On the morning of January 17, pinplay published "information about pinplay's response to Tesla" on its official account. In response, pinplay will submit relevant evidence before February 8, 2021. In addition, Beijing Pinxi Interactive Technology Co., Ltd. has filed a lawsuit against Tesla (Shanghai) Co., Ltd. for infringing pinplay's reputation right through the Internet. 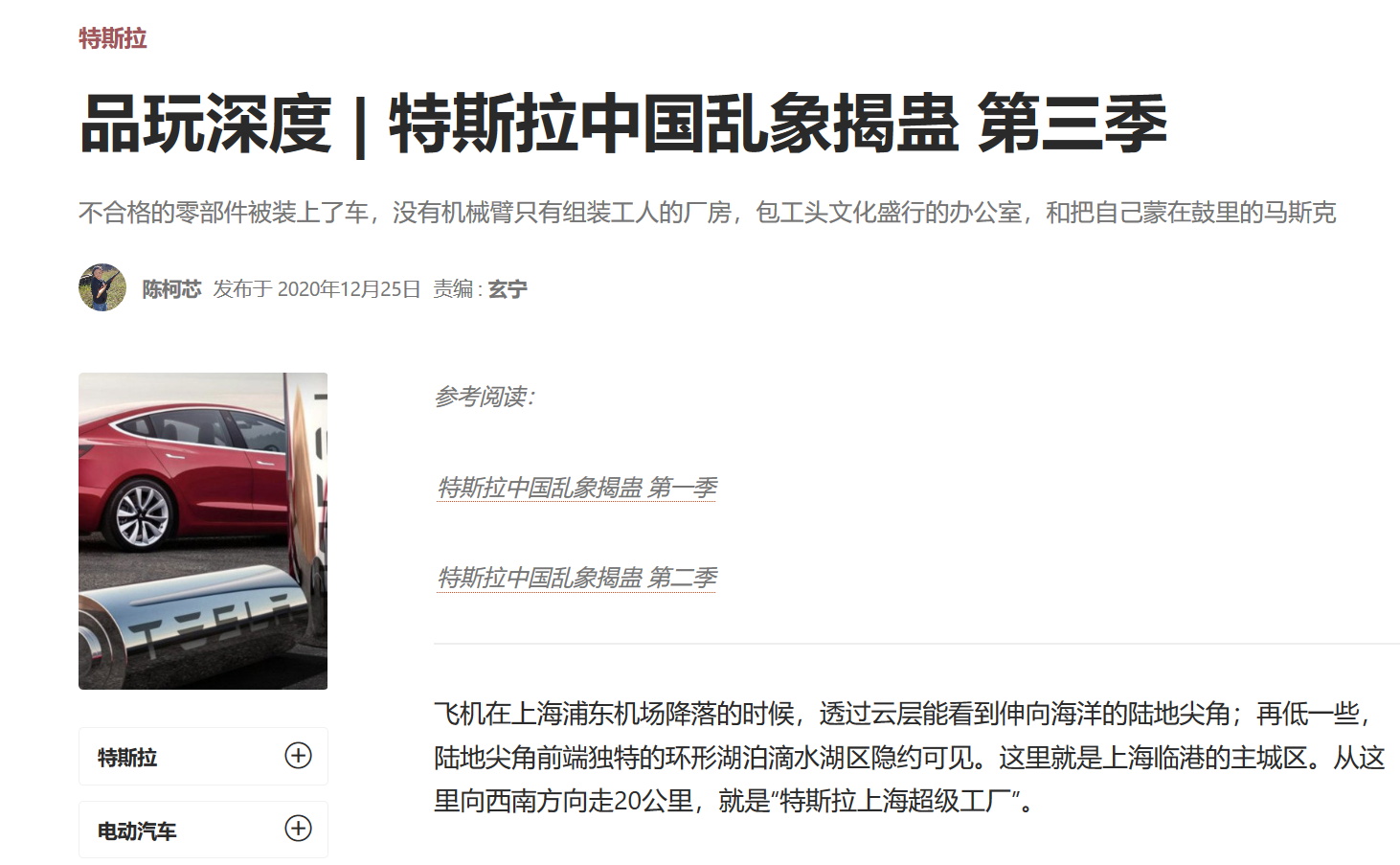 Before that, pinplay had published a series of articles on "Tesla China's chaos", which revealed many chaos in the production, quality control and management of Tesla China. 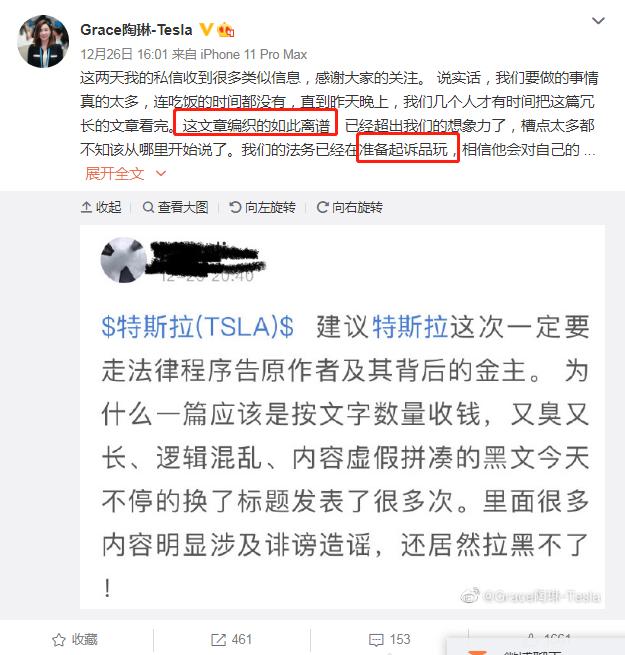 In response, Tao Lin, vice president of Tesla's foreign affairs, tweeted, "this article is so outrageous that it's beyond our imagination. There are too many slots. I don't know where to start. Our legal department is already preparing to sue pinplay. I believe he will be responsible for the impact of his words and deeds. "

The following is the full text of the statement:

At present, our company has started to respond to the relevant issues, and prepared relevant information and evidence. However, there is bound to be a conflict between the submission of evidence and the protection of information sources. Based on this, we will do our best to protect the rights and interests of the source of information under the premise of good evidence submission and preparation.

Supervision by public opinion is closely related to the interests of the people. Today, with the rapid development of the Internet, all kinds of new media and we media used by the people every day have become an important force in the supervision of public opinion. Public opinion supervision is not only the embodiment of people's democracy, but also an important means to realize social common governance and promote self-restraint and honest operation of market subjects. This time, Tesla (Shanghai) Co., Ltd. has replaced the use of public resources for public opinion attacks and malicious war with legal means. Our company will actively cooperate and actively practice the rule of law, which is the development direction of the important foundation of national governance.

In addition, Beijing Pinxi Interactive Technology Co., Ltd. has filed a lawsuit against Tesla (Shanghai) Co., Ltd. for infringing pinplay's reputation right through the Internet. At the same time, we will promote the normal, healthy and continuous supervision of public opinion in accordance with the legal concept of protecting the people's right to know, to participate, to express and to supervise.

I hope you know.

Related news
Internet Archive: recording the forgotten Internet
13 years of history NVIDIA gave up Tesla brand in a low-key way: name collision with electric vehicles
NVIDIA gives up Tesla brand in a low-key way: because of its name collision with famous electric vehicles
NVIDIA classic computing card series Tesla to be renamed: too confusing with Tesla
Pinplay: has filed a lawsuit against Tesla for infringing pinplay's reputation right through the Internet
Said the defective parts loading line is the defective car! Media response to Tesla's lawsuit
Hot news this week
Swati Mohn: the star behind NASA's historic Mars landing
International payment giants deploy digital currency one after another, visa has supported 35 digital currency service providers around the world
Windows 10 update coming: Microsoft solves high memory, blue screen, screen rendering and other problems
Former Harvard professor bombards Chinese scholars: academic "touch porcelain"! Response: the person concerned has been dismissed
Baidu releases Q4 financial report in 2020: Apollo intelligent transportation and intelligent driving develop at full speed
Guan Guisen, chairman of China youzan, resigns from his post in connection with a criminal offence and returns 28 million yuan of illegal income
According to the news, Xiaomi has already had a number of automobile related patents and trademarks before deciding to build the car
Don't change the plane, Lenovo Chen Jin: it's suggested that waiting for the rescuer will bring the most thorough solution of Xiaolong 888
The 27 year old Chinese boy became famous in the first World War! Making the most accurate prediction model of the new crown in the United States
Baidu financial report teleconference record: CEO and brand of electric vehicle joint venture with Geely have been determined
The most popular news this week
Source code stolen by hackers! Ticket skipping for version 1.2 of cyberpunk 2077
The access mode of laws and Regulations Database webpage and wechat applet opened by the state is announced
One coke can hold all the new coronaviruses in the world
From 17999 yuan! Huawei mate x2 goes on sale today: Zhang Zhilin wants to buy it
The new crown variant found in California may be more infectious and lethal
IPhone 11% top selling smartphone in 2020 iPhone 12 Mini ranks 10th
Apple: imdf has become an international industry standard
Samsung is expected to launch a laptop with exynos 2200 and AMD GPU this year
Function inventory of win10 new edition
Amd confirmed that it will launch a press conference on March 3: it is expected to launch RX 6700 / XT graphics card