Notebook, as a tool of mobile productivity, allows people to experience the convenience of handling work in different places. When it comes to Notebook Charger, I believe that many people's first impression is the big black brick, which is not only huge, but also heavy.

So the notebook manufacturers start from their own source, make a comprehensive transition to usb-c multi-functional interface, and redesign the compact charger. Today, let's take a look at the usb-c chargers for the laptops launched by Xiaomi. 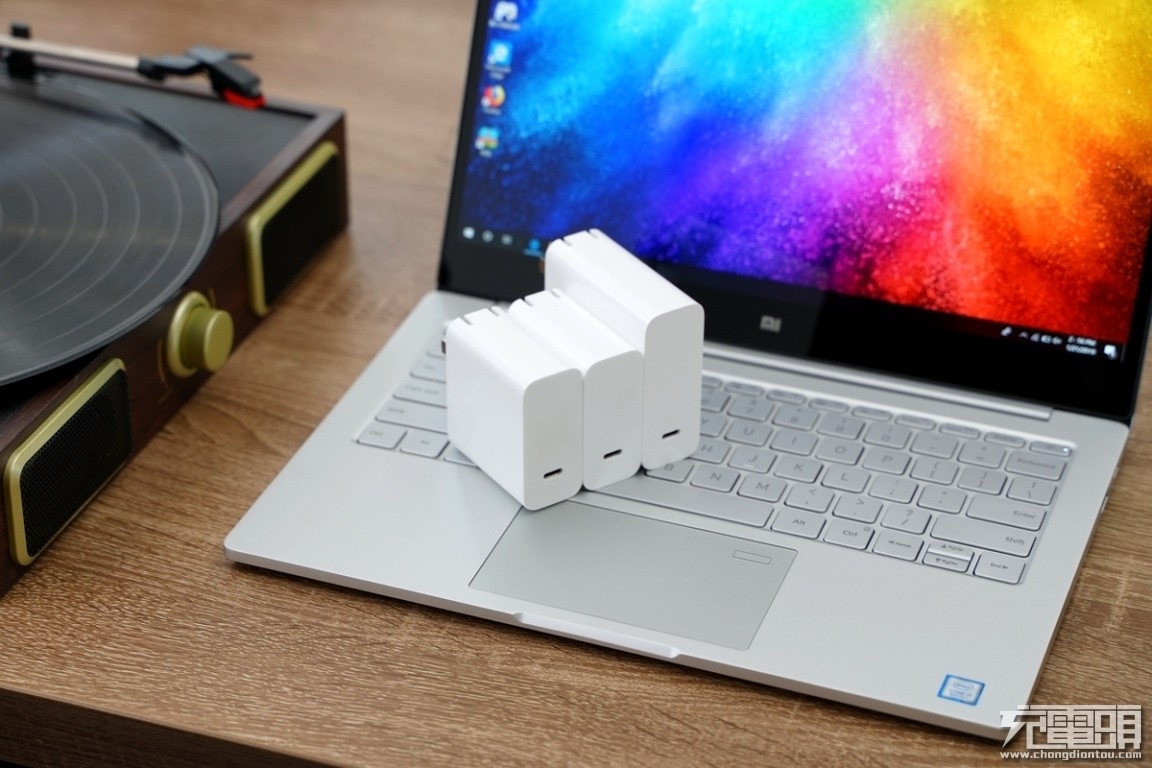 Q: the power of notebook PD charger is so high, can it charge mobile phone?

A: the notebook PD charger is compatible with USB PD fast charging standard, which can not only charge the notebook, but also be used in other digital products. All of Xiaomi's notebook PD chargers contain a wealth of output voltage files. Mobile phones usually use 9V voltage, and tablet commonly uses 15V voltage. As long as the corresponding model has these voltage outputs, it can provide PD fast charging for mobile phone tablet.

Q: what's the difference between Xiaomi's PD charger with usb-c cable and that with conventional usb-c interface?

A: Xiaomi has launched two PD chargers with usb-c cable. In fact, both PD chargers with conventional usb-c interface can be used as PD chargers. The built-in cable is usb-c output port, which also supports PD fast charging, and the built-in cable has more protection at the outlet position, and the anti bending design is more durable. The conventional usb-c charger without cable allows users to replace different cables, taking into account the usb-c device and lightning device.

Strong performance is destined to have high-power energy support. According to previous experience, it is equipped with brick like power adapter. Fortunately, this notebook of Xiaomi supports usb-c power supply, and Xiaomi also configures a portable usb-c PD charger for it, with a power of 90W. 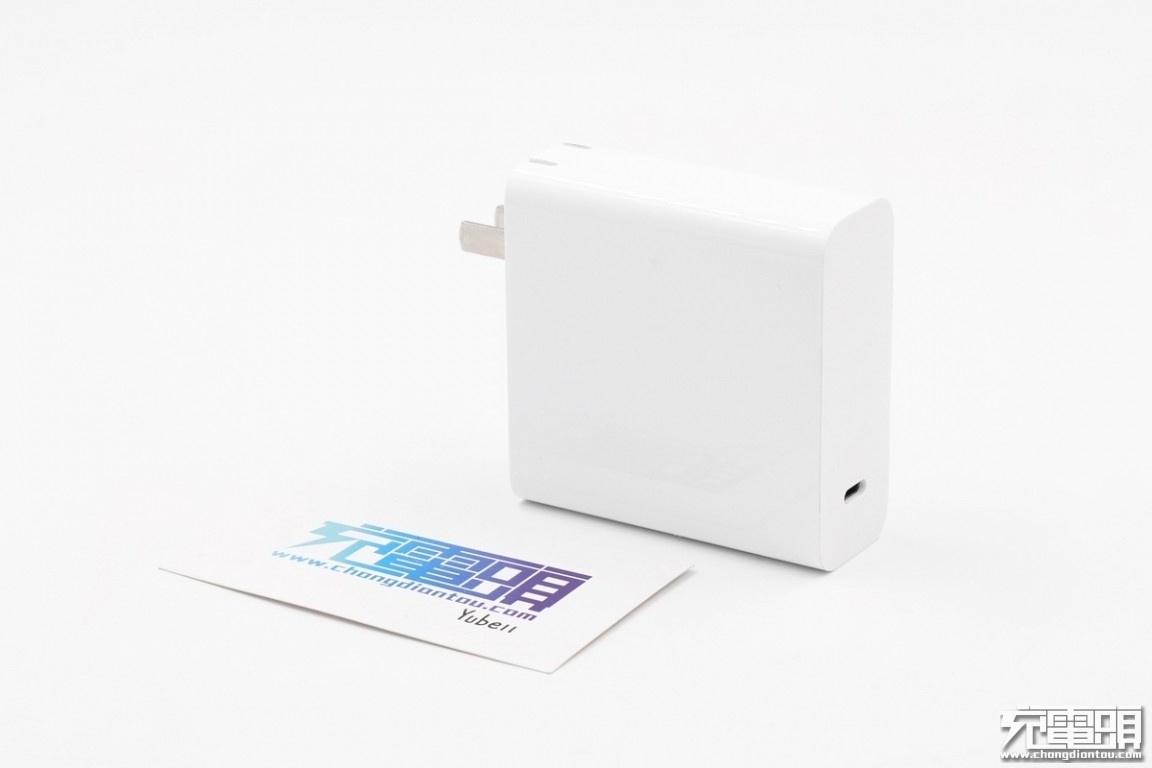 Xiaomi 90W PD charger overall appearance is more founder, but founder also has a round side. Fillet transition is made at the junction of the waist surface, the top surface and the bottom surface, so that the charger will not be too rigid as a whole, and the handle can also be balanced. 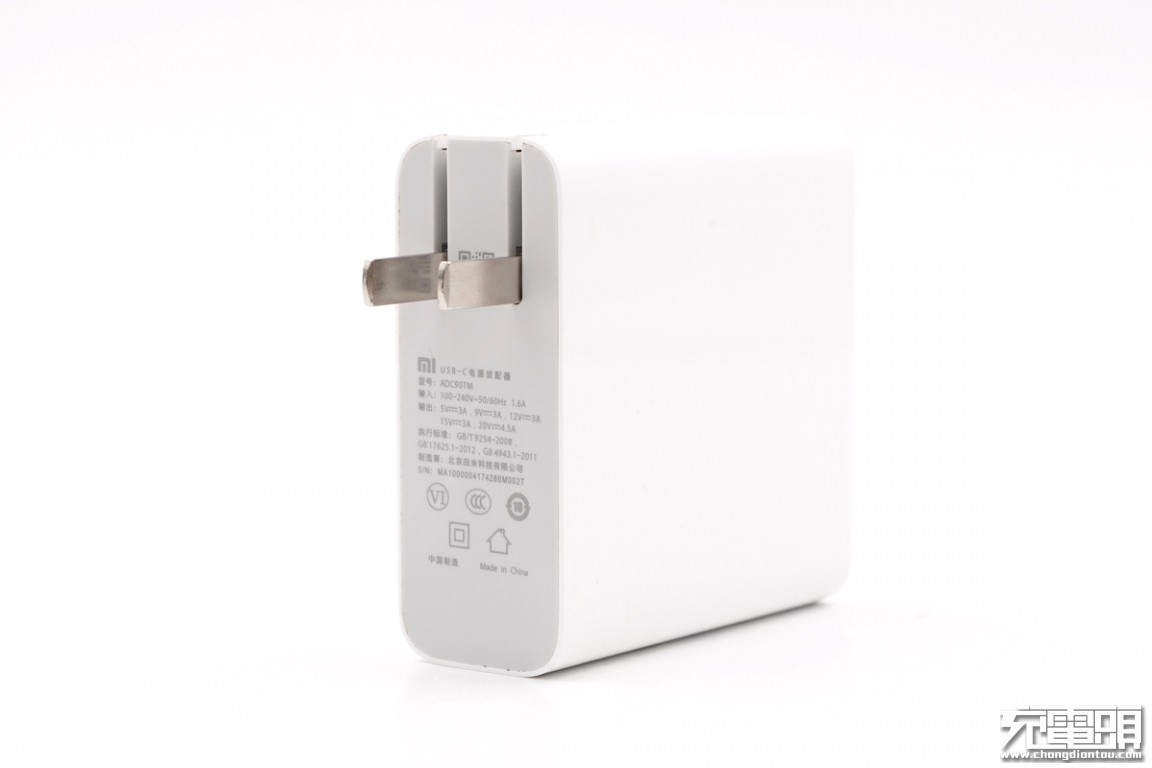 Let's take a look at the bottom. The bottom shell is made of matte gray material and printed with a lot of icon text, mainly including Xiaomi logo and relevant parameters of the charger. In addition, this Xiaomi 90W PD charger adopts a folding pin design, which is convenient for storage and carrying. 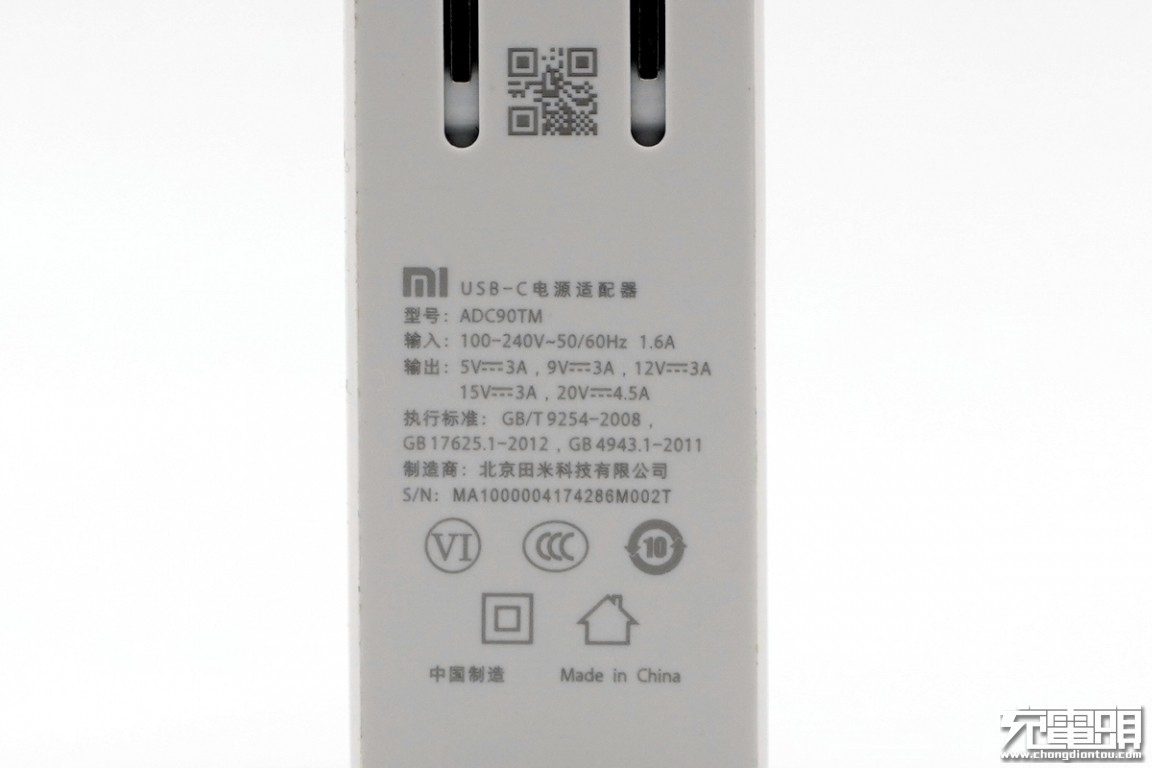 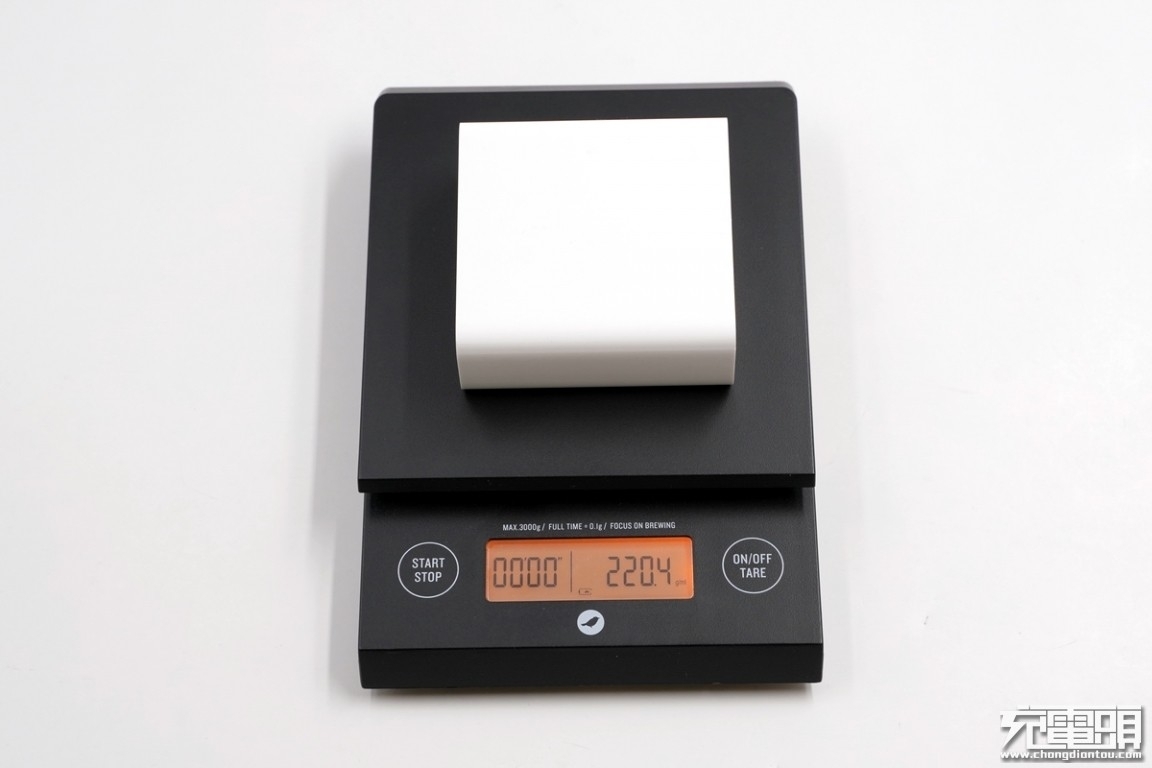 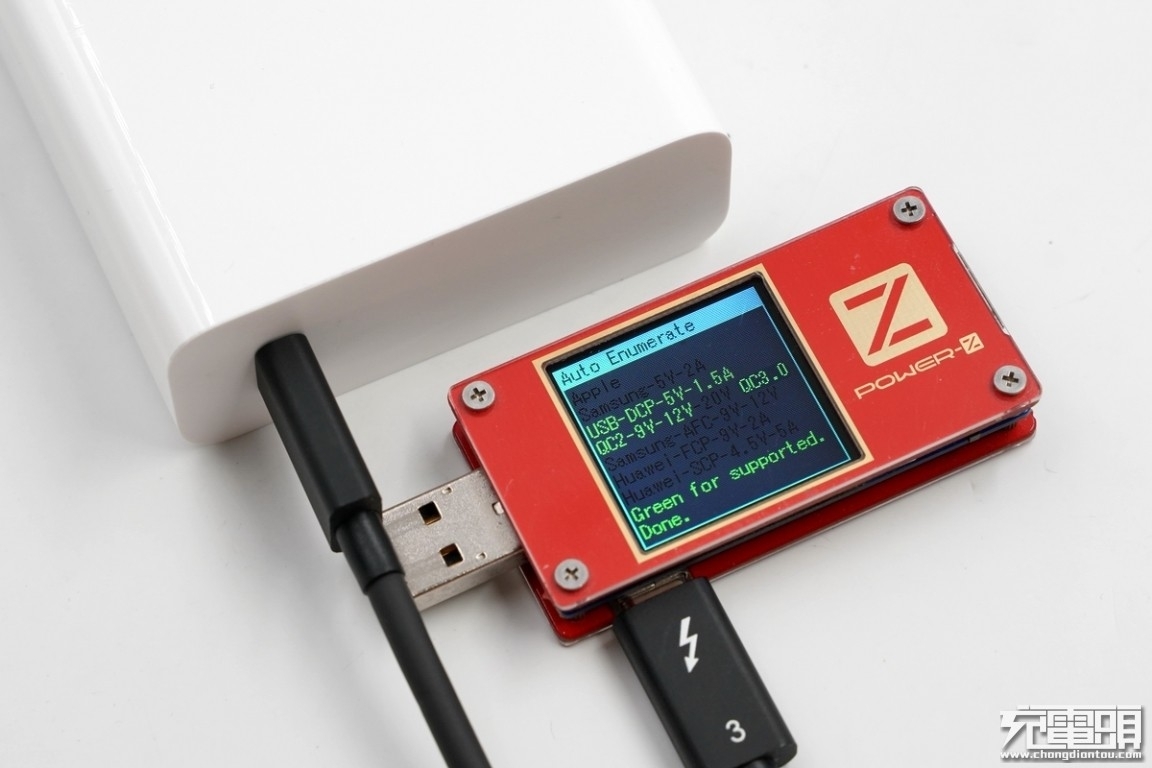 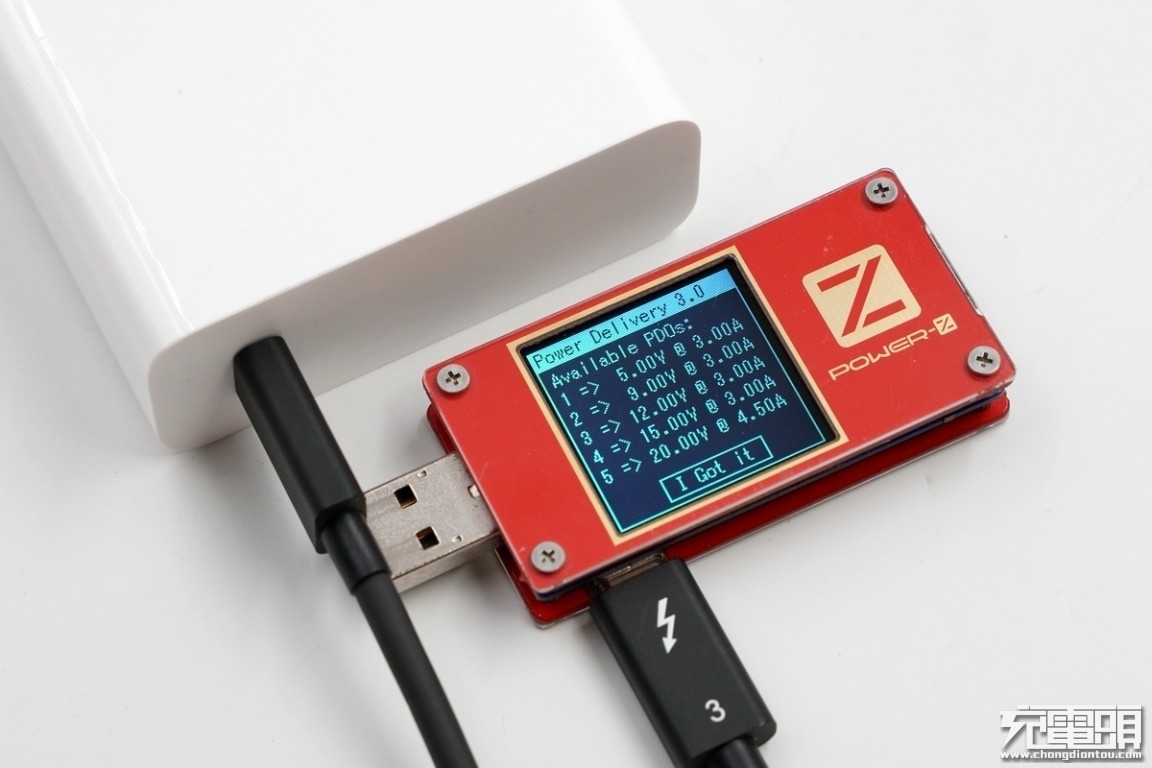 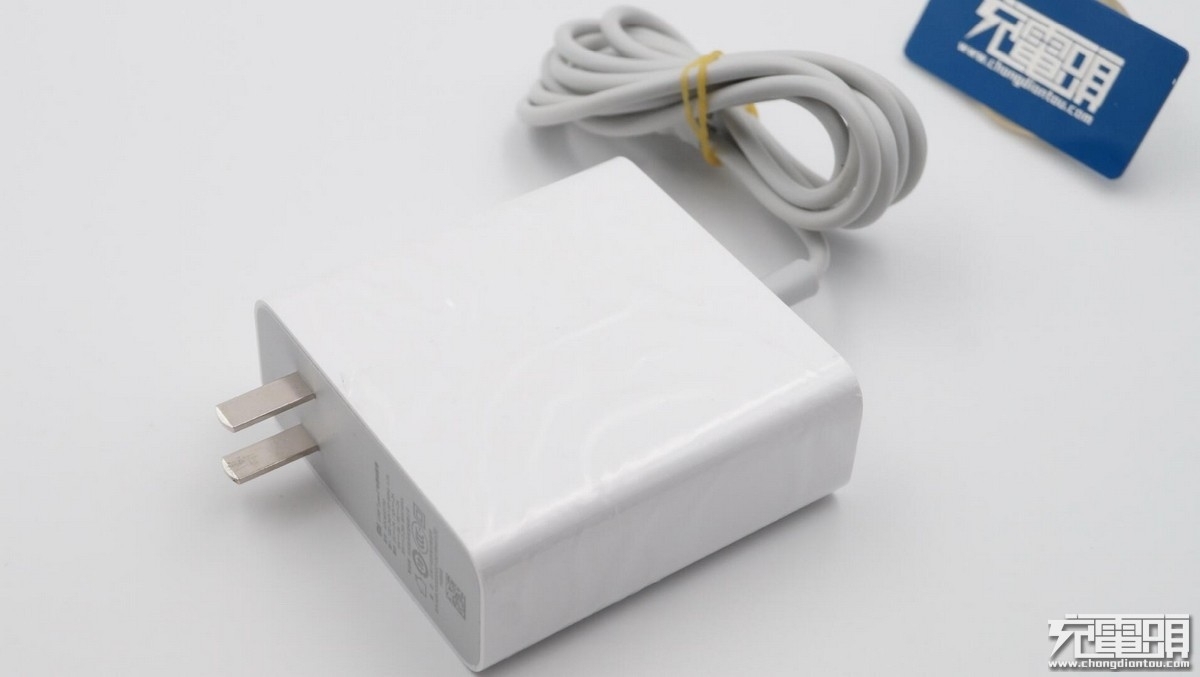 In 2018, Xiaomi launched a 15.6-inch Xiaomi notebook, which uses usb-c full-function interface to support PD fast charging. With it is a 65W version with its own usb-c cable charger, let's take a look at the various parameters of this charger. 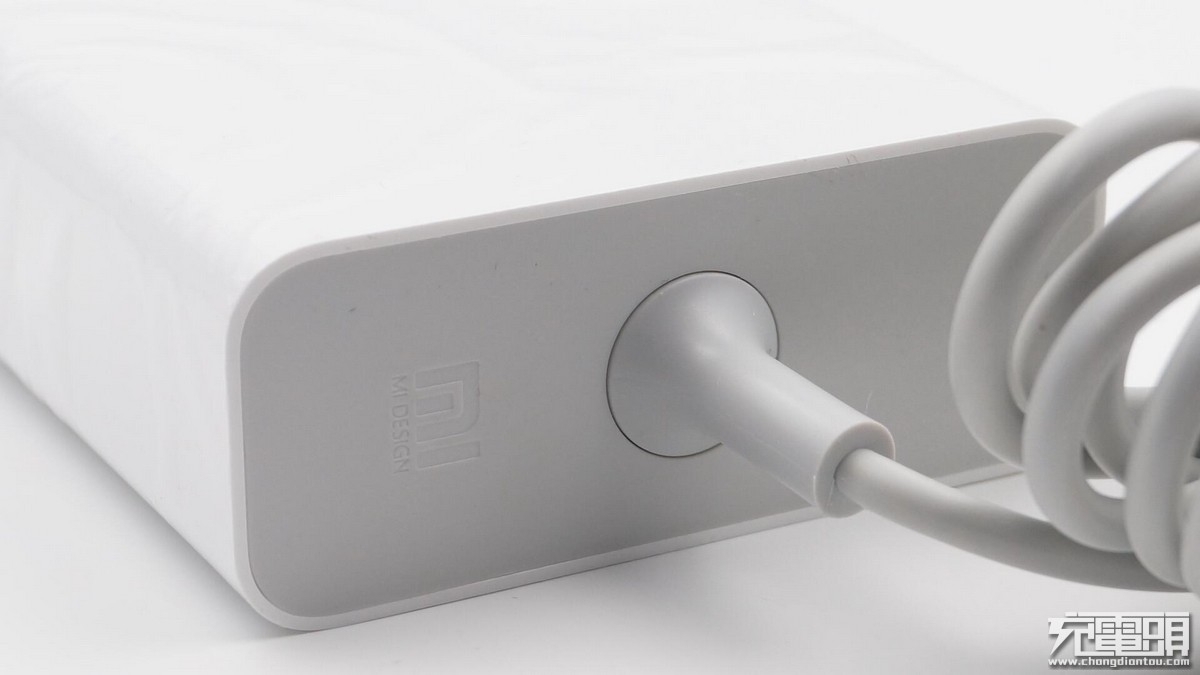 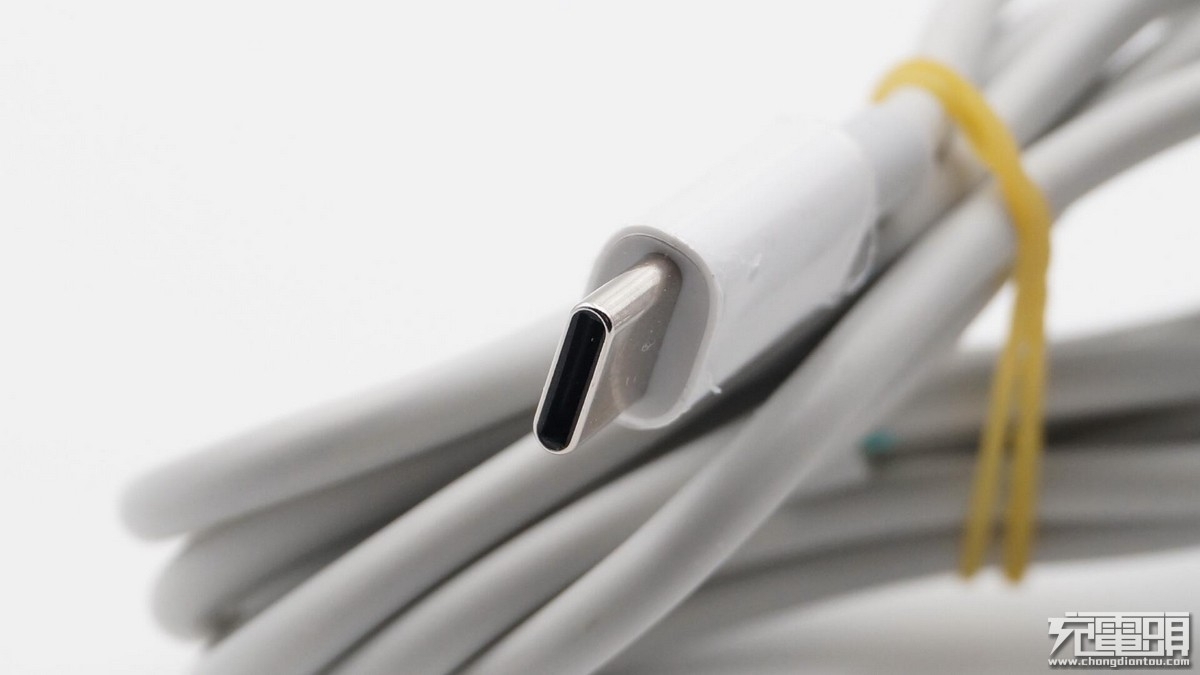 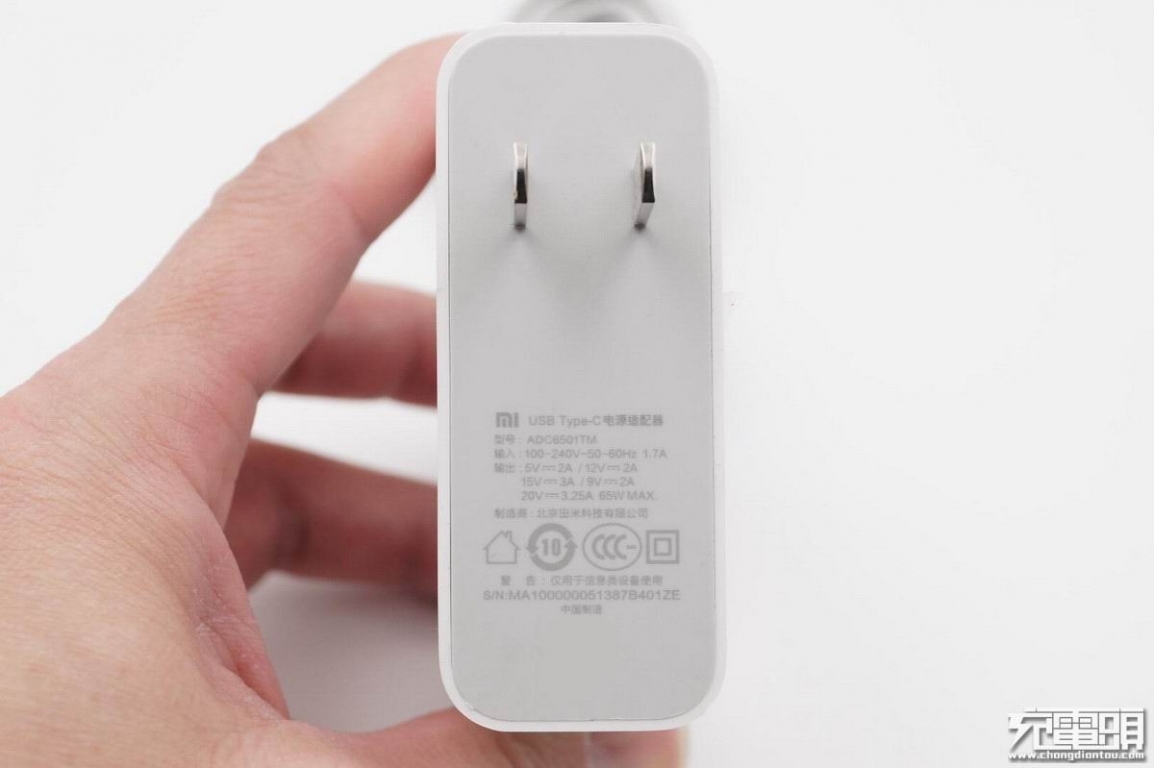 It can be seen from the back that the charger is designed with two fixed pins, supporting 5v2a, 9v2a, 12v2a, 15v3a, 20v3.25a output, and the maximum output power is 65W, which is manufactured by Beijing Tianmi Technology Co., Ltd. 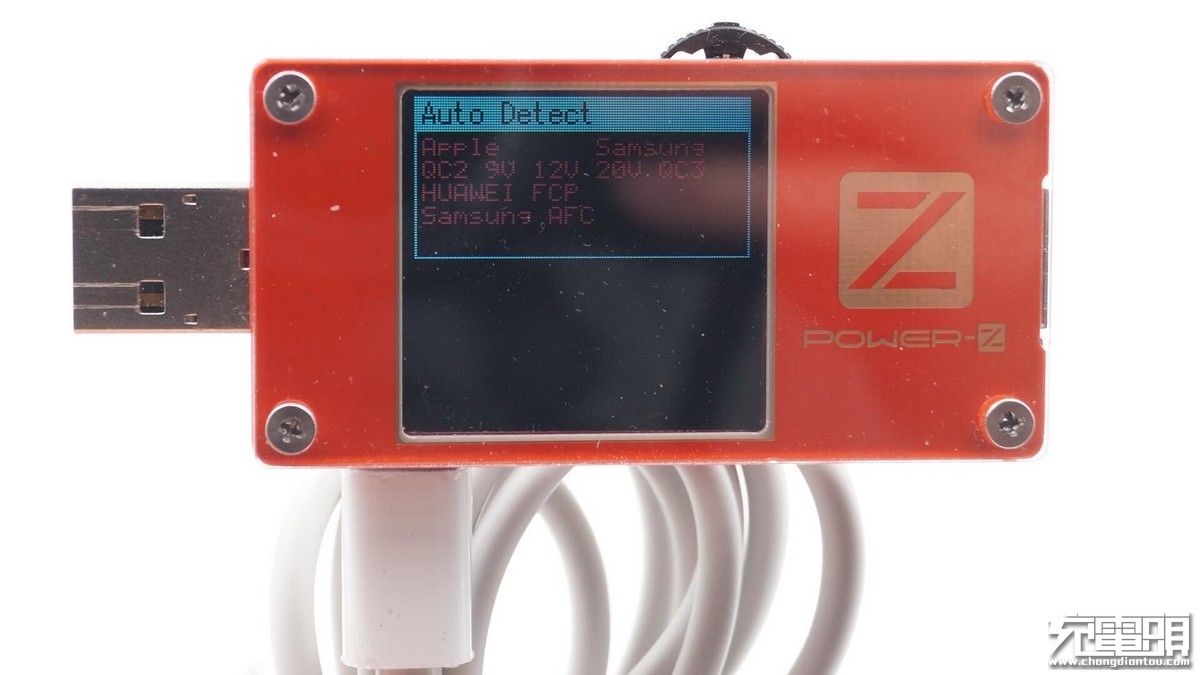 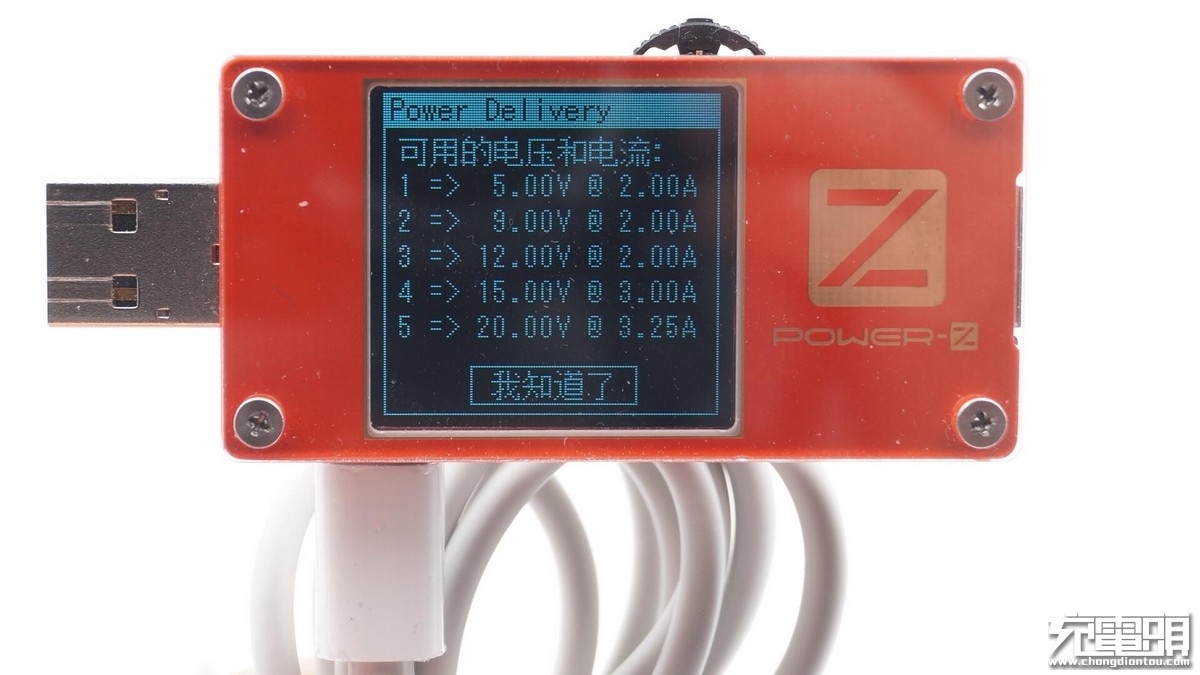 Read the charger PDO message and display the list of maximum current supported by each voltage in PD mode, which are 5v2a, 9v2a, 12v2a, 15v3a and 20v3.25a respectively, which are completely consistent with the packaging nominal. 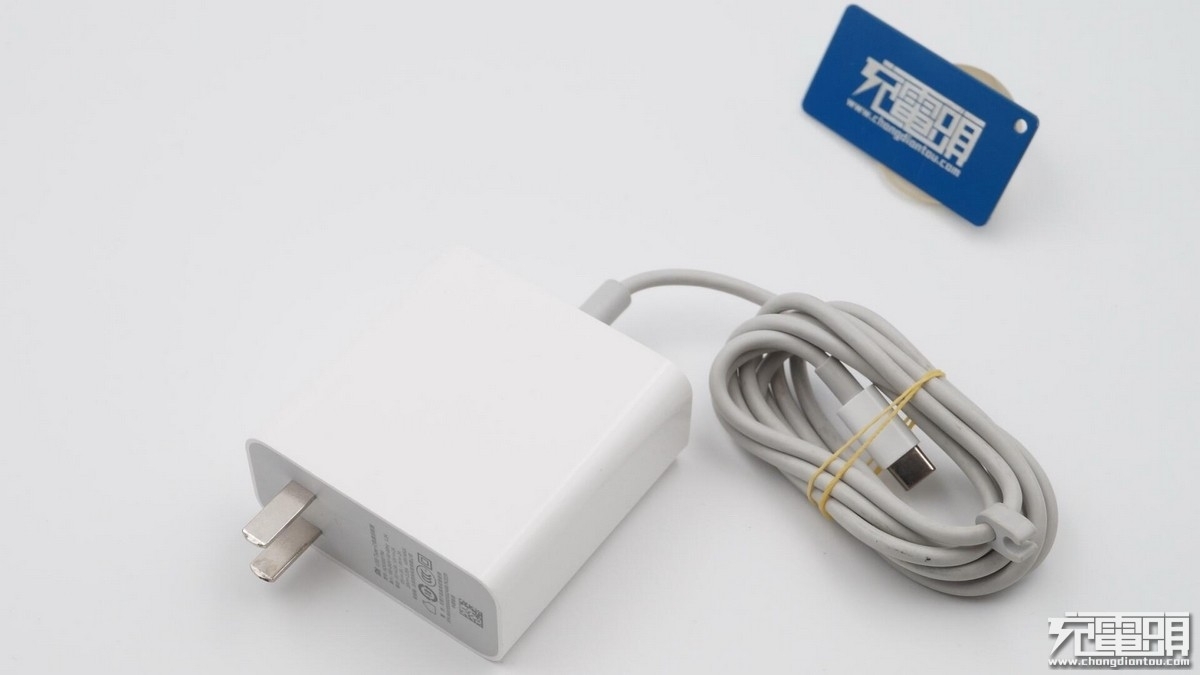 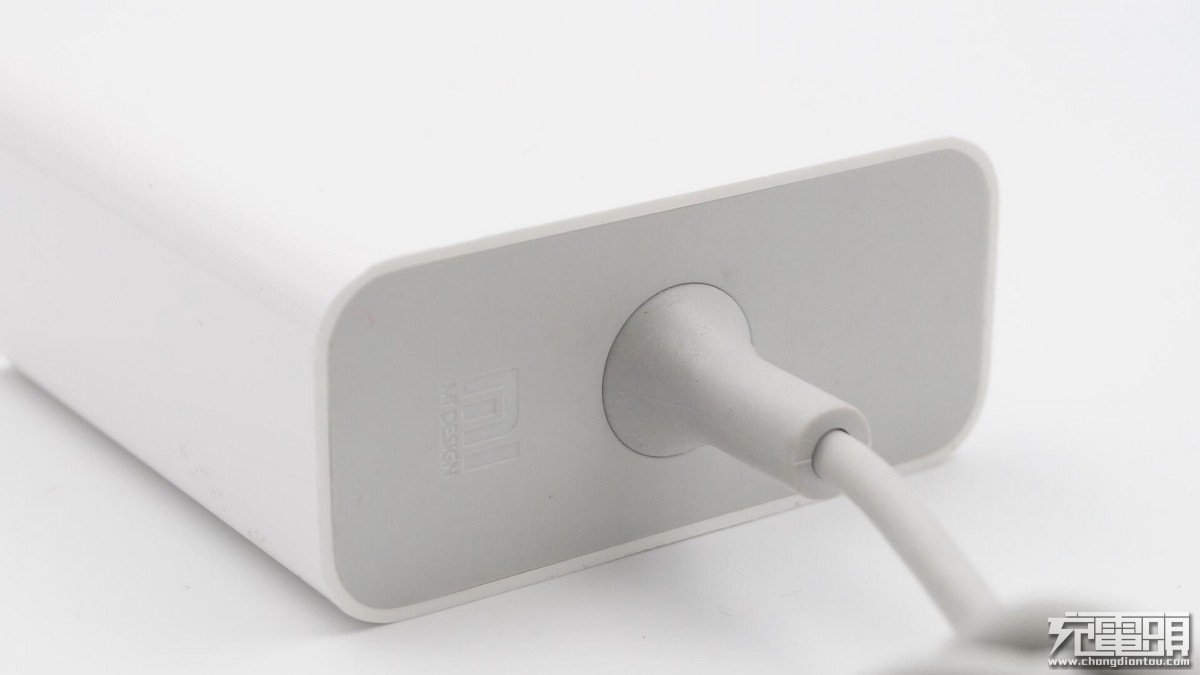 The root of power output line is reinforced to ensure durability. Next to it is the millet logo. 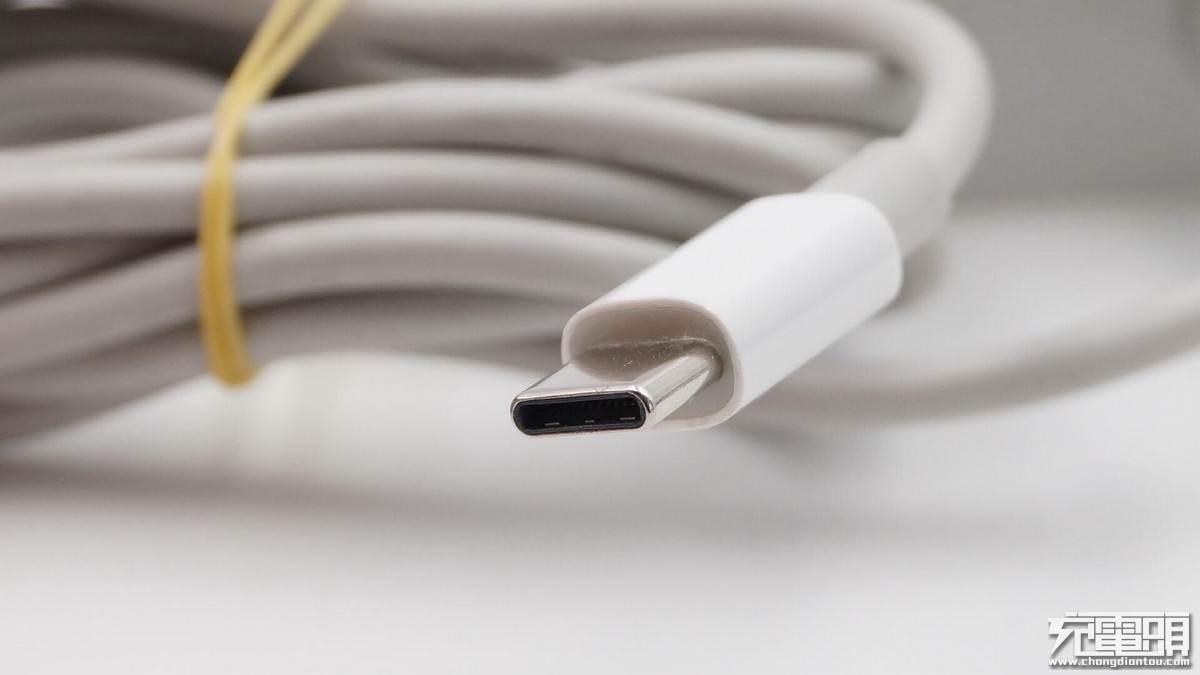 The output interface is usb-c terminal. 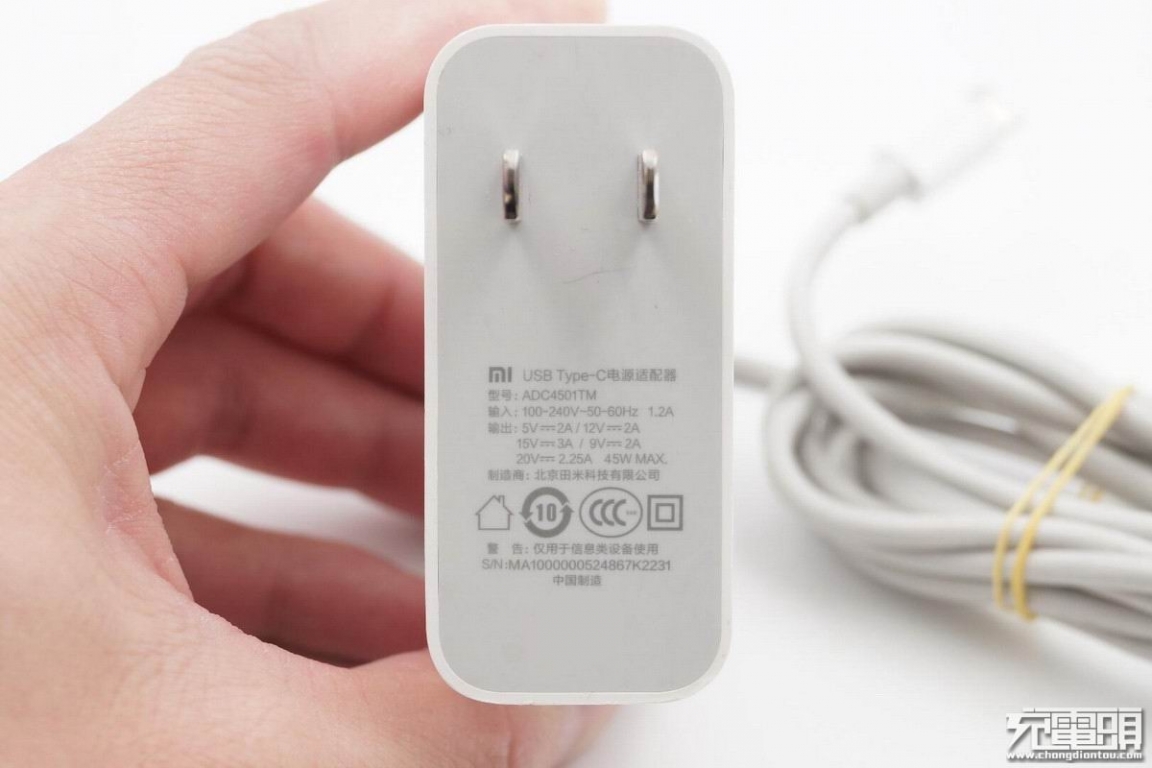 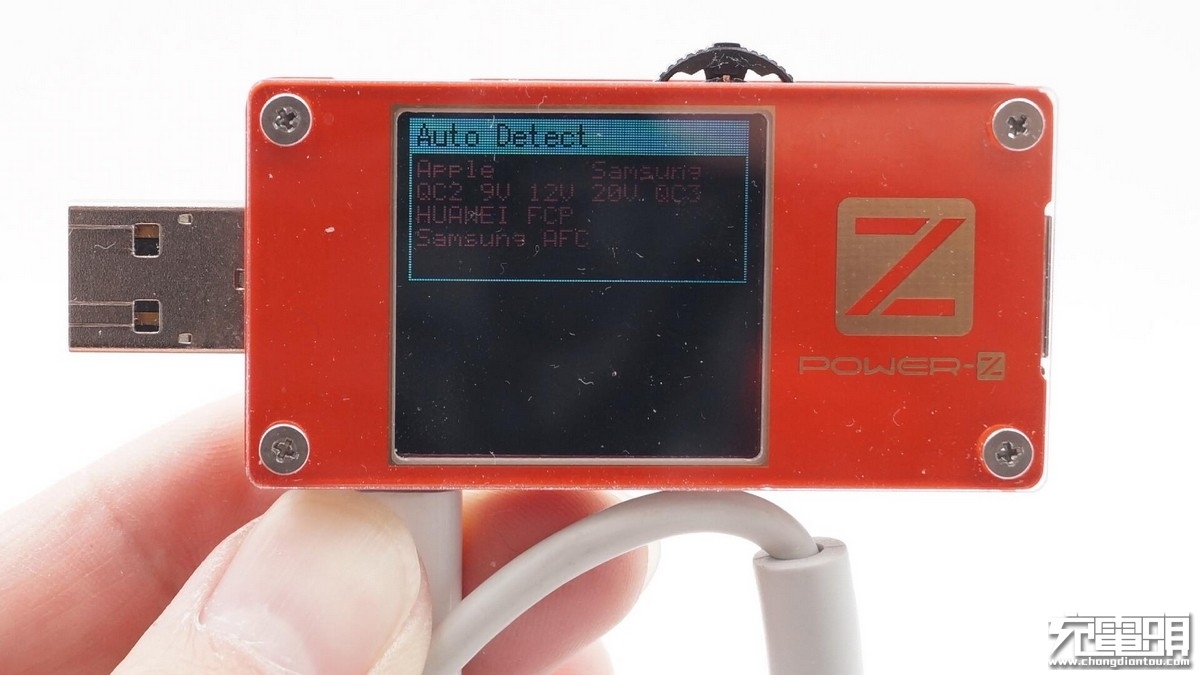 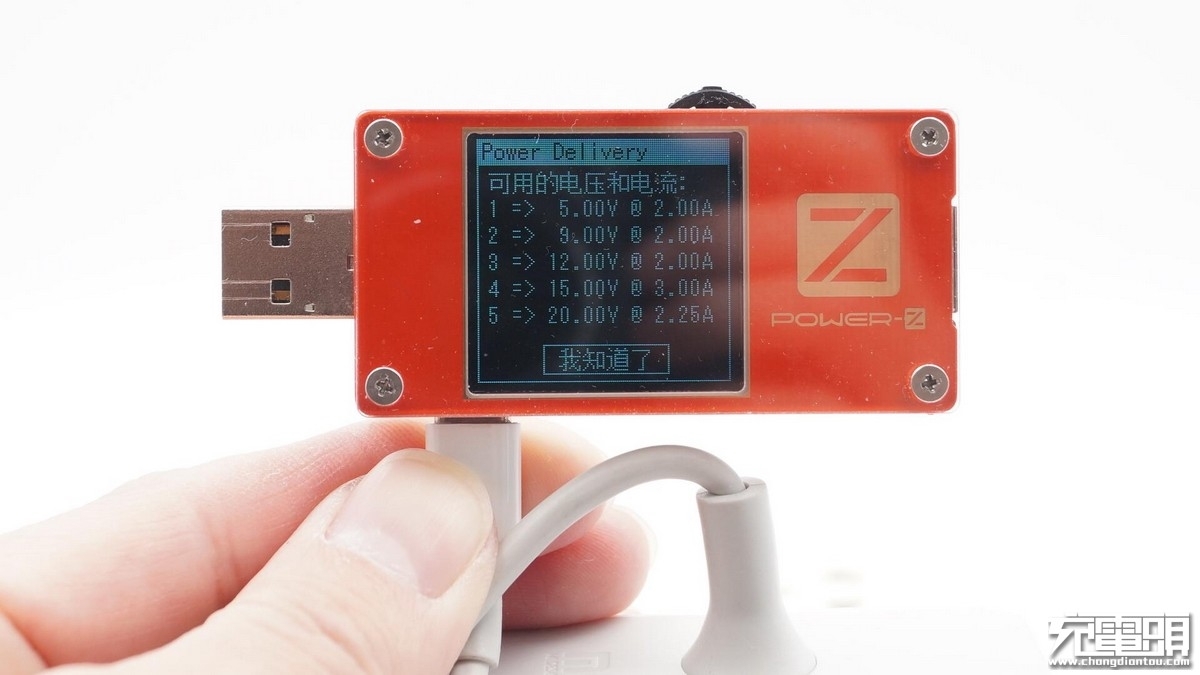 Read the charger PDO message, and display the list of maximum current supported by each voltage in PD mode, which are 5v2a, 9v2a, 12v2a, 15v3a, 20v2.25a, which are completely consistent with the nominal packaging. 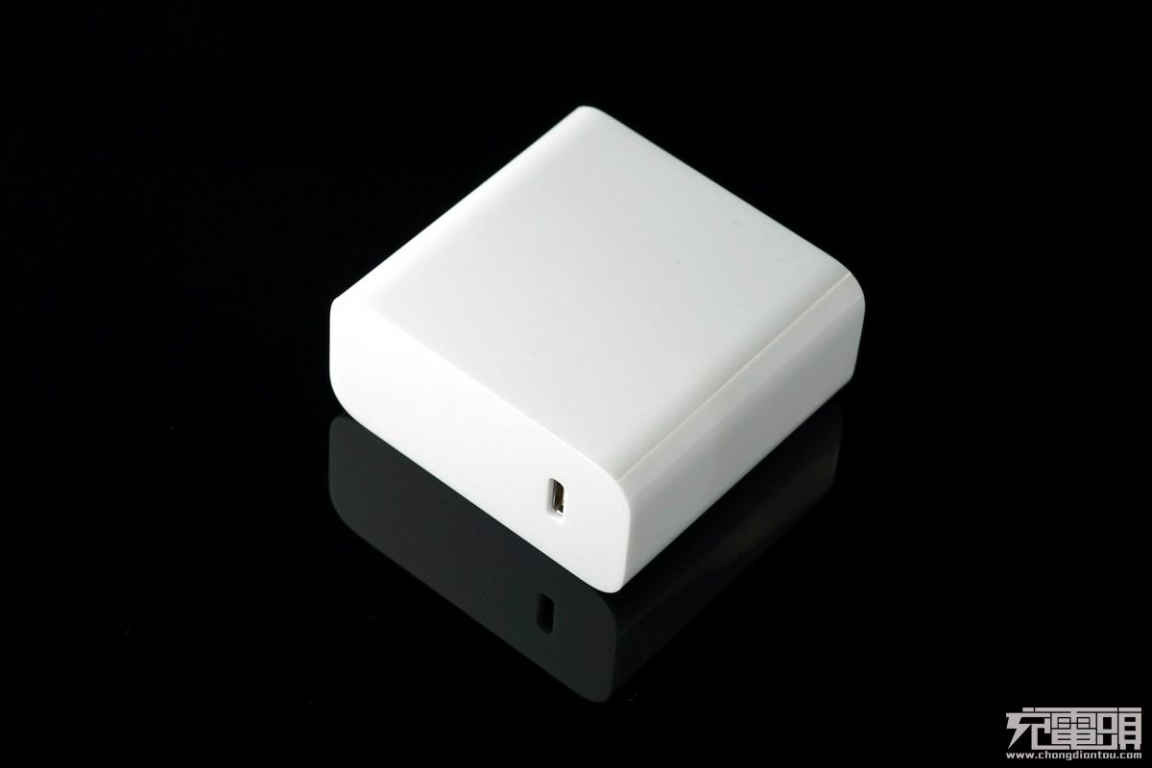 In 2017, most of the mobile phone brands in the market have transformed to the usb-c interface and PD fast charging lineup. At this time, Xiaomi launched a 45W PD charger based on the USB PD fast charging standard, covering the voltage of 5V 9V 12V 15V 20V, preparing for the arrival of PD fast charging. 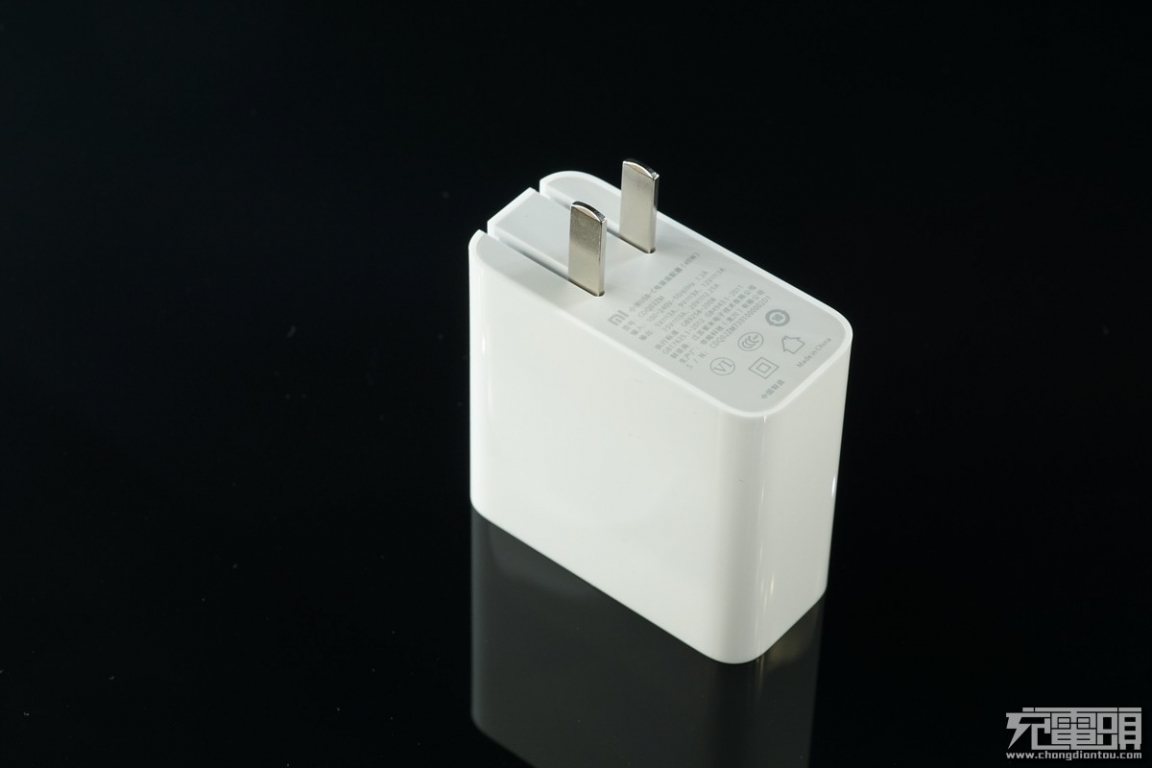 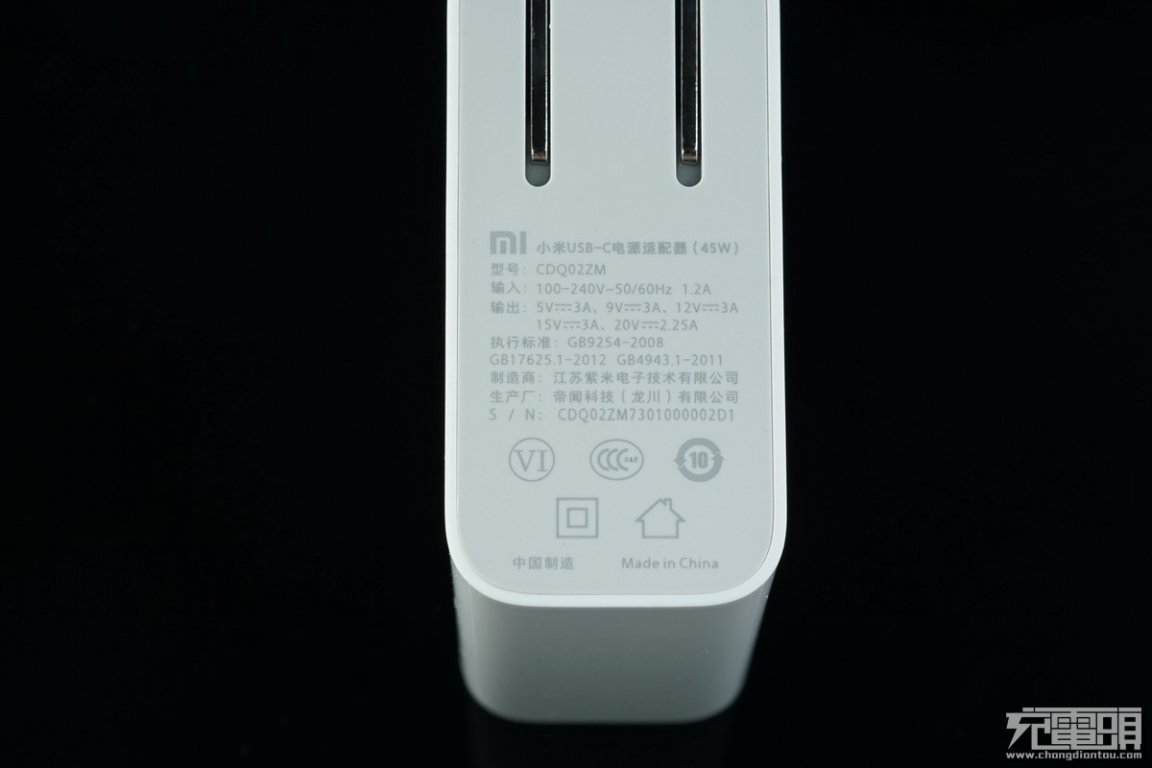 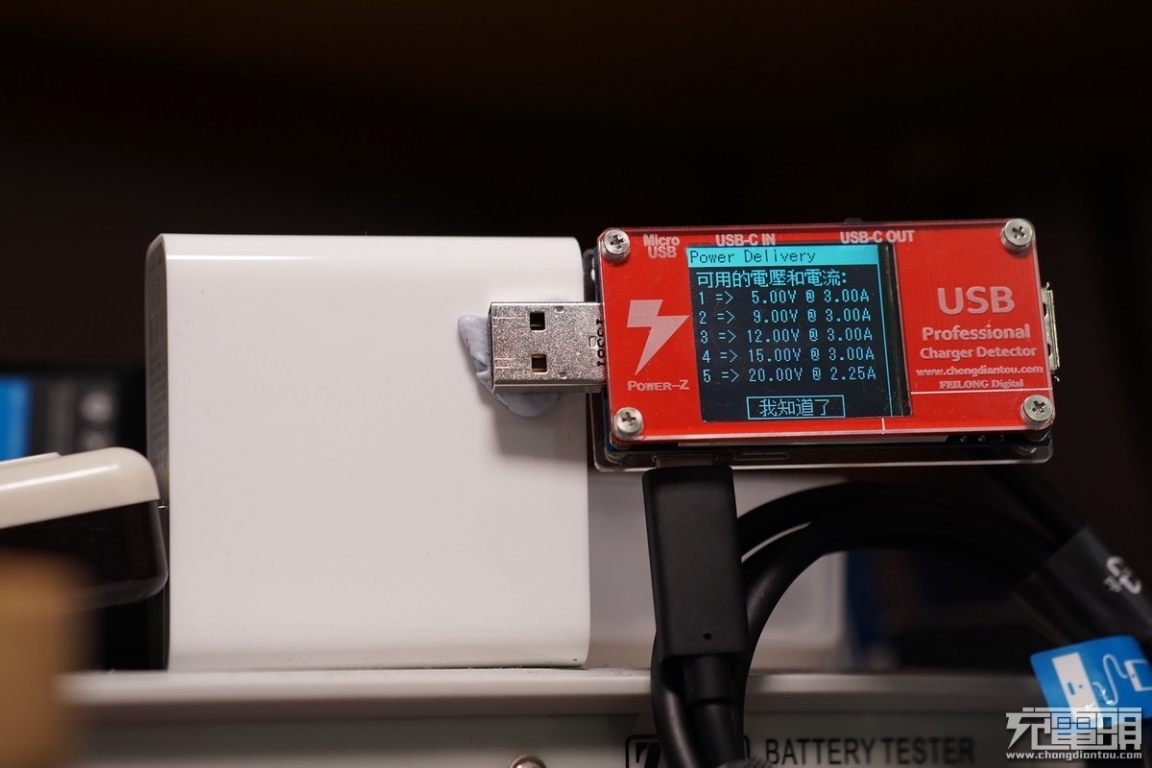 In 2017, Xiaomi launched a 45W PD charger, which is compatible with qc2.0 and qc3.0, becoming a hot PD power supply. With the matching of Zimi 10 mobile power supply, Xiaomi's notebook also switched to PD charging, and the power reached 65W. Then, in 2018, Xiaomi launched the same series of 65W PD chargers, providing users with a cost-effective choice for high-power PD charging, which instantly became a popular product in the market. 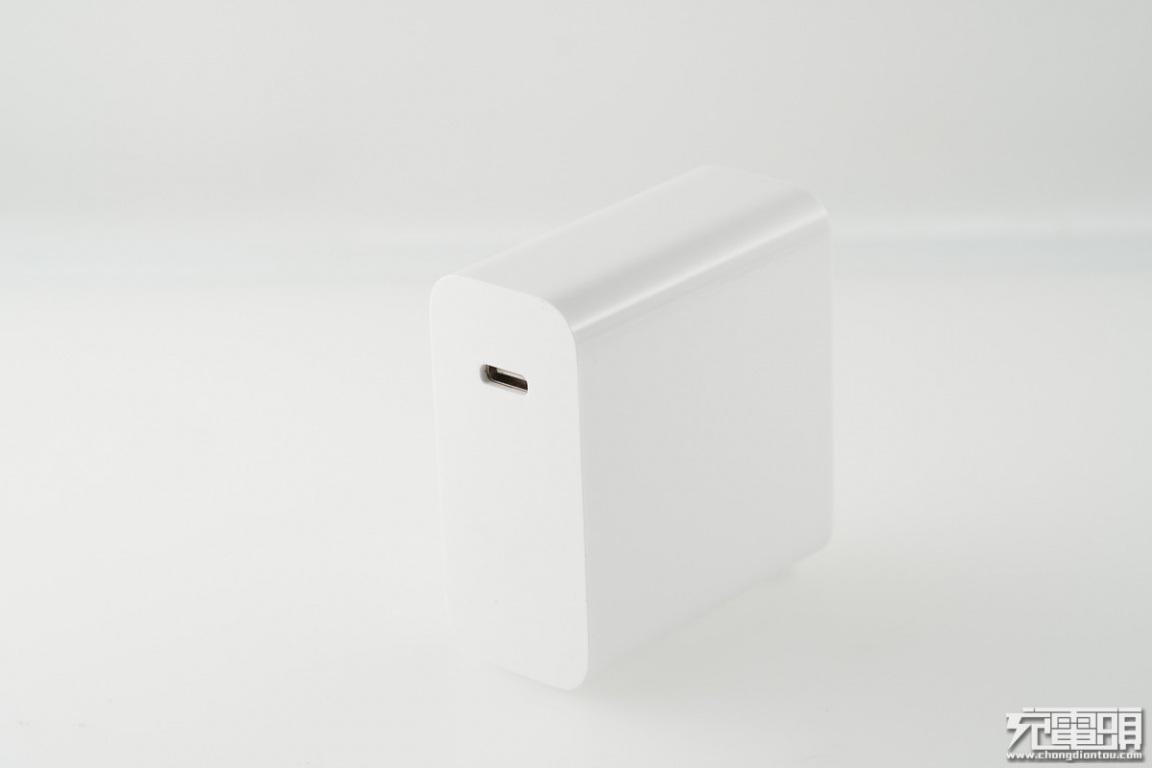 Xiaomi 65W charger has a white non-standard shell, which is completely consistent with the previous Xiaomi 45W charger. It is equipped with a 2m ubs-c charging cable as standard, and the output interface is a single usb-c output port. 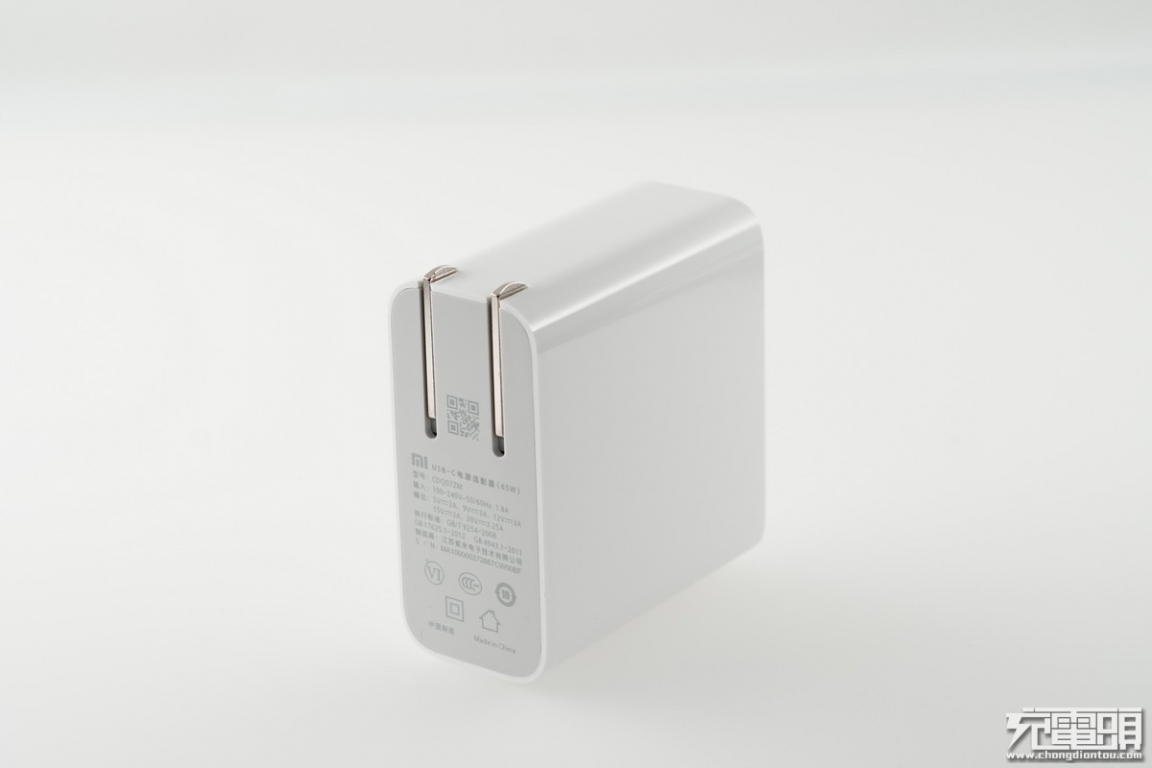 At the bottom of the charger, you can see that it is designed with folding feet, which is convenient for storage and carrying. 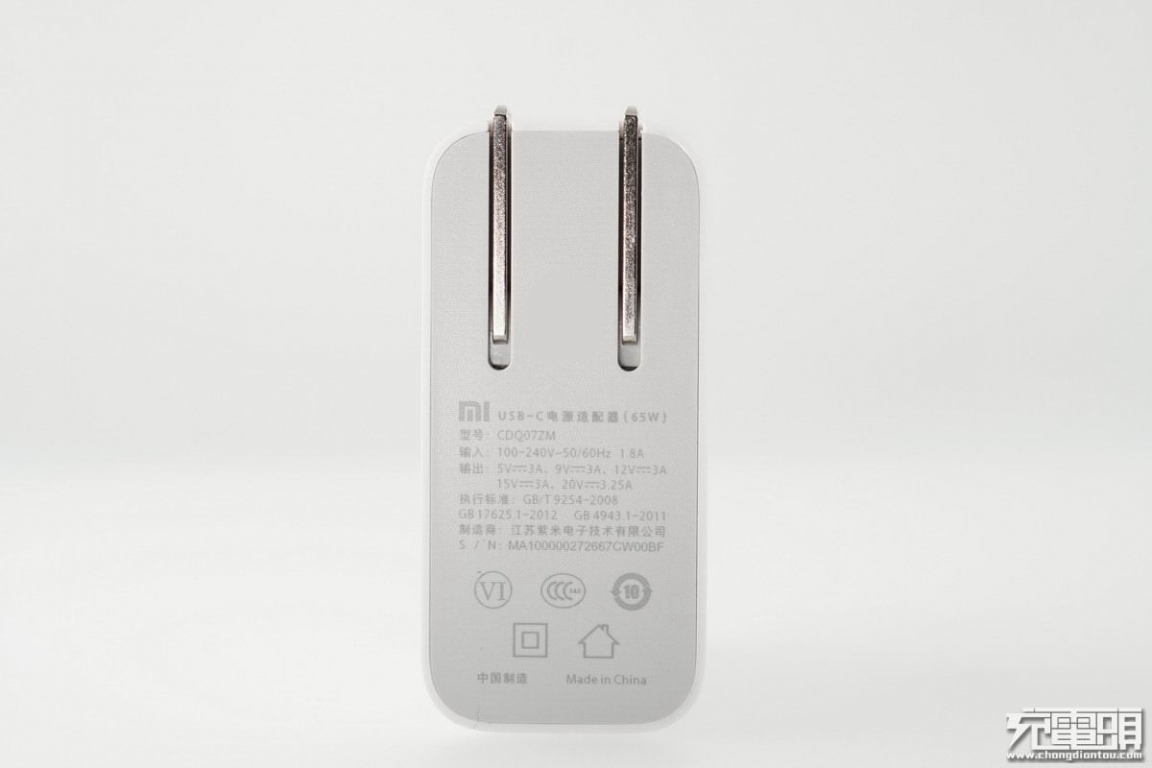 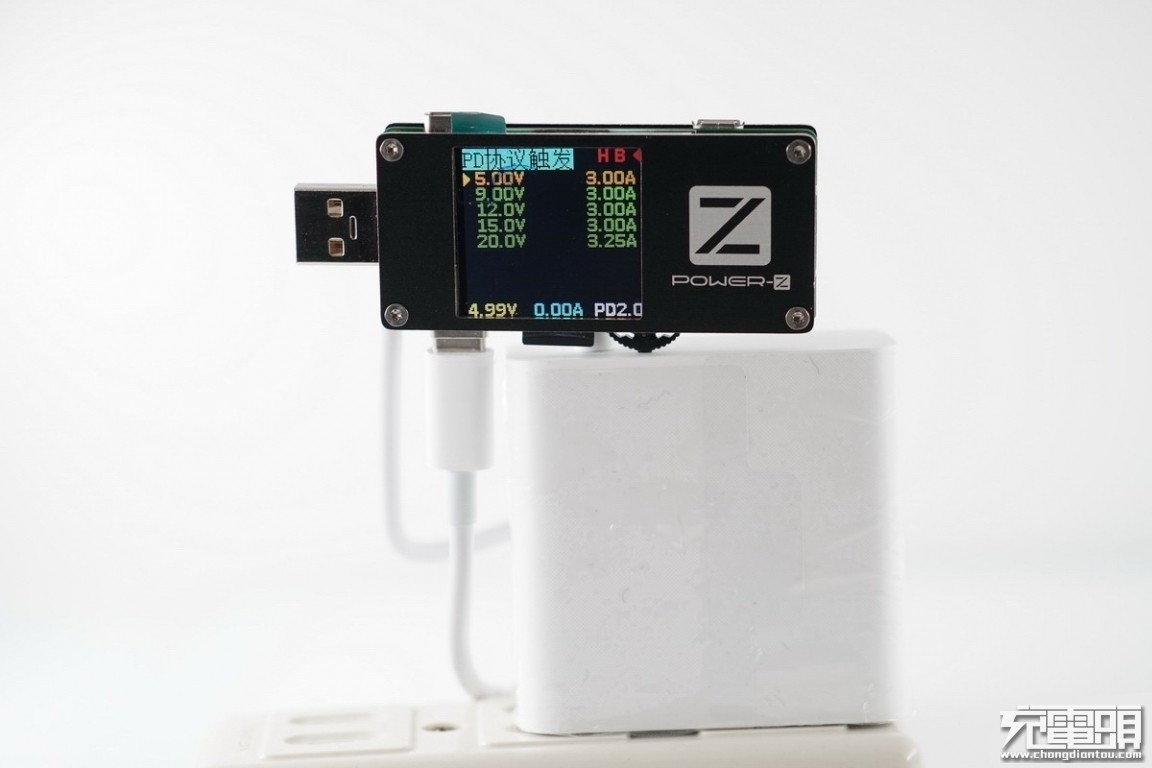 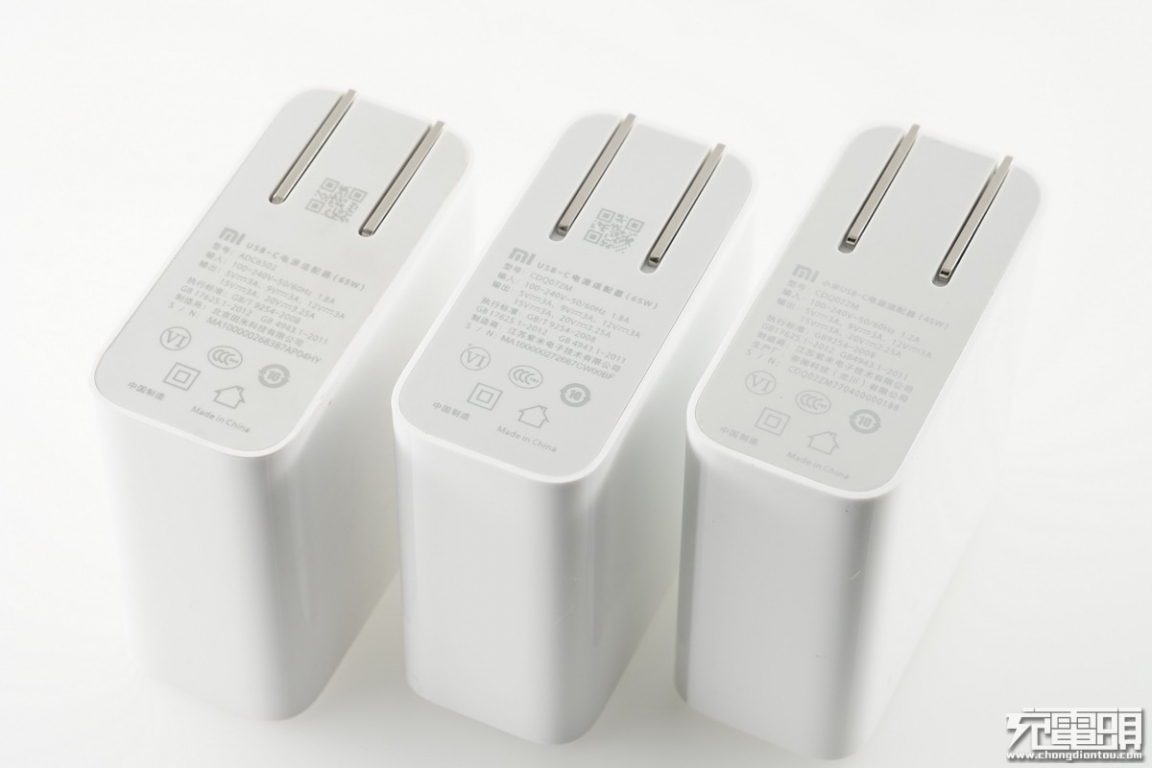 The above is the inventory of six types of Xiaomi notebook PD chargers. They include two types of usb-c cable and four types of conventional usb-c interface products. The power covers 45W, 65W and 90W, all of which are developed based on USB PD fast charging protocol.

The four usb-c output products not only support PD fast charging, but also support qc2.0 and qc3.0, which are two common fast charging protocols. In terms of PDO voltage, all products have complete five fixed voltage output files, which can provide fast charging support of corresponding voltage for mobile phones, tablets and laptops with good compatibility.