ASUS Rog officially announced a new generation of Rog game phones on January 13, which will carry the latest flagship snapdragon 888 processor of Qualcomm.

From the picture, Rog game phone 5 still inherits the design style of the previous generation. The appearance design of the back is basically the same as that of the previous generation. The rear three camera adopts horizontal arrangement, and the main camera is 64 million pixels. The brand logo of Rog is moved to the lower left corner of the back.

In addition, the side of Rog game phone 5 is also equipped with a red independent button, which is supposed to be able to enter the game mode with one click.

At present, the government has not released any information about the new generation of Rog game phones.

However, according to the national quality certification website,ASUS Rog game mobile phone 5 has passed the national 3C certification, information shows that the machine will be equipped with a 60W / 65W fast charging head, the battery capacity of more than 6000mAh, which is also the largest model in the existing game mobile phone battery capacity.

It is worth noting that although no official information has been released at present, judging from the warm-up posters,Rog game phone 5 may go a step further in the overall screen design, which seems to adopt the design similar to Xiaomi mix, only retaining the border at the bottom of the screen.

In addition, the poster also shows the star connection diagram of Aries, which belongs to Aries from March 21 to April 19.

From this point of view, the official may imply that the Rog game mobile phone 5 will officially appear in March this year. 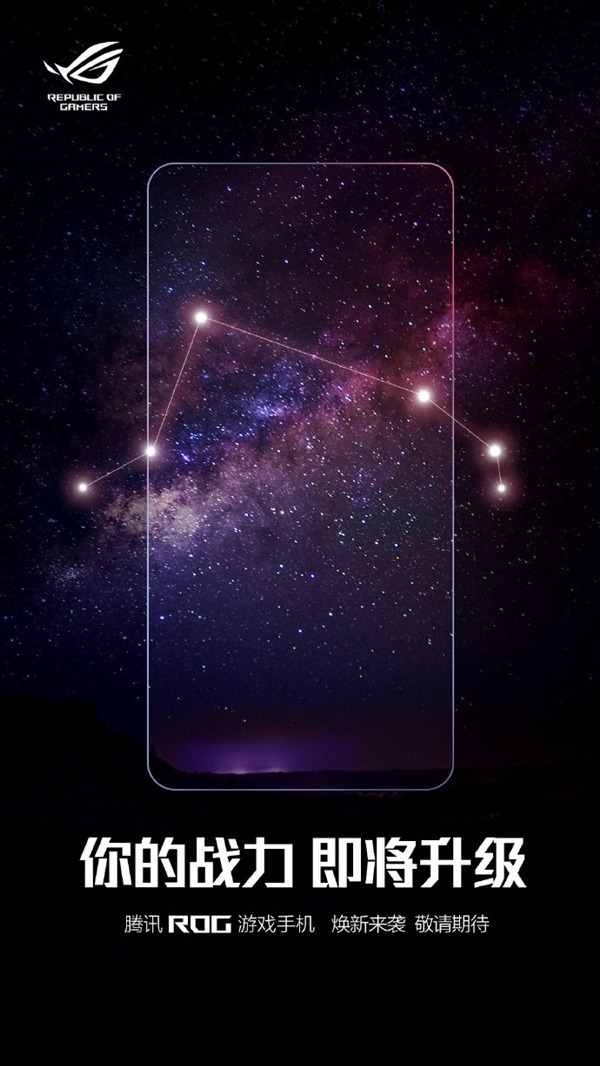 Related news
Double 11 Asustek second wave big promotion attack: ROG game mobile phone 2 limited time Kuihui games this discount 2000
ASUS mobile business Q2 completes transformation of Rog game mobile phone 3 determines shangxiaolong 865
Asustek's Rog phone 3 run points exposure: Xiaolong 865 holds the new generation of king of e-Competition
ASUS Rog phone 3 HD spy photo exposed: design not changed too much (photo)
The first Xiaolong 888 game mobile phone! ASUS Rog game mobile phone 5 real image exposure
Hot news this week
China has found 35 known cases of the new zoonotic virus Langya
Losses in a single quarter of $ 23.4 billion a record, SoftBank did not carry the plunge of technology stocks and the devaluation of the yen
The prevention and control of the American Monkey epidemic has failed. What should I pay attention to?
Kuaishou launched a self-developed cloud intelligent video processing chip: The chip has been streamed successfully
The new product of Xiaomi MIX is coming: both internal and external dual -screen has been upgraded to make up for the previous generation.
Ministry of Public Security: Single telecommunications network fraud continues to cause 40 % of all electrical fraud cases
A new zoonotic virus, Langya, found in China has not yet been confirmed to be transmitted from person to person
A tech company in Shanghai has been fined 220,000 yuan for swiping orders to improve its ranking on Yelp
Special price "kill ripe"? Bike-sharing platforms have different prices for the same package for different users
Alibaba: Shareholders SoftBank will settle in advance for advanced payment in advance involving a maximum of about 242 million ADR
The most popular news this week
Apple's new iPad does not support 3.5mm headphone hole, Baidu map big update, anchor adopted two protected plants were checked, Rui Dragon 7000 series price stolen, these are the o...
A proposed ban on Internet addiction in California has failed
Industrial star attraction strategy to cope with the American semiconductor strangulation strategy
"Mother of the Chip" suffers! The United States blocked EDA to China: not so simple
8K Super Clear screen records Lingyue of China Space Station! Only 0.72 seconds
Sell to Tencent less than a year Sogou by the big purge: three major businesses are gone
After being suppressed by the United States, why did Ren Zhengfei thank you?
The fightback is coming! After ditching 34 Chinese suppliers, Apple was decisively rebuffed by two Chinese companies
Too sudden! The United States is clamping down again
Why is brain labor tired? Scientist: The brain can make poison