Internet companies that do not lend are not "good companies" 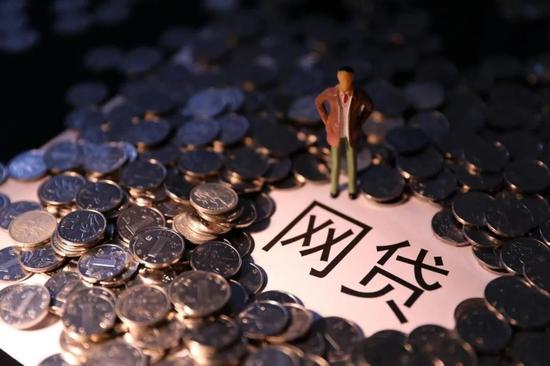 Debt, has become the shadow of this session of young people can not escape.

Once online, the loan is as deep as the sea. On the eve of last year's double 11, the "debtors' union" rushed into the microblog hot search. This Douban group gathered a group of people who were in debt for various reasons, such as over consumption, fraud, investment failure, and so on. They gathered together to warm up and comfort each other, but so far few of them have landed.

In recent years, the frequent thunder of P2P has killed those online lending companies. However, the bloody everywhere has attracted more giants.

Because in the difficult year of 2020, almost all Internet giants have more or less entered the field of online lending. Everyone's life has been so difficult, giants still want to lend money to people who need money, what kind of spirit is this?

No one can escape Internet lending

After three years of ink weather, Chenchen finally decided to uninstall the weather service software that she originally preferred. In the past two years, she has found that there are more and more advertisements for ink weather, covering recruitment, rental, second-hand housing, second-hand goods, housekeeping, life services, etc. almost all places where they can be implanted have been implanted with advertisements. But what's more intolerable to her is the surge of loan advertisements.

For software products advertising for Internet finance, users have the right to unload. However, if they can unload all of them, there are not many apps that users can continue to use. 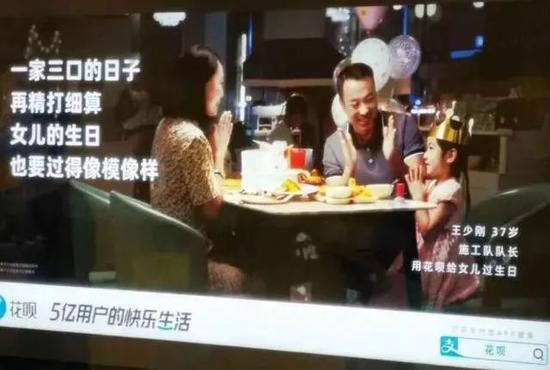 Alibaba's beautification of lending, Jingdong's vulgar marketing, and giants' eating habits have caused great discomfort to netizens, but this is only the tip of the iceberg of Internet financial advertising.

Tiktok had already seen about 50 loans in the early 2019. Some media revealed that the shake off tone relaxed the restrictions on advertising in the financial industry, even for the tiktok platforms such as usury and violent collection. The tiktok tiktok reported in 2020, which said its advertising revenue in China is expected to reach 180 billion yuan, which contributed nearly 60% of its vibrato. The two major advertising boards of games and finance are the most important source of profit for the jitter.

Giant routine, both when and stand

When the concept of Internet finance was put forward, it was quite meaningful to change the traditional finance and support the vulnerable groups. In China, more than 80% of the common people and small and micro enterprises are in fact difficult to obtain financial services from traditional financial institutions, especially individuals. The consumption demand and desire of the young generation are expanding unprecedentedly, but their consumption ability is restricted by the reality of anxiety such as loan and car loan. So to a large extent, this group is ignored in front of traditional finance.

The emergence of Internet finance, because it reduces the threshold, is considered to be the most feasible form of Inclusive Finance.

However, today, inclusive finance has become a general liability.

Why do you say that? Take 360 finance as an example. As early as October 2018, 360 IOU, the core product of 360 finance, reached a scale of 10 billion yuan in a single month. In this year, the income of 360 IOU business accounted for 83.09% of the total business of 360 finance. What is 360 IOU? It's a small and micro credit platform for ordinary users, so it's not inappropriate to say that 360 finance is a lending company.

Does Internet Finance widen the gap between the rich and the poor?

However, Internet finance has not yet sunk into the low-income group, but has pushed many middle-income people or families into debt predicament. The reduction of their wealth is the main reason for the widening gap between the rich and the poor.

Among the 86.6% of the young people who use credit products, 57% work after 90, 39% work after 95, and 21% school students. It's because of their parents that the online lending platform dares to lend money to students at school or to Xiaobai who graduated soon, but the families behind them have to pay for their children's debts.

What about the Internet giants? He is still happy to stir up opposition and indulge desire.

It is worrisome that, in the case that the chaos in the industry does not cause reflection, Internet companies will use financial means to harvest users, or there will be no bottom line, and will eventually go to the edge of out of control.

But the first ones to get out of control this time are Internet companies that may be lending like crazy.

Related news
Chromium version of Microsoft Edge browser will ship with Internet Explorer
Internet Archive: recording the forgotten Internet
IPhone users call Android Internet Explorer on their phones
Microsoft stops supporting Internet Explorer 10 of Windows Server 2012
Hot news this week
Swati Mohn: the star behind NASA's historic Mars landing
International payment giants deploy digital currency one after another, visa has supported 35 digital currency service providers around the world
Windows 10 update coming: Microsoft solves high memory, blue screen, screen rendering and other problems
Former Harvard professor bombards Chinese scholars: academic "touch porcelain"! Response: the person concerned has been dismissed
Baidu releases Q4 financial report in 2020: Apollo intelligent transportation and intelligent driving develop at full speed
Guan Guisen, chairman of China youzan, resigns from his post in connection with a criminal offence and returns 28 million yuan of illegal income
According to the news, Xiaomi has already had a number of automobile related patents and trademarks before deciding to build the car
Don't change the plane, Lenovo Chen Jin: it's suggested that waiting for the rescuer will bring the most thorough solution of Xiaolong 888
The 27 year old Chinese boy became famous in the first World War! Making the most accurate prediction model of the new crown in the United States
Baidu financial report teleconference record: CEO and brand of electric vehicle joint venture with Geely have been determined
The most popular news this week
Samsung is expected to launch a laptop with exynos 2200 and AMD GPU this year
Function inventory of win10 new edition
Amd confirmed that it will launch a press conference on March 3: it is expected to launch RX 6700 / XT graphics card
11.5 "2.5k screen! Lenovo Xiaoxin pad Pro tablet returns first price: 1999 yuan
Munger: I don't know which is worse, a trillion dollar Tesla or 50000 dollar bitcoin
Sources say iPhone 13 will use snapdragon X60 baseband: Apple continues to improve new signal / 5G performance
YouTube to launch parental control for adolescent families
A browser extension shows what the Internet would look like without big technology companies
The iPhone 13 product line is expected to use Qualcomm's snapdragon X60 modem to bring a number of 5g enhancements
Naixue's mystery of tea IPO: why can't it be Starbucks forever?