Since 2016, the domestic mobile phone market has fallen into a situation of "double decline" in the number of shipments and new models on the market, which has been the case for four consecutive years. 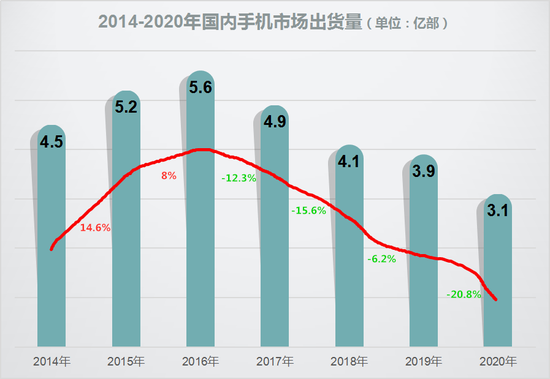 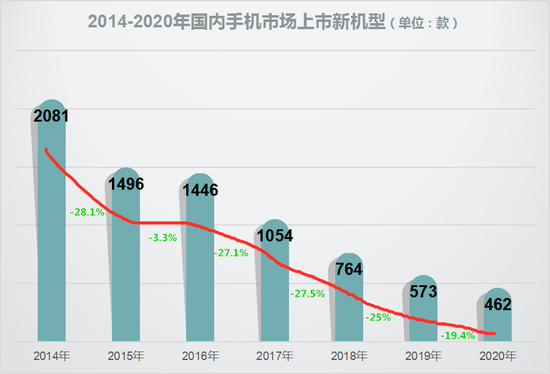 5g mobile phone has occupied half of the market 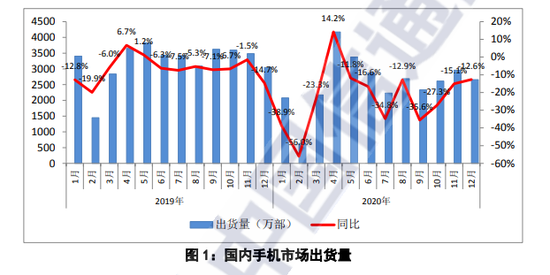 The weak state of the global and even China's smartphone market is likely to change in 2021. 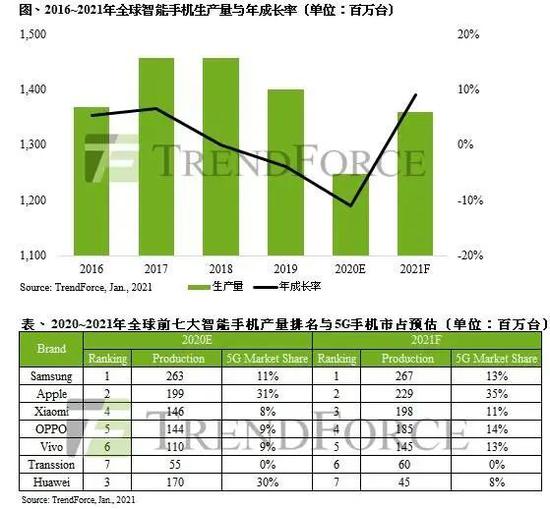 Related news
T-Mobile beyond AT
Hot news this week
Swati Mohn: the star behind NASA's historic Mars landing
International payment giants deploy digital currency one after another, visa has supported 35 digital currency service providers around the world
Windows 10 update coming: Microsoft solves high memory, blue screen, screen rendering and other problems
Former Harvard professor bombards Chinese scholars: academic "touch porcelain"! Response: the person concerned has been dismissed
Baidu releases Q4 financial report in 2020: Apollo intelligent transportation and intelligent driving develop at full speed
Guan Guisen, chairman of China youzan, resigns from his post in connection with a criminal offence and returns 28 million yuan of illegal income
According to the news, Xiaomi has already had a number of automobile related patents and trademarks before deciding to build the car
Don't change the plane, Lenovo Chen Jin: it's suggested that waiting for the rescuer will bring the most thorough solution of Xiaolong 888
The 27 year old Chinese boy became famous in the first World War! Making the most accurate prediction model of the new crown in the United States
Baidu financial report teleconference record: CEO and brand of electric vehicle joint venture with Geely have been determined
The most popular news this week
Samsung is expected to launch a laptop with exynos 2200 and AMD GPU this year
Function inventory of win10 new edition
Amd confirmed that it will launch a press conference on March 3: it is expected to launch RX 6700 / XT graphics card
11.5 "2.5k screen! Lenovo Xiaoxin pad Pro tablet returns first price: 1999 yuan
Munger: I don't know which is worse, a trillion dollar Tesla or 50000 dollar bitcoin
Sources say iPhone 13 will use snapdragon X60 baseband: Apple continues to improve new signal / 5G performance
YouTube to launch parental control for adolescent families
A browser extension shows what the Internet would look like without big technology companies
The iPhone 13 product line is expected to use Qualcomm's snapdragon X60 modem to bring a number of 5g enhancements
Naixue's mystery of tea IPO: why can't it be Starbucks forever?