With Trump's departure, it is not just the US government that has changed policy.

According to government and industry sources quoted by Brazilian media, the Brazilian government will not prohibit Huawei from participating in the 5g spectrum auction in June this year. In December 2020, there was news that Huawei would be excluded from Brazil's 5g network construction.

Sun Yanfeng, deputy director of Latin America Institute of China Institute of modern international relations, said in an interview with China first finance and economics that with the Biden administration coming to power, the importance of Huawei factor in the relations between the United States and Brazil will be weakened. At the same time, the Brazilian industry and mainstream media have called for a level playing field in Brazil. Under the combined influence of these factors, it is relatively favorable for Huawei.

Brazil's move is in line with commercial logic and can bring practical benefits to Brazilian consumers. It remains to be seen whether more countries will follow suit. 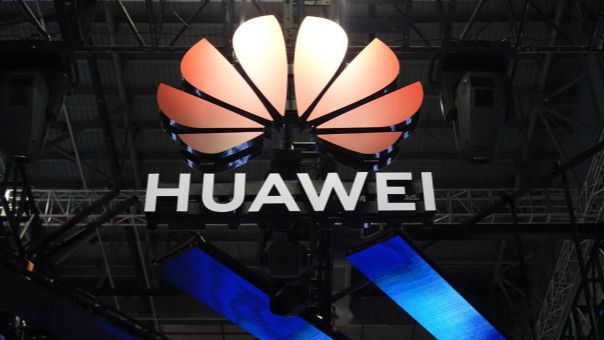 Local media in Brazil disclosed that the departure of the trump government and cost factors are the main considerations of the Brazilian government's motion.

So in 2020, there was news that Brazil was seeking legal ways to exclude Huawei from participating in 5g network construction. But now, with Trump's departure, bosonaro's position seems to have loosened.

In an interview with China first finance and economics, sun Yanfeng said that with the Biden administration coming to power, the importance of Huawei issue will decline in the future bilateral relations between the United States and Brazil, and the Brazilian government may not implement the trump administration's policy of suppressing Huawei.

And cost is the main consideration in the bidding process. According to the estimation of Brazil's National Federation of telecommunications and information technology infrastructure construction, if Huawei is excluded from the 5g construction, Brazil will pay 100 billion reais (122.5 billion yuan) of additional cost, and the development of local 5g network will lag for three years, reducing 2.2 million jobs.

At the same time, whether Huawei will be included in the 5g bidding list is also a topic of concern to the Brazilian people. According to the website of the Chinese Embassy in Brazil, nearly half of the questions in an interview with Chinese Ambassador Yang Wanming by the Sao Paulo page on January 13 were related to 5g.

He said China would not interfere in other countries' choice of 5g partners. At the same time, we believe that Brazil will provide all enterprises with open, fair and non discriminatory market rules and business environment based on objective facts.

In an interview with China first finance and economics, sun Yanfeng believed that the Brazilian government has not yet formally made a final decision on the Huawei issue.

However, enlightened people in the Brazilian government have also made their voices heard. Brazilian Vice President Laurent morang said in a video conference in August 2020 that Brazil is not worried about the threat and pressure from the US side and will not prevent Huawei from participating in the bidding for 5g construction in the country. Huawei has far more technology than other competitors. Since then, he has also made several statements in support of Huawei.

Therefore, sun Yanfeng told China first finance and economics that when bosonaro made his final decision, he should consider three factors, namely, the relationship with the United States, the voice within the ruling team, and the lobbying of the telecommunications industry.

In terms of internal affairs, after Trump's defeat, local elections were held in Brazil at the end of November 2020. The candidates supported by bosonaro were completely defeated and lost in all important cities, indicating that Brazil is also reflecting on populist political ideas.

As trump leaves office, he has not forgotten bosonaro as an ally. Trump signed an order on the 18th to lift the entry ban on non-U.S. citizens who have recently been to Brazil and most European countries, effective from the 26th. The original intention of the ban is to prevent the epidemic, and the current epidemic situation in Brazil is still quite serious.