Xiaomi 11: the year of the ox's exclusive protective shell

There are only 22 days left before the Spring Festival in 2021. With the approaching of the year of the ox, major mobile phone manufacturers have launched peripheral products about the year of the ox. Surprisingly,Today, the official of Xiaomi company even played "stem" through microblog, and revealed a cow protective shell of Xiaomi 11, with an inscription saying, is this the most cow Xiaomi 11 in the whole network? 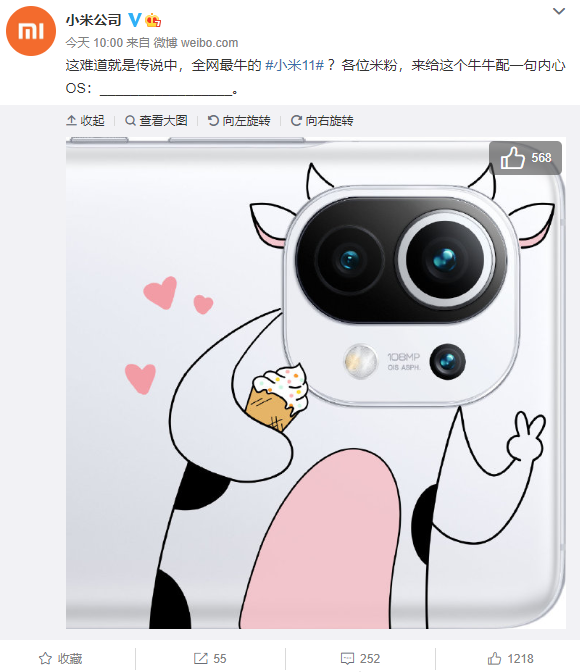 At the same time, the "suggest to buy the copyright" and other messages have also received official replies, which seems to imply that Xiaomi will launch an exclusive protective shell for Xiaomi 11 in the year of the ox when the year of the ox comes.

As a new generation of digital flagship of Xiaomi, Xiaomi 11 has been snapped up by many consumers as soon as it is on sale.

On the day of the first sale on January 1, Xiaomi 11's Omni channel sales exceeded 1.5 billion yuan in just five minutes, ushering in the first good start of the new year.

In addition, Zeng Xuezhong, vice president of Xiaomi group and President of mobile phone division, also revealed that 350000 Xiaomi 11 were sold in the past five minutes.

With the price of 3999 yuan and the first Xiaolong 888 chip, Xiaomi 11 is called "flagship goalkeeper" by netizens. 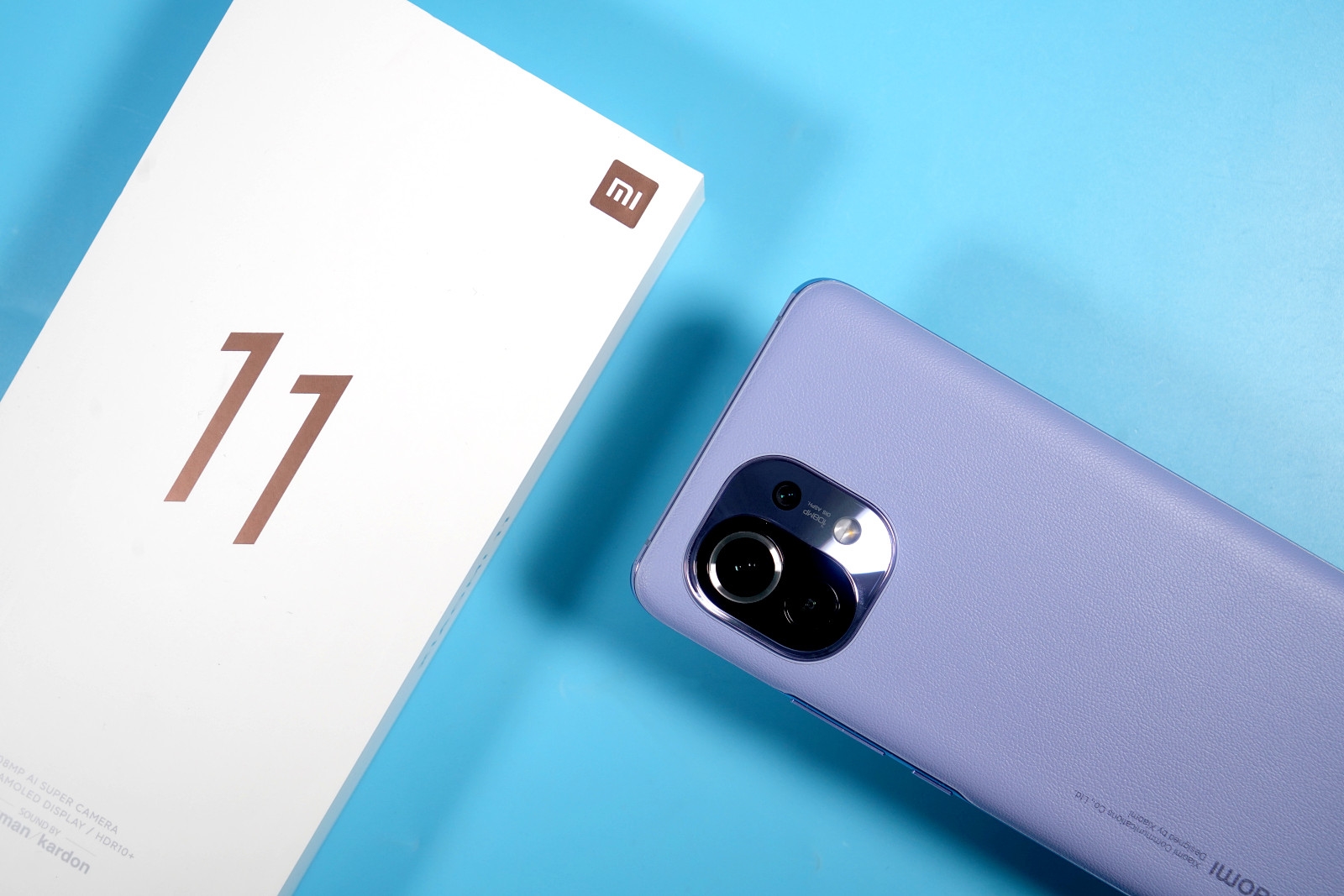 Related news
Exposure of suspected Xiaomi 11 Pro protective case: Design of transverse matrix camera
Millet 11 official shell protection make complaints about no protection after Tucao is not worth recommending.
Xiaomi 11: the year of the ox's exclusive protective shell
Xiaomi 11 Pro poster exposure: real hammer of periscope four camera module
Hot news this week
Is Hongmeng OS Android shell? HUAWEI Wang Chenglu: Tucao people do not make complaints about what is open source.
Netizens said that the ps5 host has been cracked: it is able to mine and calculate the power of super high-end graphics card
Tencent publishes the title party recognition patent for the first time: Based on Artificial Intelligence
I'm hiking in the tropical rain forest of China with apple watch, but my sports record is the last thing I care about
Xiaomi's new patent exposure: four shots are distributed in the four corners of the mobile phone, which can realize 3D photography
The internal test of flyme 9 of Meizu 16 series was launched at the end of April: design, privacy and function upgrade
Ma Yun bought the invention of scanning code to pay several 80s will ring the bell: an estimated value of 54 billion
Three years in vain! Sun, a programmer, compensated Tencent 976000 yuan and returned 158000 yuan for violating the competition agreement
Tencent document online mind map and flow chart, using structured thinking to achieve information management
This year's first big West Mercury show will be held on the 6th! Feel the true face of the smallest planet in the solar system
The most popular news this week
Huawei's cheapest real wireless noise reduction headset freebuses 4I first sale today: 449 yuan
The report said that Russian intelligence forged news websites to spread the wrong information about the new vaccine
From March 1, will wechat start charging for good morning and good morning pictures? Official response
Do you charge for sending such pictures on wechat? Here comes the official response
150 people have been cut in two years! Google understands how much it costs to play games
Huawei's P50 release time is suspended at the end of April: new tablet comes on stage simultaneously
Linux kernel 5.11.4 release adds support for some mainstream hardware
Samsung releases 2021 49 inch G9 super curved display: upgrade Mini LED screen, double brightness to 2000 nits
Sony drift to PC?
The U.S. Department of labor's investigation concluded that Microsoft had no misconduct in the anti affirmative action in the trump era