"Wechat red envelope cover" turned out to be a profiteering business, with some earning 100000 yuan a month secretly

By Tong Tong and Yang Xue 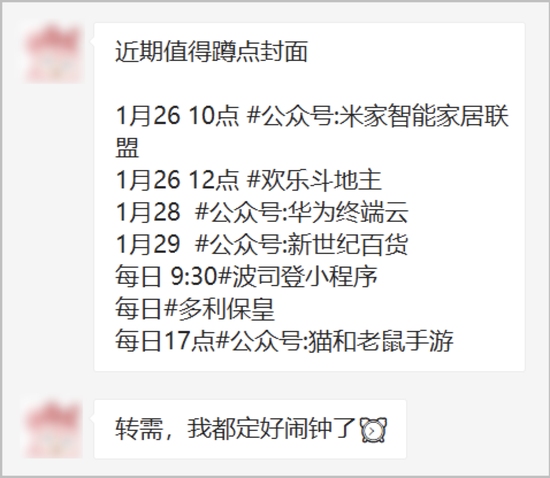 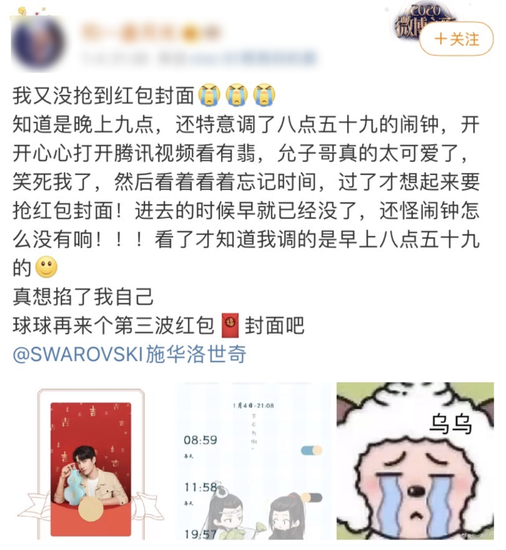 The point is that last month, wechat finally opened the function of customized red envelope cover to individual users, and everyone had a better time.

What are the playing methods and routines? Today we're going to have a grill.

After all, the red envelope cover is just a picture. Why can people get up early and go to bed late and stare at it? After careful study, I found that there was something in it.

Although the customized function of red envelope cover has been open to both enterprise users and individual users, the high threshold application process is still daunting.

The user function of the red envelope must be registered by the official account of the enterprise. The red envelope cover should be paid to WeChat according to the standard of 1 yuan and 1. 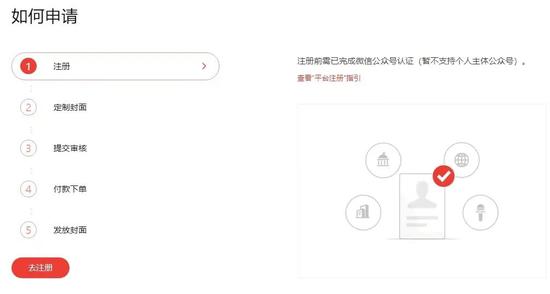 Individual users customize the red envelope cover, although the application fee is also 1 yuan, but the request is still stuck.

In addition to real name authentication and video Number Authentication, personal video number should meet the requirements of publishing one content in nearly 30 days and more than 1000 fans.

Limited time and limited collection is the most basic way to grab the red envelope cover. The official brand will announce in advance the time point, number of copies and the specific way of participation.

The official brand will also announce the time and the number of covers in advance. You only need to click the app link to get it at the specified time. The red envelope covers of Nike and Adidas are such operations. 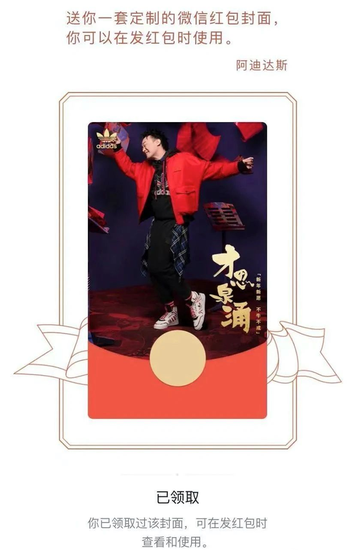 The difference between this method and time limit is that time limit is really a combination of hand speed and Internet speed. If the hand is slow, there will be no more.

Because the probability of winning a lottery is limited, it may take several times to get the cover.

Some people hit it once, and some people can't even hit it 100 times. In a word, it's not harmful, but it's very insulting.

With the increase of the number of participants, many big red envelope cover extraction has more stringent requirements.

That is to say, users must communicate through real social relationship to get the cover.

For example, if you want to grab the red envelope cover of Gucci, you need to fill in your personal information to register members before you can participate in the lucky draw. 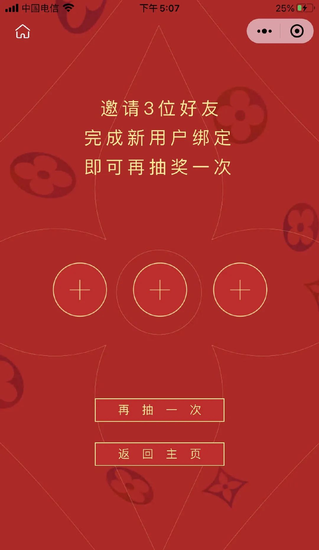 In this way, the brand side not only reduces the customer acquisition cost minute by minute, but also effectively combines the brand exposure advertising and red envelope social networking, resulting in a soaring user touch rate.

After the red envelope cover fire, not only the fashion brand in doing custom cover marketing, game brand is also followed. 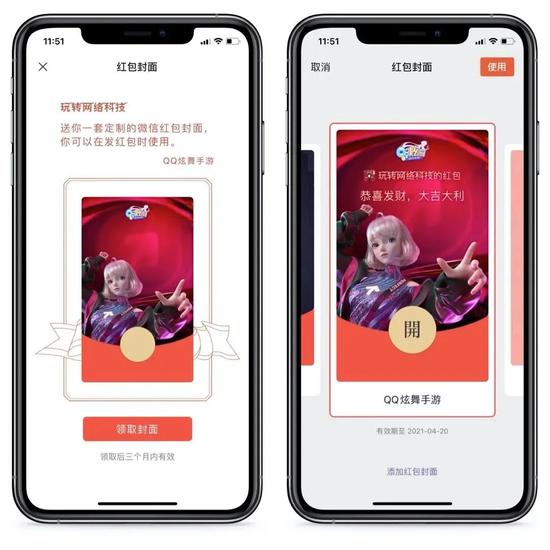 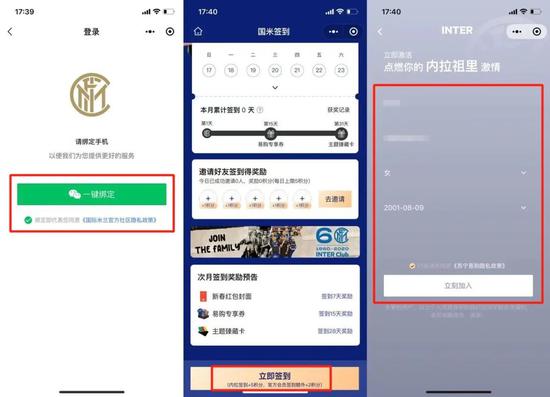 In addition to enterprise users, individual users who meet the application conditions also began to use the red envelope cover to do drainage marketing for themselves, and gave birth to some task treasure fission play.

Although the red envelope cover looks very simple, but you may not think that someone has long relied on this to achieve a monthly income of 100000. 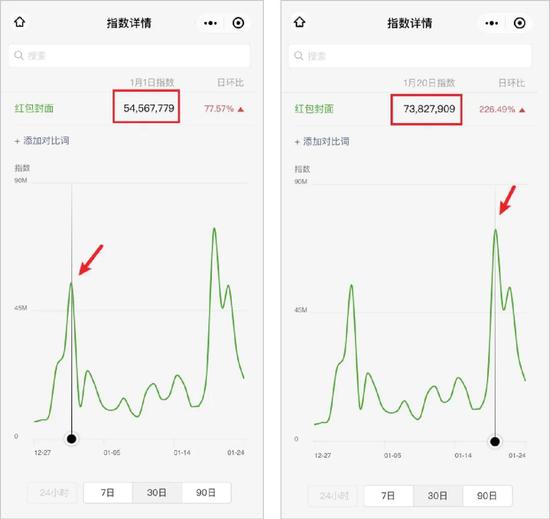 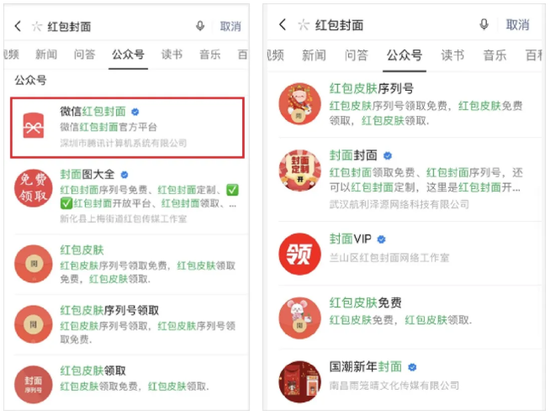 So what is keyword closure? 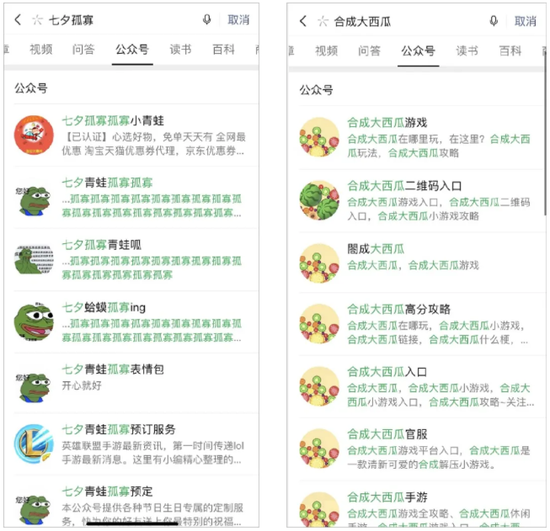 Then the official account issued a large number of articles about the cover of red envelopes every day. Official account of WeChat will rank the public according to the number of words, reading volume and point praise.

As long as users go to WeChat search keywords, these official account will have a great chance to appear, basically can achieve interception on WeChat.

And the number of owners usually open N official account at a time, so the overall exposure rate will follow UPUP.

Official account asks for fans to pay attention to official account and watch videos, so that they can receive red envelopes free of charge. Through these ways, the owner can easily earn tens of thousands of yuan a month. 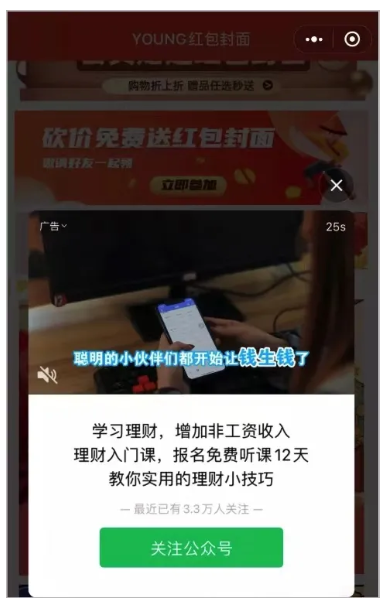 As mentioned above, only through certification, individuals and enterprises can use the red envelope cover. 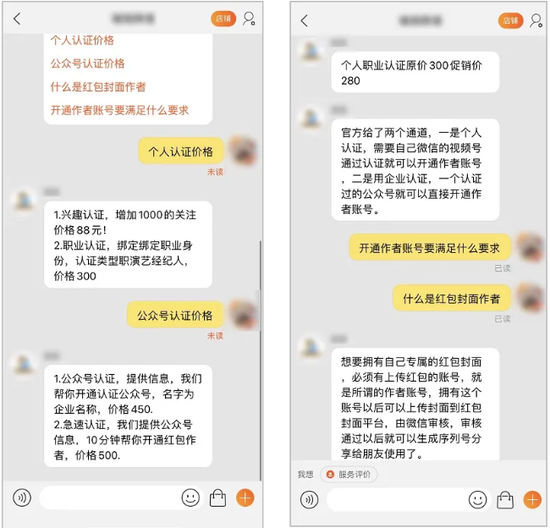 Although the cost of the red envelope cover is only one yuan, but we do not have the qualification of customization, hand speed is not fast enough, can not grab the free cover, we can only go to Taobao to buy ready-made. 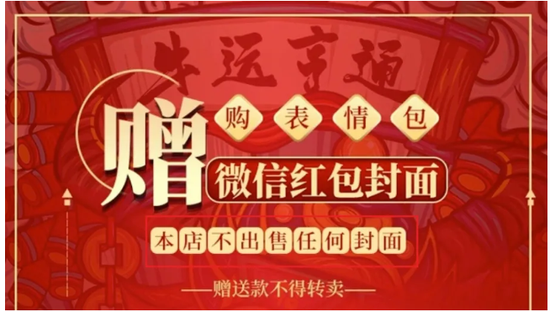 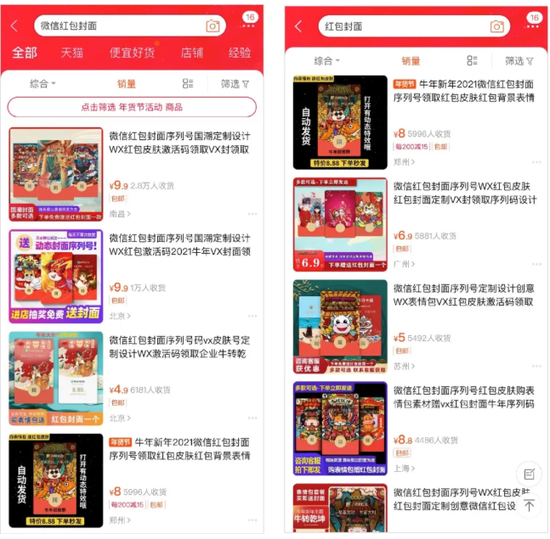 In addition, the price of the red envelope cover of the dynamic version and the personal customized version is more expensive, and the designers are also making a lot of money.

This year, the cover with selfie is also very popular. I asked a designer to customize this kind of personalized cover, and the price would be 100 or 200 yuan. 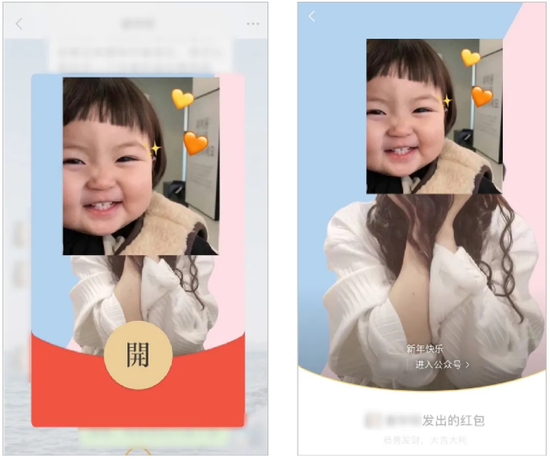 According to the official account @ ten Li village, there is a red envelope cover group, which covers a few days in a day.

There are designers in the group, and the charge for a cover is 999 yuan. Now we still need to queue up, so we can't get more work.

It has to be said that under the threshold of customized cover, wechat red envelope cover has become a kind of social currency.

But it should be noted that wechat official is not allowed to buy and sell red envelope cover! There are still risks in buying and selling covers, which can be recycled at any time.

Related news
The number of monthly accounts of Tencent WeChat and WeChat has reached 1,132.7 million: a year-on-year increase of 7%
Google launched envelope app to put mobile phone into paper case to control mobile addiction
Tencent said Trump's wechat ban may not apply to applications in China
The overseas version of enterprise wechat has been renamed from wechat work to wecom
Tencent: existing wechat users in the U.S. may continue to use but cannot obtain new users, and will continue to negotiate
Change name to avoid ban? Tencent: wecom and wechat are different products
Has soared to 54,000 Wechat and downloads surged in the U.S. over the weekend
Hot news this week
Swati Mohn: the star behind NASA's historic Mars landing
International payment giants deploy digital currency one after another, visa has supported 35 digital currency service providers around the world
Windows 10 update coming: Microsoft solves high memory, blue screen, screen rendering and other problems
Former Harvard professor bombards Chinese scholars: academic "touch porcelain"! Response: the person concerned has been dismissed
Baidu releases Q4 financial report in 2020: Apollo intelligent transportation and intelligent driving develop at full speed
Guan Guisen, chairman of China youzan, resigns from his post in connection with a criminal offence and returns 28 million yuan of illegal income
According to the news, Xiaomi has already had a number of automobile related patents and trademarks before deciding to build the car
Don't change the plane, Lenovo Chen Jin: it's suggested that waiting for the rescuer will bring the most thorough solution of Xiaolong 888
The 27 year old Chinese boy became famous in the first World War! Making the most accurate prediction model of the new crown in the United States
Baidu financial report teleconference record: CEO and brand of electric vehicle joint venture with Geely have been determined
The most popular news this week
One coke can hold all the new coronaviruses in the world
From 17999 yuan! Huawei mate x2 goes on sale today: Zhang Zhilin wants to buy it
The new crown variant found in California may be more infectious and lethal
IPhone 11% top selling smartphone in 2020 iPhone 12 Mini ranks 10th
Apple: imdf has become an international industry standard
Samsung is expected to launch a laptop with exynos 2200 and AMD GPU this year
Function inventory of win10 new edition
Amd confirmed that it will launch a press conference on March 3: it is expected to launch RX 6700 / XT graphics card
11.5 "2.5k screen! Lenovo Xiaoxin pad Pro tablet returns first price: 1999 yuan
Munger: I don't know which is worse, a trillion dollar Tesla or 50000 dollar bitcoin