Some people spend millions a year. What's the charm of blind box? Why can people consume crazily?

I can't stop! Some people spend millions a year addicted to blind box how not to be "pit"?At present, there is a kind of commodity that makes more and more young consumers addicted to it and difficult to extricate themselves - blind box. On January 26, China Consumer Association issued a consumption warning on its official website, pointing out four major problems in the blind box market 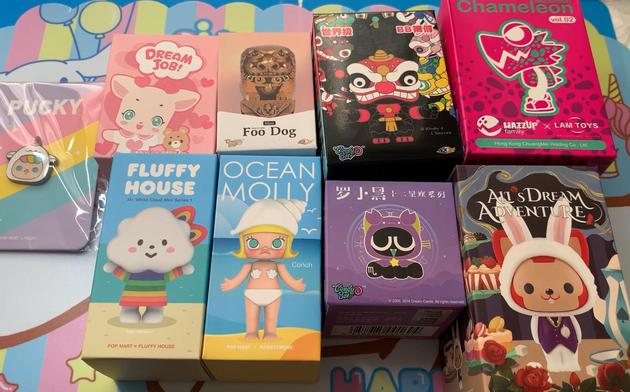 2、 The merchant is suspected of false publicity, and the goods they get are inconsistent with the publicity.

3、 It is difficult to guarantee the quality of products. Fake and shoddy products and "three no" products appear from time to time.

4、 Consumer disputes are difficult to solve, and after-sales service needs to be improved.

What is a blind box?

Blind box originated in Japan in the early 19th century. Every new year, Japanese department stores will randomly select several kinds of different goods and put them into a paper bag to sell at a fixed price. They also give it a lucky name: lucky bag. 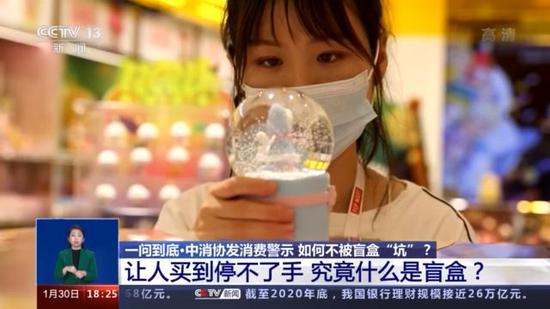 In 2019, a kind of goods similar to lucky bags will become popular in China. At first, different kinds of small dolls will be put into the box for sale. Before buying, consumers do not know which doll is in the box. Only after buying can they open the box to determine the style of the doll, so it is called "blind box". Today, not only dolls, but also restaurants, cosmetics, books, stationery and many other consumer areas are all "blind box style". It seems that everything can be blind box. The blind box sales model has captured the hearts of countless consumers.

What is the charm of blind box?

Take the most common doll blind box as an example, many people feel "very addicted" and can't stop buying it.

These blind boxes have many styles, each set is basically composed of 12 different dolls, and the price usually ranges from 39 yuan to 69 yuan. 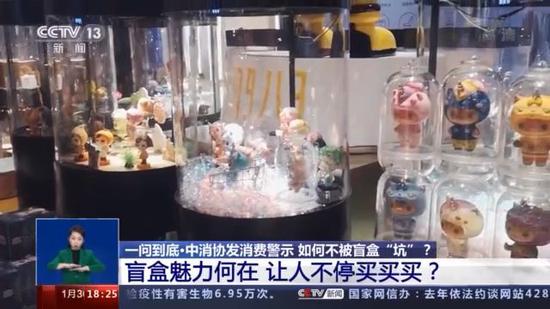 Sales staff told reporters that because the blind box is designed into different style series, each series is less than a dozen or more, and consumers are often obsessed with collecting a whole set of blind boxes in the process of collecting them. However, due to the different probability of each doll in the whole set, it is impossible to predict which doll is in the box before opening the box, so there is great uncertainty in purchasing the blind box, and it is easy for consumers to buy the repeated blind box. In order to gather a set of dolls, many consumers have to buy a lot of them repeatedly. 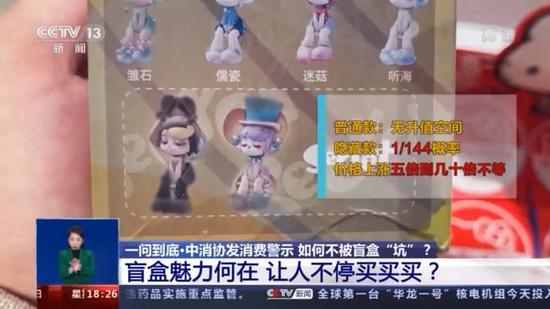 According to the salesperson, the dolls in these boxes are also divided into ordinary and hidden ones. The ordinary blind box usually has no room for appreciation, but if the hidden blind box with a probability of 1 / 144 is drawn, its value in the second-hand market will usually rise by 5 times to dozens of times. In this very different value stimulation, many consumers who pursue the hidden doll will continue to buy, looking forward to winning the hidden doll. 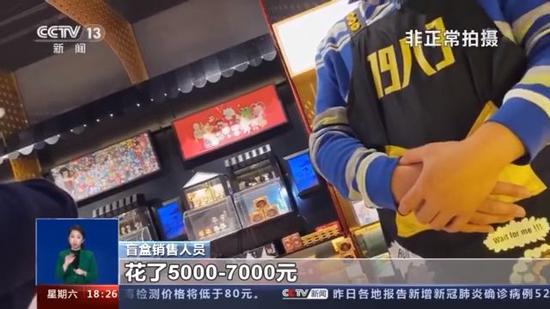 Blind box Salesperson: some people spend 5000-7000 yuan to buy a hidden money. They directly buy a box, and only one (hidden money) comes out of the box.

Some blind box enthusiasts told reporters that what they buy is uncertainty. Consumers often hope to get their favorite style after dismantling the box. Driven by curiosity, the pursuit of doll images, or the stimulation of buying lottery tickets, many consumers quickly become crazy fans of blind box consumption. 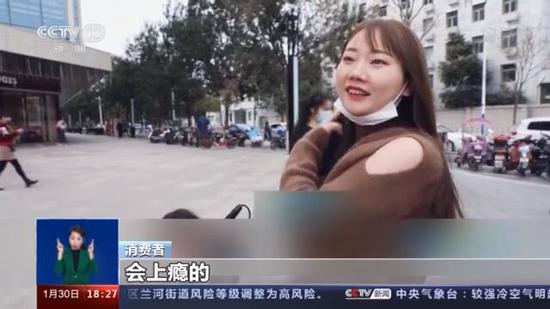 Consumer: it's addictive. I'm a little better. My friend basically buys several of them every day. 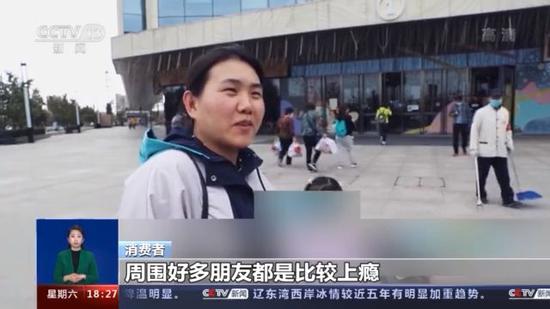 Consumer: a lot of friends around are addicted. They may go to buy one, and finally buy several of them back. They may still be the same kind of doll.

Who are the blind box fans? 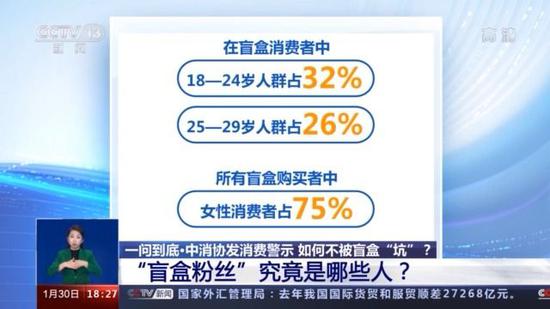 According to the survey, the market scale of China's domestic blind box industry will reach 7.4 billion yuan in 2019, which is expected to exceed 10 billion yuan this year (2021). Why can blind box make people so crazy?

Mao Lihua, associate professor of School of psychology and cognitive science, Peking University, member of "source news" expert library of China Association for science and technology: young people are actually more curious, and blind box extraction can best satisfy this curiosity. When you face a box, you don't know what will be opened. This uncertainty will make people very excited and look forward to it. In our brain, this kind of uncertainty is closely related to the reward system. When we are faced with uncertainty, the brain will secrete more dopamine, so people will show this preference for uncertainty. 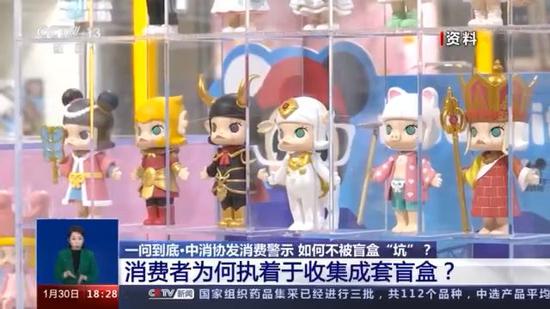 Experts also said that every time you buy a blind box, you will get a return on your investment. Although it may not be directly proportional to your investment, it will also bring you a psychological compensation or satisfaction. And human beings have the orientation of pursuing perfection, so they prefer to collect complete sets of things.

What are the hazards of long-term blind box consumption?

Mao Lihua, associate professor of School of psychology and cognitive science, Peking University, member of "source news" expert library of China Association for science and technology: in fact, long-term addiction to blind box is similar to other gambling games, which may bring serious psychological problems. Once addicted, it is not easy to get rid of this dependence. At the same time, if it is serious, it will affect all aspects of life, work and social life. This kind of addiction will not only bring great economic burden, but also bring great psychological pressure and social life pressure, and even affect the health of young people.

Experimental demonstration: what is the psychological mechanism of blind box addiction?

Skinner, an American psychologist, once conducted an experiment to simulate the psychological mechanism of human addiction to products such as blind boxes.

Skinner invented an experimental device to put water and food outside the box, and inside the box was a hungry mouse. 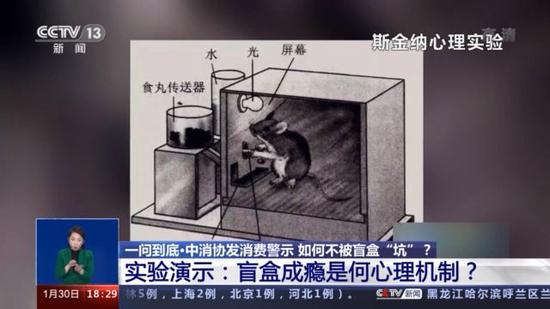 When the mouse presses the lever in the box, the food will fall into the trough in the box. After many operations, mice are familiar with this rule, whenever hungry will go to press the lever. But then Skinner changed the experimental rules, not every time the mice press the lever can get food, that is, sometimes there is food, sometimes there is no food, the probability is completely random. In this case, the mouse did not know which time to press the lever to get food, so it kept pressing the lever for a long time. And the sales of blind box is the copy of Skinner experiment in the consumer market.

Is it a surprise or a fright to open the pet living blind box?

Now the box is no longer just a doll. Recently, in some online shopping platforms, even can buy pet living blind box.

"Pet living blind box" involves cats, dogs, turtles, hamsters and other small animals, the price range from more than ten yuan to thousands of yuan. Some businesses even put out the words "order when you can afford to play, don't buy when you can't afford to play" and "don't return or change" in the description of the goods. Some of the "commodities" once sold very well, with monthly sales of 1000 orders. However, many buyers make complaints about the actual value of animal in the blind box, which is far below the price of blind box. More netizens said that it is disrespect for life to put animals in a blind box.

Industry insiders pointed out that living blind box, on the one hand, will bring harm to small animals, on the other hand, due to the lack of quarantine, consumers are likely to receive small animals with disease and bacteria, which will bury the hidden danger of health and epidemic prevention. At the same time, it is difficult to protect the rights under the no return no exchange clause.

You think it's a surprise, but others are clearing the inventory!

In addition to the pet living blind box goods wrong version, many hidden dangers, in the Consumer Association said, there are some operators product itself but hard, just want to rub blind box marketing heat. Some operators even regard the blind box as a tool of "clearing inventory".

Staff of consumer guidance department of China Consumer Association Xu Jiang: a business operator launched a new product Youxiang gift bag in "double 11" in 2019. At that time, he promised that he would send players the latest product of that month every month. However, when players bought the gift bag, they found that the product they received was not the latest product of that month, but the old one of December 2019, so this caused dissatisfaction among consumers and aroused widespread concern It's a groupcomplaint.

How to protect the rights and interests of blind box consumers in case of disputes?

If it's true that in the process of purchasing blind box products, we encounter the situation that the goods are not in the right version or the quality of the goods is not good, as mentioned in the tips issued by China Consumer Association, how can we protect our rights and interests?

Experts tell us that the essence of blind box is still commodity. Therefore, when purchasing, we must establish the concept of rational consumption, scientific consumption and moderate consumption, clearly read advertisements, seriously sign contracts, calmly store evidence, and rationally safeguard rights according to law. 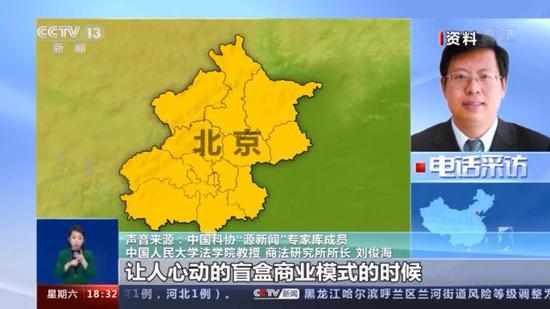 Member of "source news" expert database of China Association for science and Technology Professor of Law School of Renmin University of China director of Institute of commercial law Liu Junhai: for enterprises, if they want to test this exciting blind box business model, they must be grateful to the vast number of consumers, have faith in the consumer protection law, have awe of market risks, and fully respect the vast number of consumers' right to know, right to choose, right to fair trade, right to participate in the blind box business model Security right, privacy right and claim right. In addition, the market will fail, and regulators should not fail. They should make good use of the market access, administrative guidance and administrative supervision authority given by law, crack down on the dishonesty of fraudulent consumers, and enthusiastically protect the legitimate rights and interests of consumers.

Finally, I want to remind you that we can enjoy the fun of buying blind boxes, but don't indulge in them. We need to consume rationally and do what we can. At the same time, when buying blind boxes, we should try to choose the businesses with good reputation, high reputation and perfect after-sales service to trade, and properly keep the relevant vouchers. In case of disputes, we can protect our legitimate rights and interests.