During CES 2021, Sony TV officially released the XR cognitive chip and the brand-new Bravia XR TV lineup. However, due to the impact of the epidemic situation, the exhibition turned online, so we were unable to experience the real machine at the first time, which is a little pity.

Fortunately, the domestic epidemic is relatively stable. Sony held a 2021 new product experience meeting in Shanghai last week, which gave us a deeper understanding of the actual performance of the real machine.

It can present the optimized image and sound in the way of human brain processing vision and hearingIt can reproduce vivid colors and bring a cinema like immersive sound effect at the same time.

This is five years after the release of X1 chip, Sony once again made a substantial upgrade to the chip. 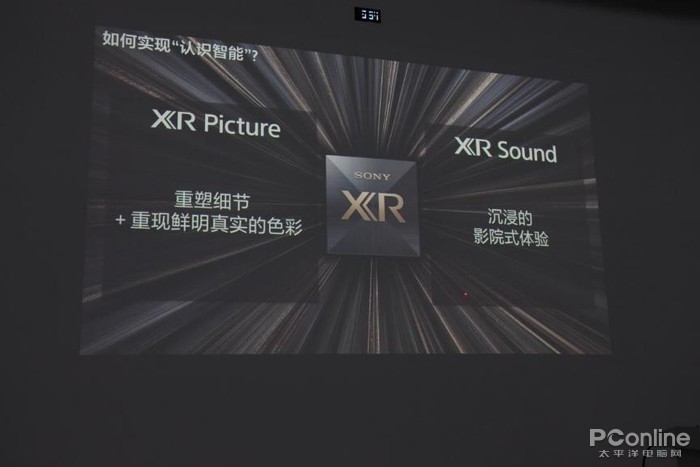 In addition, the XR sound surround technology can upgrade any sound source to 5.1.2 channels, greatly enhancing the sense of surround and stereo. 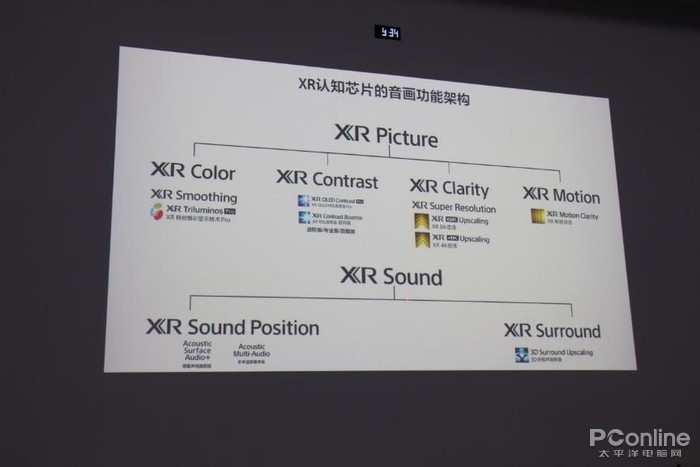 paintingTrue meaningThe series has been updated! There's a new way to name it

Huadi series is a high-end flagship series specially created by Sony, which represents the top performance of Sony TV. However, this series was not updated last year. At present, consumers can still buy z9g and a9g.

This time, the local tyrants don't have to worry about it. This year, the Huadi series ushered in an update, namely, the 8K LCD TV z9j and the 4K OLED TV a90j. 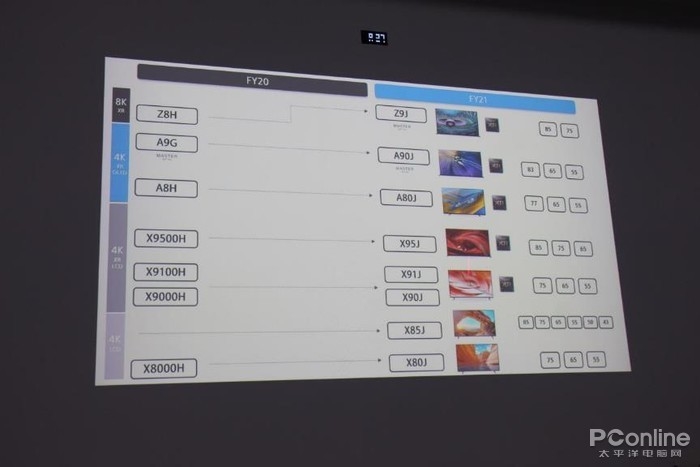 In addition, a new x85j model was added this year, with sizes ranging from 43 inches to 85 inches, covering a very wide range. In addition, the maximum size of OLED has also been increased from 77 inches to 83 inches (a90j), which is a change in some details. 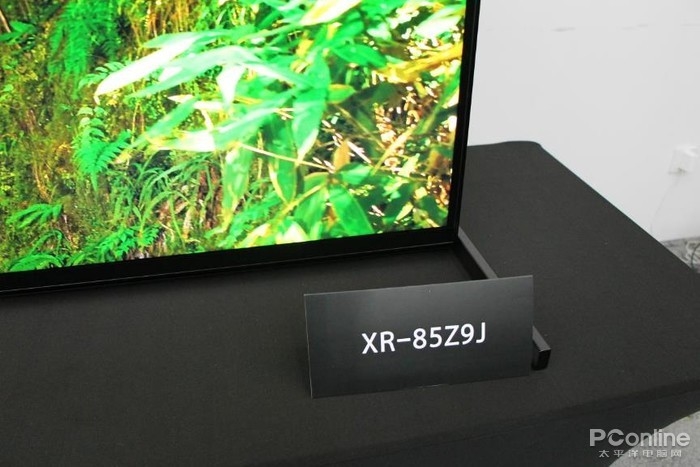 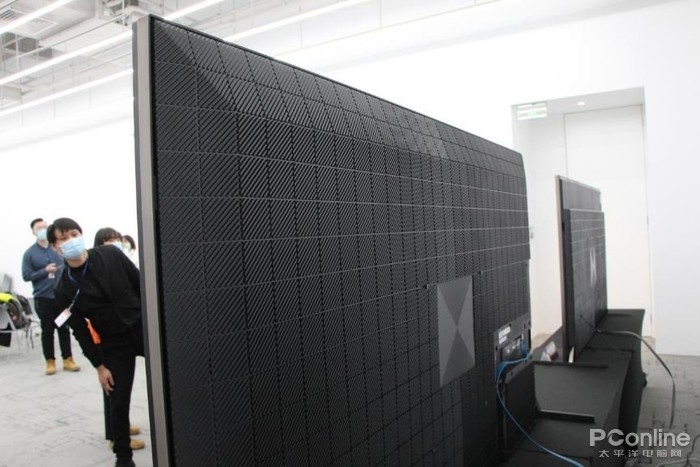 The appearance changes of Sony TV's new products this year mainly focus on the frame and backplane, especially the middle and high-end products. The width of the frame is narrowed again to further increase the proportion of screens.

For models with XR cognitive chips, the backplane usually has a large XR logo, which is highly recognizable.

Focus on the picture performance of the flagship 8K LCD TV z9j of Huadi series. In order to see the improvement more intuitively, a 8K LCD TV z8h of last year is placed next to it for comparison. 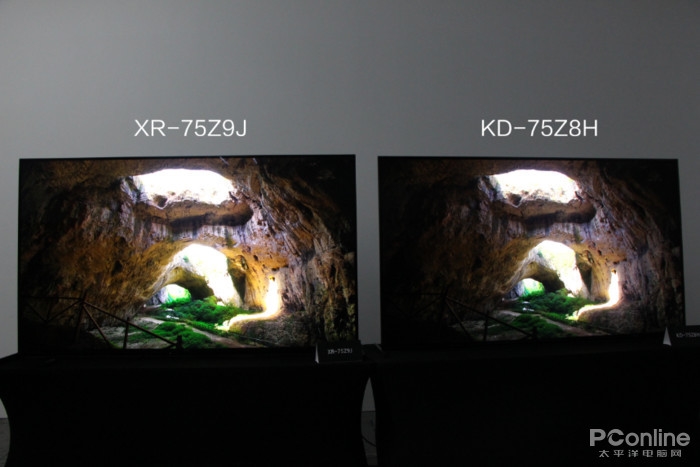 This is a cave picture with a very strong contrast between light and dark. The brightness of the middle part is very high, and it is easy to overexpose if it is not handled properly. At the same time, it makes the interior of the cave dark and loses a lot of dark details.

In fact, z8h is excellent when displaying this picture, and z9j can feel the extremely high dynamic range with more details of the dark part of the cave inner wall after processing by multiple algorithms of the XR chip. 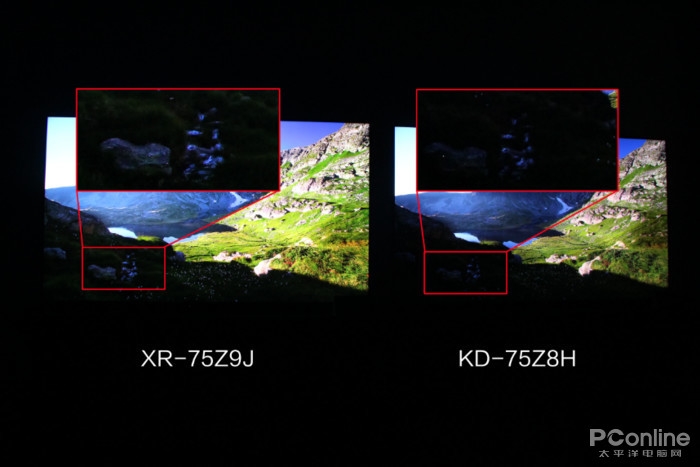 In the more extreme light ratio environment, z9j can still retain the dark details. In this picture, we can clearly see the rocks and flowers in the shadow of the sun. At the same time, the bright part z9j is brighter and more vivid than z8h. The overall contrast of the picture is excellent. 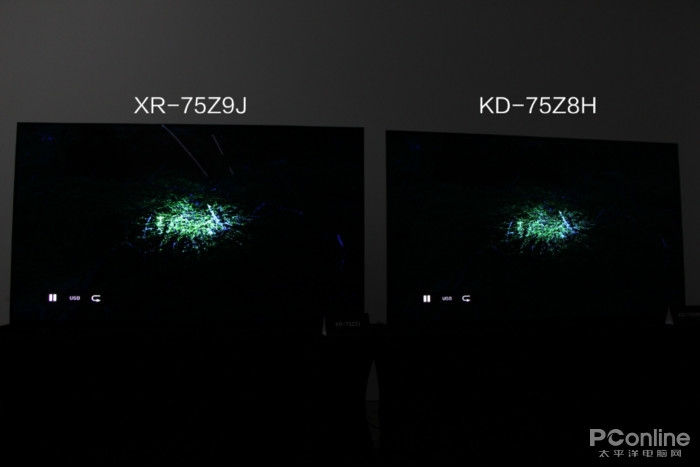 From many pictures, we can also find that the peak brightness of z9j screen is higher, especially when displaying HDR video, it can bring better contrast and close to the real scene. 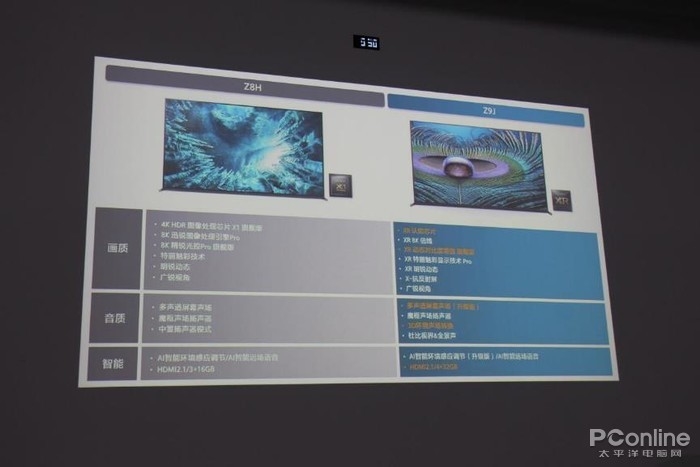 In fact, as far as I'm concerned, the sound quality of z9j impresses me even more. It pushes the surround sound experience to a new level.

Z9j has further improved the sound unit and algorithm, and added 3D surround sound field conversion. During the live audition, you can really hear the birds flying from left to right, with a strong sense of space and location. This can't be shown in the article. You must go to the offline store to audition yourself when you have time. 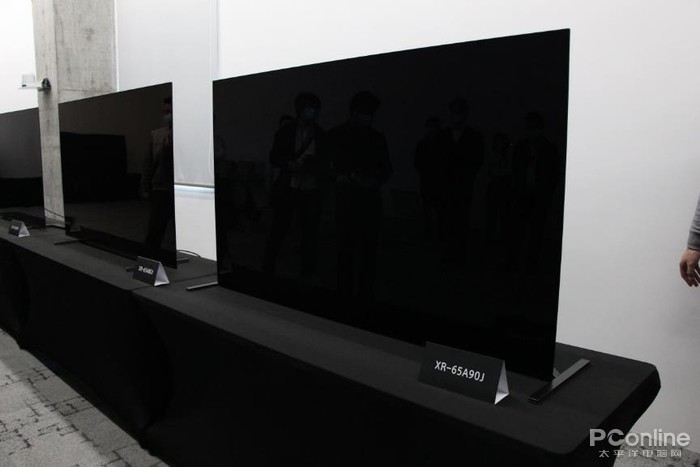 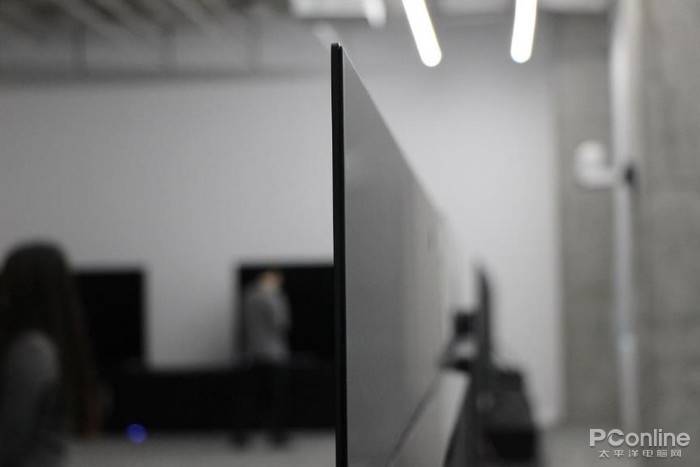 Last year, the a9h was not updated, which disappointed some high-end users. This year, the a90j finally arrived. Both a90j and a80j adopt OLED panel, which not only has more extreme display effect, but also is lighter and thinner than LCD 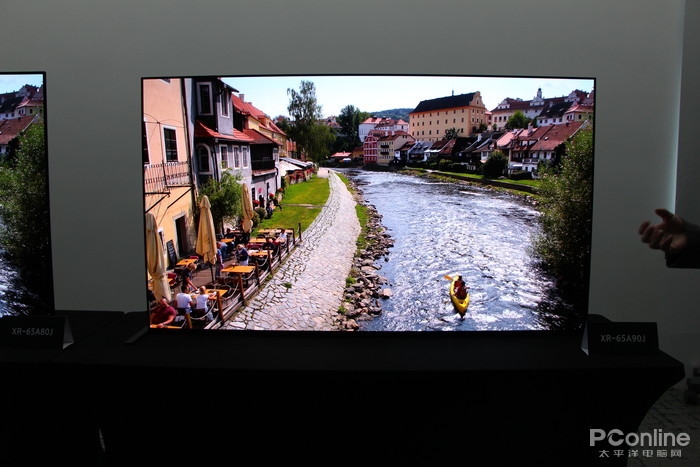 The higher peak brightness, and the self luminous characteristics of OLED panel's pixels, make the a90j achieve the high brightness comparable to LCD TV, further enhance the image appearance, and make it more vivid and realistic. 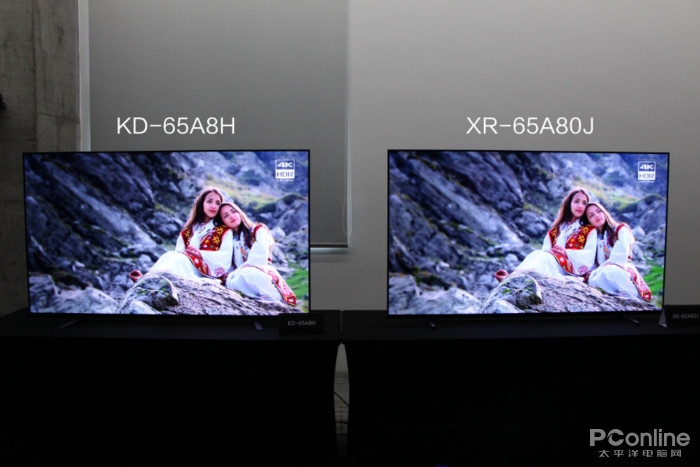 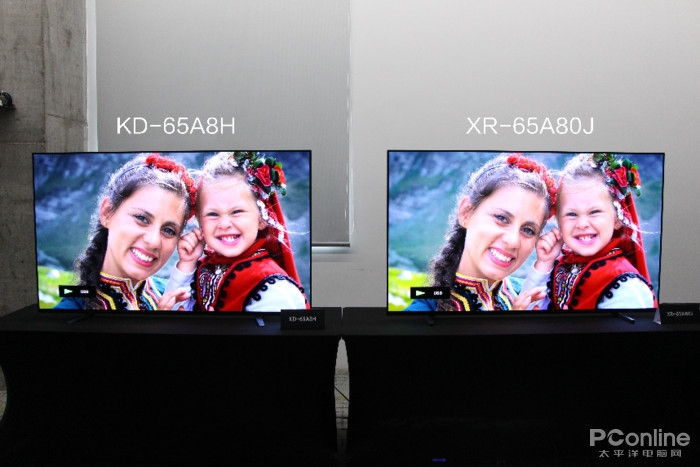 Although the peak brightness of a80j is not as strong as that of a90j, it is still much higher than that of a8h last year.

As can be seen from the above two groups of samples, the overall brightness of a80j is slightly higher, the picture is full of layers, the details in the background virtualization are more complete, and the contrast is excellent.

At the same time, when we watch this kind of picture with the theme of people, the focus of our eyes is basically on the face. Through its cognitive algorithm, the XR chip can extract the face part of the picture again for special optimization. Therefore, we can see that the optimized face is more attractive. 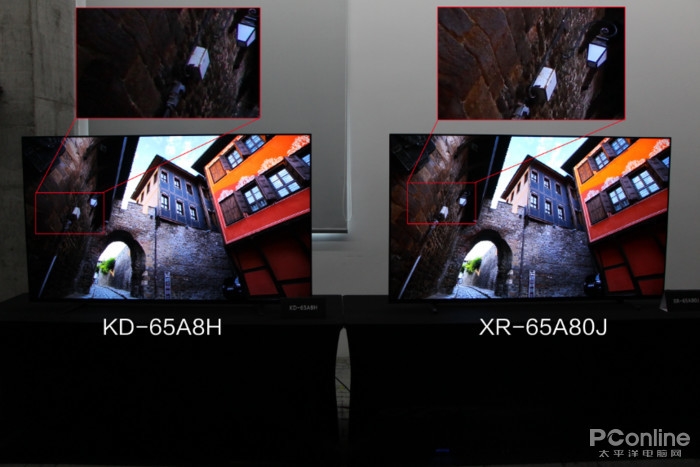 In some detail processing, with the help of the 4K double line of the XR chip and the OLED dynamic contrast enhancement algorithm, both the texture of the rock and the wall tiles in the dark are kept quite clear and complete, and the details in the real scene are highly restored, making the picture more three-dimensional and realistic. 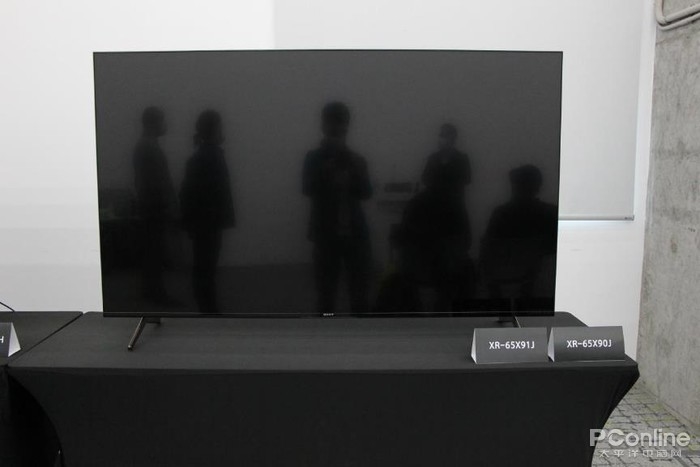 Last year, x9000h became a well deserved star model in the major e-commerce platforms, and even sold out for a time. This year, no accident, x90j / x90j will also become the most concerned product line of mainstream consumers.

On the basis of retaining last year's x9000h's 4K 120Hz, hdmi2.1 and other high-quality features, it upgraded the XR chip to make the performance of sound and picture more competitive. 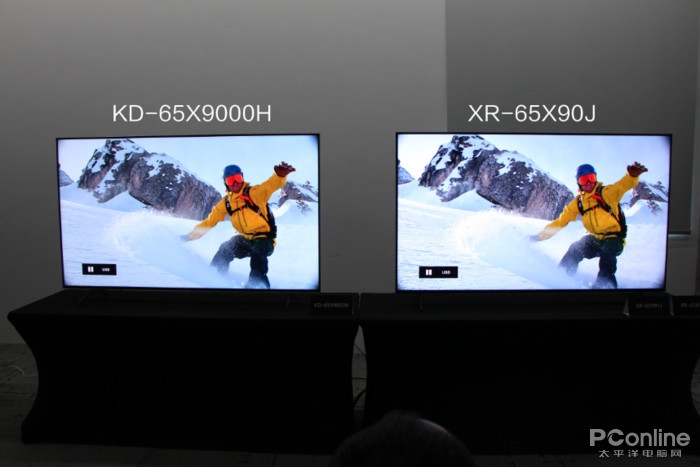 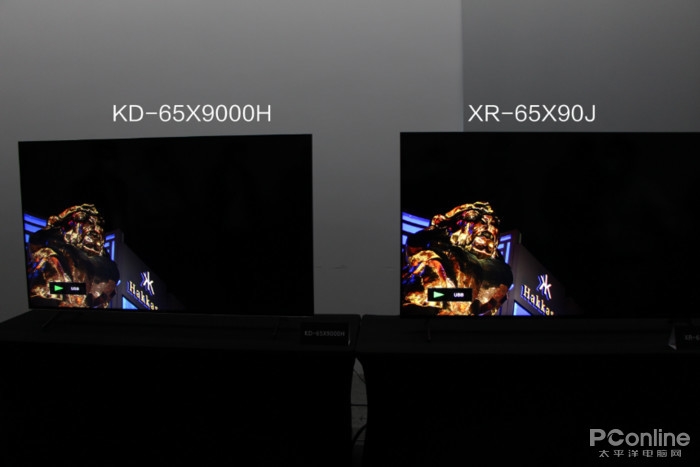 From the first group of skiing samples, it is not difficult to see that x90j has improved the brightness of the screen, and the overall appearance of the picture is better. In the second group, the x90j's XR chip has built-in dynamic contrast enhancement technology. Compared with x9000h, the dark field performance is better and the contrast is improved significantly. 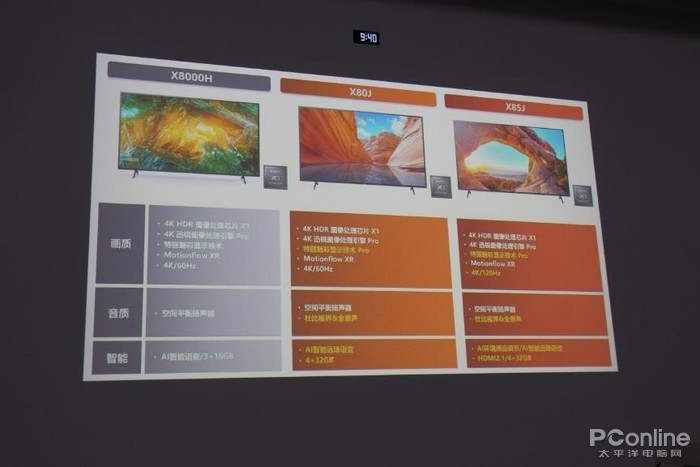 For positioning reasons, in 2021, the x80j and x85j will continue to use the X1 chip instead of the XR chip. However, Sony has added optimization technologies to these two series, such as pro, bright dynamic and so on.

Especially the x85j, although it belongs to the entry-level series, has a 4K 120Hz screen and hdmi2.1 interface, which is quite cost-effective.

New system interface, more in line with the habits of Chinese people 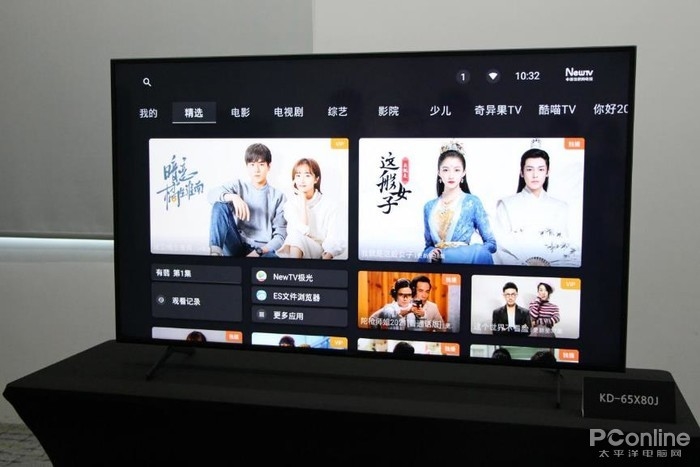 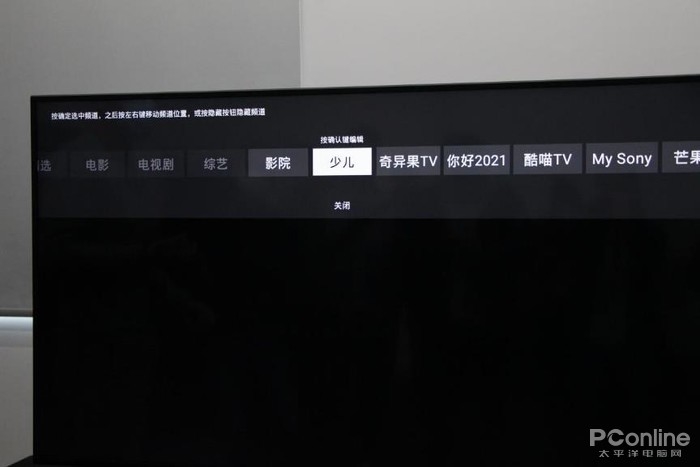 When you turn on the TV, you can see the content information flow. In the future, the intelligent system will push the content more in line with the user's viewing habits.

At the same time, it supports users to put their favorite tabs in front to access the content more conveniently. Looking at the tab also provides an app entry. Of course, you can directly enter the app to watch, with a high degree of freedom.

At the same time, the more mainstream a80j, x90j, x80j, etc. not only have more people-friendly prices, but also maintain a consistent excellent level in the audio and visual experience.

To achieve all these improvements, the XR chip naturally contributed a lot. However, when I learned that Sony TV was equipped with the latest XR chip except the entry-level x80j / 85j, I was surprised because it would make it difficult for the product line to widen the gap.

But after experiencing the real machine, from the screen, audio and other core hardware, to the frame, base and other detail design, I feel the unique advantages and charm of each product. I believe you can also find the most satisfactory product in Sony TV 2021.

Related news
SONY Sony WF-1000XM3 true wireless noise canceling headphones disassembly report
Sony releases 2021 new TV: 5 with new XR processor at one go
How good is the XR chip? Sony TV 2021 new product real machine experience
Sony 2021 TV new products will be released tomorrow! Equipped with XR cognitive chip
Hot news this week
Biden signed a chip and scientific bill, a video call of WeChat iOS internal test suspension window, the advanced CPU caused Win11 to be difficult to use, Huawei new machines enter...
How to regulate the "broken card" operation to crack down on electrical fraud to prevent "accidental injuries" with cards?
Musk's eyes! Lei Jun released a full -size humanoid robot Xiaomi self -developed strength explosion table
iPad 10 will be absent from iPhone 14 conference: October appeared on Apple's last non -comprehensive tablet tablet!
The three major indexes of the US stocks opened sharply: ROBLOX fell more than 4%, Twitter and Tesla rose more than 3%
Kuaishou TOB business Yu Bing: Self -developed chips or mass production after the end of the year, the video must be turned into light industry
Meizu Pandaer Great: All products are reduced by 200 and 30 -containing mobile phone cases, heat dissipation back clamps
The global streaming media have increased the animation circuit is becoming a new "breakthrough" for Youaiteng
After selling Tesla for $6.9 billion, Musk said he was not selling it, but a survey said he was still selling it. The title of the world's richest man may not be guaranteed next ye...
Distributed database OceanBase announced 4.0 product release, single -machine deployment performance is super mysql
The most popular news this week
AMD Zen4 Ryzen Ultra HD: The Octalus
A PC processor more advanced than AMD's 5nm Zen4 is going to be a chip: Intel is jealous
First time in Shanghai! One billion electronic vouchers are coming: Alipay and wechat are available
The survey shows that nearly half of the US Android users consider changing Apple iPhone
New bottle of old wine! Industry insiders: No one has the best cost control than Apple
Amazon requires US regulators to withdraw votes: bypassing the company's harassment of Bezos to disturb operations
Pet dog infecting monkey acne suspected "Human Poor" American CDC Reform Control Guide
Space Launch System to Fly for First Time
Tencent's second-quarter net profit fell 56% from a year earlier to 18.6 billion yuan
Fabless customers cut back on chip orders affecting Q4 capacity utilization