Apart from Xiaomi mix 4, what did Lei Jun say at the dinner?

In more than a month, Xiaomi has demonstrated its futuristic space isolation charging technology to the outside world, released the four curved waterfall screen concept mobile phone, and redmi K40 has directly announced its price without a new one. Notebook products will also usher in a long lost upgrade.

However, it is worth mentioning that Lei Jun recently launched the "rice noodles New Year's Eve dinner" activity, in which Lei Jun revealed a lot of noteworthy information.

Mix is of special significance to Xiaomi. Only it represents Xiaomi's spirit of exploration and is also a key product in the process of high-end development. Unfortunately, two years have passed since the release of the previous generation of mix. In the past two years, although Xiaomi's high-end product line has become more and more perfect, there is still a gap in its advanced "exploratory products". After all, it is difficult for "supreme commemorative version" to support the situation. 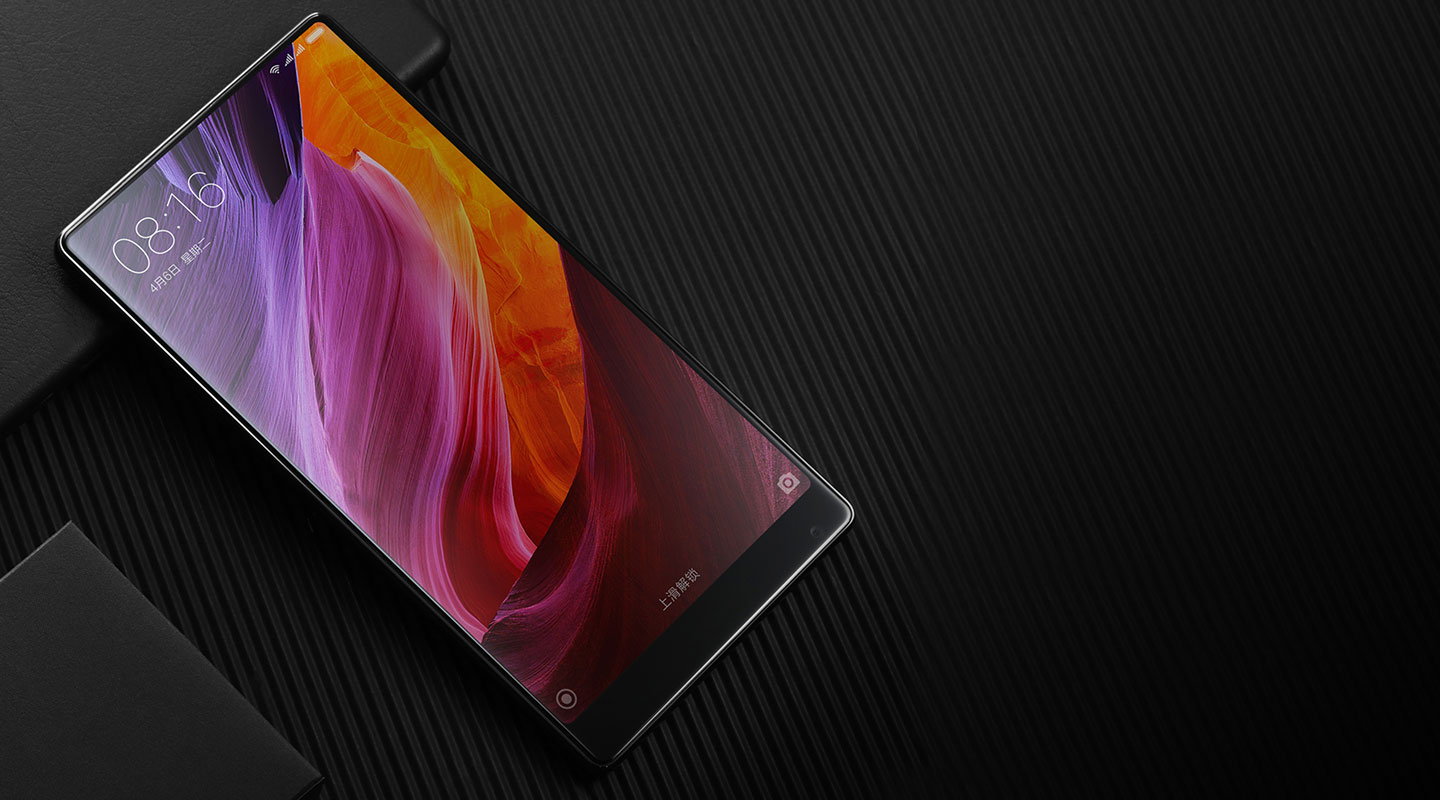 The direct reason why the new generation of mix is "dystocia" is that the previous generation of mix 3 has encountered a cold burst. Looking back at the three generations of mix products, the first generation successfully mass produced the "concept product". Although the second generation made some compromises, it made a breakthrough in the "unibody" ceramic technology. The third generation became mediocre and went downhill. Not only the hardware was mediocre, but the imposed sliding mechanical structure became a wrong decision.

Since then, it seems that mix is about to fall from the altar and become the second Xiaomi note. Fortunately, Xiaomi stopped losses in time. A few months after the release of mix 3, Xiaomi and redmi were independent, and the two brands entered the adjustment period of more than a year. The only gold lettered signboard of mix was temporarily "snowed up".

2021 is the beginning of a new decade for Xiaomi. After Xiaomi 11 made a good start, the return of mix is also on the agenda. A few days ago, in the live broadcast of Lei Jun's dinner, it was officially confirmed that Xiaomi mix 4 will be released this year. However, a few days earlier, Lei Jun asked the question on his microblog: if Xiaomi releases a 10000 yuan machine, will it buy it? It's not hard to guess that this 10000 yuan machine may be a high-level version of mix 4.

In recent years, Xiaomi has made great progress in various technical fields. From time to time, it will display some laboratory technologies, such as under screen camera, super fast charging, air separation charging, etc., but they have not been applied to products. Therefore, it is not difficult to guess that mix 4 is probably the best carrier of these technologies. 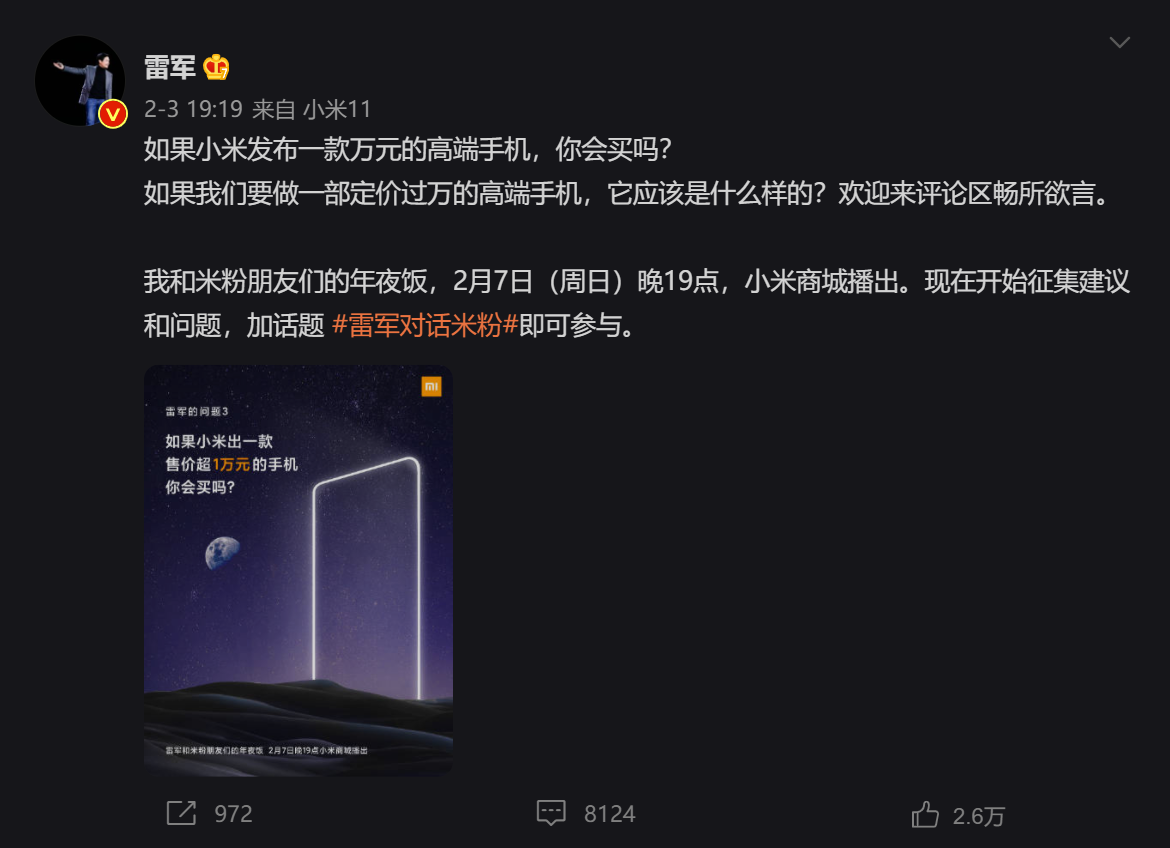 When will mix 4 appear? Personally, I think it will be at least until the second half of the year or even the end of the year. Xiaomi's products this year are very rich. After the Spring Festival, there are two types of Xiaomi 11 big cup and super large cup. In addition, there is a cost-effective flagship carrying Xiaolong 870, and mix 4, a high-end work with top technology, is the best choice in the second half of the year. At the same time, mix 4 is likely to become the first flagship of Xiaomi to enter the price of 10000 yuan, and once again shoulder the exploration mission of Xiaomi.

The return of Xiaomi tablet, the most important play is MIUI for pad

Xiaomi has a lot of products that "come out is the peak", of which the tablet is the most representative.

In the article before geek's choice, we specially discussed "is there any play on Xiaomi tablet? My personal answer to this topic is yes. Lei Jun has said more than once on various occasions that Xiaomi is the only mobile phone manufacturer that "survives after sales decline", so it is not difficult to copy the successful experience of turning over to the tablet.

Also in the live broadcast of Lei Jun's dinner, Xiaomi revealed that it would launch a tablet this year.

In the past year, the sales volume of tablet, notebook and other PC products rose against the market. If Xiaomi launched tablet one year ahead of time, it might be able to obtain good benefits in sales volume.

But just like mix, the lack of product power is also a problem faced by Xiaomi tablet, which starts from slogan From the first generation of "game artifact" to the fourth generation of "chasing drama artifact", Xiaomi has lowered the definition of its products time and again. As a result, the technology accumulation on the tablet is getting less and less, its competitiveness is totally inferior to that of its competitors, and the whole product line even almost disappears.

Fortunately, Xiaomi tablet 5 may turn this situation around. According to the official sources of Xiaomi, the tablet system is the focus of MIUI this year, and in terms of hardware, Xiaomi tablet 5 will also be equipped with a stylus. From this series of news, it is not difficult to speculate that the main highlight of Xiaomi tablet 5 will be office productivity, which is also in line with the needs of users in the past two years. 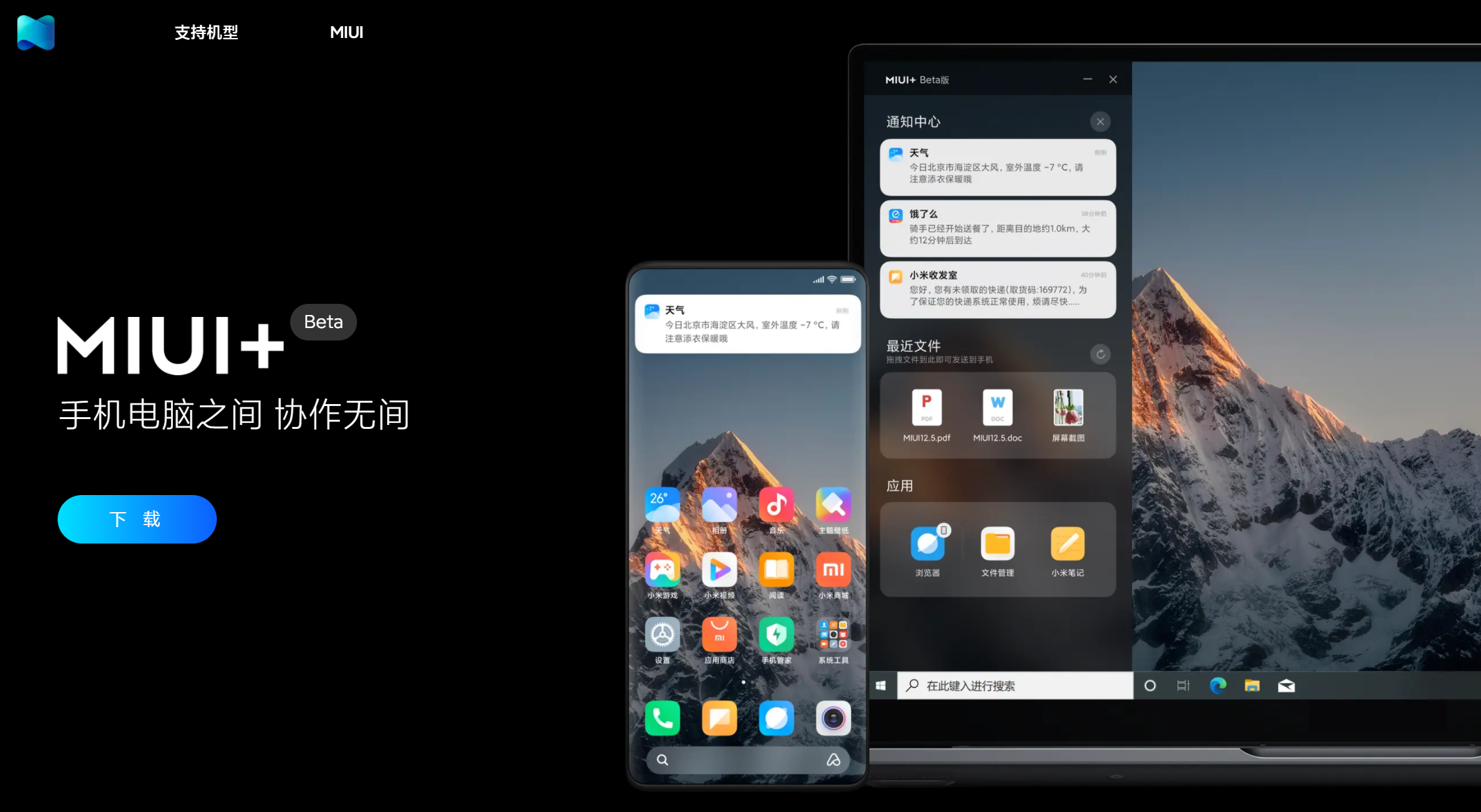 But for Xiaomi tablet, or any product of Xiaomi, it's not difficult to do well for a while, what's difficult is continuous investment and persistence. On the other hand, it's not a long-term solution to blindly develop cost-effective products. I'm looking forward to the launch of a "supreme commemorative version" tablet by Xiaomi. Nowadays, there are few Android Tablet choices. I hope Xiaomi tablet 5 with MIUI can bring good performance.

Do you have millet home in your hometown?

"Every county has its own millet home" is the goal put forward by Lu Weibing at the redmi note 9 press conference at the end of last year. In the last few days of Lei Jun's new year's Eve dinner, this goal has been reiterated, becoming one of the three major events Xiaomi will do in 2021, which also shows Xiaomi's determination to pay close attention to sales channels. 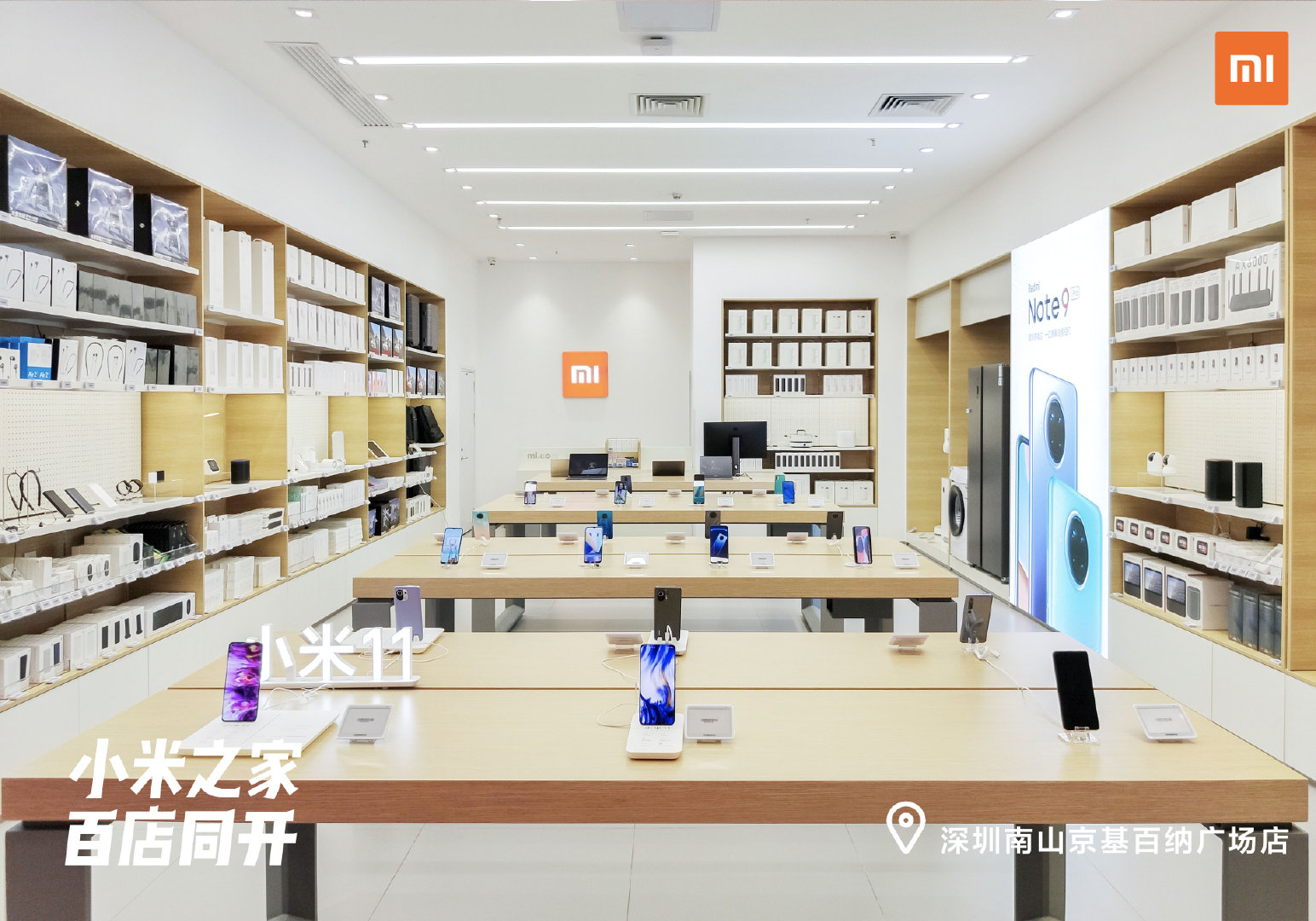 There are more than 1600 counties in China. There are great differences in economic conditions and geographical environment. You can imagine how difficult it is to open Xiaomi's home in every county, but Lu Weibing didn't brag.

So far, Jiangsu and Henan have achieved county-level full coverage, and other provinces are also in rapid coverage. Once this goal is achieved, more users will be able to access millet products and enjoy more perfect and standardized official services.

Related news
GitHub Trending has long been “hidden” by Chinese developers. Foreign developers SAY NO
What's the big deal? Xiaomi mix 4, Xiaomi note 11 surprise show: or pre installed MIUI 13
Apart from Xiaomi mix 4, what did Lei Jun say at the dinner?
Millet mix 4 is popular! The number of reservations on JD tmall's two platforms exceeded 230000
What is the confidence to win the world's No. 1 Xiaomi in the next three years?
Xiaomi: Yang Qian became the spokesperson of Xiaomi Civi
Hot news this week
Titanium Media Publish Assesum: People's Bank: Digital RMB Winter Olympics pilot has entered the sprint phase; Tesla announced that 250,000 Powerwall energy storage power stations have been installed
Capital does not love SAIC, "flying" subsidiary, Jet Hydrogen Technology intends to go to science and technology board
Study on the sequelae of COVID-19 in the Chinese team: Shortness of breath, depression and other problems still existed nearly one year after discharge
Great Wall electric car goods wrong board! Little sister rights: female car owners are not stupid money
US media: If it is unable to quickly solve the problem of incomplete behavior in the company, the moving Blizzard CEO will consider resignation
Tencent responded to "APP to get ridiculous": Upgrade APP is now downloaded for user rights protection
Gree announced the implementation of the double-holiday work system Dong Mingzhu from the media voice netizen God reply
Wechat: It will not be possible to create an account for controlling comments and Revelations related to star artists
Netease Cloud Music will soon be listed on the back of 200 million monthly live users how to make money
The ninth batch of online anchor warning list announced Wu Yifan, Zheng Shuang and other 88 people in column
The most popular news this week
Huawei Watch GT 2/2E Upgrade: Download third-party apps
Miit: China's 5G terminal users reach 450 million! Accounting for more than 80% of the world
Sources say tesla's German plant will start production in December, while Volkswagen's Audi will start production of the Q4
The first batch of invited to become Apple ecological developers, Bunkes launched a variety of Magsafe accessories
Intel ignition level 56 core bubble! AMD can go to sleep
5G Core Standard Essential Patent Competition: Huawei Wins again!
MIUI development version upgrade! 4G was "discriminated against"
Tea Party CEO Tan Jong: Bringing together youth and women to build a new future for Asia
The birth of the Chinese own genetic variability is named "female 娲"
The most dead industry: the Internet can only row the second first thoughts