Apple has confirmed that the new version of IOS 14 beta will send Google secure browsing requests through Apple's own server to prevent user data from being returned to Google. Apple has previously reported that its Safari browser may use Google's secure browsing function to determine whether there is fraud on the website.However, starting with the upcoming release of IOS 14.5, Apple will redirect Google's secure browsing requests through its own proxy server, specifically to limit how much user data can be seen by Google. 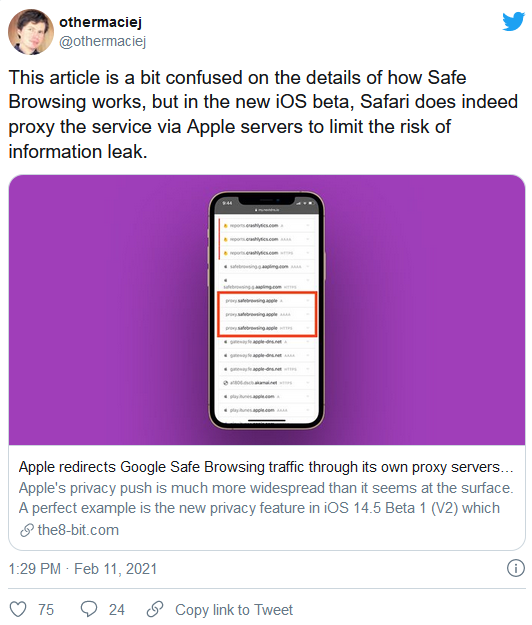 According to the 8-bit report, before users visit a website, apple is used to sending a coded version of the website address to Google's secure browsing. It is then compared with Google's list of fraudulent websites in progress.

But now in the current IOS 14.5 beta, Apple has gone one step further. In the previous system, Google can see the user's IP address. Now Apple routes the user's request through its own server, hiding its source and further protecting its privacy.

When a feature appears in IOS beta, there is no guarantee that it will be released publicly. However, it is very likely that after reaching the stage of being tested by the public outside apple, users will see the feature in the upcoming IOS 14.5 release.

Although the specific redirection traffic to protect privacy is automatic, users can also shut down Apple's entire fraud website warning system if they need it. 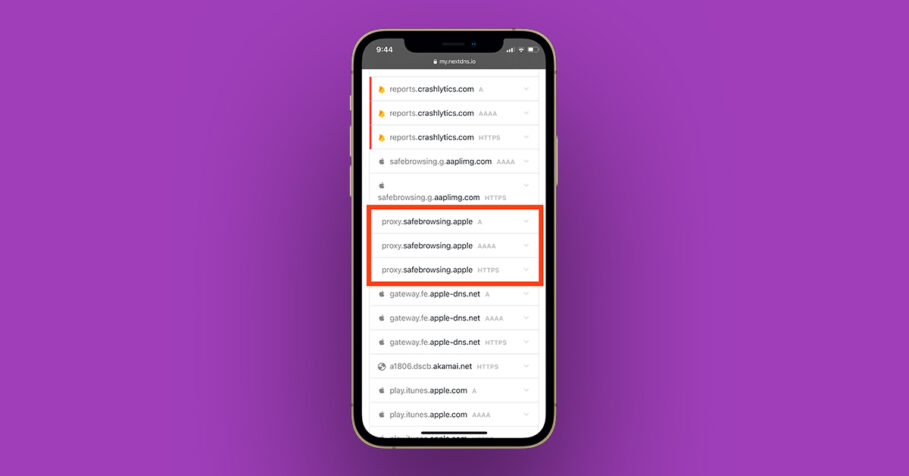