Letter from tianwen-1: see you on Mars in May

Tianwen-1 tells us that it will make many orbit adjustments in the future, and it will probably land on the surface of Mars in May. 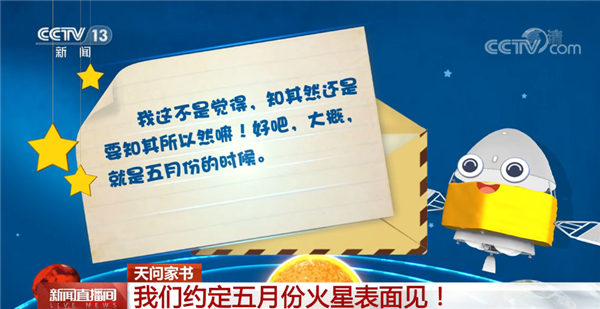