Reporter visits the test ground simulating the Martian environment: what skills does the rover have?

In May this year, tianwen-1 will choose a plane to land on Mars. At that time, a Mars rover will be released to inspect and explore the surface of Mars. What does the Mars rover look like and what capabilities does it have? In order to make the rover better cope with the environment and climate on Mars, the astronauts also set up a test ground to simulate the Martian environment.

The test site, which simulates the Martian environment, is mainly used to test the control system of the rover after it arrives on Mars. How to go, where to go and whether to go or not, we all have to pass this test field to achieve the purpose of a test.

Everyone is very concerned about digging soil. According to the concept of soil on earth, there is no soil on Mars, because soil must have organic matter to form. There is no life on Mars, so it is sand with different particle sizes.

In order to find this kind of sand, scientists also found more than 20 kinds of sand that exist on the earth, and finally chose emery. One is because of its mechanical properties, and the other is because of its far-reaching property of light reflection, which is more in line with this state of Mars.

In the process of moving, the Mars rover relies on these two big eyes. These two big eyes are navigation terrain cameras, which can see further and come from the main planning route. 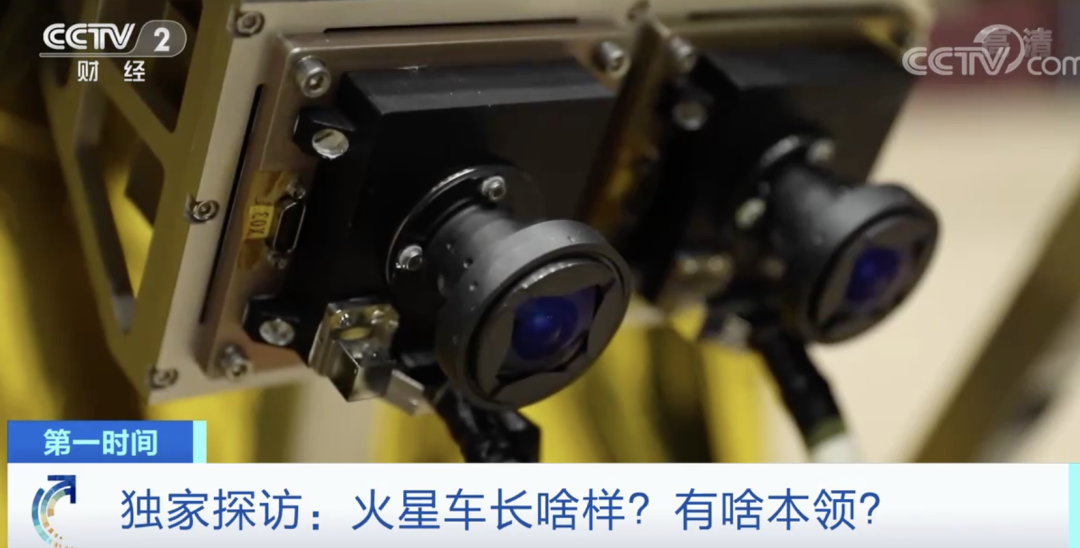 There are two big eyes under it. These two big eyes are obstacle avoidance cameras. Although they don't see far away, they can see at a wider angle. It will send a command to the rover in case of emergency, and the rover will stop automatically.

In the course of the rover's travel, it relies on these six wheels. These six wheels can make a positive or negative 90 degree turn, so the rover can move horizontally like a crab.

If it falls into a pit, another way for it to move is to wriggle, crawling slowly like a worm. The two front wheels will lift up and become the shape of a hand. The rear wheels will keep still and slowly climb out of the pit.

Because Mars is much farther from the sun than the earth is from the sun, the solar illumination on Mars is only about 40% of that on earth. In order to meet the energy requirements of the Mars rover working on Mars, the solar panels are particularly large.

Tianwen-1 Mars rover has a high degree of self-control, and works normally in sunny weather;

When encountering severe dust weather, Mars rover will automatically power off and sleep to protect its instruments from bad weather damage.

It will also wake up automatically when the weather gets better.

In May this year, the rover will land on Mars. At that time, it will shine brilliantly, and we also look forward to the good news of its smooth fall.