NASA's transiting exoplanet survey satellite, or Tess, is the perfect tool for discovering distant exoplanets and new solar systems.An international team of astronomers recently announced the discovery of three hot planets larger than Earth, orbiting a much younger star called toi 451. The system is located in a recently discovered collection of stars, known as the Pisces Eridanus stream. 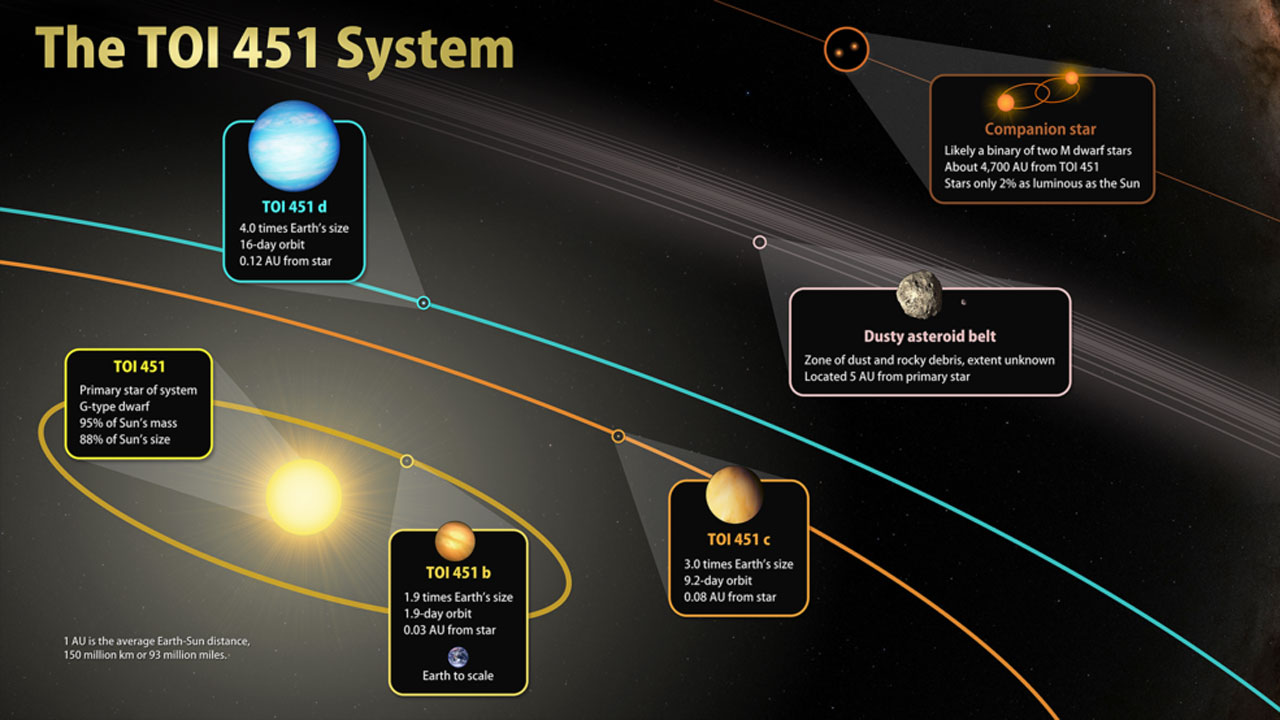 The stars in the system are less than 3% of the age of our solar system. The planets were found in Tess images taken between October and December 2018. Subsequent studies of toi 451 were carried out in 2019 and 2020 using Spitzer Space Telescope and ground observation stations.

Now that the Pitzer space telescope is retired, scientists also use archival infrared data from NASA's neowise spacecraft, then known as wise, collected between 2009 and 2011. All the data collected about the planetary system indicate that it has a cold disk of dust and rock fragments.

The data also suggest that toi 451 is likely to have a pair of distant stellar companions that orbit each other at great distances from the planet. Researchers are interested in this stellar system because it's only 120 million years old, 400 light-years away. It is relatively close on the cosmic scale and can make detailed observations of young planetary systems.

The planets themselves are two to four times the size of the earth and are considered promising targets for testing theories of how planetary atmospheres form. NASA points out that when the gravitational pull of the Milky Way tears up clusters or dwarf galaxies, stellar streams form. In this case, the stars move out along the original orbit of the cluster, forming an elongated group and gradually dispersing.