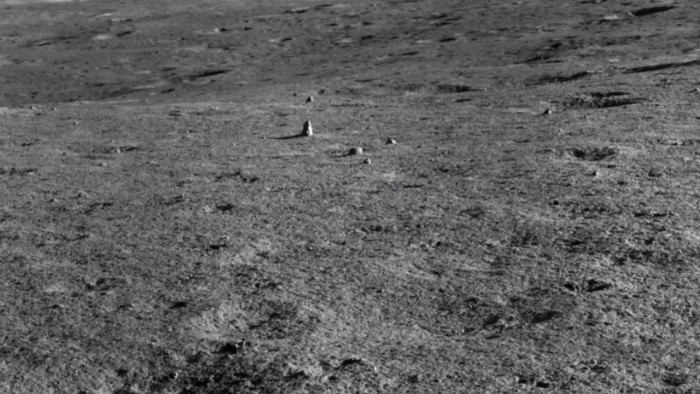 Scientists have used the instrument to investigate other rock and weathering samples along the rover's path through the von Karman crater. So far, these investigations have found interesting samples of molten glass and materials that may have come from the lunar mantle. This spiral rock looks like debris and protrudes from the ground, which makes it very unusual.

Because the rock is still fragmentary and has obvious ridges at the edge of the rock, scientists think it is still very young geologically. Pressure from impacts and thermal cycles, as well as other forms of weathering on the moon's surface, can break down rocks into roughly spherical shapes over time. Scientists speculated on how the rocks formed.

The most likely theory is that its impact ejecta came from a nearby crater. Scientists also believe that this shape of rock may be formed by a process called spallation, in which the impact fragments of the rock are blown away from the nearby surface, but do not experience the impact pressure experienced by the direct impact area. Further investigation of this unusual rock is currently planned.