The vast space, China's "eye" to know the hero. The latest discovery, there is a "crown" can escape from the black hole! As for the celestial black hole with extremely strong gravity in the universe, people often use the term "light can't escape" to describe its terrible ability to devour everything.However, according to the latest research on the observation data of China's first space X-ray astronomical satellite HXMT, a Chinese team of scientists has found that a plasma stream commonly known as "corona" can actually escape from the black hole, which will bring people a new understanding of the strong gravitational field of the black hole.

For the first time, Huiyan satellite has detected the dynamic evolution of the corona. Picture provided by research team

The results show that the coronal tends to shrink towards the black hole and move outward at relativistic speed, and the smaller the scale of the coronal, the greater the speed. At the same time, the results also provide an important basis for the study of the coronal motion in the process of black hole accretion.

According to the Institute of high energy, Chinese Academy of Sciences, as early as the 1960s, astronomers detected X-ray radiation sources in the galaxy. Among these X-ray sources, Cygnus X-1 is the first binary system to be considered to have black holes. Since then, with the development of astronomy, more and more black hole X-ray binaries have been found in the galaxy. At present, it is generally believed that in the black hole X-ray binaries, the companion material is captured by the gravity of the black hole, rotating and gradually moving towards the black hole, forming an accretion disk structure, and a high-temperature corona will be formed near the inner region of the accretion disk. However, how the corona moves near the black hole has always been an unsolved mystery in the study of compact objects. 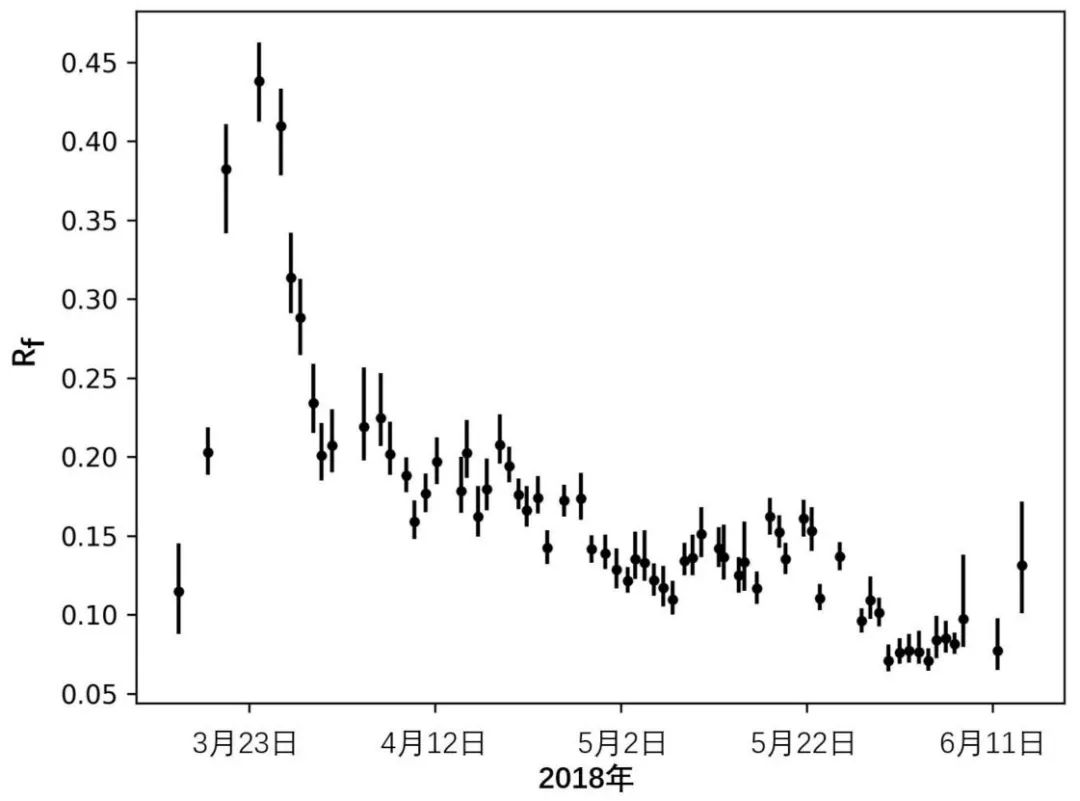 The evolution of the radiation intensity of the hot corona on the accretion disk. Picture provided by research team 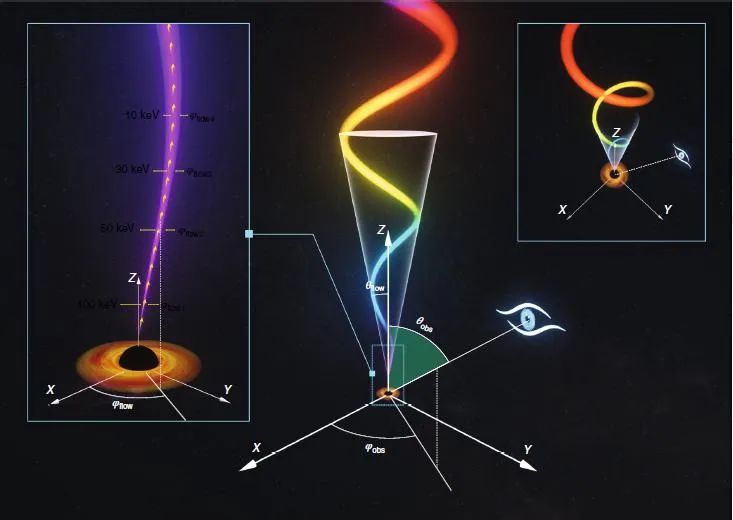 Data chart: a sketch of the artistic imagination of the origin of low-frequency QPO from the high-speed jet precessing around the black hole. Photo provided by "Huiyan" satellite team of Institute of high energy, Chinese Academy of Sciences

The coronation, which can escape the gravity of black hole, can be called "Coronation king" of course. 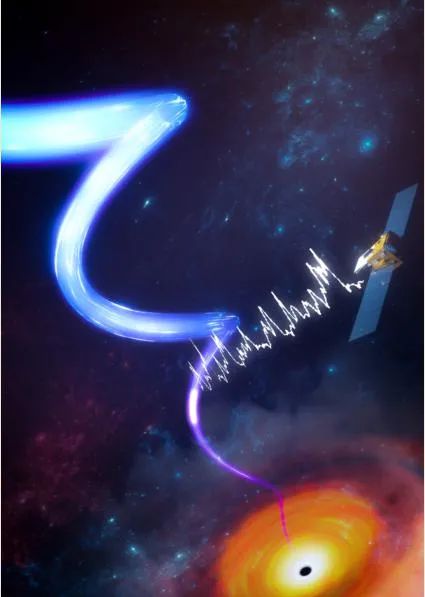 Data figure: the artistic imagination of the quasi periodic modulation signal produced by the jet nearest to the black hole discovered by the "eye" satellite. Photo provided by "Huiyan" satellite team of Institute of high energy, Chinese Academy of Sciences

This is contrary to the analysis results of the research team on the observation data of "Huiyan". Why? The team believes that the most reasonable explanation for this phenomenon is that the plasma flow in the corona is moving outward at relativistic speed while the corona is shrinking. This provides independent observational evidence and physical explanation for the relativistic jet which has been found by the "wise eye" team close to the black hole. It is found that the smaller the coronal scale is, the higher the velocity is. Therefore, the relativistic cluster effect of coronal mass motion suppresses the gravitational bending effect of black holes.

The research team said that the important achievement of the discovery and confirmation of "Coronation king" is the first time to systematically depict the evolution of the velocity of the plasma flow escaping from the gravitational field of the black hole during the explosion of the black hole X-ray binary star, which is of great significance for understanding the black hole accretion process and the relativistic effect. 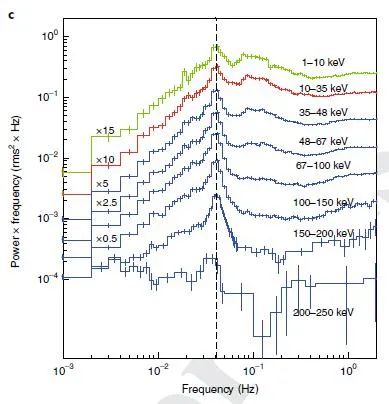 It is understood that "Huiyan" hard X-ray Modulation Telescope (hard X-ray Modulation Telescope) Telepope (HXMT) satellite is the first space astronomical satellite (also known as space telescope and Space Observatory) in China. It can not only realize X-ray survey with wide band and large field of view, but also study the short-term standard variation and wide band energy spectrum of black holes, neutron stars and other high-energy objects. At the same time, it is also a highly sensitive gamma ray burst all sky monitor. 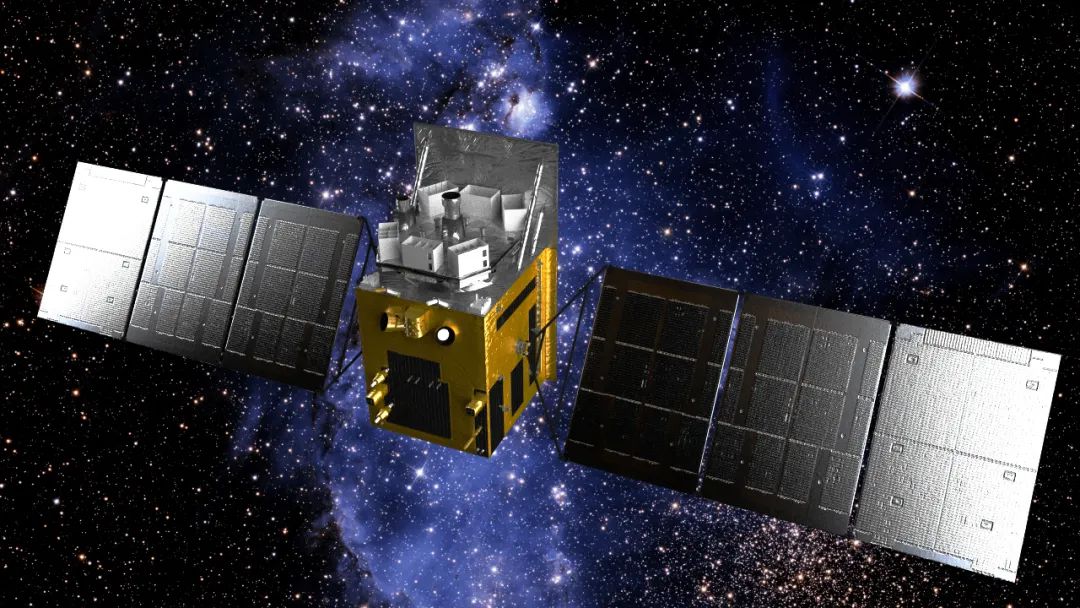 The Huiyan satellite project is proposed by the Institute of high energy, Chinese Academy of Sciences, and is responsible for satellite payload, ground application system and scientific research. Its successful launch and operation has enabled China to occupy an important position in the field of high energy astrophysical observation with fierce international competition.