Are these manufacturers crazy to imitate the iPhone again? 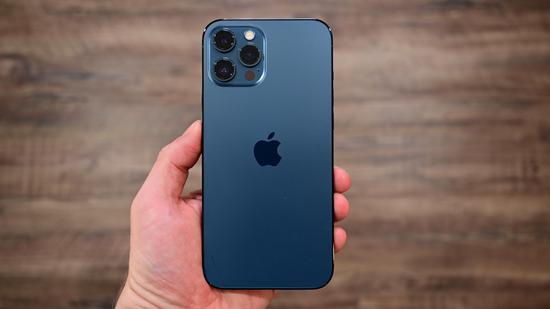 In the digital industry, it is an established natural law that popular products will be imitated by many competitors. As the world's best-selling smartphone in the last decade, iPhone has naturally become the imitator of many domestic smartphones. Especially from 2012 to 2018, the new products of every domestic manufacturer are more or less influenced by the iPhone in design.

When it comes to 2020, today's domestic mobile phone manufacturers have firmly occupied most of the domestic market share, and Huawei's high-end flagship products are even expected to compete with Apple's iPhone. For a long time, it's hard for us to see the shadow of iPhone on domestic mobile phones.

Why imitate the iPhone 12?

In the past, Apple has always been at the forefront of mobile phone trends, and the iPhone is the pioneer of smart phones. From multi touch to non removable battery, from the cancellation of headphone port to bang screen, the subversive design of products has been imitated by major mobile phone brands. The product design of iPhone X has directly spawned a large number of domestic Liu Haiping mobile phones, and Apple's influence can be seen.

However, when it comes to the iPhone 12, apple no longer seems to be the pioneer. In terms of product design, the iPhone 12 is nothing special. The retro right angle frame design inherits the previous generation's rear three camera module, which can give a standard evaluation at most. In this case, is it necessary for domestic mobile phone manufacturers to imitate the design of the iPhone 12?

In short, domestic manufacturers will make some mid-range products that focus on the offline market imitate the iPhone in terms of product appearance and UI design, so as to attract customers. These products have a lot of design elements similar to the iPhone, and the price is much lower, which can naturally attract offline users who want to start the iPhone but are discouraged because of the high price. 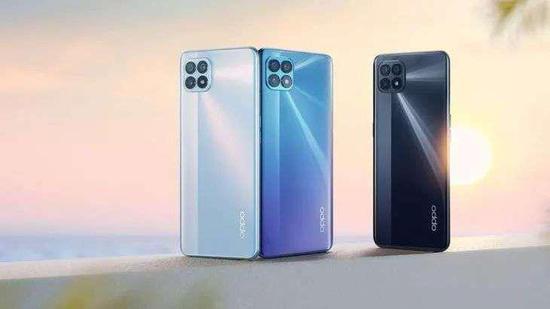 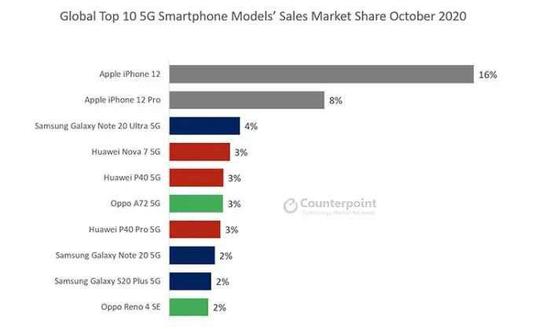 On the other hand, in recent years, various manufacturers are no longer satisfied with the launch of mid end volume / online cost-effective products, and more and more high-end flagship mobile phones are emerging. According to the survey report released by IDC in the first half of 2020, the domestic high-end mobile phone market is almost equally shared by Huawei and apple, with market shares of 44.1% and 44.0% respectively, accounting for nearly 90% of the high-end market. 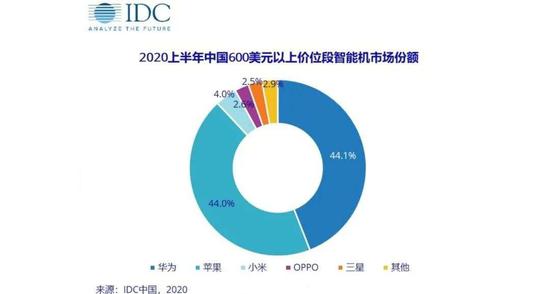 Some people ask, in addition to following apple, is there really no way for domestic manufacturers to go? This is not the case. In recent years, domestic mobile phones have achieved impressive development in all aspects, firmly occupying the vast majority of the domestic market share. With Apple's increasingly conservative choice of iPhone functions, the configuration of domestic mobile phones has long been out of Apple's shackles, forming its own differentiated style from various aspects.

The iPhone 12 is a great product, but that doesn't mean apple is doing everything right. Until today, only apple dares to install 20W fast charge on the flagship mobile phone with nearly 10000 yuan. Not only that, Apple has also removed the charger in the iPhone 12 packaging box. Consumers need to spend hundreds of yuan to buy the official fast charging head if they want to experience fast charging, which is really unreasonable. 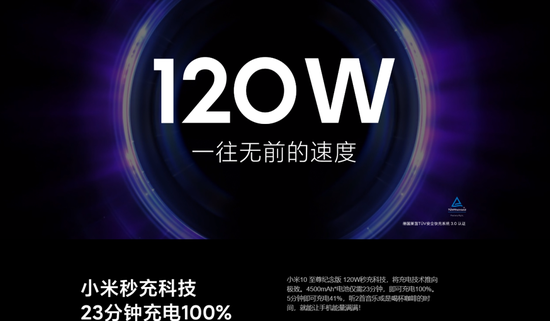 IPhone 12 is an excellent product, but it is not a perfect product. It has many shortcomings, and screen quality is one of them. Apple's iPhone 12 series screen doesn't support high refresh rate, so it's a very common OLED Bang screen. 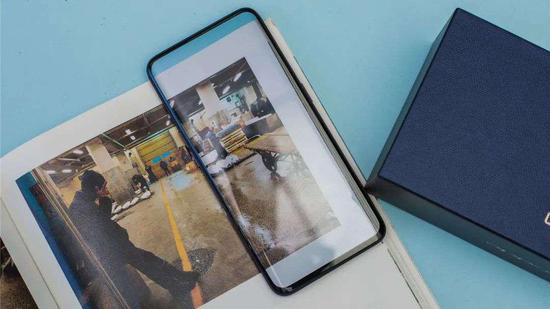 For today's mobile phones, cooling has become an important part that can not be ignored. The iPhone 12 does not use graphene heat conduction, nor does it use soaking plate design, nor does it use liquid cooling system. Everything is controlled by the power consumption of the mobile phone chip, which is also one of the main reasons for consumers' complaints. In contrast, in order to suppress the heat of chips, domestic manufacturers do everything they can to improve the game experience.

In fact, the image myth of the iPhone series has long been broken by Samsung, and the image ability of the iPhone 12 series is still slightly mediocre. On the contrary, in recent years, the photo taking level of domestic flagship mobile phones is rapidly improving, and Huawei mate 40 series is at the top of DxOMark. Stacking up hardware, improving algorithm and adding AI, it is a real fact that domestic flagship mobile phones surpass apple in taking photos. 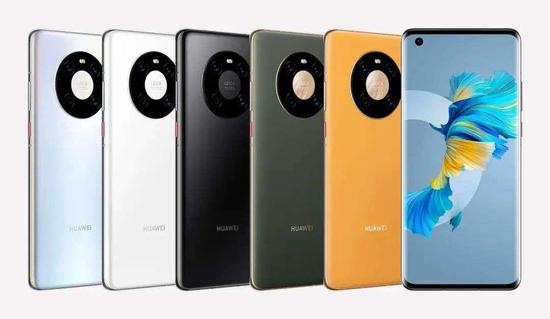 It can be said that in terms of product configuration, domestic flagship mobile phones can always do better. The competition in the domestic mobile phone market is fierce, which is the inevitable product of the strong competitive market. However, the sales volume of smart phones is not only related to product configuration. There is still a certain gap between domestic manufacturers and apple in terms of brand appeal, product quality control, software optimization and ecosystem.

The only way to hit the high end

For users, there are two main differences between domestic manufacturers and apple. First, the combination of hardware and software. At present, although the configuration of domestic mobile phones is excellent, the compatibility of applications, the fluency of the system and the brand ecosystem are not enough. Today, Android mobile phone is still struggling for a stable and easy-to-use customization system, and has not formed a good brand ecosystem.

Second, Apple has been selling its flagship products to the global market for a long time, and its brand has a high international reputation. As a contrast, domestic manufacturers still focus on the Chinese market, and the main products sold overseas are low-end products with small profits and quick turnover. It can be said that a lot of the word-of-mouth of the iPhone actually comes from the word-of-mouth of consumers, and so do domestic brands. Domestic brands do not have enough influence, in this case, it is difficult to get the recognition of consumers to launch high-end products. 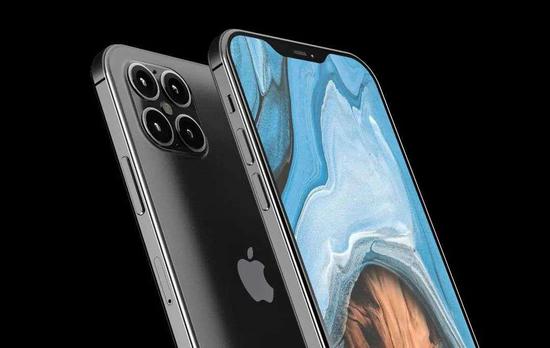 Then someone has to ask, why is it on the left rather than on the right? Because most people's preferred hand is the right hand, when using the mobile phone horizontal screen to take photos, they will choose the right hand operation. If the rear camera of the mobile phone is placed in the upper right corner, when you shoot horizontally, it's easy to be blocked by your palm. Considering the product design and ergonomics, it can be said that the rear lens in the upper left corner is the most reasonable design method.

This shows that the convergence from appearance to internal structure is almost inevitable in the process of continuous maturity and rapid iteration of digital products. Because the manufacturers are constantly trying to find the optimal solution, and the optimal solution to the end is often only one. Good designs tend to be convergent. What matters is not how much similarity there are between products, but how many differences there are between products.

Because of the different product positioning, even if the appearance design tends to be the same, there will inevitably be internal differences. Your mobile phone has IOS system and complete Apple ecosystem. My mobile phone has 2K high brush screen and high-speed charging. His mobile phone has liquid cooling system and virtual shoulder key. They all have a bright future.

Related news
IPhone 11, what an embarrassment!
Are you OK？ Sogou input online "Lei Jun imitation" voice
Are these manufacturers crazy to imitate the iPhone again?
Are you looking for real spell caster to bring back your ex
Netizens opened the Xiaomi router 4 four years ago: I found "ARE YOU OK!!!"
+27715451704 IT DOESN'T MATTER WHERE YOU ARE IN THE WORLD,
Hot news this week
Biden signed a chip and scientific bill, a video call of WeChat iOS internal test suspension window, the advanced CPU caused Win11 to be difficult to use, Huawei new machines enter...
How to regulate the "broken card" operation to crack down on electrical fraud to prevent "accidental injuries" with cards?
Musk's eyes! Lei Jun released a full -size humanoid robot Xiaomi self -developed strength explosion table
Japan has confirmed that China has overtaken the US for the first time in the world's top three indicators of scientific papers
iPad 10 will be absent from iPhone 14 conference: October appeared on Apple's last non -comprehensive tablet tablet!
Kuaishou TOB business Yu Bing: Self -developed chips or mass production after the end of the year, the video must be turned into light industry
The three major indexes of the US stocks opened sharply: ROBLOX fell more than 4%, Twitter and Tesla rose more than 3%
The global streaming media have increased the animation circuit is becoming a new "breakthrough" for Youaiteng
After selling Tesla for $6.9 billion, Musk said he was not selling it, but a survey said he was still selling it. The title of the world's richest man may not be guaranteed next ye...
Meizu Pandaer Great: All products are reduced by 200 and 30 -containing mobile phone cases, heat dissipation back clamps
The most popular news this week
Pet dog infecting monkey acne suspected "Human Poor" American CDC Reform Control Guide
Space Launch System to Fly for First Time
Tencent's second-quarter net profit fell 56% from a year earlier to 18.6 billion yuan
Fabless customers cut back on chip orders affecting Q4 capacity utilization
Washington's suspicion of TIKTOK exacerbated: How will the Bayeon government weigh it?
Pinduoduo launched its cross-border e-commerce platform in the United States in September
Put an SSD in your phone: from 2,499 yuan
China's largest general purpose drone! The first five flights were successful
IPhone 14 to be released alongside Huawei Mate 50: Which bangs do you choose?
Tencent's agent of the Russian war online game announced the suspension: Customs Customs in October