As the closest star system to the earth, Alpha Centauri has been the focus of research team and astronomy enthusiasts.Recently, it has been reported that scientists believe that they have found a planet near the Samsung system that has never been found before.Although the exact condition of the planet is not known, scientists speculate that it is orbiting a * Centaurus in a very similar environment to our solar system. 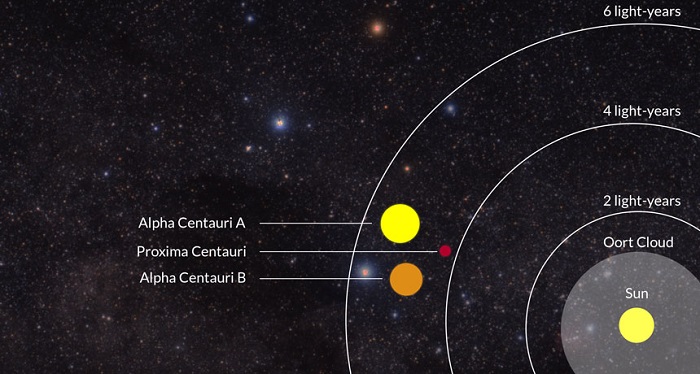 The condition of Centaurus, as far away as earth, is clearly not directly distinguishable by the naked eye. However, a new observation recently reveals a new planet orbiting one of the stars.

The Guardian reported that researchers had an unexpected result during their investigation of a * Centaurus, the sun like star in two bright stars.

In a new paper, astronomers detail a picture of the star system four light-years away from the earth, with a tiny object orbiting it.

The discovery benefited from the deployment of the very large telescope in the southern hemisphere (Chile), which was undertaken by the European Southern Observatory. During this period, the possibility of a large number of Stardust, a string of asteroids and even bad spots in the lens was envisaged.

In addition, the researchers also discussed the possible existence of exoplanets / plates around Centaurus A *, but other unknown sources cannot be ruled out at present.

Finally, to draw a conclusion, they also discussed the possibility of imaging exoplanets in habitable areas using currently in service or through upcoming telescopes.