File sharing between Android devices has attracted much attention recently, in part because the security vulnerability of ShareIt, a popular application, has been exposed. The reason why there are so many third-party applications in the play store is that Android itself does not have a reliable, long-term file sharing system that can span different mobile phone brands.Google has been slowly promoting the Android nearby framework. Among the newly introduced features, users can not only share files between two mobile phones, but also share applications on the play store. 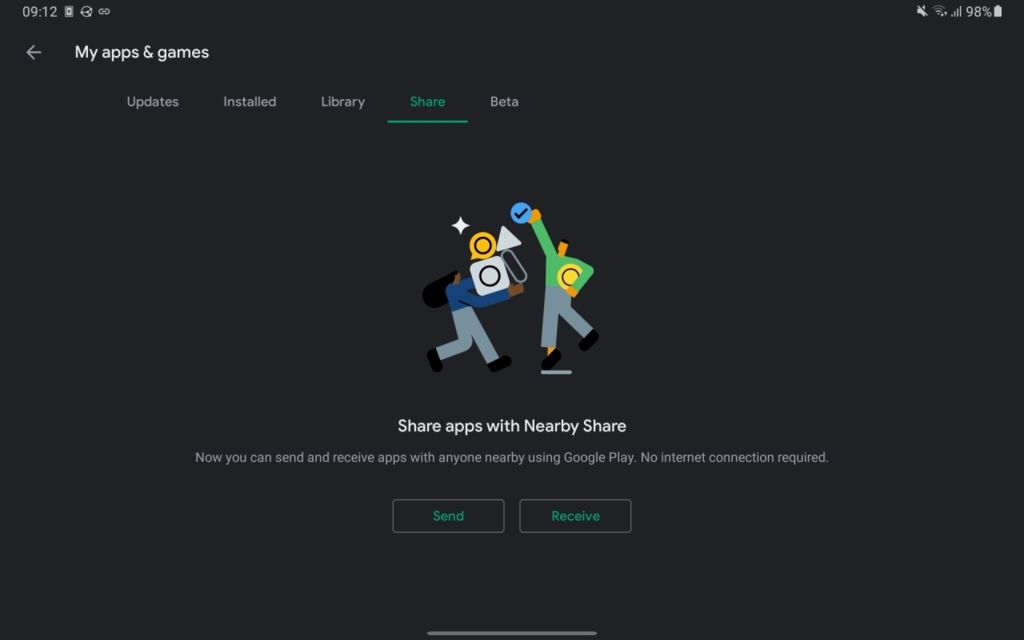 The ability to share apps on the play store was announced last year, providing Android users with a quick way to share apps. Users must navigate to the "my apps and Games" page of Google play store, and use the "share" tab on both devices. You can choose which apps to send, and a matching code will pop up to authorize the transfer. 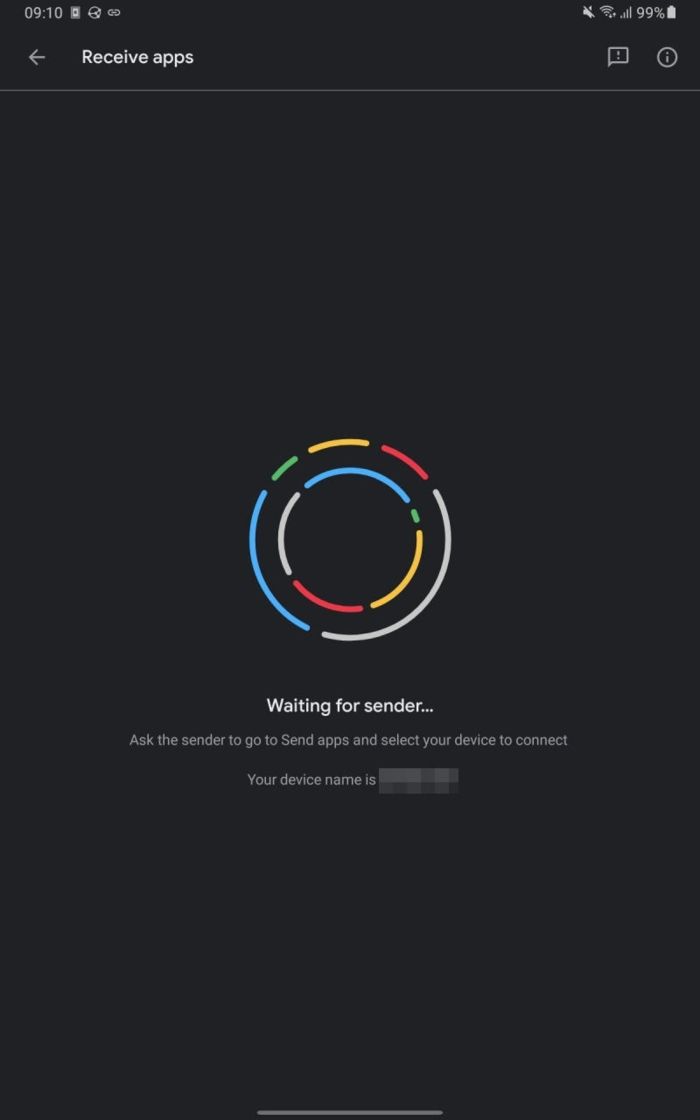 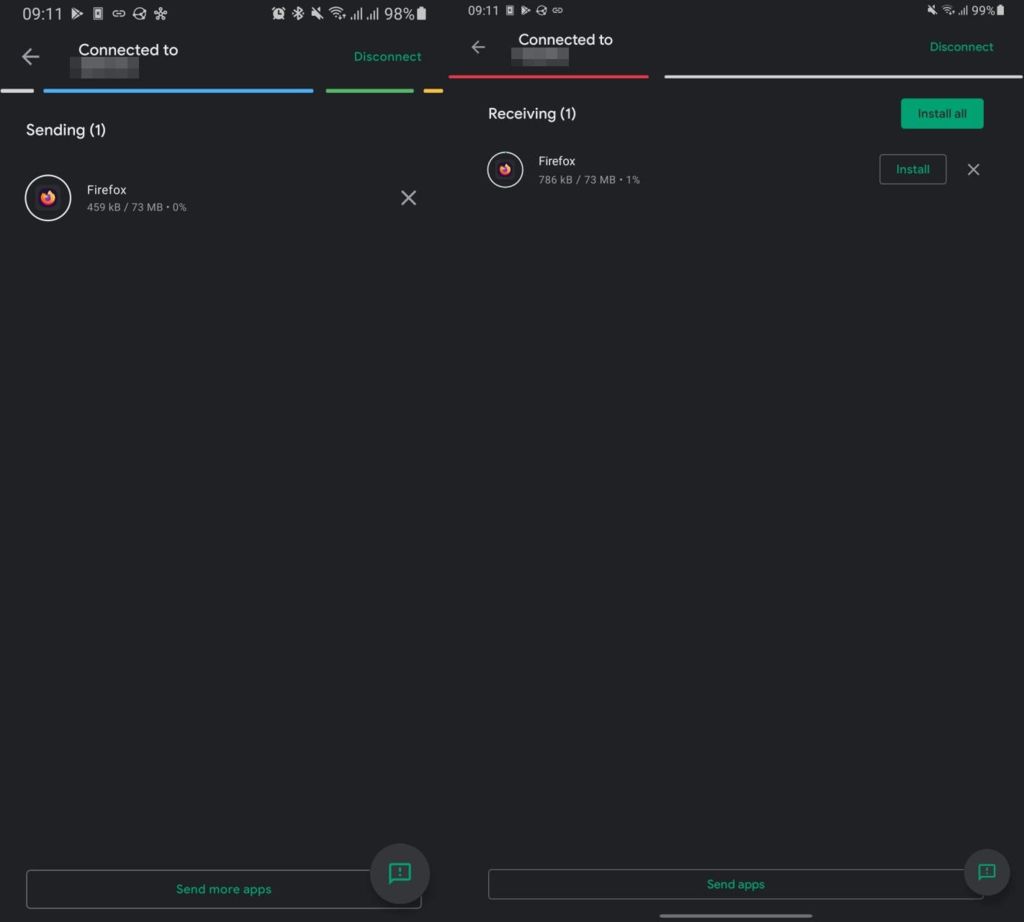 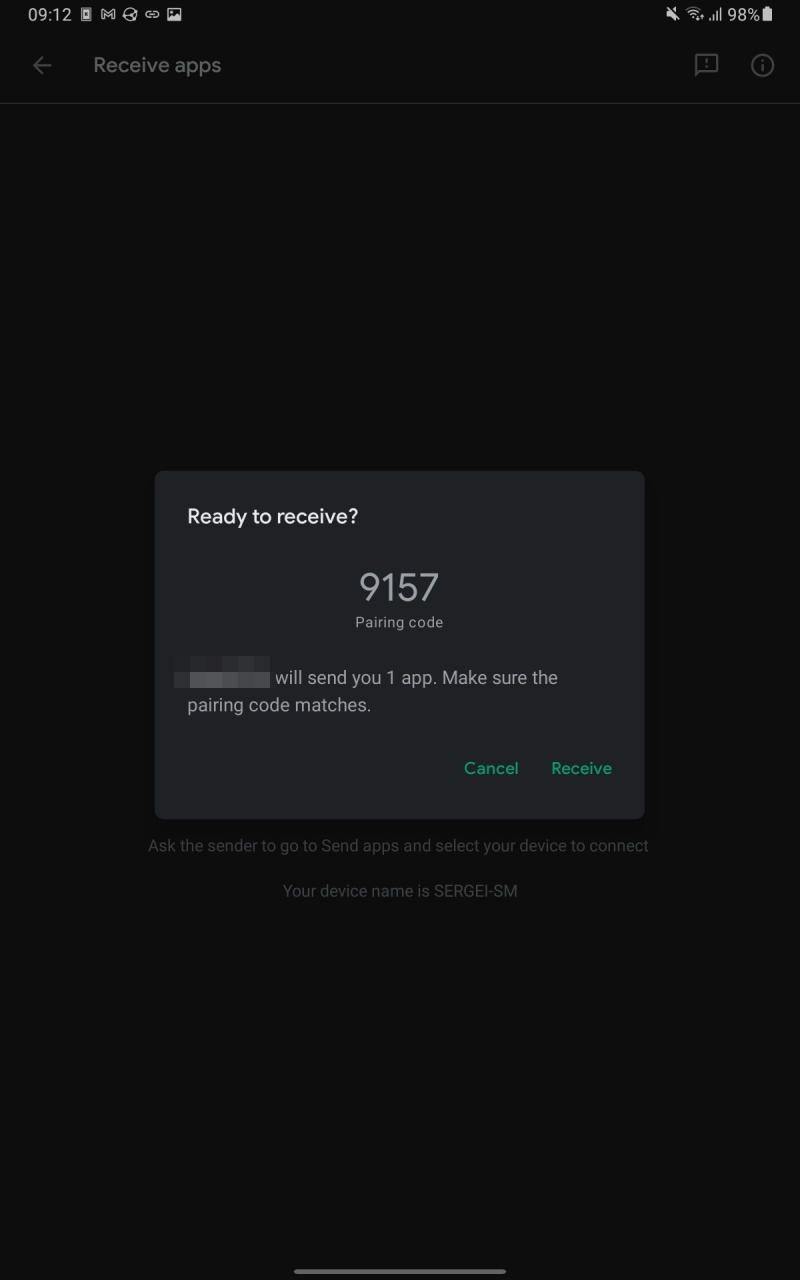 Related news
Google releases Android system update for the first time through Google Play Store
Google renamed airdrop like quick sharing to nearby sharing
Android will have the'blanketed' feature, tentatively named'Nearby Sharing'
Google develops airdrop application nearby share: supports windows / MAC / Chrome OS
Google introduced Nearby Share file sharing for Chrome OS
The Google Nearby Share app is about to allow users to share Android app (Figure)
New feature of Android nearby: users can quickly share play store applications (Figure)
Hot news this week
The company announced the shipment data of 2021 Q1: the proportion of Huawei fell to the sixth place in the world at 4%
Sony's third generation noise reduction experience: comparable to the strongest combat power of real wireless noise reduction headphones
Henan satellite TV "Dragon Boat Festival wonderful tour" full version popular all over the network: netizens call content amazing
New people to do "new" business: preparing for the battle with Zhang Ying, a peach farmer in Yangshan
An 18-year-old Japanese female painter is popular, and her painting level of mobile phone software is beyond imagination: beauty makes netizens sigh
In depth cooperation with Huawei real hammer! BYD open recruitment of "Hongmeng development engineer"
In 618, big promotion came, beware of the trap of cheating by taking advantage of the official SMS of charging companies' platforms
Dragon Boat Festival colorful Luoshen amazing interpretation of underwater flying netizen: too beautiful, lost the language
Can you travel around the world without leaving home? Jingdong 618 Jingdong International gives you a fancy "flying" strategy
During the period of 618, Jingdong will issue a total of 10 billion consumption vouchers, which have benefited consumers in 14 places such as Beijing and Zhejiang
The most popular news this week
480000! Baidu announced the cost of the fifth generation shared unmanned vehicle for the first time
Windows 11 desktop window, taskbar first look: a variety of layout options
Return after 10 years! Windows 11 latest boot audio exposure: listen to it
Yixin technology won the honor of "2020-2021 (4th) China IC unicorn"
Which brand of vacuum cleaner is better? Who should buy vacuum cleaners and floor sweeping robots at the same price?
Shenzhou Wentian wechat adds time limited status "rush"
A moment in history! The successful launch of Shenzhou 12
Airpods 3 will be launched this year! Apple executives hint: it may integrate the bracelet function
The first man after Bill Gates! Microsoft CEO NADELLA will also be chairman of the company: the first time in 20 years
Domestic mining fails Huaqing: the price of graphics card is falling