Perseverance successfully landed on Mars! What is China tianwen-1 waiting for?

In the early morning of February 19, Beijing time, the U.S. willpower probe successfully landed on Mars!

Tianwen-1, China's first Mars exploration mission, has now entered the orbit of circumfire, and plans to land on Mars from May to June 2021.

You must wonder: Why did willpower land directly when it reached Mars, while tianwen-1, which arrived earlier, had to orbit Mars for about three months before landing?

It is precisely because of its special mission that the tianwen-1 probe, which has both a orbiter and a patrol group, has become one of the heaviest probes launched by human beings to Mars, reaching more than 5 tons. At the same time, it has a maximum diameter of about 4 meters and a height of more than 4 meters.

On February 15, the tianwen-1 spacecraft adjusted its orbit to a ring fire orbit passing through the poles of Mars.

In the future, the tianwen-1 probe will enter the Mars docking orbit after several orbit adjustments to carry out exploration in the pre selected landing area. It is planned to select a plane to carry out Mars landing and patrol exploration from May to June 2021.

In the previous Chang'e lunar exploration mission, China has achieved soft landing on the lunar surface for many times. However, compared with the moon, Mars has an atmosphere (although relatively thin), and the environment is more complex. At the same time, the ground fire communication delay will reach about 20 minutes. Therefore, the whole landing process can only be judged and executed by the probe itself, and the ground has no time to do any disposal.

The whole landing process of tianwen-1 is about 9 minutes, during which the speed will be reduced from about 4.9 kilometers per second to 0.

The first step in this mission is to use the dense atmosphere of Mars.

Next, it needs to open its own parachute immediately until the speed drops to less than 100 meters per second, and then the variable thrust engine carried by the detector starts on time to enter the power descent phase.

When it reaches 100 meters away from the fire surface, the detector enters the hovering stage.

The probe may also move at an altitude of 100 meters to select a safer landing area for landing.

After independently determining the landing area, the lander will arrive at the surface of Mars under the protection of buffer mechanism and airbag.

Up to now, the three major fire detection tasks of human 2020 window are progressing smoothly. I wish them all a complete success and make new contributions to human deep space exploration! 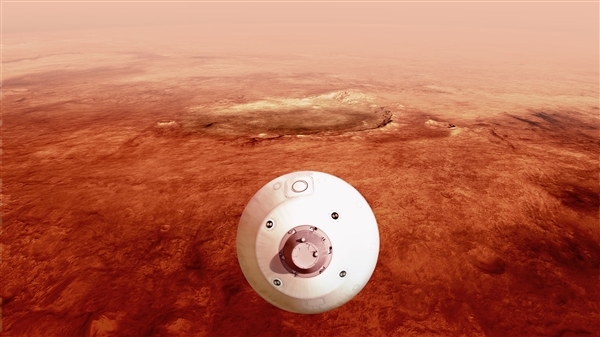 Related news
What is the Mars 2020 Mars Rover? Go to the NASA assembly room and have a look.
NASA Engineers Install Sample Cache System on Mars 2020
NASA completes separation of Mars 2020 landing platform
NASA Mars 2020 probe completes the first "stand up"
Not only NASA name confirmed Perseverance but a string of Moss codes
NASA shares the latest balance test video of perseverance Mars probe
Hot news this week
With over 17 million number carrying users and 99% success rate in one hour, is it the best time to handle it?
Users complain that Microsoft win10 update has big problems: unable to install, performance retrogression, system crash
Xiaopeng auto executives: are considering the development of automatic driving chip to maintain a competitive advantage
Micro envelope banned vibrato link was prosecuted by users: Tencent tiktok to Shenzhen intermediate court
Linux foundation establishes research department to expand insight into open source projects and ecosystems
The first day of Tucson's future IPO in the United States: it fell nearly 20% in the session and ended flat
The former executive was sentenced to 12 million compensation after hopping Tencent from iFLYTEK: the party has appealed
Station B: network video users will break through 1.2 billion video platform and become a new portal of Internet
Qualcomm qcc5141 helps create a top wireless listening experience with the new cleer ally plus II true wireless noise reduction headset
The news said that Apple solved the new iPad Pro supply: the domestic synchronous launch, the strongest in history
The most popular news this week
What's the situation of domestic autopilot? I compared Huawei Dajiang, Tesla, Baidu and other companies
Huawei will launch three folding screen phones in the second half of the year
Sony picturesque series 4K OLED smart TV a90j evaluation
Xiaomi brand new appearance design patent exposure! Fuselage no entity button: Lightning rear camera eye catching
"My world" mosaic into a realistic blockbuster, NVIDIA and black Technology
Is the neck of China's industrial Internet stuck?
Standing on the roof of Tesla, he was arrested for 5 days! Family members of female car owners: keep fighting
Tesla auto show rights owners apologise: shouting Tesla will not compromise
Charge once, cool for one year: Youku gold membership card 50% off, only 99 yuan
U.S. officials issued a search warrant to Tesla to obtain the accident data! Musk's response