According to foreign media reports, the number of confirmed cases of cowid-19 in the United States has steadily declined in the past few weeks. Epidemiologists say there may be several reasons for the decline: the United States has gone through a surge in holiday season and people have changed their behavior to cope with the winter peak.Now, many people have antibodies against the virus because of previous infections. But vaccines may not be the driver of this decline - not enough people have been fully vaccinated with cowid-19, and when confirmed cases begin to decline, vaccination rates are still relatively low. 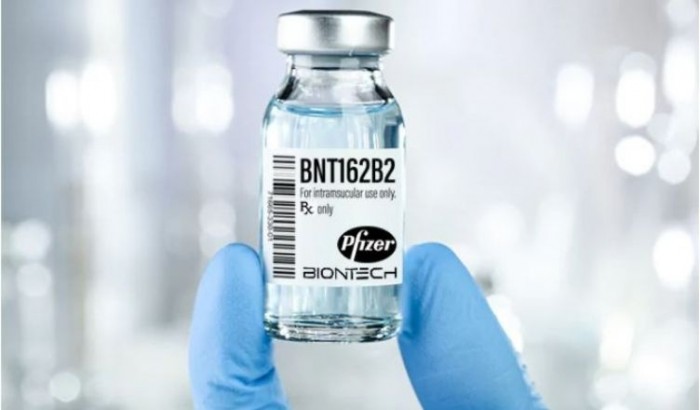 However, some people's vaccination rates are high enough, and the benefits are beginning to show. Connecticut was one of the first states to complete vaccination of long-term care facilities and nursing homes. All the residents who want to be vaccinated received the first dose of vaccine before January 8, and most of them had been vaccinated before the end of January.

The impact is enormous. By the end of 2020, about 400 nursing home residents in Connecticut will test positive for the new crown every week, and about 100 will die. In the week ending February 2, 101 and 35 deaths occurred when most people completed the vaccination - a drop of nearly 80% from the previous month. 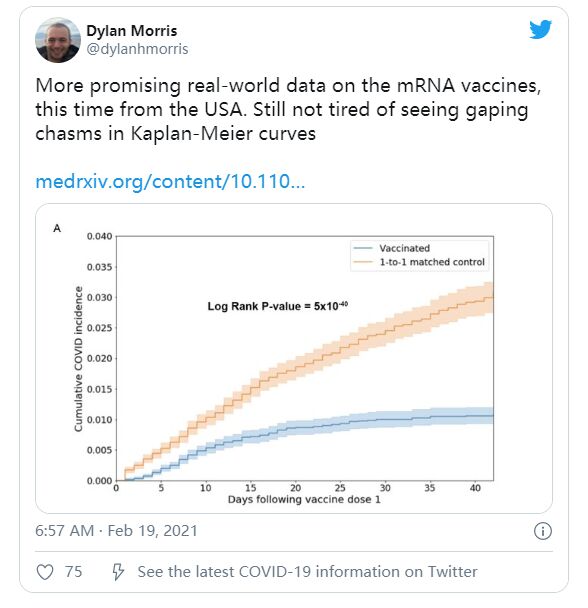 "I have to believe it has an impact," Keith grant, senior systems director for infection prevention at Hartford healthcare, told the Hartford news in early February. At that time, the trend was just beginning to show a decline in the number of cases and deaths in nursing homes. Since then, the situation has continued to improve. The overall trend of cases in Connecticut is also declining, which is one of the reasons for the decline in nursing homes. But the decline of this group is more obvious than that of the whole state.

Other groups of people in the United States, including health care workers and other necessary staff, have also begun to get full vaccination. These vaccines are already protecting them. A team of researchers examined about 30000 vaccinators with health records in the Mayo Clinic health system. The researchers pointed out that these people should be mainly medical staff and residents of long-term care institutions. In this group, the infection rate of covid-19 began to stabilize a few weeks after their first vaccination, while the infection rate of a similar group of people who were not vaccinated continued to rise. These victories are just a subset of the crowd. But even though vaccination may not reduce the overall number of cases, it may soon start to see their impact on hospitalization and death. The elderly, who are most likely to be hospitalized or die of covid-19, are the first group to be vaccinated in the United States, with a higher proportion of vaccinated people. As that number goes up, hospitalization rates may start to fall, even if young people are still sick.

Experts pointed out that the 75% to 80% threshold as a point, when enough people will be vaccinated, the spread of covid-19 will start to stagnate. However, the vaccine may begin to "flatten the curve" earlier than that. A modeling study found that if only 40% of the population were vaccinated, the number of cases would drop, and the number of hospitalizations and deaths would drop by 60% to 70%.

This has not been shown in the data. Some health experts pointed out that the key is to adhere to the preventive measures of cowid-19, which is the real reason for the decline of the number of cases in the United States. These measures include wearing masks, avoiding parties and so on.

Related news
@666 Join illuminati Kingdom in United Kingdom +27839387284
COVID-19 confirmed cases in the United States exceed 8 million
Strong Money Spells in United States (USA) | spiritual rats
The White House hopes to provide 20 million Americans with an adequate dose of covid-19 vaccine in December
The multi dose covid-19 vaccine will test the tracking system in each state of the United States
here.@ ***
The United States and Pfizer and other vaccine manufacturers discuss access to more covid-19 vaccines
Pfizer covid-19 vaccine will face the review of FDA panel. What will happen next?
The head of the new crown vaccine program in the United States says the vaccine may protect severe covid-19 for a long time
Foreign media: covid-19 vaccine begins to work in the United States
Hot news this week
With the NIL technology, Canon wants to provide China with a lithography machine comparable to the EUV
Genius hacker Geohot promised Musk 12 weeks to fix Twitter search, but posted for help because he wouldn't react
Google's parent company is planning to cut tens of thousands of jobs
The Long March 9 is basically confirmed: the low-orbit carrying capacity of 150 tons can carry the entire space station into space
A small plane in the US has crashed into a 30-metre high voltage power line and got stuck: 80,000 people affected
Google is concerned that Microsoft's acquisition of Activision Blizzard will affect the ChromeOS experience
Alibaba launched a new cross-border e-commerce platform in Spain, aiming to operate independently in the middle and high-end market
Can recording others' wechat chat records be used as evidence? The Beijing Internet Court has an answer
The second generation Snapdragon 8 flagship! Mi 13 toughened film appeared: four sides and other narrow screen accounted for a stable ratio
A Tesla crashed into two cars in Taizhou, Zhejiang province, killing two and injuring one, police said
The most popular news this week
Eggs don't fit in one basket: Some of the Snapdragon 8 Gen2 is manufactured by Samsung
128 core 256 threads! AMD Zen4c is here: Arm is cornered
Breaking the spell of "Android 3 year must card", the new Breguet mobile phone will be sold for the first time tomorrow: from RMB3499
Be careful with your phone for a long time! The aunt played with her mobile phone so much that her fingers got stuck
More conscientious than Google, the OnePlus promises a 4-year upgrade: Android 17 beckons
What do Chinese teenagers do online? It's comforting to be third and first in gaming
Tmall sought 500 million yuan in loans from ofo affiliates and Dai Wei
Tencent Holdings: bought back 36,200 shares at a total cost of HK $10.606 million
Tuniu's third-quarter revenue fell 32% from a year earlier to 7,790 yuan
Xiaomi 13 press conference new product summary: In addition to the phone there is a monster new