Microsoft officially pushed a patch to forcibly delete flash! How to deal with it perfectly

As we know, flash is a technology that has been definitely eliminated. Whether it's Google, Microsoft, or Apple's operating system, or the major browsers and other applications in the industry, as well as Adobe itself, all declare that they will give up support for flash in 2021.

Now, Microsoft is finally taking enforcement action! Microsoft has started to push the patch kb4577586 to win10 system on the market to forcibly delete flash in the system. 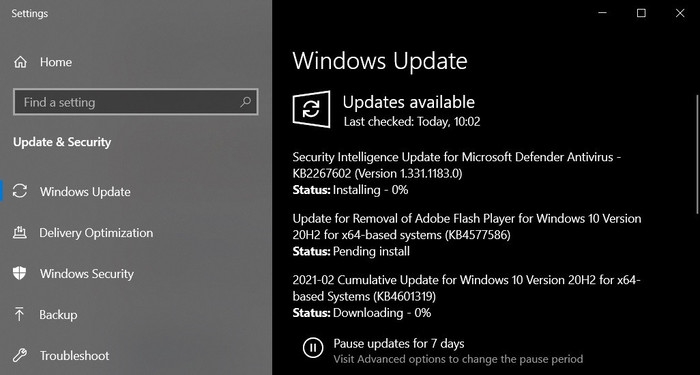 Win10 patch kb4577586 has only one function, that is to completely remove flash from the system.

In fact, this is not the first appearance of kb4577586. In November last year, the patch for kb4577586 already appeared on Microsoft's official page. Users can manually download and install kb4577586 and delete flash completely. If you have this requirement, you can click the link below to enter the download page of kb4577586. 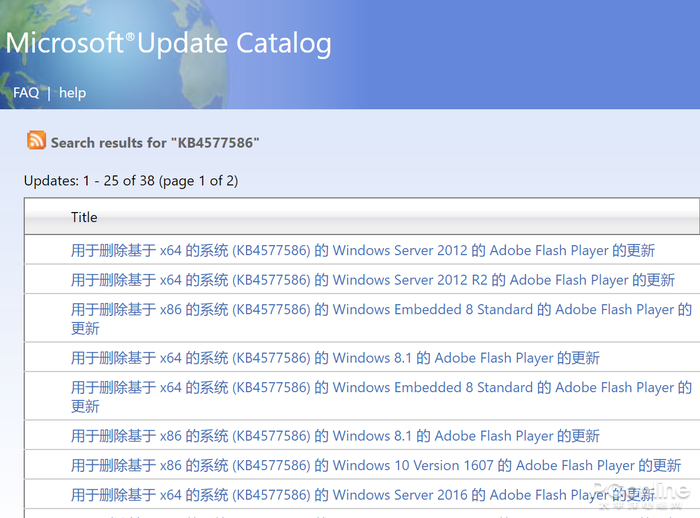 Different from the end of last year, this time Microsoft took the initiative to push kb4577586 to win10, and the majority of users will be forced to bid farewell to flash. However, there are many friends who still need flash.

Now Microsoft push patch force delete flash, how to do? This is to provide you with two solutions, which can basically deal with perfectly.

If the above link fails, it is also provided hereDownload from Internet disk:https://pan.baidu.com/s/1ZljB60rqzQ7Xxy8q5sV_ FG extraction code: 7ekm

The use of this tool is very simple. After downloading, double-click to run it, and then choose to hide the update, or redisplay the hidden update.

Select the first one here to hide the update. If you want win10 to push the update again, you can run the tool again and select the second option to redisplay the update. 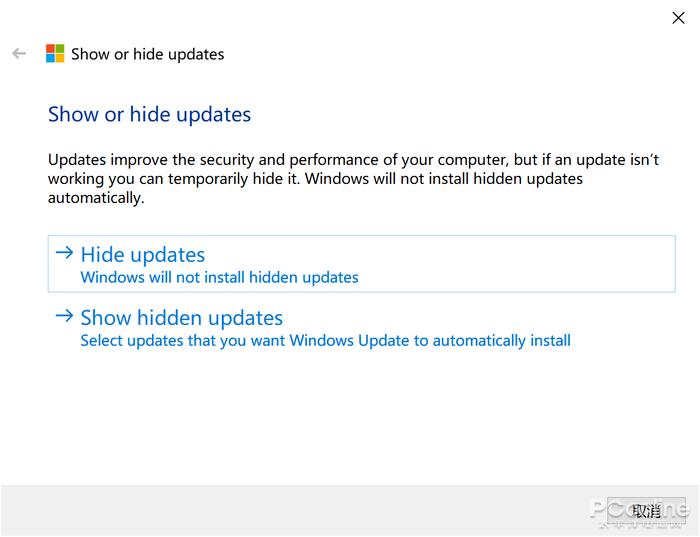 As shown in the figure below, you can see the update that Microsoft is pushing to win10. Select the kb4577586 patch here and click next. When the troubleshooting of the tool prompt is completed, the system will no longer receive the kb4577586 patch and forcibly delete flash. 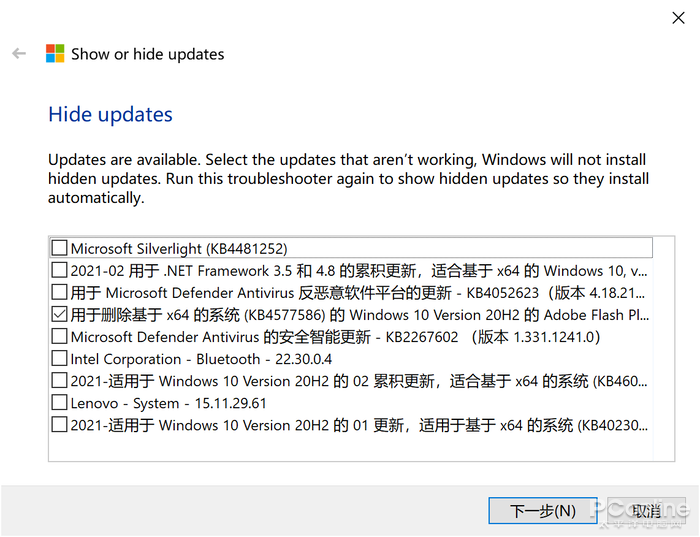 Although the above method can let you continue to use flash, but I do not recommend it. After all, flash itself does have many problems, such as security, performance, stability and so on.

In addition, even if the system retains flash, but the browser no longer supports it, flash is difficult to work.

Here, I recommend using this tool to simulate the running of flash, even if the flash has been completely deleted, it can still be compatible with the flash components on the network!

Ruffle supports a variety of browsers, including chrome, Firefox, Safari, etc. take chrome as an example.

After downloading its compressed package from the official website of ruffle, you need to install it manually. Open the extension management page in chrome and turn on the developer mode switch in the upper right corner. 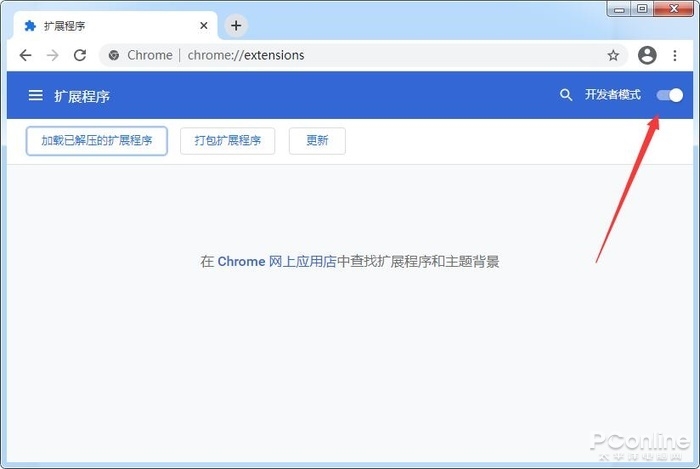 Open developer mode in the extension program interface of chrome

Next, unzip the zip package of the rubber extension into a folder. 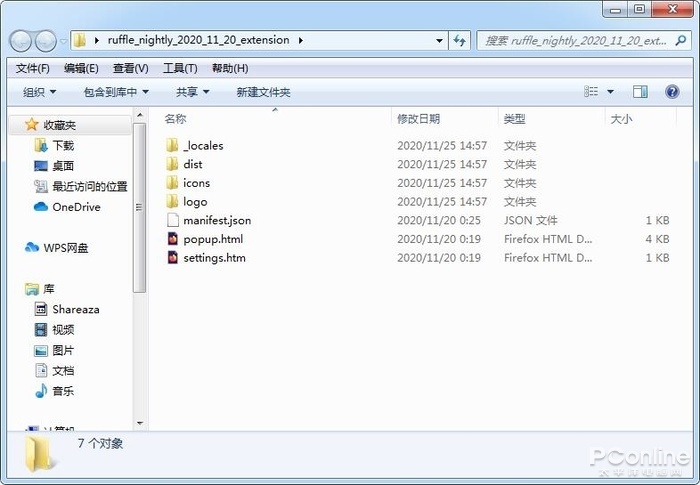 Decompress the zip package of Ruffle

Restart Chrome browser, you can run flash with ruffle! 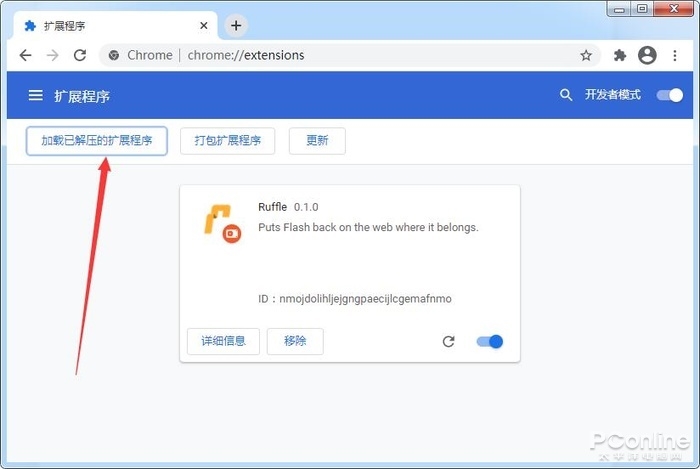 Is Ruffle really useful? Take a look at the author's test. In the moving picture below, you can see that the flash switch in Chrome has been turned off, and then I opened a flash demo of calculator.

After clicking run, the flash demo can run as usual, no matter the interface or interaction. Right click the flash demo and you can see that it's really ruffle running.

In general, Microsoft push patch to delete flash is the general trend. Hope that the websites still using flash can embrace new technologies such as HTML5 as soon as possible and bring better experience! 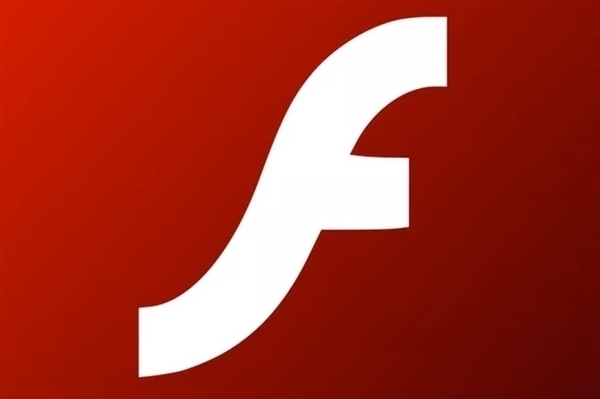 Related news
Microsoft To-Do officially landed on macOS platform (figure)
How do you fight Facebook?
How i got my husband back after breakup
{{^$SURE DEAL 100%$}+27670236199 HOW TO JOIN ILLUMINATI??
How i got back my Lover
How to import and export Bitcoin private keys
Hot news this week
2021 Hurun self made list of the richest people under 40: 38 year old Zhang Yiming ranks first in China
Tencent Teana laboratory holds a cross boundary Seminar on artificial hearing technology: cochlear implant technology is undergoing cross boundary development
Dada's latest equity exposure: Jingdong is the major shareholder, and Kuai Jiaqi holds 7.8% of the shares
Shell equity exposure: Zuohui has 81% of the voting rights, and Tencent holds 5% of the shares of two shareholders, hillhood
For the first time in history! Sanxingdui "cornucopia" 3 pit successfully took out the complete round mouth square statue
Xiaomi donated to Tsinghua University to set up Xiaomi artificial intelligence Innovation Research Fund
Benchmarking Tesla semi? Geely responded to rumors of developing pure electric heavy truck: no comment
Spend another 20 billion dollars to buy nuance, where did Microsoft spend its ten-year "cash" capability?
With over 17 million number carrying users and 99% success rate in one hour, is it the best time to handle it?
Lenovo he Zhiqiang: the cumulative income exceeds US $500 million, Lenovo venture capital enters the payback period
The most popular news this week
It is reported that Lianfa technology will use 4nm technology to manufacture 5g mobile chips
Tesla hit a tree at high speed, two dead! Police: driving without driving
Hackers focus on virtual currency! A man was stolen more than 2 million yuan
Better than snapdragon 888! Samsung Galaxy Z fold 3 uses snapdragon 888 plus
Post-90s and post-95s become the main force of blind date: China's single population exceeds 200 million
Cryptocurrency crash Market: some people crazy cash out, the U.S. government to move
Not ppt! Take alpha s, Huawei's autopilot, and deliver the Huawei version within this year
1 billion US dollars, over 5000 R & D personnel! Huawei Wang Jun: Huawei Bu has no revenue target this year
Why is "Huawei automobile" known as the first automatic driving? Top executives reveal secrets in person
China's box office will exceed 20 billion in 2021: 5 films will exceed 1 billion. How many have you seen?