The new generation of Apple's airpods will be released as soon as next month!

It has been rumored that the entry-level airpods 3 will look like the current airpods pro. Recently, some media have released photos that are said to be airpods 3, revealing what the next generation of Apple headphones will look like and even what functions they will have. 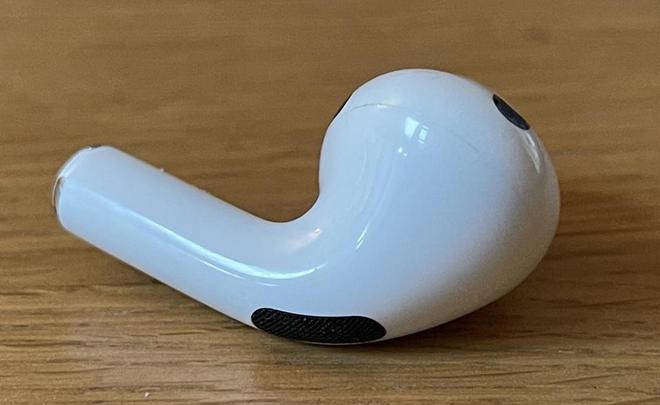 The difference between the air pods 3 and the air pods Pro is that the design of the heat dissipation hole can balance the pressure and make the headset wear longer without discomfort.

It's not clear what the earplugs will look like. At present, airpods Pro is equipped with silicone earplugs to isolate noise, while ordinary Apple Earphones don't. There are no earplugs in the newly released images of airpods 3, but it indicates that the next generation of Apple headphones will provide earplugs

However, the report also announced unexpectedly that the unique spatial audio function of the air pods Pro will be introduced into the air pods 3. This means that when users watch a movie or program on a compatible iPad or iPhone, they will get cinema like multi-channel surround sound. Space audio is equipped with dynamic head tracking technology, which can make users feel immersive anywhere in the space.

If this is the case, the main difference between airpods 3 and airpods Pro will be the active noise reduction function provided by airpods pro.

The next generation of Apple headphones may be released as early as March 2021, so consumers may not have to wait too long. In addition to the design, the price and specific name of the next generation of Apple headphones are still unknown. If the new product is a direct substitute for the current airpods, Apple will stick to the name airpods. But if the new headphones are between the current airpods pro and airpods, it could be names like airpods plus. (Chen Chen)