At present, the national high-risk clearing.

Novel coronavirus pneumonia and no symptoms were infected for more than 14 consecutive days in Wangkui County, Suihua, Heilongjiang. Since February 22, 2021, the risk level of Wangkui has been adjusted from a middle risk area to a low risk area.

So far, the high-risk areas of the epidemic have been cleared. Go China! Wangkui County adjusted to low risk!

Although the national high-risk zero, disease control experts still remind you to go out to do a good job of personal protection, wear masks, wash your hands in time, don't relax vigilance.

As of 24:00 on February 21, according to the reports of 31 provinces (autonomous regions and municipalities directly under the central government) and Xinjiang production and Construction Corps, there are 401 confirmed cases (including 2 severe cases), 84805 cured and discharged cases, 4636 dead cases, 89842 confirmed cases and 3 suspected cases. A total of 976500 close contacts were tracked, and 7832 close contacts were still under medical observation. 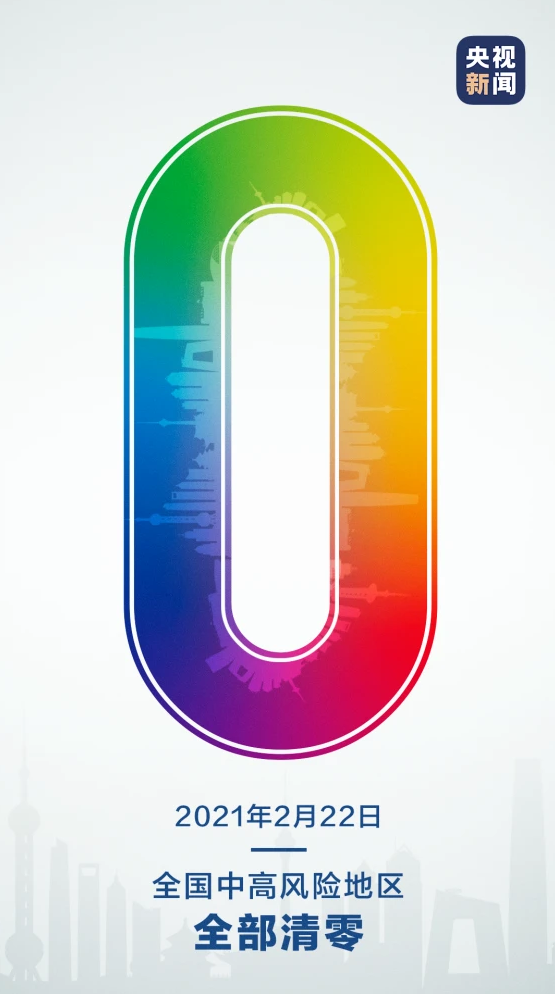