The second earth? Foreign media: the journey to Mars is very important to human beings

Buenos Aires economic news network of Argentina published a report on February 18 entitled "why is the trip to Mars so important? 》Mars is the most livable planet that humans can reach, according to the article. This makes it the best place to confirm the existence of life beyond the earth.In short, answers to the mysteries of life can be found on Mars. The excerpts are as follows

Why is it so important to go to Mars? What is the significance of human exploration of the red planet?

The answer is clear. At present, we believe that Mars is the most livable planet that human beings can reach. This makes it the best place to confirm the existence of life beyond the earth. In short, answers to the mysteries of life can be found on Mars.

Mars was first explored by telescopes, then by spacecraft in orbit and robots on the surface of Mars. We found a charming planet, although its size is much smaller than the earth, but the earth's little brother has magnificent terrain, its hills and valleys are almost the largest in the solar system.

Mars has the largest volcano in the solar system - Olympus mountain, with a height of 23 kilometers; there is also the largest canyon zone - mariner Valley, with a depth of 7 kilometers. The canyon is winding, about a quarter of the length of Mars equator. In addition, Mars has the largest known impact basin "northern Great Plain", which accounts for 40% of the surface area of Mars.

The reason why Mars has two very different faces is still unknown. But there are no volcanoes in the northern lowlands, probably because it used to be a huge ocean.

The conclusion that Mars had liquid water in ancient times can be inferred from the dry river channels observed in orbit. Volcanoes, such as the site explored by NASA's curiosity rover, once covered with lakes in the gale crater area, also confirm this.

There is no doubt that this is the most important discovery of Mars robot exploration so far. It confirms that Mars is very similar to earth, and in ancient times there was a lot of liquid water on both surfaces. Later, life appeared on earth, which made us think that this process may also start on Mars.

Although not yet confirmed, another major discovery on Mars is the detection of methane in its atmosphere.

Almost all methane on earth comes from biological emissions. It mainly comes from methane producing organisms, although some geological processes also produce methane.

At present, the study of the origin of methane on Mars is one of the major challenges in astrobiology. At present, methane is only detected above the surface of Mars. Specifically, it is detected by instruments carried by the Mars rover curiosity. But it's strange that methane is not detected in the upper atmosphere.

In theory, methane detected on the surface of Mars will accumulate in the atmosphere and should be captured by sensitive instruments carried by orbiting spacecraft before it is destroyed by solar radiation through photodegradation, a process that lasts for hundreds of years.

There should be a mechanism that quickly destroys methane on the surface of Mars and does not allow it to accumulate in the atmosphere until it is detected by orbiting spacecraft, but this mechanism has not been discovered by humans.

The latest discovery about Mars is that it still maintains some seismic activity. So far, more than 480 earthquakes have been detected by the seismograph on the "insight" Mars exploration platform, which undoubtedly shows that the red planet still maintains crustal movement. At the same time, it was found that the overall magnetic field of Mars was larger than expected, which strengthened the idea of the existence of earthquakes on Mars.

These findings help to elucidate the processes that Mars went through in the past. In ancient times, Mars's atmosphere might have been denser and warmer, and its surface was filled with liquid water, rather than being as cold, dry and dry as it is now. 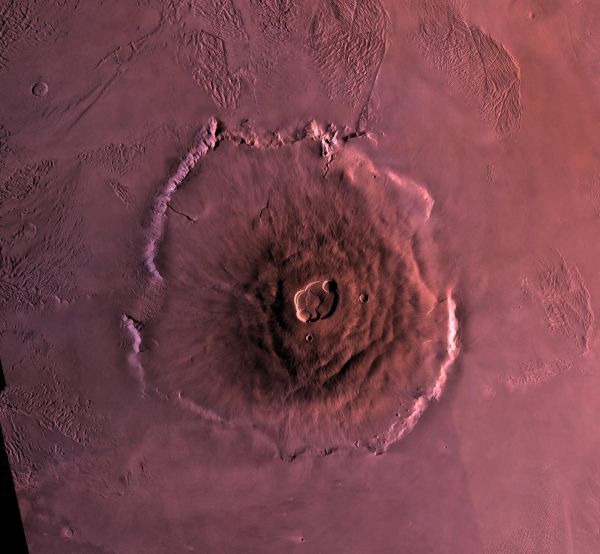