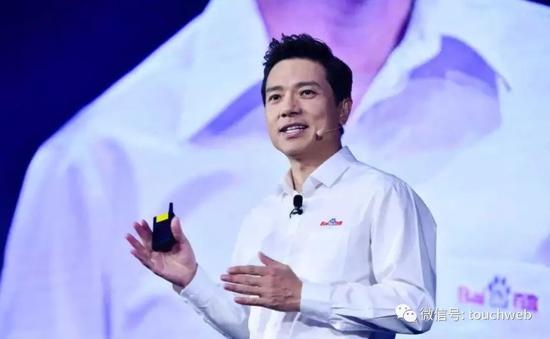 Internet giant Baidu, which has been highly regarded as a loser in the past two years, has risen in recent months with a market value of more than 100 billion US dollars, reaching a new high since its listing.

On the one hand, thanks to the rapid recovery of China's economy from the epidemic situation and the rebound of the advertising market, Baidu's main business has become more stable and its market confidence has increased;

On the other hand, baidu is accelerating its transformation, strengthening its investment in e-commerce, local life and other fields, making its service more sinking and reducing its dependence on advertising business to a certain extent. At the same time, Baidu's investment in cloud services, intelligent transportation, intelligent driving and other artificial intelligence fields has begun to yield, which makes Baidu's core non advertising revenue grow by 52% year on year.

Baidu's revenue in the fourth quarter of 2020 exceeded 30 billion for the first time, the highest level since its listing. Baidu also said that it would give full play to its huge Internet user base and provide more non advertising services.

Behind the sharp rise of Baidu's share price, a bigger factor is that Baidu directly goes out to build cars. After the rapid rise of Tesla and Weilai's share prices in 2020, the outside world also has higher expectations for Baidu in the field of car building.

On January 11, 2020, baidu announced the formal establishment of a smart car company. Baidu automobile company is independent of its parent company system and maintains its independent operation. At the same time, baidu fully empowers the automobile company with core technologies such as artificial intelligence, Apollo automatic driving, small vehicle and Baidu map to support its rapid growth.

Baidu automobile company chooses Geely as its partner, and Geely holdings becomes its strategic partner. In the next step, based on Geely's newly developed pure electric Architecture -- vast sea intelligent evolution experience architecture, the two sides will cooperate closely in the fields related to intelligent vehicle manufacturing to jointly build the next generation of intelligent vehicles.

On February 21, 2020, baidu confirmed that Xia Yiping, a former co-founder and CTO of Moby bike, was the CEO of Baidu car manufacturing company.

According to Baidu, Apollo go is the only travel service in the world to operate robotaxi and robobus in many cities. By December 2020, it will receive more than 210000 passengers. Baidu plans to open Apollo go's self driving taxi service to 30 cities from Beijing, Changsha and Cangzhou in the next three years, and deploy at least 3000 self driving taxis to serve 30 million users.

During the epidemic period, baidu Apollo also cooperated with a number of ecological partners to go deep into the front line of epidemic prevention and control in 17 major cities, and put in more than 100 unmanned vehicles to undertake the cleaning and disinfection, logistics transportation, material distribution and other work.

Apollo scape, Baidu's large-scale autopilot data set, should be opened in early 2018. It is committed to providing more practical data resources and evaluation standards for autopilot technology researchers all over the world.

At present, Apollo scape has opened 147000 frames of pixel level semantic annotation images, including hundreds of thousands of high-resolution image data such as perceptual classification and road network data, and corresponding pixel level semantic annotation, It will further cover more complex environment, weather and traffic conditions, and add more sensors to expand the diversity of data.

On August 16, 2016, velodyne lidar, a lidar company, won a joint investment of US $150 million from Baidu and Ford. The three parties carried out all-round cooperation in the field of unmanned driving, aiming to make the price of lidar no longer high, so as to accelerate the commercialization process of unmanned driving.

Velodyne was founded in 1983. It started as an audio business, and then expanded its business to laser radar and other fields. Currently, velodyne lidar has been listed on NASDAQ in the United States by curve.

On May 3, 2018, laser radar maker Hesai technology announced the completion of round B financing of 250 million yuan, led by speed of light China and Baidu. Hesai technology was founded in San Jose, USA in 2013. At first, it focused on natural gas detection business, and then entered the field of lidar.

On September 22, 2020, Weima automobile announced the completion of round D financing of RMB 10 billion. This round of investment is jointly led by Shanghai state owned assets investment platform and SAIC Group, and Baidu, which led Weima in several rounds, followed the investment again. At this point, Weima announced the completion of the largest single round of financing in the history of new forces of car manufacturing. Among them, baidu is the largest institutional investor and external investor of Weima so far.

In January 2021, the mass production ceremony of Weima's third new intelligent pure electric SUV W6 was held in Huanggang, Hubei Province, and will be officially delivered at the 2021 Shanghai auto show.

According to Shen Hui, founder, chairman and CEO of Weima automobile, Weima W6 has realized the driverless ability in high-frequency parking scenarios with the help of millions of cloud computing power of Baidu Apollo platform. In the future, Weima will cooperate with Baidu Apollo to extend more scenes, including advanced auxiliary driving functions under open roads.

On October 26, 2020, ecarx, an automotive intelligence company, announced the completion of round a financing, with a financing amount of 1.3 billion yuan and a post investment valuation of over 10 billion yuan. This round is led by Baidu.

Competition in the smart car market is just beginning

In the past few years, Baidu's intelligent driving team has been in turmoil, coming out with a large number of talents and building a series of well-known enterprises.

For example, the automatic driving company pony Zhixing（ Pony.ai ）The founders of Wenyuan Zhixing, Wenyuan Zhixing and horizon are all from the automatic driving Department of Baidu. Recently, Gu Weihao, who joined Great Wall Motors and served as the CEO of Great Wall Motor's company Wumo Zhixing, is also from the unmanned driving Department of Baidu.

Gu Weihao joined Baidu in 2003 and worked in Baidu for 16 years. He was responsible for many businesses such as L3 level automatic driving, Internet of vehicles, map and so on. In 2019, Baidu's automatic driving business experienced organizational restructuring, and the intelligent car business division was incorporated into the automatic driving business division. Gu Weihao left Baidu at the end of the same year. After joining Great Wall Motor this time, I was responsible for the research and development of intelligent driving of great wall motor. 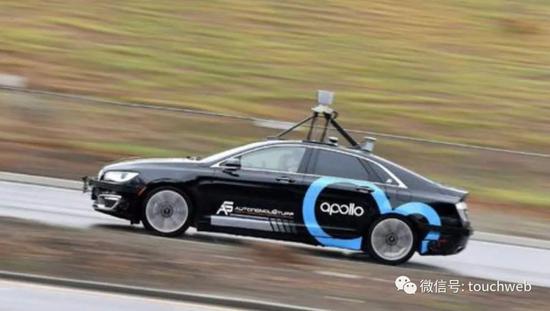 On the other hand, although Baidu Apollo has made great efforts to expand, the whole automotive field is heavily fortified. Baidu Apollo has not won such big companies as Toyota, BMW, Mercedes Benz and Tesla, and even such new and cutting-edge enterprises as Weilai, Xiaopeng automobile and ideal automobile have not become customers. Only Weima automobile has a deep cooperation with Baidu Apollo. It can be said that Baidu Apollo's ambition has met the barrier of reality.

Analysts believe that under the situation that the whole automobile market is turning to intelligence, which hasn't happened in a century, and under the market's enthusiasm for intelligent cars, Baidu, which has invested in the research and development of intelligent car market for so many years, can't be unmoved. Even for the sake of the whole team's morale, it is an inevitable choice to build a car in the end. 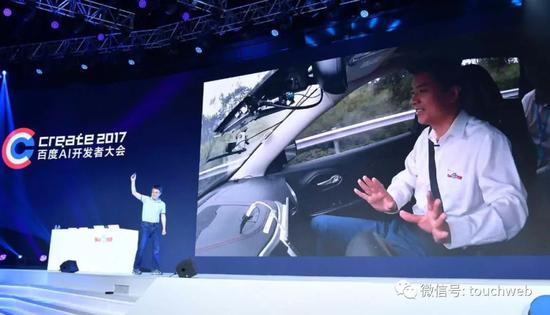 And baidu this time builds a car, also natural brewing period of time. Xia Yiping, CEO of Baidu automobile company, told geek park that he had been planning to do something in 2020. It happened that Ren Xuyang, chairman of Baidu capital, called him to talk about new energy vehicles. In early December 2020, Xia Yiping met Ren Xuyang in Beijing and talked for more than 3 hours. After that, Ren Xuyang recommended Xia Yiping to see Baidu CEO Robin Li.

After that, Ren Xuyang recommended Xia Yiping as the CEO of Baidu automobile company. Ren Xuyang is a bole of many people. As the elder of Baidu, Ren Xuyang has contributed a lot of talents to Baidu.

Baidu's next car building also caused some people to worry about Baidu Apollo's platform. But Xia Yiping believes that Baidu Apollo is equally open to Baidu car manufacturing company and other OEMs. Just as Android is to Google, Google has its own pixel mobile phone, but Google doesn't exclude others because of pixel.

At present, apple, Huawei and many other giants are also eyeing the car industry. It can be said that the competition in the smart car market has just begun.