Chip shortage! Sony can't guarantee that the ps5 will be ready for Christmas this year

Ps5 is one of the most popular technology products in recent months. When the game console goes on sale in November 2020, it will be sold out immediately.

The novel coronavirus pneumonia blockade has increased the game player's demand for the latest games and software, thereby promoting the profits of SONY gaming sector in the fiscal year ending March. Sony earlier this month raised its annual revenue forecast for the Games division, mainly due to improved sales of game software, services and accessories.

But in the past year, demand for semiconductor components has surged from the automotive industry to smartphones, and the disruption of semiconductor manufacturing caused by the epidemic has exacerbated the supply crisis. Analysts expect it will take months for the chip industry to recover.

Ryanair reiterated that Sony hopes to sell more ps5 in 2021 than its predecessor, PlayStation 4, which sold 14.9 million units in the first 12 months of its launch. Earlier this month, Sony said it sold 4.5 million ps5s in November and December 2020.

According to market research firm ampere analysis, Nintendo's switch console sales in 2020 will be 26 million, while Microsoft sold about 2.8 million of its latest Xbox series X and Xbox series s in the last two months of last year.

Ryanair's comments came as Sony announced plans to launch a new virtual reality (VR) helmet to connect to the ps5, which sold more than 5 million units. Although Sony insisted that the sales of PS VR exceeded its expectations, VR products generally did not sell well. Although people have high hopes for oculus VR after Facebook bought it for $2 billion in 2014, the reality is disappointing.

[Sony: BOC ps5 will be launched from April to June]

@Playstation China announced that the ps5 of BOC will be listed from April to June 2021! However, Sony did not disclose the price and other information.

Sony executives said that the details of BOC ps5 products will be introduced to you through a formal press conference, which I believe is worth looking forward to.

In November last year, the Sony ps5 was first sold in the United States, Japan, Canada, Mexico, Australia, New Zealand and South Korea. The price of the CD-ROM free version was $399.99, and that of the CD-ROM version was $499.99.

Since the end of 2020, the semiconductor supply chain of automobile industry has been interrupted. As the industry recovers from the extensive shutdown implemented in the first half of 2020, and this recovery cycle conflicts with the growing demand of the broader consumer electronics industry, the pressure on chip supply is increasing. Late last year, the consumer electronics industry itself experienced a strong recovery, accumulating inventory for the holiday season.

As a result, automakers are finding more disruption to the supply of systems using semiconductor chips in the first quarter. The semiconductor supply chain of microcontroller unit (MCU) usually has 12 to 16 weeks lead time from order to delivery to original equipment manufacturer (OEM). Nowadays, the problems in semiconductor production are about twice of the normal lead time, reaching at least 26 weeks. IHS Markit expects conditions to bottom around the end of March, although the supply chain will remain constrained in the third quarter. 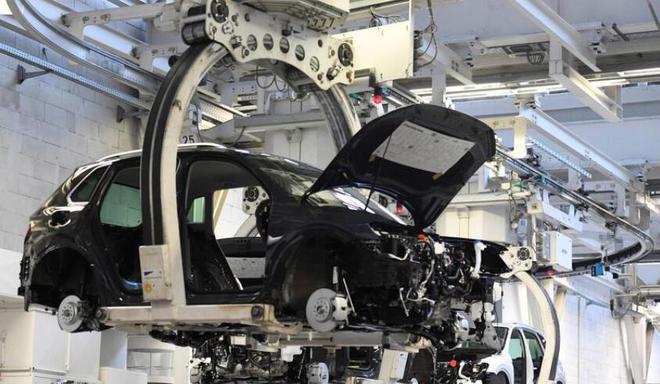 Ultimately, all OEMs will be affected by MCU supply constraints, but manufacturers with more inventory in the supply channel (such as smaller OEMs) may be less affected before the inventory runs out. Because of this situation, integrated circuit (IC) suppliers will need to reconsider the cooperation with OEM, either increase more OEM suppliers through diversified relationship, or use the same supplier but make IC production more localized.

Overall, global production of light vehicles decreased by nearly 1 million in the first quarter. At this level, IHS Markit still expects most of its sales to recover in the rest of the year, so they believe that the current chip shortage is more seasonal, with sales falling in the first quarter and shifting to later this year, but it will not lead to a decline in 2021 annual output. However, as production cuts approach the million mark, it may become more challenging to completely offset production losses within a year.

Although the current situation is expected to be mainly limited to 2021, IHS Markit has put supply chain concerns in some areas in the first place. Both EU and US governments are considering ways to solve the shortage of chips and reduce their dependence on supply chains from Asia through more localized production.

Related news
SONY Sony WF-1000XM3 true wireless noise canceling headphones disassembly report
Ps5 / Xbox series X is on sale this year! Ubisoft: we are ready to postpone
Sony announces "ready for Playstation 5" Bravia TV lineup
Sony: the shortage of chips makes it difficult to improve the production capacity of ps5
Hot news this week
Biden signed a chip and scientific bill, a video call of WeChat iOS internal test suspension window, the advanced CPU caused Win11 to be difficult to use, Huawei new machines enter...
Alibaba: Shareholders SoftBank will settle in advance for advanced payment in advance involving a maximum of about 242 million ADR
Text message color, picture quality compression! Google calls out Apple for improving cross-device messaging
How to regulate the "broken card" operation to crack down on electrical fraud to prevent "accidental injuries" with cards?
Musk's eyes! Lei Jun released a full -size humanoid robot Xiaomi self -developed strength explosion table
Japan has confirmed that China has overtaken the US for the first time in the world's top three indicators of scientific papers
SoftBank Group announced the early settlement of up to 242 million forward contracts for ADRs in Alibaba, reducing its stake to 14.6 percent
iPad 10 will be absent from iPhone 14 conference: October appeared on Apple's last non -comprehensive tablet tablet!
The three major indexes of the US stocks opened sharply: ROBLOX fell more than 4%, Twitter and Tesla rose more than 3%
Kuaishou TOB business Yu Bing: Self -developed chips or mass production after the end of the year, the video must be turned into light industry
The most popular news this week
Tencent's agent of the Russian war online game announced the suspension: Customs Customs in October
Will the heat this summer cause the winter to be extremely cold? Expert science
New Intel NUC Mini! First time with Core P 12 and a castrated version
Lenovo and Motorola are involved in the case! US ITC launched 337 surveys on mobile electronic devices
Apple excludes RCS from iMessage iPhone users miss out on 5G messages
Can the Bayeng government smashing the billions of dollars to subsidize the new energy vehicle market, can the goal of "Made in North America" achieve it?
Windows 12 new picture is here: Feel it in advance
Intel NUC 12 Pro is now available
A total of 195,000 employees in Huawei: 30-50 years old is the main force
Have you ever seen a mobile phone that hides Bluetooth headset? Nokia New Machine Pre -sale: 599 yuan