Steam released the latest monthly survey report on software and hardware, in which data shows that AMD is constantly eating into Intel processor market share.

For a long time,Amd has been encroaching on Intel's dominant position in the CPU market. This trend reversed in the fourth quarter. Intel's market share increased for the first time, mainly because of AMD's processor shortage.

This decline was reflected in the steam survey in December, when amd experienced its first decline in years. Since then, it has returned to normal, with its processor share now occupying 28.51% after rising 0.52% last month.

It's not surprising that the Amazon RX 580 is still AMD's top graphics card with the highest share, ranking 11th. There is still no radon RX 6000 Series on the list.

AMD's counterattack against Intel and its market share continues to expand. Among them, zen3's performance has contributed a lot. Next, they will have stronger products, such as zen4 with 5nm process. On the contrary, Intel's 11th generation rocket Lake processor still adopts 14nm process.

Next comes zen4 of 5nm Technology (zen4's biggest suspense is architecture and performance. Considering that zen3 has achieved 19% IPC performance improvement without upgrading the technology, zen4's performance is more promising after upgrading 5nm.) I don't know how Intel will deal with it? 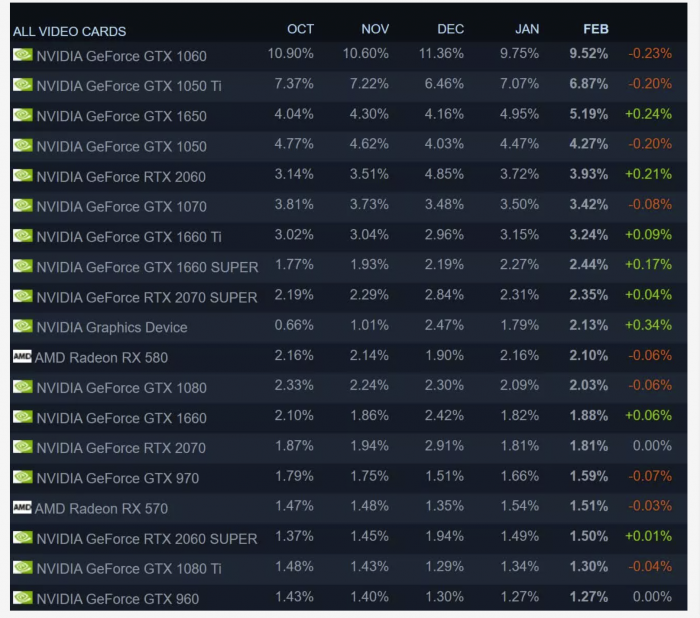