Earlier,GSM ArenaShared a set of internal slides exposed by @ xiaomiui, and got support from other sources. 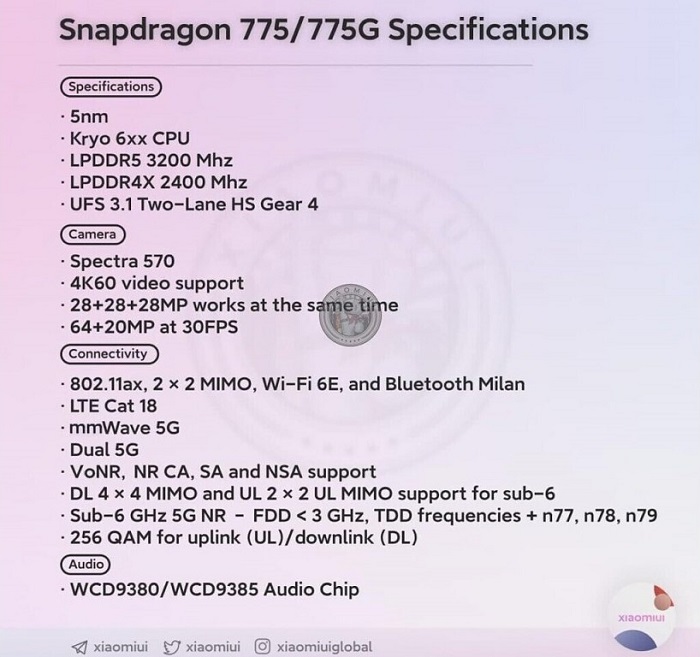 In terms of audio, snapdragon 775 will also be equipped with wcd9380 / wcd9385 chips. Finally, the early leak of Antu run points has proved that its performance is significantly improved compared with the previous generation.