According to foreign media reports, the worrying variant of the new coronavirus can avoid neutralizing antibodies to the original virus.A new study from Washington University School of medicine in St. Louis shows that three new, rapidly spreading variants of the virus that cause cowid-19 can avoid antibodies against the original form of the virus that triggered the pandemic.With a few exceptions, the researchers found that more antibodies were needed to neutralize the new mutation, whether they were produced for vaccination or natural infection, or purified for drug use. 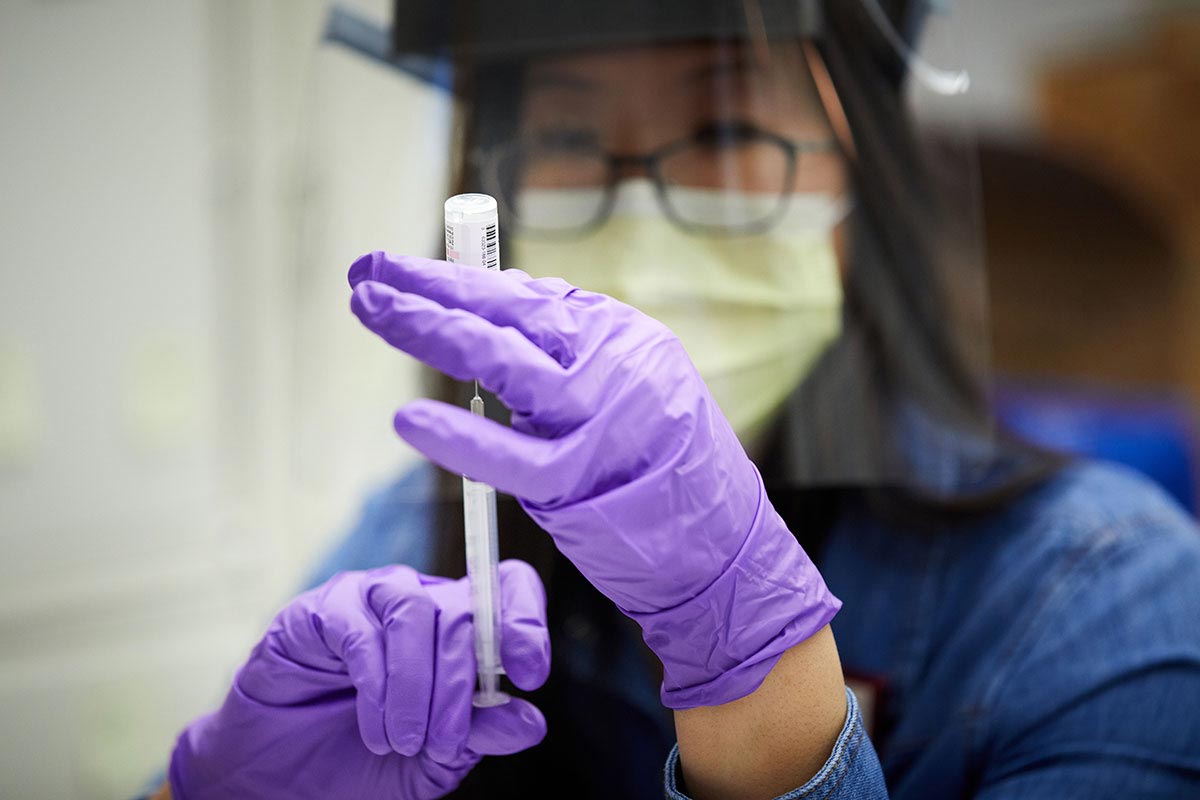 It is reported that the results of this laboratory based experiment were published in nature medicine on March 4, 2021. The research results show that with the new variety dominating, the drugs and vaccines developed so far may become less effective. Experts say that this is inevitable. The researchers studied South African, British and Brazilian variants.

Professor Michael S. diamond, senior author of the study, said: "we are worried that people who have been infected with or vaccinated with cowid-19 would have antibody protection levels, but they may not be able to resist the new variants. A person's antibodies to vaccines or natural infections vary widely. Some people have very high antibody levels, but they may still be immune to this worrying new variant. But some people - especially the elderly and immunocompromised people - may not produce such high levels of antibodies. If the antibody levels needed for protection increase tenfold, as our data show, they may not be enough. The worry is that those who need protection most are least likely to be protected. "

Sars-cov-2, the virus that causes covid-19, uses a protein called spike to approach and enter the cell. People infected with sars-cov-2 produce the most antibodies against spike proteins.

Therefore, spike protein has become the main target of drug and vaccine developers of covid-19. Three kinds of vaccines approved by the US Food and Drug Administration (FDA) for emergency use -- Pfizer / biontech, Moderna and Johnson & Johnson -- all aimed at the peak and selected effective anti spike antibodies to develop anti-covid-19 antibody drugs.

The virus is always mutating, but in the past year, the mutations in sars-cov-2 have not threatened this spike protein based strategy. Then, this winter, rapidly spreading variants were found in the UK, South Africa, Brazil and elsewhere. Worryingly, these new variants carry multiple mutations in their spike genes, which may reduce the effectiveness of current spike targeted drugs and vaccines for the prevention or treatment of covid-19. The most worrying new varieties are b.1.1.7 (UK), b.1.135 (South Africa) and b.1.1.248 (Brazil).

The researchers tested the variation of antibodies in the blood of people who recovered from sars-cov-2 infection or had been vaccinated with Pfizer vaccine. They also tested antibodies in the blood of mice, hamsters and monkeys that had been vaccinated with an experimental covid-19 vaccine developed by the University of Washington School of medicine. The vaccine can be injected through the nose. B. 1.1.7 (UK) the variant can be neutralized with a similar level of antibody required to neutralize the original virus. But the other two variants require 3.5 to 10 fold antibodies to neutralize.

"We don't know exactly what the consequences of these new mutations will be," Diamond said. "Antibodies are not the only protection; other parts of the immune system may be able to compensate for increased antibody resistance. This will be determined over time, and from an epidemiological point of view, we can see what happens as these mutations spread. Will we see reinfection? Will we see vaccine failure and drug resistance? I hope not. But it is clear that we will need to constantly screen antibodies to ensure that they are still effective when new mutations emerge and spread, and may adjust our vaccine and antibody treatment strategies. "

Related news
Huawei Xu Zhijun: new IP is a pure technical subject
Why does Huawei's "new IP" encounter new problems?
Re-unite Lost Lovers in New York spells that work instantly
FDA explains why Pfizer biotech's covid-19 vaccine is authorized
New evidence suggests that the covid-19 vaccine is ineffective in the face of new variants of the virus
Scientists say the new variant COVID-19 is bound to appear: it will invalidation of the existing vaccine.
HOW I GOT CURED TOTALLY FROM HERPES VIRUS
Hot news this week
Young people can't change their mobile phones one brother pressure in the channel inventory up to 50 million
Chinese mysterious female rich 560 million buy European luxury homes: the full amount of cash is paid at a time
Criminal gang candid courier list takes the money 8 people to be arrested
Do you make feed after Yi Lord? Zhenghong Technology M & A has mystery
The first pop -up shop in the United States opened, Bubble Mart opened the North American expansion plan
The goose factory is finally making a move on the metasverse?
The 560m Chinese woman who bought luxury homes has also been involved in JD.com's investments in Tuniu, Vipshop and Fafa Qi
With this charging treasure that can legal "stealing electricity", I don’t worry about the mobile phone out of power
Son's bet that ARM's listing will boost SoftBank's stock price?
Huawei Hongmeng has become! Many mobile phone manufacturers will follow up with Hongmeng OS technology
The most popular news this week
Wechat announced access to Tencent map: travel footprint state one key fix
Tencent Holdings dive afternoon! Naspers Group will sell Tencent in an orderly manner
Rumor apple new machine in August mass production, Foxconn zhengzhou factory big recruitment! Old staff rehire award 5400 yuan
A large number of QQ numbers stolen official announced the results of the investigation
Tencent said major shareholders will sell their shares for a total profit of about 24.5 billion yuan
Born with a silver spoon in one's mouth, IE finally why can't escape the fate of being eliminated?
The first batch of meizu free battery replacement models are announced: Meizu 15 and other five models are listed
Meizu official celebrate Flyme 10th birthday: More surprises, wait for August
The first batch in the country! "Main Driving Unmanned" Autonomous Driving is approved
IPhone 14 revealed the earliest early August mass production Foxconn a large number of recruitment: on entry to send 5400