Breaking through the high-end market, how can realme GT subvert the cognition of "flagship mobile phone"? 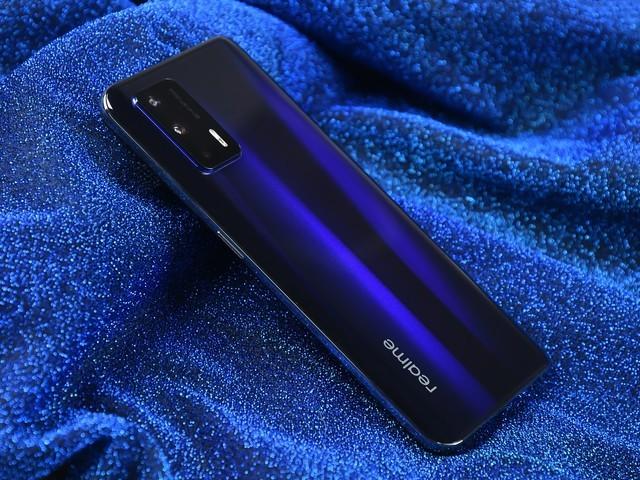 The flagship monster with outstanding performance is so modest 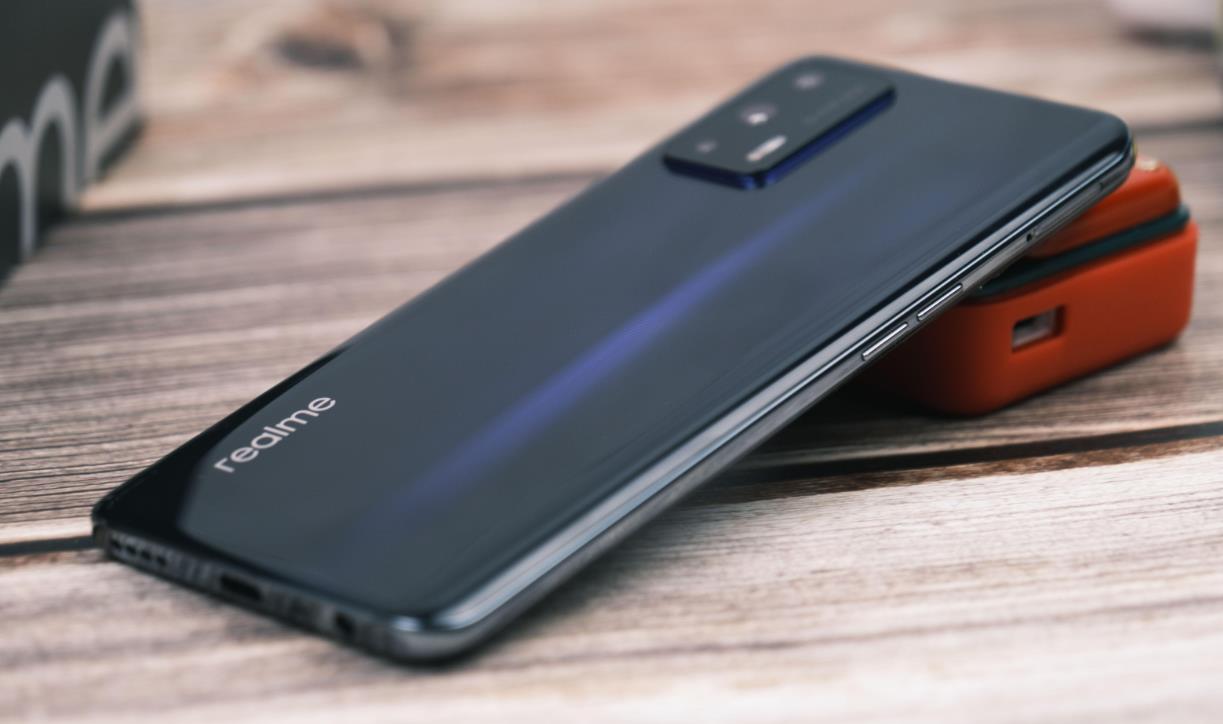 In addition, snapdragon 888 is also equipped with an Adreno 660 graphics processor and the sixth generation of Qualcomm AI engine. Compared with snapdragon 865, the overall performance of CPU, GPU, ISP and AI of snapdragon 888 are improved by 25%, 35% and 70% respectively. In the official words of Qualcomm, this is a chip with overwhelming advantages in architecture, technology and performance.

In order to further improve the performance of the mobile phone, realme GT is also equipped with full blood version of lpddr5 memory and UFS 3.1 high-speed storage, so that the read-write performance of the mobile phone is improved again. In terms of software level performance optimization, realme also adds an innovative GT mode with 6.43-inch Samsung 120Hz super AMOLED electronic competition screen, which can not only fully open the app with 120Hz high refresh rate, but also maintain the high performance mode of the whole scene, and optimize the high frame rate game, so as to bring players a more pleasant game experience.

But for many high-end flagship level, the improvement of performance usually means the rise of mobile phone temperature, and the performance decline caused by temperature also makes the so-called game flagship performance become empty talk.

What is the specific situation? When gamelook was tested with 25 ℃ heating on, it was found that the real me GT could maintain a relatively low temperature in both normal use and heavy games. After playing "King's glory" with the highest picture quality and frame rate for half an hour, it was felt that the handset had a slight temperature rise, but the game frame rate was still stable at 90 frames.

The number of frames fluctuates around 85 in the group battle

Of course, gamelook's personal feelings may not be very convincing. Only the specific visual data can really convince people. If you don't want to accept it, you can get a point. According to the official laboratory data released by Xu Qi, vice president of realme, under the standard laboratory environment of realme, Antu ran up to 770000 points, ranking first in the ranking.

Interestingly, such a high score even caused the official doubt of Antu. The two sides debated with each other, which made the gourd eaters enjoy it. It was only after Song Qi, director of marketing communication of realme, released the outdoor score results that the incident was calmed down. 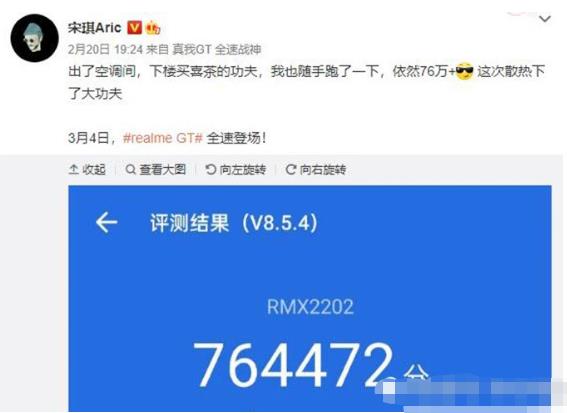 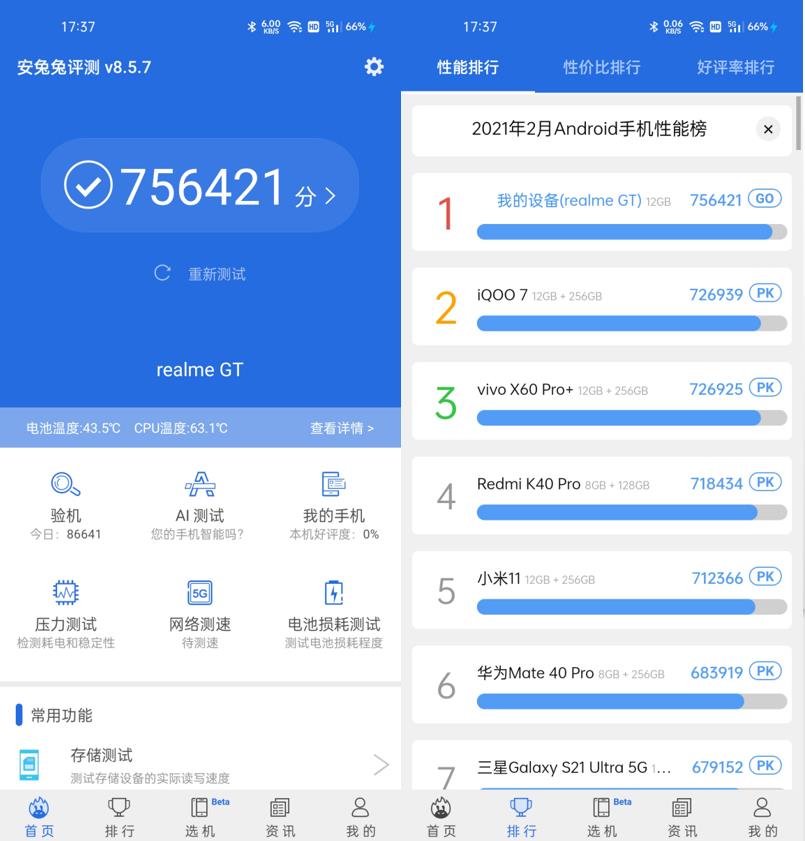 After comprehensive testing, the improvements in graphics, computing power, reading and writing speed brought by realme GT, as well as the addition of innovative GT mode, can not only meet the performance requirements of medium and heavy games, but also optimize the software level to keep the performance of mobile phones online for a long time, bringing excellent game experience to players.

We should not only become the flagship king, but also know how to enjoy life 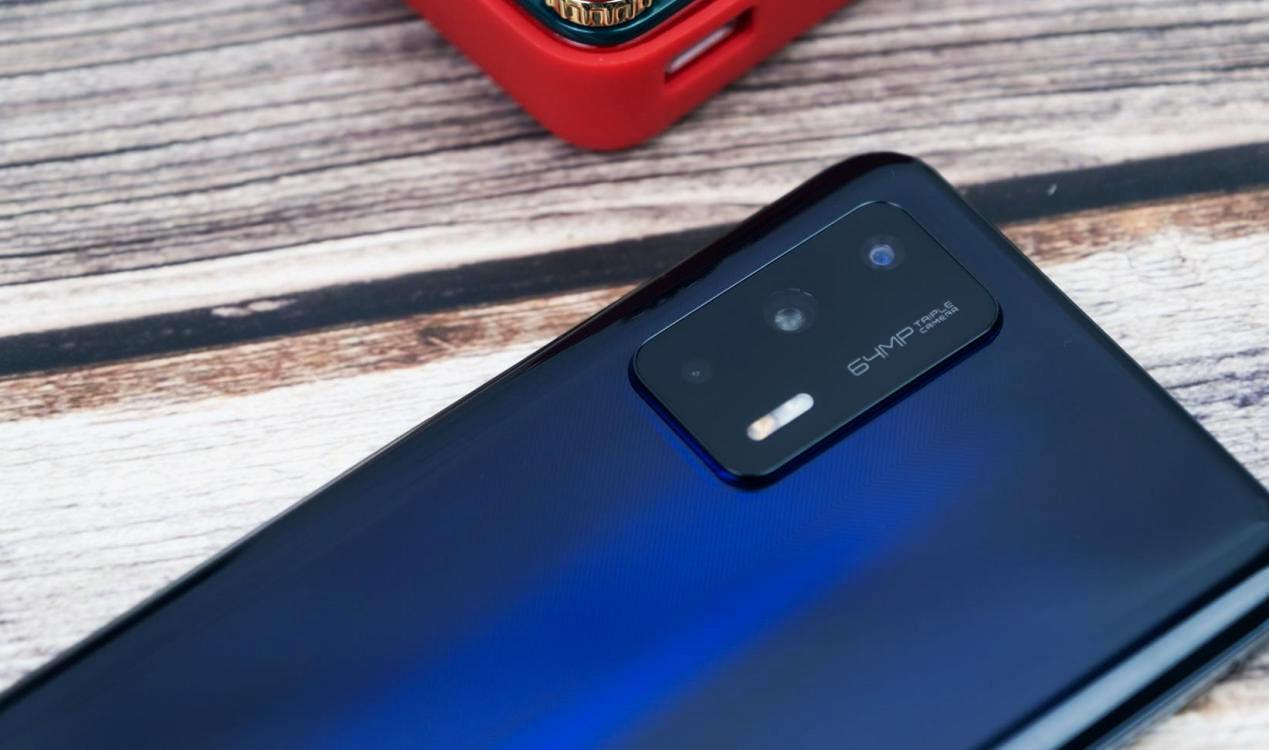 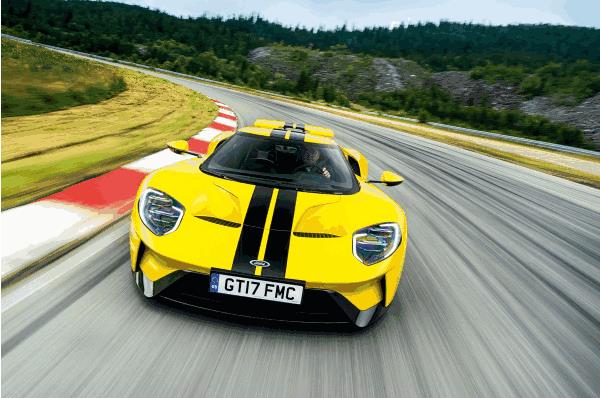 It is worth mentioning that different models in realme GT have different back colors, lighting effects, patterns, texture, etc. for example, another galaxy warship version has a brilliant back shape. This personalized design style, coupled with the very GT aesthetic concept, largely conforms to the contemporary young people's fashion aesthetic and life attitude.

In addition, in terms of daily experience, in order to maintain the feel of the whole machine, realme also adds a 3D glass backplane, which not only reduces the cheap feeling of plastic materials, but also avoids the disadvantages of metal backplane cutting hands; it also supports 5g dual signal chip of SA / NSA dual-mode networking, wifi-6 enhanced version, Bluetooth 5.2 protocol, etc. 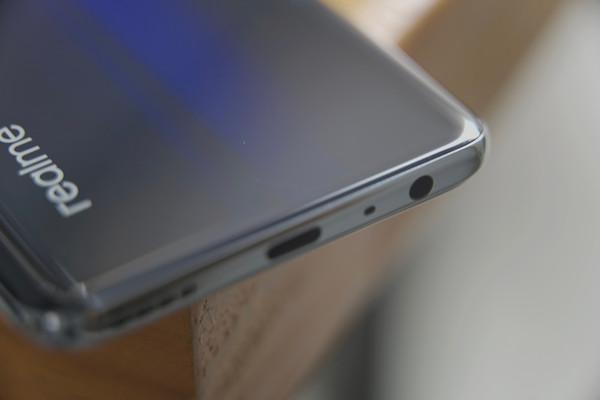 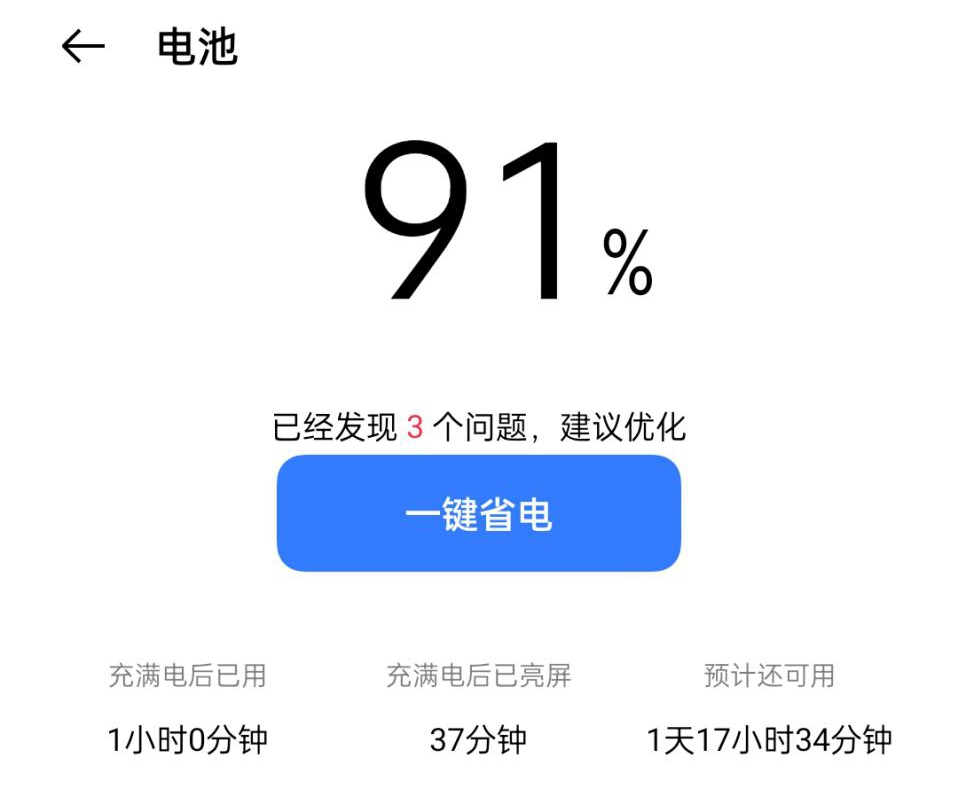 Even if there is no power, it doesn't matter. After technical optimization, 65W smart flash charging can charge the mobile phone to 100% in 35 minutes. After the gamelook test, it is found that the phone can be charged to 29% in 10 minutes when it is turned off at 0 power, while it can be charged to full in about 35 minutes when it is in normal use (downloading, microblogging and playing games).

It is not difficult to see that when realme real me GT was launched, its Dingyuan was not limited to the game console, but an all-round model that guaranteed the performance and daily life experience, which was enough to enable users to cope with various challenges including games, office work, photography and so on. It can be said that it is fully competent and can be regarded as the main performance machine of the next generation. 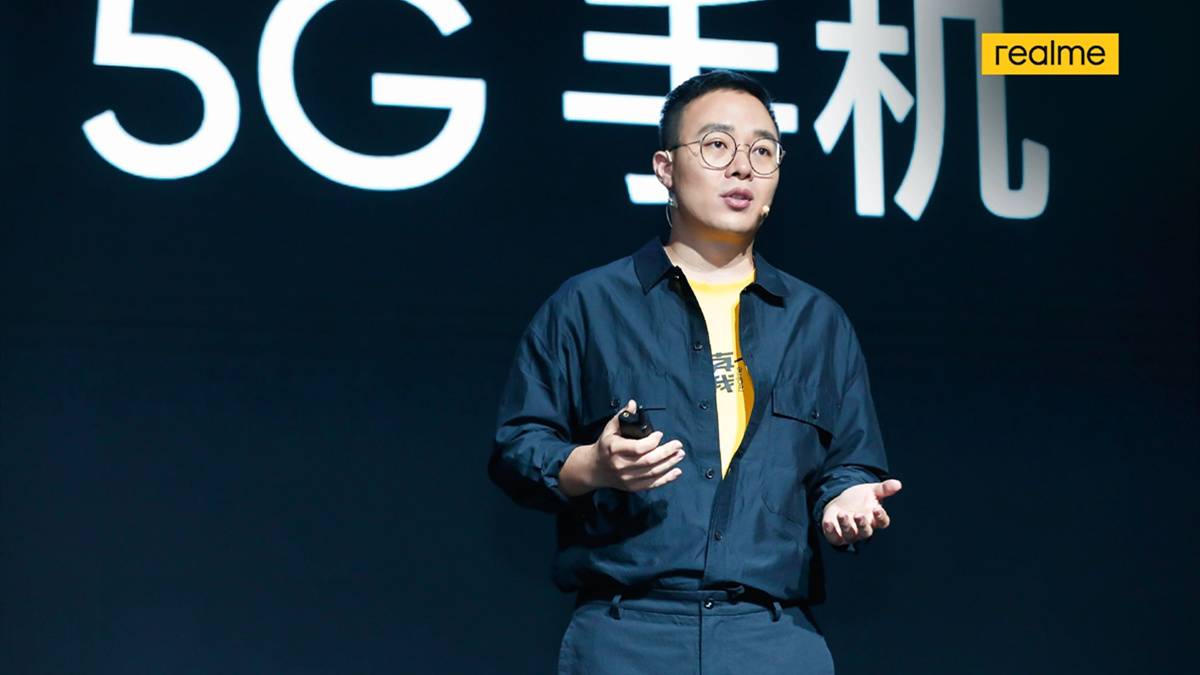 Therefore, that's why realme is famous for its flagship series for young people as GT, and is committed to delivering the spirit of constantly pursuing perfection and challenging 120% self to every young people who love games, so that they can get rid of the restrictions and pursue more possibilities together.

With the help of this concept, realme GT dares to subvert the market of high-end flagship machines with real flagship, and to embrace the game culture loved by young people with a non game mobile phone, becoming one of hundreds of millions of game players. Among them, the brand vision of realme is also coming out, that is, to become the next 100 million level player in the mobile phone industry together with global players.

Related news
Domestic mobile phone messengers have arrived at realme's first new national bank machine to enter the Internet
5g release of the realm 5g trademark has been registered: implying that the realm 5g mobile phone is fast
Realme q series and youth version: see you tomorrow for 5g mobile phone
Annual flagship real GT will be released soon! Xu Qi: it will break out in Chinese market this year
Breaking through the high-end market, how can realme GT subvert the cognition of "flagship mobile phone"?
Xu Qi: China's target for this year is 20 million units, and the number of offline sales points has tripled
Real Q3 series won the first place in the sales of JD mobile phones
The strongest SOC in Android camp! Realme GT 2 carrying snapdragon 895
Luo Yonghao praises realme to release GT master exploration mobile phone: 3000 yuan flagship ceiling
Realme GT master discovery has become the flagship with the highest popularity of ku'an: Huawei matepad 11 times
Hot news this week
Performance exploration of Apple A15 processor: CPU standing still compared with A14 and GPU increased by 38%
Tencent announced that WeChat open external chain declaration followed the four principles started to execute on September 17
Tesla was stolen by a teenager in the basement of the community and hit several cars! Exposure of monitoring picture in the vehicle
IPhone 13 dominates the hot search list experts: there are no hammers like apple that cause widespread discussion for free
IPhone XR, 12 pro, Max and other models off Apple's official website: the maximum price reduction of the old model is 1500 yuan!
Amd released radeon software adrialin version 21.9.1, bringing more new features and extended support
Huawei matebook's new product is equipped with windows upgraded version of Huawei application market and supports running mobile applications
Jingdong health "National Health season" is about to open. The Mid Autumn Festival gift is as low as 50% off and 20% off every 200
Jingdong opened its first super body store in Indonesia, making "China service" as loud as "made in China"
The starting price of iphone13 is 5999 yuan. Understand Apple's new product launch: 5 products appear
The most popular news this week
The first round of iPhone 13 opened apple market value evaporated by 300 billion yuan overnight
Rush hot search! Baoli iPhone13 is available, Fujikang urgently recruits 200,000 people, the bonus is up to 12,700 yuan per person!
Apple CEO Tim Cook avoids metaverse: I stay away from buzzwords and prefer to call it augmented reality
Amazon investigates Indian employee bribery scandal: zero tolerance for corruption
Tesla autopilot is! Regulators: Address basic safety issues first
Unprecedented space movie come true! Russia has done another big thing
Oscar starring! Apple invests in sci-fi blockbuster preview: Must brush the rhythm
More than 30 million vehicles in the United States have been found to have "dead airbags.
A Tesla Model 3 crashed into a tree and caught fire, killing two passengers. Official investigation
Which companies will be affected by the increase in the entry threshold for insurance company branches?