Do you charge for sending such pictures on wechat? Here comes the official response

Recently, many people's wechat group spread such a message, "send good morning and other greetings and blessing pictures to charge", is this true? "From March 1, there will be a charge for pictures like hello (good morning) and two-way charge. Please say hello in words instead of pictures," the source said. Thank you

In response to this, "Tencent Touzhen" made a response:

"This statement is a rumor. Please release this kind of news on the official wechat platform. Don't believe the rumor easily." 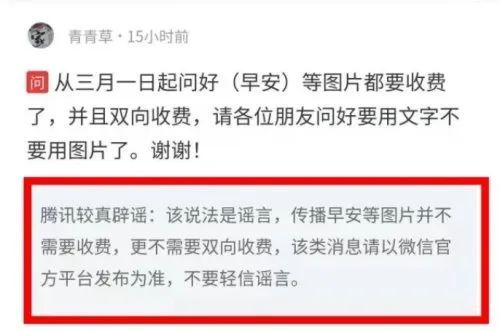 In addition, on March 1, Shenzhen internet police released "good morning, how much do you charge for pictures?"? Scared, I quickly sent a few pictures to my friend to refute the rumor.

Shenzhen network police pointed out: this statement is obviously contrary to common sense, there is a huge number of pictures transmitted on the Internet, how to identify good morning pictures? 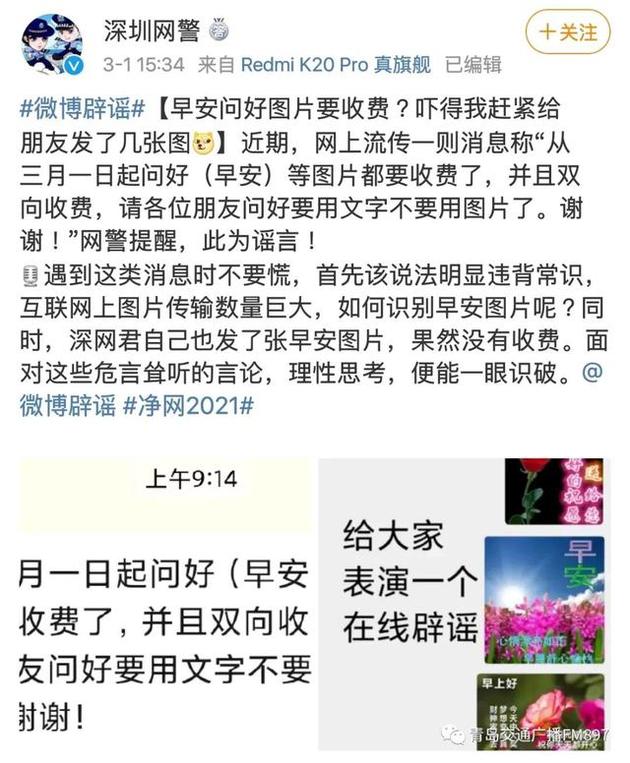 Wechat as a chat social application, all functions are free to use, there will be no need to charge for sending pictures and videos, so you can rest assured to use, don't believe some unofficial news.

Does wechat circle of friends charge for sending pictures?

There is no charge for wechat circle of friends to publish pictures and videos. These news are rumors. You can rest assured to use it. As in the past, don't be misled by these rumors. Everything is mainly official information.