Google has just announced the function update of Google meet cloud video conference client for IOS on twitter through its @ Google workspace account. For the participants of a large conference, the long-awaited tile view update can make you see each other more clearly. In addition, this update also brings some other improvements, such as the ability to replace or blur the background, and mute other people's microphones. 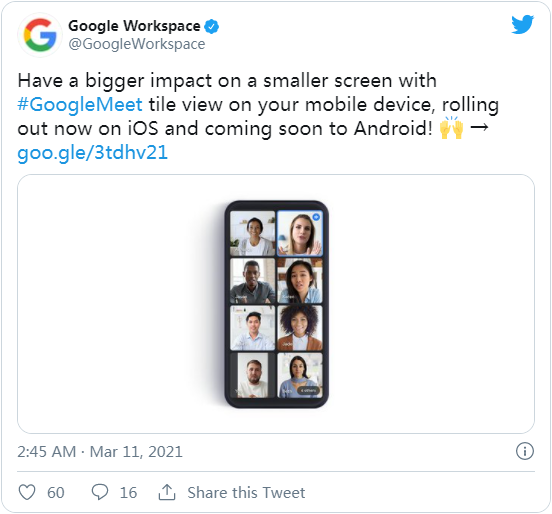 In addition to the IOS client, the above features will soon be available on Google meet for Android. 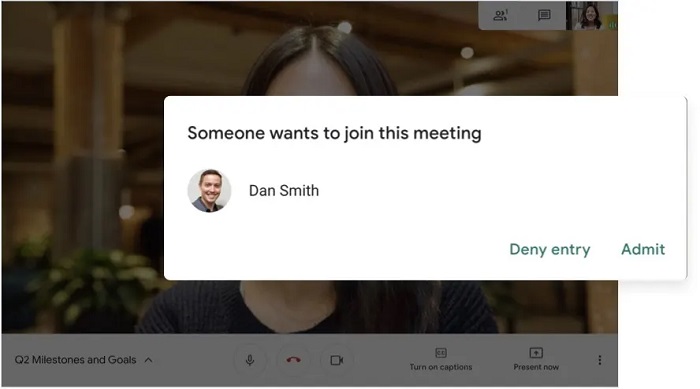 With the introduction of tile view, Google meet now allows iPhone / iPad users to display up to eight people on the same screen at a time, and each person's name will be annotated in the box. 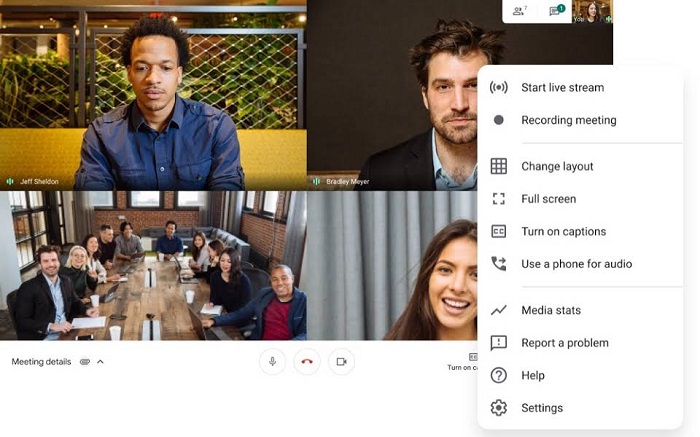 It is reported that Google plans to bring more improvements to cloud video conferencing on mobile devices this year, including split screen, picture in picture mode, background replacement, intention survey, and question and answer.

Neowin pointed out that the announcement is only part of a larger workspace improvement to improve the remote work experience, but it is not clear whether the Google meet experience integrated in Gmail is related to it. 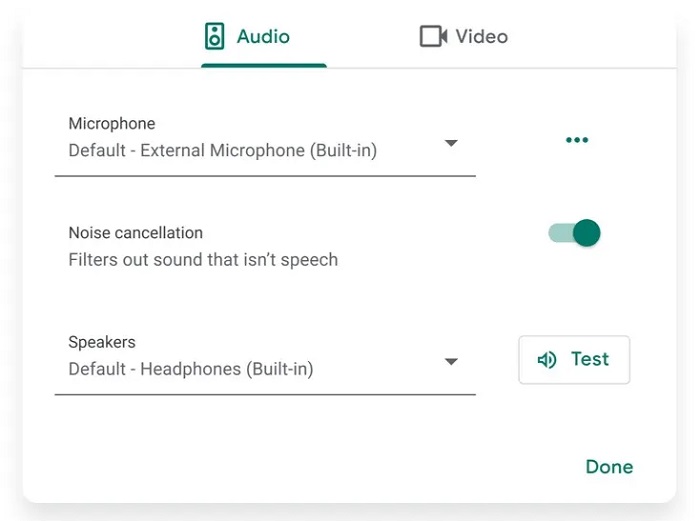 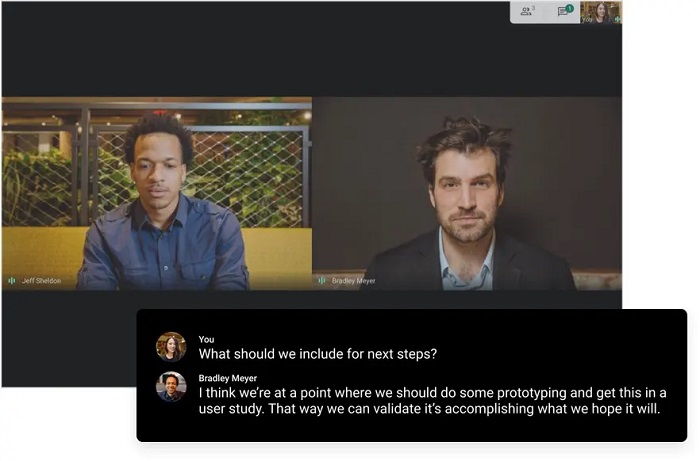 Related news
Save Luchi! Google AR Scene Navigation Covers Android and iOS Devices
IOS version of Google meet cloud video conferencing client update support tile view
Hot news this week
Lu Jian, president of linkedin China, responded to rumors of the "closure of linkedin China" by saying that the company will increase its investment in China even if it does not reduce it
Huawen: Increase IPv6 + Technology Innovation Helps my country's continued leading the next generation of Internet innovation
Lenovo refutes rumors "Liu Chuanzhi 100 million annual salary" on the entrepreneur's "stigma" when to rest?
Net-a-world Liu Chuanzhi annual pension of 100 million yuan, Lenovo Holdings dispelled rumors: serious misrepresusion
The video asked Net-a-Lago to apologize
The world's richest man, worth $1.3 trillion, has launched a homegrown game: He can't wait to play it
The United States has first released electronic cigarettes, and the fog core technology rose 15%, and what impact will 400 billion markets will meet?
Infringement of Samsung Trademark Dedicated to Shenzhen Post Office Customs seized over 100 mobile screen
Meituan engineers responded to "frequent positioning" : suggest caution in downloading some overseas privacy software
I can't play! The official solution to the bug in Chinese Paladin vii was provided
The most popular news this week
WeChat collapses! The picture has not been sent to respond: in emergency repair
WeChat's response collapsed: the sending of pictures and files failed and has been gradually restored
Tea Yan Yue color business scope of new wine sales Tencent Millet indirectly hold tea Yan Yue color
JD.co.u. auto parts app online, plus code after the car market
One million Tencent shares were traded in block trading at HK $493.825 each
September 2021 Top 10 of the world's most popular mobile gaming revenue: Original God topped the list
Apple's self-developed Mac chip is the ultimate hit: or the M1 Pro and M1 Max, major upgrades to the GPU core
Astronauts began to space code "dismantling courier": this move is too much love
The Russian court recovered approximately 2.36 million yuan to Facebook
Can you bear it? Today's Apple Wang fried new shape exposure: netizens live