Tencent diving in the end of the day, plummeting 270 billion yuan in one hour! A number of Internet giants have been fined for sudden heavy news from outside 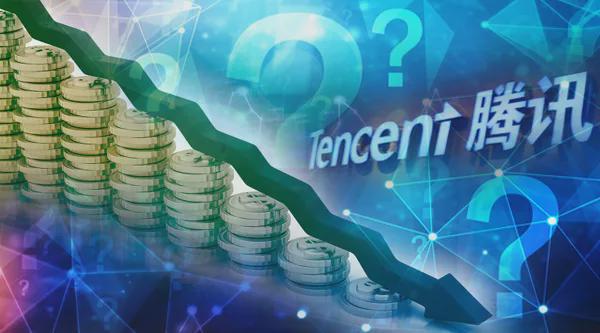 On the last trading day of this week, the global market changed again. First, the peripheral US stock futures index dived, and then the Hong Kong stock market plummeted. By the end of the day, the Hang Seng index was down 2.2% to 28739.72, down 1.23% on a weekly basis, with Internet technology stocks, mining stocks and financial stocks among the top losers. The Hang Seng technology index fell 2.13%, down 2.06% on a weekly basis. Among them, Tencent holdings fell suddenly at the end of the day, causing market concern. 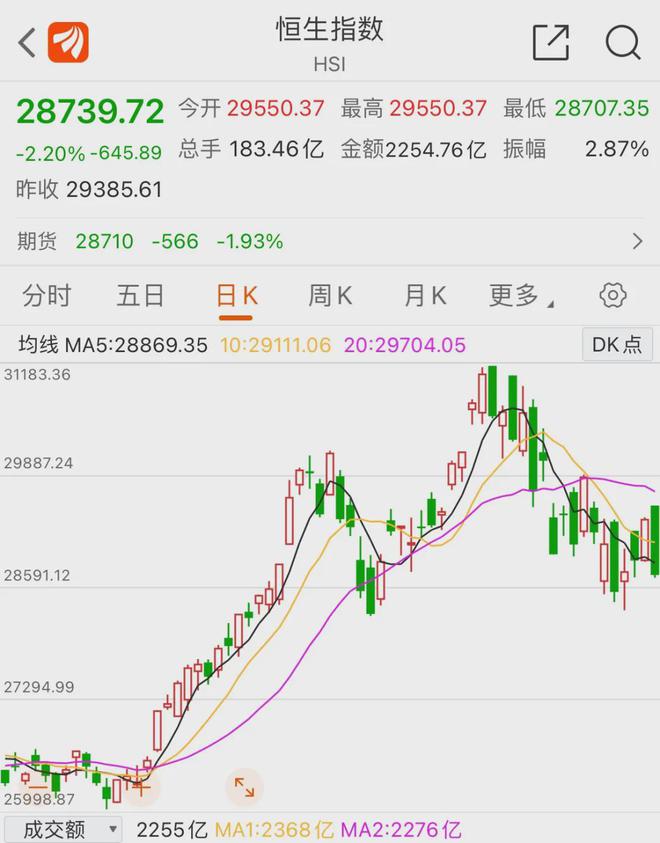 So, what is the reason that led to the sudden decline of Tencent holdings? In addition to today's sudden move by the General Administration of market supervision to impose administrative penalties on ten cases of illegal concentration of operators in the Internet field, involving Tencent, Baidu and other well-known enterprises, there is also news from the peripheral market that Tencent holdings may become the next financial regulatory target.

Come and see the report!

Since 3:00 p.m. Beijing time, Tencent holdings suddenly fell, with the biggest drop of nearly 5% within the day and a sharp drop of 4.41% at the end of the day. From HK $678.5 before diving, Tencent evaporated about HK $270 billion in the last hour. 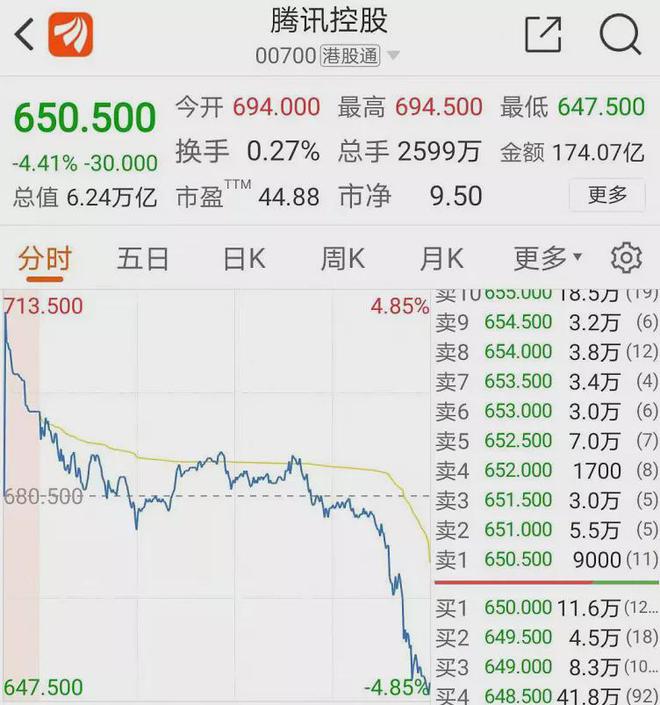 From the overall situation, Tencent holdings is undoubtedly the main drag down the market. In addition to him, Jingdong fell nearly 5%, meituan fell more than 3%, only Xiaomi bucked the trend and closed up 4.12%; nonferrous metal stocks and catering stocks fell the most, while semiconductor stocks, blockchain stocks, sporting goods stocks, insurance stocks, oil stocks and telecom stocks further expanded their late declines; only power stocks remained strong throughout the day, while domestic housing stocks and property stocks bucked the trend and rose. Recently, the market continued to rebound, but this time it was hit again, it can be seen that the market sentiment is still fragile.

Analysts believe that if we look for the reasons from the market, the main reason for the market and technology stocks to fall is from the United States. The yield of 10-year US bonds has exceeded 1.6%, and the Nai futures of US stocks has fallen again, and the three major indexes have all dived. At the same time, European stock markets also failed to open well.

In fact, Tencent diving late may also be the reason on the news. Today, there are more news about Tencent holdings.

Among them, China's State Administration of market supervision said on Friday that it had made administrative punishment decisions on 10 cases of illegal implementation of concentration of operators in the Internet field, including Tencent's acquisition of shares in ape Guidance Group, Baidu's acquisition of shares in Xiaoyu group, and the establishment of joint ventures between Shanghai Oriental newspaper and Beijing quantum leap technology, and imposed 50 penalties on 12 enterprises involved RMB 10000 yuan.

Tencent later responded that it has received the notice and attached great importance to it. It will actively rectify matters such as failing to declare in time and do a good job in compliance declaration in strict accordance with the requirements of the regulatory authorities.

The symbolic fine may just be the beginning, according to the news agency. Tencent may be the next financial regulatory target, according to people familiar with the matter. Another regulator said that the latest measures to restrict fintech companies are not targeted at specific companies, but focus on creating a stable environment for the development of private enterprises.

The revenue of Tencent's financial technology business in 2019 is about 84 billion yuan (13 billion US dollars), accounting for 22% of the total revenue, making it the biggest revenue driver after online entertainment, which is about 70% of ant's annual revenue.

In fact, from the research report, many research institutions have recently raised the target price of Tencent. Among them, the highest has reached HK $864, which is nearly 30% more than the target.

In recent years, Tencent's experience in dealing with US sanctions and supervision is outstanding. And there are precedents, so Tencent should be relatively calm in this process. Of course, it is also a special period at present. After all, the peripheral market is not calm, so it is possible to kill the valuation. In the medium and long term, Tencent may still be a subject worthy of attention.

Related news
Foreign Media: Amazon Prime Day is just a fake version of Ali Shuang11
Internet Archive: recording the forgotten Internet
IPhone users call Android Internet Explorer on their phones
I URGENTLY NEED MY EX BACK WITH THE HELP OF A SPELL CASTER
ASUS main board leads Rog day fans Carnival highlights
Hot news this week
2021 Hurun self made list of the richest people under 40: 38 year old Zhang Yiming ranks first in China
Tencent Teana laboratory holds a cross boundary Seminar on artificial hearing technology: cochlear implant technology is undergoing cross boundary development
Dada's latest equity exposure: Jingdong is the major shareholder, and Kuai Jiaqi holds 7.8% of the shares
Shell equity exposure: Zuohui has 81% of the voting rights, and Tencent holds 5% of the shares of two shareholders, hillhood
For the first time in history! Sanxingdui "cornucopia" 3 pit successfully took out the complete round mouth square statue
Xiaomi donated to Tsinghua University to set up Xiaomi artificial intelligence Innovation Research Fund
Benchmarking Tesla semi? Geely responded to rumors of developing pure electric heavy truck: no comment
Spend another 20 billion dollars to buy nuance, where did Microsoft spend its ten-year "cash" capability?
With over 17 million number carrying users and 99% success rate in one hour, is it the best time to handle it?
Lenovo he Zhiqiang: the cumulative income exceeds US $500 million, Lenovo venture capital enters the payback period
The most popular news this week
It is reported that Lianfa technology will use 4nm technology to manufacture 5g mobile chips
Tesla hit a tree at high speed, two dead! Police: driving without driving
Hackers focus on virtual currency! A man was stolen more than 2 million yuan
Better than snapdragon 888! Samsung Galaxy Z fold 3 uses snapdragon 888 plus
Post-90s and post-95s become the main force of blind date: China's single population exceeds 200 million
Cryptocurrency crash Market: some people crazy cash out, the U.S. government to move
Not ppt! Take alpha s, Huawei's autopilot, and deliver the Huawei version within this year
1 billion US dollars, over 5000 R & D personnel! Huawei Wang Jun: Huawei Bu has no revenue target this year
Why is "Huawei automobile" known as the first automatic driving? Top executives reveal secrets in person
China's box office will exceed 20 billion in 2021: 5 films will exceed 1 billion. How many have you seen?