How did the Chinese research institutes of Microsoft and IBM "lie flat" step by step?

Without technological innovation, enterprise performance will only fall into a worse situation. IBM, who dares to invest in quantum computing, can not lose the motivation of long-term innovation because of its short-term financial statements. 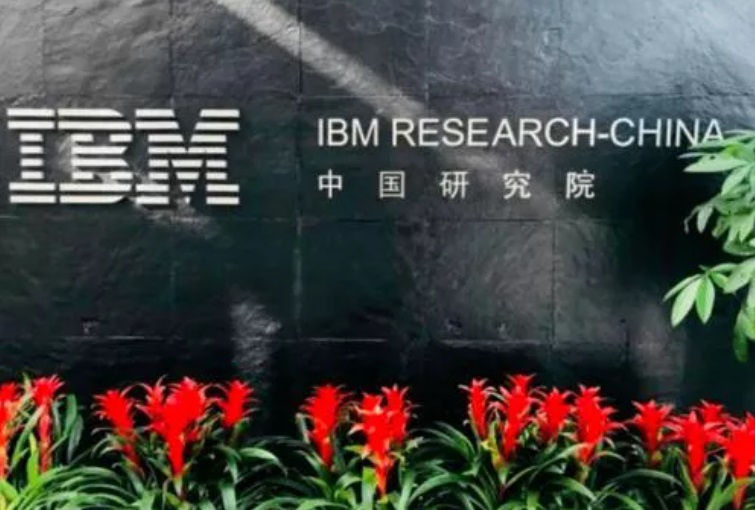 What's more, facing such a huge emerging market as China, even during the 2008 financial crisis, foreign IT giants did not give up setting up research institutions in China. Besides, innovation can't be accomplished by 996 alone, and overtime culture is not uncommon in Silicon Valley and R & D fields.

Changes of research institutes of foreign enterprises in China

What needs to be reminded is that the closure of the research institute does not mean that these giants have directly given up the Chinese market. They have retained some sales departments and R & D institutions. In other words, they just give up the technology investment plan in China.

To find out the reasons behind this, we must first understand what foreign enterprises want to get when they set up research institutions in China?

Part of the reason is strategic dominance. In terms of time, Microsoft, IBM and others set up research institutes in China around the 1990s. At that time, it was the upsurge of economic globalization. While the production and operation of these multinational companies were globalized, their R & D strategies also needed to keep up. 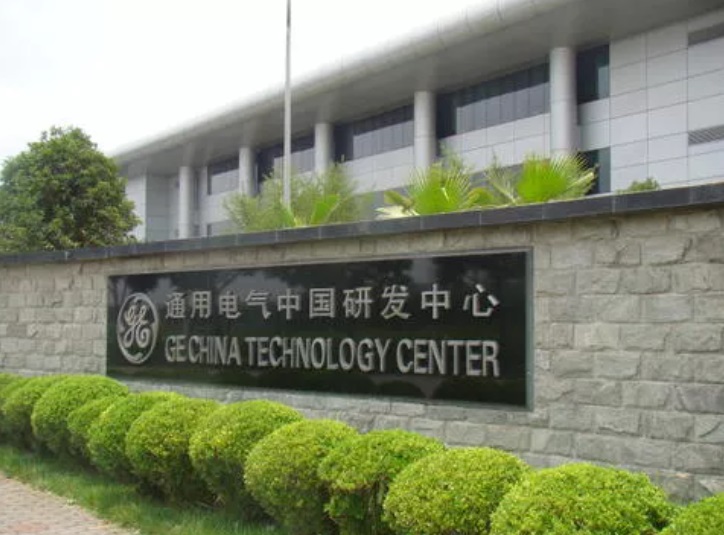 The most direct consideration for the establishment of R & D and operation network at the same time is the market advantage. To launch production and sales near the design and R & D center can reflect the market situation and demand to the product R & D department to the greatest extent. Many R & D departments of foreign enterprises are funded by business departments.

Take ge as an example. In addition to one-third of the fixed investment from the headquarters, the other two-thirds need the R & D center to obtain from the business department. Therefore, once the business performance of the enterprise in China is not ideal, the Research Institute will not escape the fate of leaving or closing down. Earlier, Yahoo, Amazon, Oracle and even verily, a life science subsidiary of alpha, the parent company of Google, all withdrew with the withdrawal of their business lines.

The stoppage of dominoes

As we all know, China's digital process is in the ascendant, and the market space is vast. Many multinational giants, such as Mobil, shell and BP, have set up R & D centers in China. By 2020, a total of 750 multinational headquarters and 472 R & D centers have been settled in Shanghai.

So, what happened to IBM, Microsoft, etc., which made them unable to continue to maintain their confidence in R & D in China?

On the one hand, these enterprise research institutes came to China relatively early. In the early 20th century, China established a R & D Center for multinational companies in China, providing excellent environmental and legal protection, giving preferential treatment to land, taxation, subsidies, talents and infrastructure, and eager to achieve win-win situation between giant strategy and local innovation with full sincerity.

That is to say, the flow and business connection of multinational corporations mainly occur within the company, and the links with China's local innovation entities, especially enterprises, are very weak. Therefore, with the enhancement of China's economic strength and the rise of China's science and technology enterprises, the government and the public have begun to treat foreign R & D with a more rational attitude.

IBM has not become the leader of the Chinese market in cloud computing, and local R & D has not formed its own competitive advantage. Even if it reluctantly stays, it seems that it is difficult to make a big breakthrough in the short term.

We know that more than 80% of the research institutes and R & D centers of multinational companies in China are wholly foreign-owned and directly controlled by the headquarters. Their main work is also in line with the progress of projects in the United States. 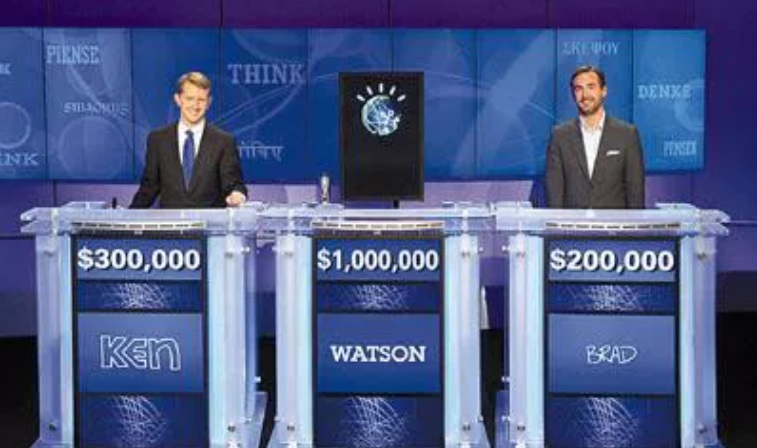 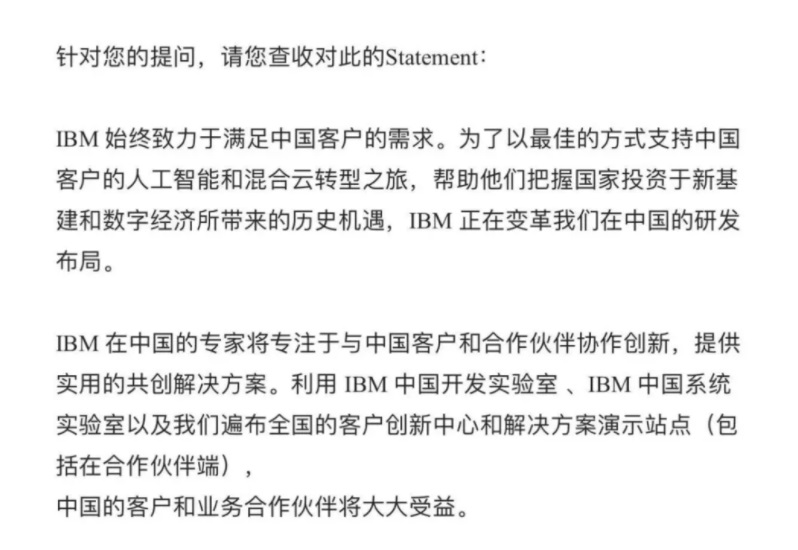 This kind of R & D mode, which is deeply tied with the headquarters, is also easily affected by the political turmoil from the headquarters, changing the process and direction of the project. It has been revealed that the closure of IBM China Research Institute was due to internal adjustment, and the original person in charge left. As early as 2014, Adobe closed its R & D center in China and transferred its business in China to Indian companies, which was accused of having something to do with the resource game after Indian managers came to power.

This may also be a reminder to multinational enterprises that are setting up R & D institutions overseas: research institutes are not an unimpeded pass to the market. First of all, they should maintain due respect for technology and the local market.

Related news
The succession code of Centennial Blue Giant IBM
How do you fight Facebook?
How i got my husband back after breakup
The English name of Chinese liquor has been changed: Chinese Baijiu has been officially launched
IBM China Research Institute (IBM CRL) has been completely closed
bye! IBM China Research Institute
How i got back my Lover
Hot news this week
2021 Hurun self made list of the richest people under 40: 38 year old Zhang Yiming ranks first in China
Tencent Teana laboratory holds a cross boundary Seminar on artificial hearing technology: cochlear implant technology is undergoing cross boundary development
Dada's latest equity exposure: Jingdong is the major shareholder, and Kuai Jiaqi holds 7.8% of the shares
Shell equity exposure: Zuohui has 81% of the voting rights, and Tencent holds 5% of the shares of two shareholders, hillhood
For the first time in history! Sanxingdui "cornucopia" 3 pit successfully took out the complete round mouth square statue
Xiaomi donated to Tsinghua University to set up Xiaomi artificial intelligence Innovation Research Fund
Benchmarking Tesla semi? Geely responded to rumors of developing pure electric heavy truck: no comment
Spend another 20 billion dollars to buy nuance, where did Microsoft spend its ten-year "cash" capability?
With over 17 million number carrying users and 99% success rate in one hour, is it the best time to handle it?
Lenovo he Zhiqiang: the cumulative income exceeds US $500 million, Lenovo venture capital enters the payback period
The most popular news this week
Ctrip landed in Hong Kong stock market today, with a market value of more than 170 billion Hong Kong dollars
It is reported that Lianfa technology will use 4nm technology to manufacture 5g mobile chips
Tesla hit a tree at high speed, two dead! Police: driving without driving
Hackers focus on virtual currency! A man was stolen more than 2 million yuan
Better than snapdragon 888! Samsung Galaxy Z fold 3 uses snapdragon 888 plus
Post-90s and post-95s become the main force of blind date: China's single population exceeds 200 million
Cryptocurrency crash Market: some people crazy cash out, the U.S. government to move
Not ppt! Take alpha s, Huawei's autopilot, and deliver the Huawei version within this year
1 billion US dollars, over 5000 R & D personnel! Huawei Wang Jun: Huawei Bu has no revenue target this year
Why is "Huawei automobile" known as the first automatic driving? Top executives reveal secrets in person