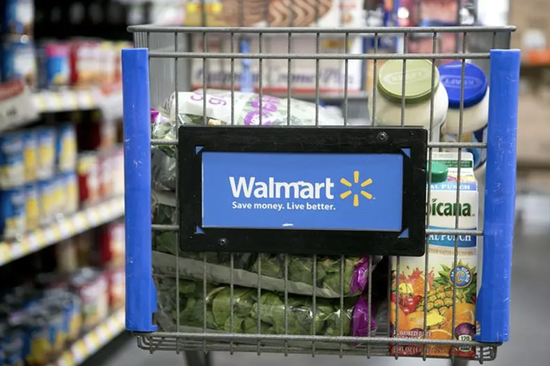 Wal Mart, which was once built on the low price strategy, has lost its strong control rod in the past, and has accelerated out of control in the inertia of its huge body.

Recently, Wal Mart released its Q4 financial report for 2020. According to the data, Wal Mart's net loss attributable to its parent company was US $2.091 billion, down 156.71% from its net profit of US $4.141 billion in the same period of last year. Costco, which is also positioned as a warehouse supermarket, can not escape the trend of continuous decline in net profit under the epidemic situation. But compared with Wal Mart, the decline is limited. According to Q2 financial report in 2021, Costco's net profit attributable to the company was US $951 million, compared with us $931 million in the same period of last year.

80 stores will be closed in four years, and senior executives will change several times; at the end of 2019, the five-year development plan will be formulated, which plans to open 500 new stores in China However, after several months of implementation of the expansion plan, it is still in a state of suspension; Wal Mart, the online app, has reached home, and its growth has stagnated; it has abandoned the plan of using the inspection robot to scan shelves and track inventory, and suspended the company's efforts to achieve automation for many years, removing the shelf scanning robot serving in 500 stores.

Wal Mart has tested its community group buying business nationwide and has developed more than 10000 customers, Guangzhou Daily reported. At present, the business has not been officially approved. It is mainly to develop the team leader from the existing staff, operate the group purchase demand through wechat group, and provide customers with delivery to the community and self-service from the team leader. 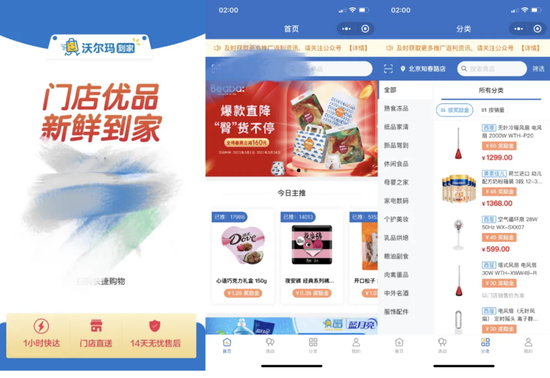 At first glance, the page of the app is similar to most e-commerce platforms or fresh food platforms: on the left is the product category, and on the right is the SKU under the category. The difference is that in addition to the regular items such as the picture of the goods, the name and specification of the goods, and the price, there is a mark of reward between the name and price of the goods.

AI financial society has made a comparison between the price of goods in the initial stage of the platform and Xingsheng optimization. Take the same product as an example, Yili Jindian pure milk 12 boxes, in the prosperous preferred price is 46.8 yuan, in Wal Mart home price is 49.5 yuan, over 99 yuan - 20 yuan; 300 g / bag of Daliyuan pineapple bread, the former price is 9.99 yuan, home price is 19.8 yuan, but buy one get one free.

After accounting, the preferential strength of the two prices is similar. 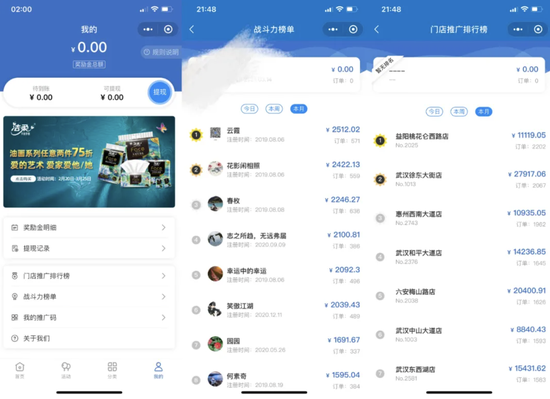 At present, the number one promoters may not have made any real efforts.

From low price to supply chain

Good quality and low price is the fate of the retail industry.

However, it is also a low price. Wal Mart's community group buying is more like a fresh e-commerce that does not focus on fresh food, such as daily excellent fresh food and meituan vegetable shopping.

Recruitment team leader, team leader subsidy, wechat fission promotion, private domain traffic operation, on the surface, these play methods are very similar to community group buying. However, behind the supply chain play, it is two completely different models. These leaders are not so much leaders as drainage officers under Wal Mart's private traffic operation.

In fact, in order to keep the low price every day, Wal Mart has made great efforts in all aspects, striving to keep the commodity price to the lowest.

"Copy Wal Mart" mentioned in the book: low price is Wal Mart has been adhering to the business strategy. All along, Wal Mart has been strengthening the message that Wal Mart's products are cheap at any time. Wal Mart has consciously made people form a kind of dependence, which makes one think of Wal Mart and associate it with low price, and makes them believe that it is impossible to find a lower price in other places, thus becoming Wal Mart's long-term customers. Undoubtedly, in the retail industry, low price has become the synonym of Wal Mart.

As a warehouse supermarket, the key to Wal Mart's low price lies in its low cost and high efficiency logistics mode and its absolute control over suppliers.

In the heyday of Wal Mart, P & G, the world's top enterprises, did not have too much bargaining power.

In that year, the annual sales of the newly merged P & G and Geely exceeded 68 billion US dollars, making them the largest consumer products company in the world and the 17th largest listed company in the United States. Wal Mart is not only P & G's biggest customer, but also has more purchases than the other nine largest customers combined.

The book "copy Wal Mart" restores the state at that time: Although the two sides are seemingly close and talk about constructive partnership, in fact, Wal Mart controls P & G's business. The relationship between the two may indeed be constructive, but it is based on P & G's efforts to please Wal Mart. If the relationship between the two sides changes, it is not a good thing for Wal Mart, but a disaster for P & G.

Similarly, in many product categories, Wal Mart was the largest seller in the United States.

Data show that in many categories, Wal Mart's market share has reached 20% or even higher. In the United States, 21% of toys, 23% of beauty and health products and 27% of household tools are sold in Wal Mart. Wal Mart's share of the food retail market is 14% in Austin, 25% in Dallas and 30% in Fort Worth.

In terms of suppliers, Wal Mart requires that the quotation of suppliers must be the lowest price for other businesses, otherwise there is no need to talk about it. On this basis, Wal Mart asked the suppliers to reduce the price by 25% for three reasons: huge purchase volume, helping suppliers enter the world market, and cash settlement.

Like Costco and other warehouse supermarket models, through reducing SKU, increasing scale and the channel advantage brought by brand, the price of goods can be reduced and the profit can be made for consumers. Most of the team leaders and promoters recruited are online salesmen, and the channels and suppliers of goods have not changed. In other words, from the perspective of the model chain of Wal Mart community e-commerce, it is only the change of the front-end door, and the supply and channel of the middle and back-end still follow the old model of the past.

For consumers, it doesn't matter how to operate the back end and how to produce the result of profit transfer. It's the key to buy products with good quality and low price. However, the way that the back-end changes efficiency and cost is often related to whether this business model has a future and whether it can be replicated.

According to the report, according to the overall score of each investigation point, Baiguoyuan, HEMA Xiansheng and meituan Maicai ranked at the top, while China Resources Vanguard, Qian Dama and Wal Mart ranked at the bottom three. Among them, as the traditional large-scale chain supermarkets, the overall performance of China Resources Vanguard and Wal Mart online platforms is only 60-70 points, especially the lowest score in terms of platform functions, which means that the traditional supermarkets need to optimize the function and layout design of the platform when developing the consumption mode of online platforms. 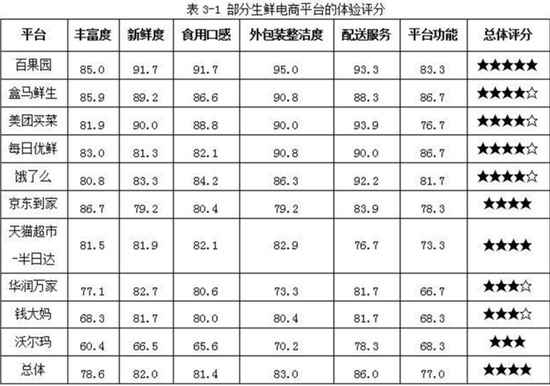 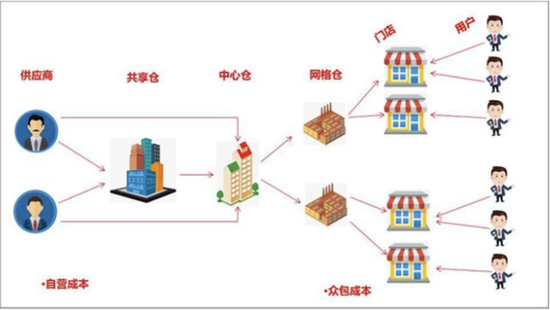 In this mode, the supplier's simple SKU reduces the risk of inventory and hoarding; due to advance booking, the platform shares the warehouse and the central warehouse, the rapid inventory turnover rate reduces the inventory cost; the decentralized grid warehouse covers multiple stores and shares the cost together.

Obviously, the first mock exam is different from WAL-MART's supermarket. 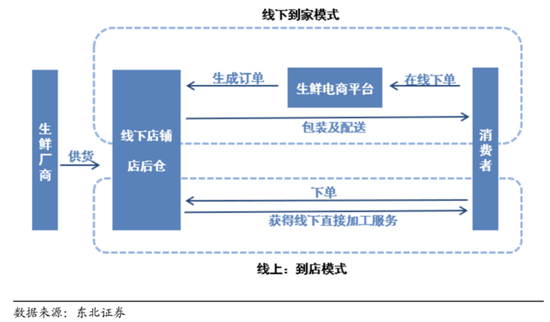 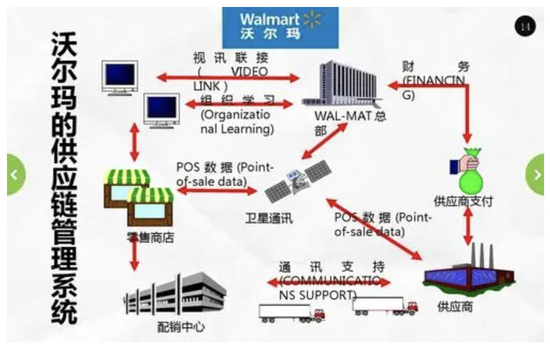 In the past, there were more warehouses in the back of the store. While the store is a retail store, it also takes on the function of warehouse. Consumers can not only go to the physical store for in store shopping, but also demand delivery to their home through online orders.

Wal Mart has been using low price strategy to occupy the differentiated market and using supply chain to drive high profits to feed the expanding demand.

AI financial news agency reported: by the end of 2019, Wal Mart shopping mall, Sam's club store and community store are defined as the three main businesses of Wal Mart in China's future development, and community store is an important force in the 500 stores plan. At that time, Wal Mart said that community stores had seen profit prospects and were about to quickly replicate to other regions of the country. 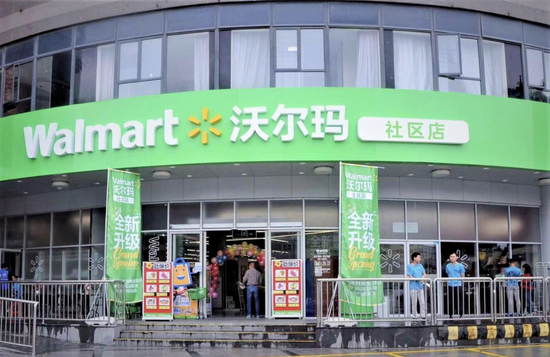 The epidemic has accelerated the pace of online transformation. In addition to Wal Mart, Costco, Yonghui, Carrefour and other traditional super businesses have also begun to transform and constantly try.

CNN reported that Richard Galanti, CFO of Costco, was asked about the perennial loss of the popular roast chicken in 2014. He said that when other supermarkets raised the price of roast chicken from $4.99 to $5.99, they insisted on the original price. This means that the company has to make a loss of $30 million to $40 million a year just for the roast chicken.

CNN pointed out that in the past, Costco wanted to get rid of the dependence on large suppliers because it wanted to ease the cost pressure and control the quality. In the past few years, Costco first recruited farmers, then directly opened a $450 million comprehensive chicken farm, covering incubation, feed and processing businesses, handling about 100 million chickens a year.

Self production and integration are the corresponding risk choices of most large supermarkets.

The elephant has its own attitude and rhythm, but its turn is always slow and careful.