On March 18, the Chinese version of zhonggoubagong was officially launched. Director Feng Xiaogang appeared on the scene as an actor. Others included director Xu ang, iqiyi CEO Gong Yu and producer ye rufen.

. In the poster, one person, one dog, one hand, one claw, is meaningful.

In addition, the boot site also appeared the figure of the hero dog, careful Netizens found that different from the foreign version, the Chinese version of the dog is the Chinese garden dog.

The film, starring Feng Xiaogang and Chen Chong, tells a touching story of a loyal dog named Batong waiting for its owner. It is scheduled to be released on December 31.

Unfortunately, the professor died of illness and never returned to the station. However, for the next nine years, Bagong still waited at the station on time every day until he finally died. 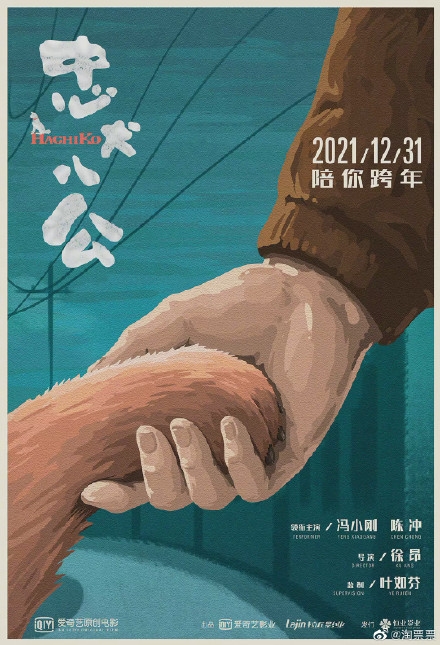