For video game players, in order to win in the game, in addition to the need to have excellent technology and high-performance hardware, the network environment is also particularly important.

At the same time, built-in 7 kinds of cool RGB lamp effect, the user can adjust through the software, according to the different working mode to switch.

Of course, since the name of Tencent E-sports is customized, it will have its own special features.

It is understood that,

In addition, with Wan / LAN port aggregation, the router can integrate two gigabit network connections, support lightning speed bandwidth of up to 2gbps, and achieve barrier free access of 2000m.

In terms of interface, it has 5 gigabit network ports, usb3.1 interface and gaming port,The lan1 is the default e-game port. After the connection, the routing will give priority to forwarding the packets of the e-game port to reduce the delay of the game network.

Moreover, in terms of network security, the official said that users can enjoy lifelong free aiprotection protection function, and have a higher commercial level intrusion prevention system (IPS) than the standard firewall. 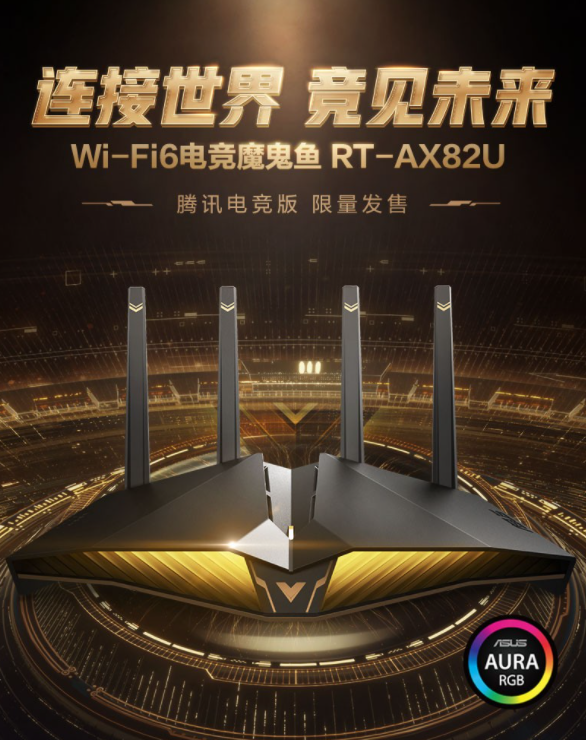