How does the user scale surpass that of Alibaba pinduoduo?

On March 22, just five years after its establishment, pinduoduo has replaced Alibaba as the largest e-commerce platform in China.In the latest quarterly financial report, pinduoduo claimed that by the end of 2020, the company had 788.4 million users, higher than Alibaba's 779 million users.

Although pinduoduo's annual revenue last year was only US $9.1 billion, which is still insignificant compared with Alibaba's revenue of US $72 billion in the same period, it almost doubled compared with 2019. In the field of online consumption in China, pinduoduo is consolidating its role as a challenger between Alibaba and Jingdong.

Pinduoduo boasts itself as an online hybrid of Costco and Disney, or a combination of value based shopping and easy entertainment, which leads the popularity of social e-commerce in China. As the pioneer of new e-commerce, pinduoduo combines shopping with social media, effectively turning shopping into a game.

US media said that on an e-commerce platform, users usually browse without specific purchase targets. The app allows friends and strangers to combine to buy at a higher discount. Among them, social interaction is the primary purpose. Friends gather on pinduoduo to play the built-in game of this app, watch the live stream, share transactions and shop together.

One of the most popular games is Duoduo orchard. Players earn shopping vouchers and tangible prizes by cultivating virtual fruit trees, such as real mangoes and praise from friends. The game has sparked fierce competition among players, many of whom are obsessed with looking after their virtual orchards.

Pinduoduo's practice reflects the Gamification trend of the technology industry, which makes the trading of technology stocks attract attention. For pinduoduo, keeping people on its platform is to attract them to play games, which helps to increase user stickiness and attract users to browse and shop.

Pinduoduo said that Huang Zheng recently transferred the post of chairman of the board to Chen Lei. After leaving office, he focused on research projects in the field of life sciences. However, Huang Zheng is still the controlling shareholder of pinduoduo. After the news of Huang Zheng's departure, the company's share price fell about 11% in early trading.

As Alibaba copes with various challenges, pinduoduo is on the rise. Alibaba said it was cooperating with regulators in the investigation and would reassess and improve its business practices.

In the past year, the value of pinduoduo's NASDAQ listed shares has soared, and its market value has surpassed that of its competitor Jingdong, reaching a peak of about $250 billion in February. According to Hurun, a research firm, the growth has pushed Huang Zheng's personal wealth to $69 billion, making him the third richest person in China, surpassing Alibaba founder Jack Ma.

However, 2021 will also be the most difficult year for pinduoduo. As the government moves to control the country's big technology companies, Chinese regulators have fined pinduoduo and several other e-commerce companies, accusing them of violations. In response, pinduoduo said the company attaches great importance to government intervention and is committed to solving these problems.

Pinduoduo will lose us $1.1 billion in 2020, despite the strong growth of China's e-commerce market. According to emarketer, a market research firm, China's online retail sales are likely to increase from $354bn last year to $549bn by 2025.

Pinduoduo first combines e-commerce and social media, and is improving it. Chen Lei said that in the summer of 2015, he and Huang Zheng and others ran a company specializing in fruit sales, and they filled the only warehouse near Shanghai with lychees. They advertise on wechat, which is their first big deal.

Chen Lei and Huang Zheng met at the University of Wisconsin Madison, where they both studied computer science 20 years ago. He recalled that the managers met in the devastated warehouse and finally decided to subvert the business model. Instead of preparing its own inventory, the company will become a third-party platform connecting businesses and consumers, just like Alibaba, while investing heavily in software, logistics and infrastructure to avoid a repeat.

However, this incident does confirm Huang Zheng's intuition that social media and e-commerce can be combined strongly. Most people who buy lychees learn about the deal from their wechat friends. They also encourage people in their circle to unite to buy large quantities of lychees at a discount.

To make money through advertising, pinduoduo has spent nearly $13 billion on subsidizing goods. In fact, it is paying businesses to lower their prices and provide eye-catching cheap goods. In order to achieve long-term success, pinduoduo must find a way to reduce subsidies without losing a large number of users who are attracted by cheap goods.

According to Chen Lei, pinduoduo's plan is to continue to use its revenue for subsidies until it replaces Alibaba as the default shopping platform for 1 billion Chinese consumers. In theory, the company could cut subsidies while attracting more advertising money from businesses to achieve sustained profitability.

However, pinduoduo may have to adjust faster than expected after being criticized recently for the use of subsidies, and regulators also criticized this practice for distorting market competition and harming the interests of consumers.

Another disadvantage of pinduoduo's game oriented business model is that most consumers don't spend much.For example, some people mainly use the platform to buy cheap snacks and tissues. In 2020, pinduoduo users will spend an average of $324. Although this number has been increasing, it is still less than a quarter of Alibaba's average user spending.

To narrow the gap, pinduoduo is doubling its investment in fresh food and raised more than $6 billion last year to fund an ambitious agricultural project. Fresh food, which has not been developed by e-commerce, is exactly the field pinduoduo hopes to dominate, because users may place orders every day. 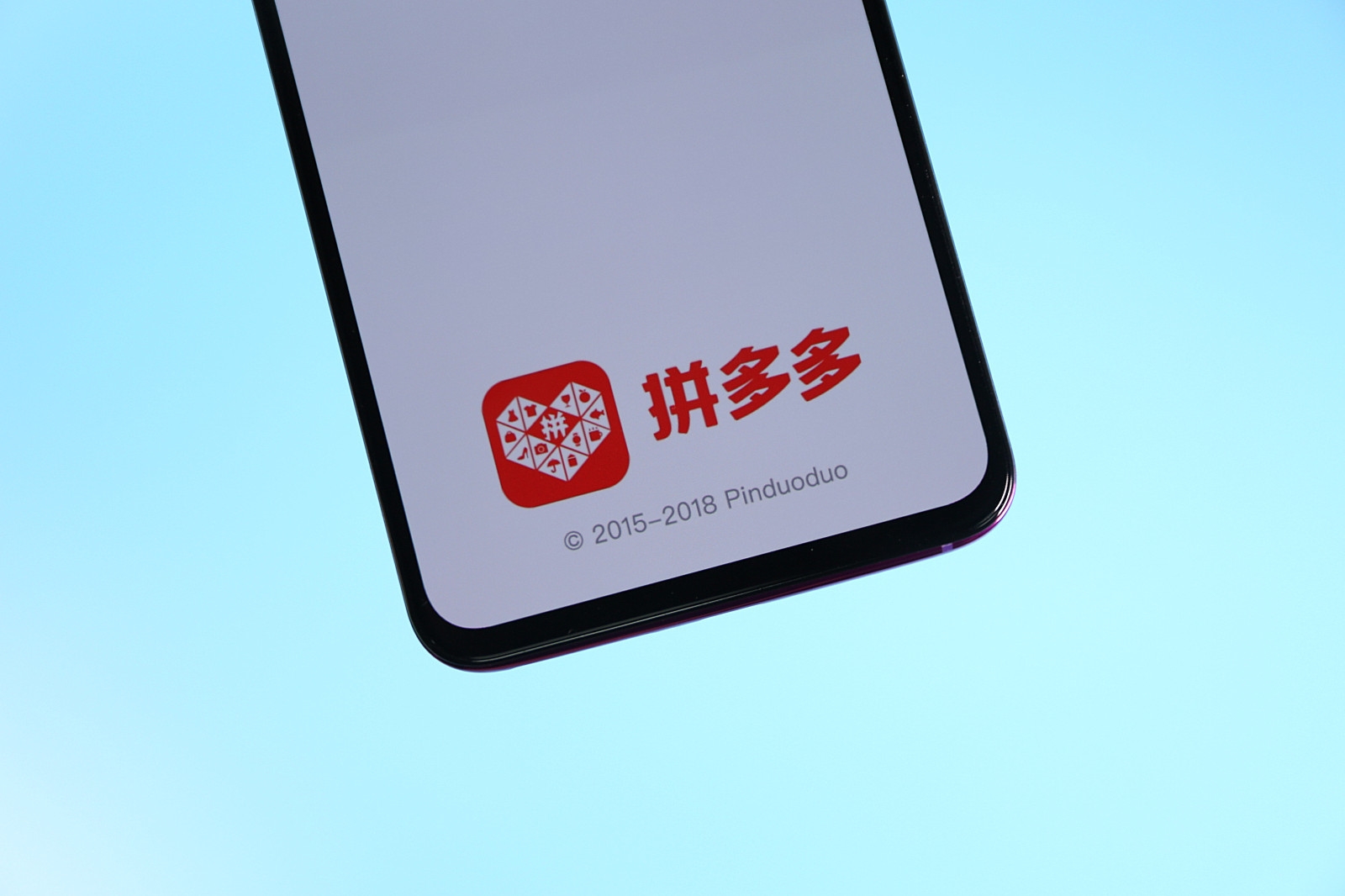 Related news
How do you fight Facebook?
How can i get rid of Herpes outbreaks and symptoms (+2348163
How i got my husband back after breakup
How i got back my Lover
How to stop a divorce
HOW I WON BIG
Alibaba Forms Smart Service Company Lingyang
#%2348026461693 I WANT HOW TO JOIN SECRET OCCULT FOR MONEY
Hot news this week
Sources say Penguin Random House's deal to buy Simon & Schuster has fallen through
Any chance of taking over the agency? Sources say Tencent has been in contact with Blizzard for at least a year
Blizzard's founder responded to NetEase's contract renewal: Cooperation is a two-way street, and we will do our best to make Blizzard games accessible to Chinese players
Ali suddenly released a new chip, the domestic chip breakthrough, abandoned the American chip fantasy
Better than Huawei or Apple? It is revealed that Samsung S23 uses satellite communication: can also space voice
Players recognized as the best of the year! The Old Man Ring won four awards at the 2022 Pension Rocker Awards
According to sources, TSMC replaced Samsung to win a large order of Tesla's assist driving FSD chip, based on the 4/5nm process
Today is the 18th anniversary of Blizzard's World of Warcraft: unfortunately, the national service will be discontinued in January
Jinshanyun reported revenue of 1.97 billion yuan in the third quarter, down 18.4 percent year on year
Xiaomi Q3 has not returned to the normal growth track. Wang Xiang: The idea of high-end strategic quick wins is incorrect
The most popular news this week
China AVS3 video, audio standards rise! 8K/4K/ mobile for the first time
AMD ripper is finally not lonely! Intel Fever U returns to 56 core hard carry 64 core
The price of Xiaomi 13 to 4,500 yuan has sparked heated debate among netizens: Should you buy Xiaomi at more than 4,000 yuan
Thunder online game accelerator announced that it will be officially suspended on December 1
With the NIL technology, Canon wants to provide China with a lithography machine comparable to the EUV
Wechat iOS version 8.0.31 private test update: Added the function of dragging pictures and videos to send with one key
AMD Zen4 12 core price record low! The cumulative price drop is 20%
Priceless metal is thrown away: One million scrap mobile phones can recycle 68 kilograms of gold
The world's first 6GHz! Intel's "Ashes Edition" arrives early: You're out of the sky
SONY loosen up! PlayStation's multi-year super exclusive is coming to PC