Is the lawsuit of infringing video, why does station B lose and win?

I don't know if the bad friends have seen such a news recently. Because of the copyright problem, iqiyi has told station B again.

Because this is not the first time that iqiyi has sued station B. before, iqiyi had already gone to court with station B because of "hip hop in China". 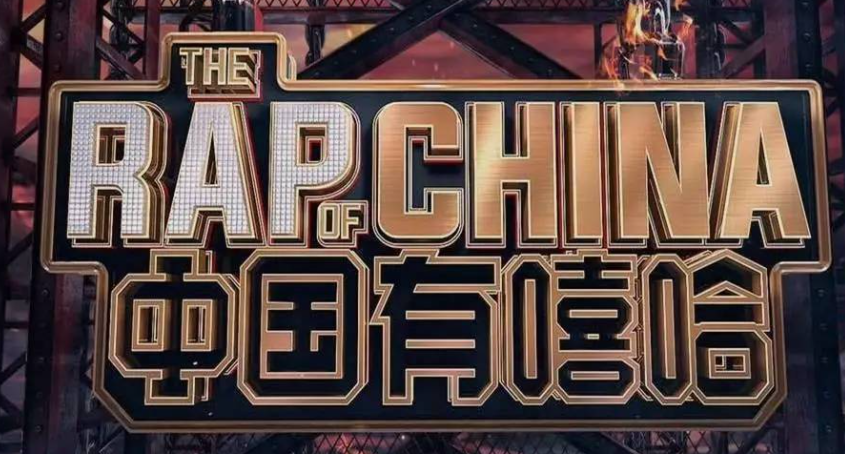 And pepper in the review of this case, found that both sides in the court debate process, with their usual imagination is not the same, and even laughed..

Of course, iqiyi told us about station B. We spent a lot of money and material resources on hip-hop, which has a great response in the market. And this video is still VIP exclusive, you these videos let us lose a lot, to compensate one million.

That B station a listen can not do, this is the user's video, we did not organize and edit your video. And after you informed me, I also took the relevant videos off the shelves, so I shouldn't be responsible.

Iqiyi said, I found that there are hip-hop Related videos in China in the popularity list of entertainment channels. You set up the list and edit it.

Station B heard a question mark on his face. The ranking of video popularity is based on the number of hits. It's not our subjective editing. It's not a back pot. 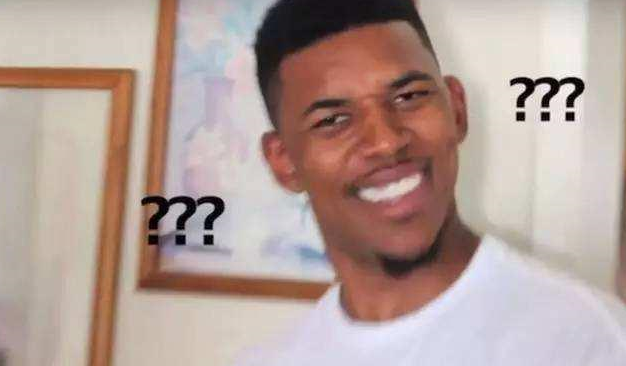 This section of iqiyi really does not make sense. The rankings are all obtained by users' click, and should not be regarded as subjective editing.

Station B immediately retorted that some of the video titles are called "local crosstalk". Who can think of it (I have to say, it's really good to avoid censorship mechanism). Moreover, some videos don't have many hits, so it's really difficult for us to find this problem.

Station B said: Yes, we all have audit, but our auditors can't be familiar with all the clips of all the programs.

To tell you the truth, pepper see this, also think B station a little too much.. 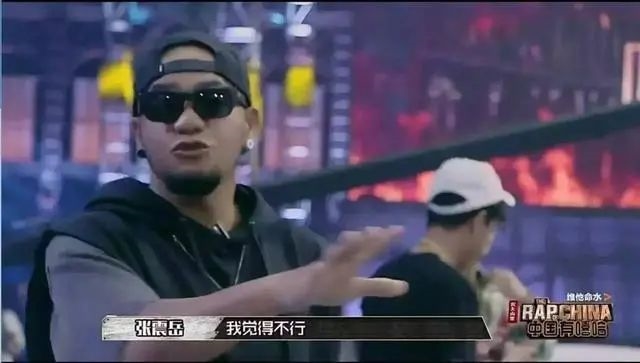 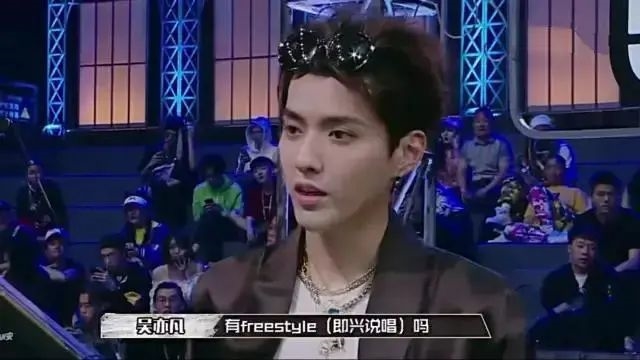 Station B and iqiyi come and go dialectically, and the court's final judgment is that station B will compensate iqiyi 100000 yuan.

Let's take a look at another case, no matter what the verdict is.

Century superstar made a famous teacher's forum program, which was later carried to station B by an up host. The title of the video is: Comparative Literature in Peking University open class (Speaker: Le Daiyun).

Then century superstar sued station B, and the court finally ruled that station B was not responsible.

See this, you may wonder, these two cases are B station because of the infringement works on the shelves and the defendant, why one lost and one won, how to judge in the end.

If the network service provider provides information storage space for the service object to provide works, performances, audio and video recordings to the public through the information network and meets the following conditions, it shall not be liable for compensation:

（1） Clearly indicate that the information storage space is provided for the service object, and disclose the name, contact person and network address of the network service provider;

（2） The works, performances, audio and video recordings provided by the clients have not been changed;

（3） They do not know and have no reasonable reason to know the infringement of the works, performances, audio and video recordings provided by the service object;

（4） Not directly obtaining economic benefits from the works, performances, audio and video recordings provided by the service objects;

（5） After receiving the notice from the obligee, the works, performances, audio and video recordings that the obligee considers to be infringing shall be deleted in accordance with the provisions of these regulations.

To put it simply, I (the Internet service provider) did not know that the work would infringe, nor did I edit the work or directly obtain benefits from the work. In this case, if I knew that the infringing work was deleted after the infringement, I would not need to pay compensation.

In the case of century superstar, because the title can't attract enough attention of station B to judge whether it is infringing or not, and the amount of video broadcast in two years is more than 9000, the popularity is not high, station B may not find the infringement, and it doesn't edit the works and get direct benefits from it.

This is in line with the principle of safe haven, so station B does not need to pay compensation.

In the case of hip-hop in China, first of all, iqiyi warned station B in advance. Secondly, iqiyi has a high reputation, and the Related videos are also at the top of the list.

So station B should not have failed to notice this infringing video.

At that time, we can't use the principle of safe haven to evade responsibility. According to Article 23 of the regulations on the protection of the right of information network communication:

If the infringement is so obvious that you should know it, even if you don't know it, you will be liable for the infringement. Therefore, station B compensated iqiyi in the case of hip-hop in China.

There are similar cases of station B being sued by Youku.

In November of 18, an up owner uploaded a two-hour video of "I'm not the original sound of the film and television of the God of medicine".

In fact, the fact that station B has been sued many times in court has something to do with its platform attributes. UGC platform (user generated content) mainly relies on users to create works. It is inevitable that there will be infringing content, especially in second creation.

For example, an up owner of station B edited some clips from love apartment together, and iqiyi sued station B. after many judgments, the court found that it was an unreasonable use of the original work.

We should know that the use of other people's works without permission, unless it is within the scope of fair use, is an infringement of the copyright of the work.

And when you open station B, you can see thousands of mixed cut videos at random. There may not be any infringing works. 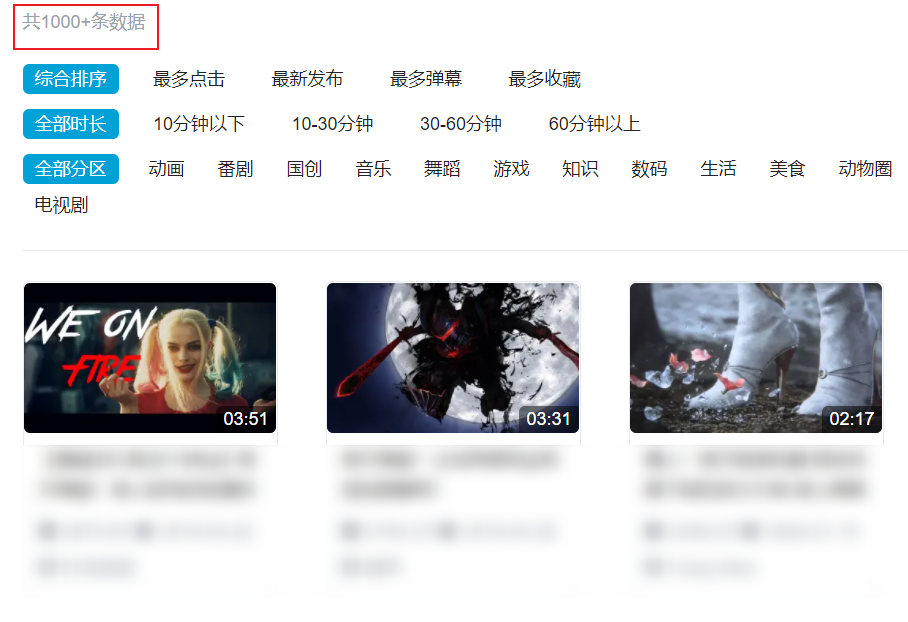 So small pepper feel, B station or in order to flow, reduce the two audit standards of the suspect..

Users are responsible for producing and uploading infringing products. If other platforms don't tell station B one day and tell users instead, can users stand up to it?

The case of Gu amo, a film commentator, being sued by five film and television companies is worth pondering.

Related news
Developers say: after Baba is you became popular, how to play new games calmly?
Station B jumps out of copyright competition game
Is the lawsuit of infringing video, why does station B lose and win?
Hot news this week
The company announced the shipment data of 2021 Q1: the proportion of Huawei fell to the sixth place in the world at 4%
Sony's third generation noise reduction experience: comparable to the strongest combat power of real wireless noise reduction headphones
Henan satellite TV "Dragon Boat Festival wonderful tour" full version popular all over the network: netizens call content amazing
New people to do "new" business: preparing for the battle with Zhang Ying, a peach farmer in Yangshan
In depth cooperation with Huawei real hammer! BYD open recruitment of "Hongmeng development engineer"
An 18-year-old Japanese female painter is popular, and her painting level of mobile phone software is beyond imagination: beauty makes netizens sigh
In 618, big promotion came, beware of the trap of cheating by taking advantage of the official SMS of charging companies' platforms
Dragon Boat Festival colorful Luoshen amazing interpretation of underwater flying netizen: too beautiful, lost the language
Can you travel around the world without leaving home? Jingdong 618 Jingdong International gives you a fancy "flying" strategy
During the period of 618, Jingdong will issue a total of 10 billion consumption vouchers, which have benefited consumers in 14 places such as Beijing and Zhejiang
The most popular news this week
Yixin technology won the honor of "2020-2021 (4th) China IC unicorn"
Which brand of vacuum cleaner is better? Who should buy vacuum cleaners and floor sweeping robots at the same price?
Shenzhou Wentian wechat adds time limited status "rush"
A moment in history! The successful launch of Shenzhou 12
Airpods 3 will be launched this year! Apple executives hint: it may integrate the bracelet function
The first man after Bill Gates! Microsoft CEO NADELLA will also be chairman of the company: the first time in 20 years
Domestic mining fails Huaqing: the price of graphics card is falling
The couple's "love insurance" was refused when it was due
Good news! 360 government enterprise security group won the bid of 236 million yuan national network security industry base major infrastructure group project to build Zhengzhou security brain
Peng Xiaobo: China's rocket launch cost may be lower than SpaceX in 2025