According to the company's inspection of equity penetration,Artist Li Sheng (Li Ruichao) holds a 4.58% stake in the company and is the seventh shareholder. 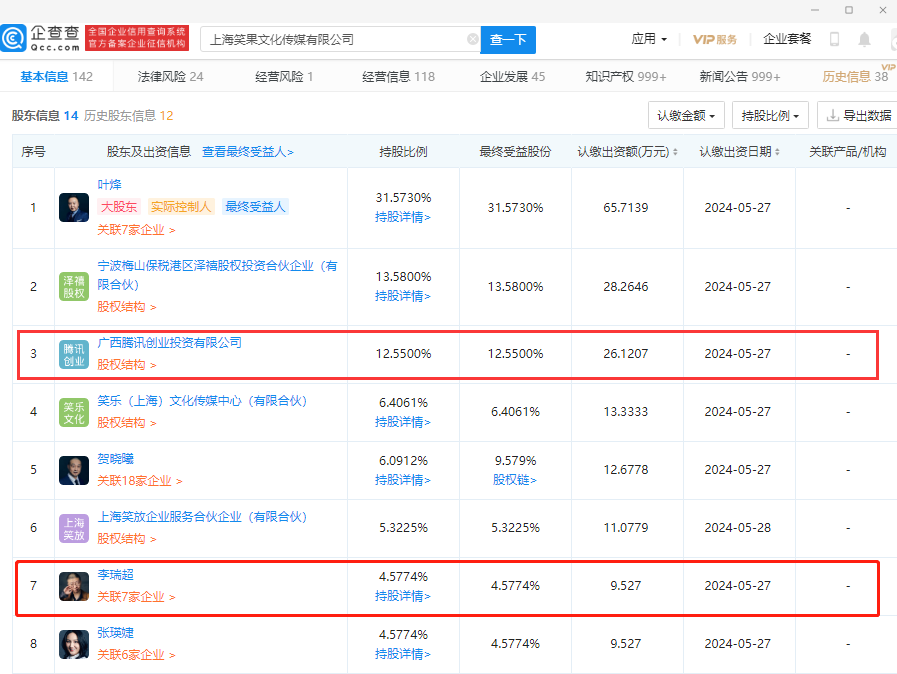 Wang Sicong's Shanghai Pusi Investment Co., Ltd., one of the investment entities of Pusi capital, invested in Xiaoguo culture in September 2016 and exited in December 2020.

tencentinvestmentMake complaints about the conference