In November last year, apple took an important step in the PC industry, launching M1 chip based on ARM architecture, and taking the lead in carrying it on its own MAC laptop.

Now, after four months, what do real consumers think of Apple M1?

Tiktok today, I will replace some of the short video practitioners, such as jitter, Kwai, and so on, to expound the real opinions of these people on apple M1 computer. To sum up, Apple's M1 is much harder to use than Intel.

Tiktok, fast hands and other short video practitioners Kwai Chung believe that you will have more or less around you.

Kwai tiktok is now a big apple in the world. M1 computer is very good in China, productivity can not be done. 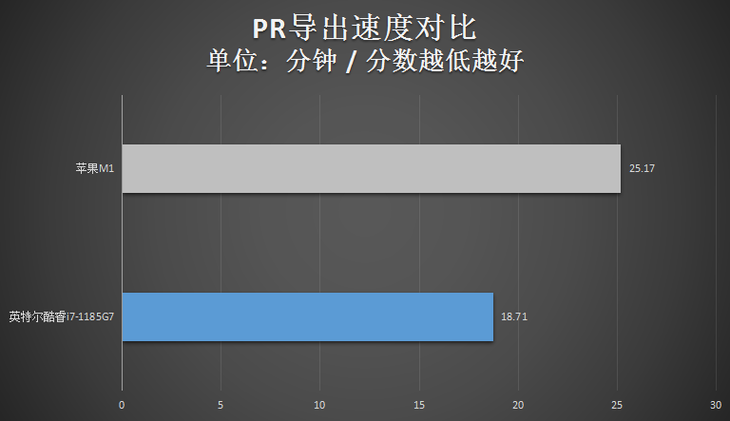 The speed is a little slower, maybe some users can accept it, but for the compatibility problem of Apple M1 computer, most users can't stand it.

The computer's computer operators make complaints about the compatibility of Adobe Premiere on M1 computers, and many plug-ins are useless at all. This is the bruising of Apple's M1 computer.

For this problem, the author and some friends agree that Adobe Premiere is transplanted from x86 system to Apple Mac system, which needs Rosetta 2 to translate, which will consume some functions and performance, thus making it difficult to use Adobe Premiere on Apple M1 computer.

I'll expand it a little bit here,It's not only premiere, but also Adobe's many softwares have some compatibility problems on Apple M1.

From this, we can see that Apple M1 computer is constantly improving, but,Because there are so many compatibility problems at present, it's hard to say when and when can we reach a higher level of productivity.For users who want to buy Apple M1 computer, they need to weigh it up before buying it!

On the contrary, Intel computer (win10 system) has complete functions and no compatibility.

After all, x86 architecture has more than 40 years of open ecosystem and common standards. Under Windows system, Intel can also cooperate with thousands of device manufacturers such as NVIDIA and software developers to build Intel computer (win10 system) into a first-class productivity tool.

I would like to emphasize that even for short video practitioners, most of their daily work time is facing the computer screen, and mobile phones are just auxiliary tools. Tiktok based on PC, it is very important for cross platform adaptation of short video App such as jitter and Kwai.

Tiktok first, let's talk about Apple M1 computer, with the example of App.Although Apple M1 computer can run, its functions are too simple at present, especially the size of the display window is fixed and can't be adjusted, so it doesn't give people a good impression.

In contrast to Intel computer (win10 system), the simulator of mobile app has many choices, and it is generally very good. The size of the window can also be zoomed as you like, and the appearance is much better.

Experience of external large screen display: Apple M1 computer can only be connected with one external display

For short video practitioners, the use of large screen display for daily office is a common phenomenon.

After all, it's too comfortable for Apple office workers to sit on a 3.13-inch mobile screen every day.

We know that Apple's new generation of MAC laptops have eliminated the HDMI interface, which is a little bit troublesome for external monitors.Fortunately, apple can solve this problem through docking station. For many users, things that can be solved with money are not things.

Well, for the time being, the disadvantage that Apple M1 computer does not support HDMI interface can be ignored. If it can only support one monitor, it can not support multiple monitors, so it certainly can not meet the needs of some users.

After all, working with multiple screens is very common in today's workplace. For short video practitioners, it is also a common demand for two monitors to work together.

In contrast, Intel computers (win10 system), such as laptops equipped with Intel 11th generation core mobile processors, are equipped with not only HDMI interface as standard, but also thunderbolt 4 interface.

At the same time, the internal memory and hard disk of Apple's new generation MAC laptop are soldered, so users can't upgrade by themselves. How much storage space they want can only be in place at the time of purchase.

In contrast, Intel computers (win10 system) are generally able to upgrade freely. It's easy to change a larger memory and install a larger hard disk.

In other words, apple M1 MAC has done a lot of write operations in a short time. We all know that the internal memory and hard disk of Apple's new generation MAC laptop are soldered. Once the hard disk is consumed prematurely, the whole machine will be paralyzed.

In the use of hard disk, short video practitioners are heavy users of hard disk, which will cost more than ordinary users. If you use the apple M1 computer, the hard disk problem is not a small hidden danger.

For the users of Intel computer (win10 system), if they feel that the hard disk is not easy to use, it's a big deal to change one by yourself. It's no trouble at all!

At present, there are so many hard injuries to Apple M1 computer! Frankly speaking, without good software support, no matter how good the apple M1 chip is, its practical application experience will be greatly reduced.

Although many of these hard injuries can be perfected in the future, if you want to use the apple M1 computer as an important productivity tool and a tool to support your family, then not only you but also anyone can't wait!

Although the innovation of Apple arm is an industry initiative, software compatibility is absolutely an issue that can not be ignored. Intel's products are highly compatible, and the complete ecosystem provides strong support for productivity.

Even if Apple arm tries its best to solve the problem, there will still be a considerable gap between the two for a long time to come. 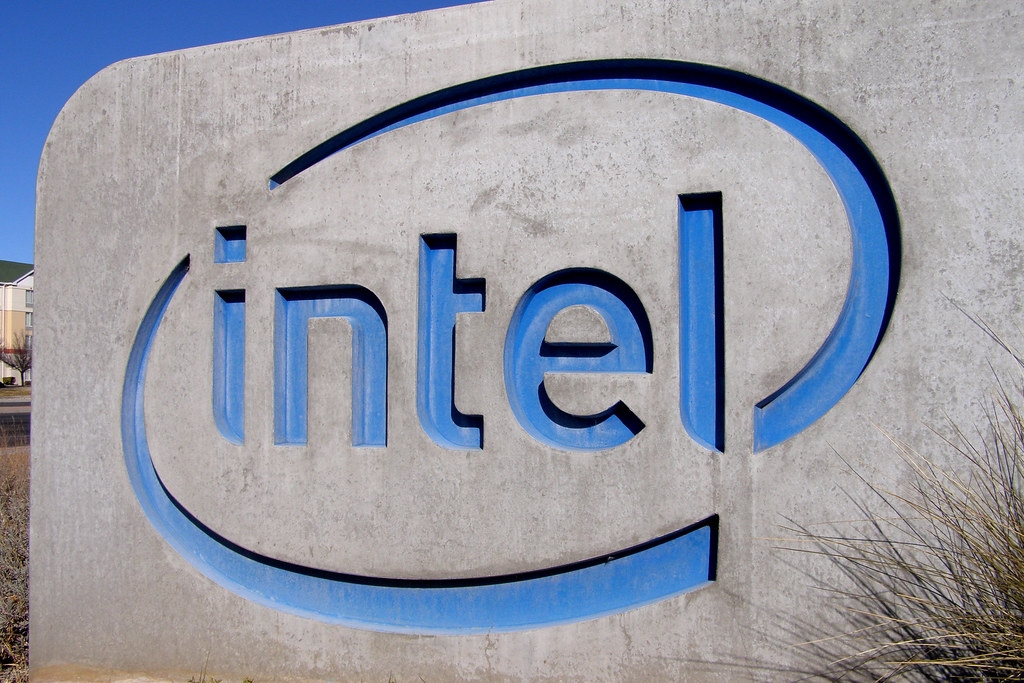 Related news
Apple's self-developed MAC chip M1 details: performance and energy efficiency doubled, far better than Intel processor
Not as good as apple M1 Processor? Intel, AMD
Detailed evaluation of Apple silicon M1 MacBook Air
Apple M1 performance reviews out power and speed x86 competitors
PC will change! Is apple M1 killing arm the future?
Intel's new CEO: we have to come up with a better processor than apple M1
Jitter practitioners evaluate apple M1: tiktok is far less useful than Intel.
Intel 12 generation flagship u runs fierce! Educational Apple M1 Max
M1 Max retouching productivity explosion: Nearly 3 times faster than the Intel Core i9
Industry insiders say Apple's M1 Ultra chip has left Intel behind
Hot news this week
The developer of the dating app Tinder has reached an agreement with Google over billing rules for its app store
Still did it! Canada has banned Huawei and ZTE from participating in the country's 5G network on "national security" grounds
Red Elf Lightning erupts in the Himalayas Spectacular Spectacle: Experts Reveal What Exactly Is This?
Shipments in the first quarter fell 11%, exposed Xiaomi, OPPO, Vivo cut orders 20%, Apple bucked the trend to increase production
The founder of the Internet Quick Hand Su Hua was taken away for investigation, and the fast hand responded: the news was not true
Wang Xiang, president of Xiaomi, explained that a shortage of low-end chips is a major challenge in overseas markets
Or for Studio Display Pro, the release of Apple's 27-inch Mini LED-backlit Display has been delayed by October
Tencent Q1: The business service business has "slightly decreased" year -on -year, and resource centralized video cloud and network security | View financial report
One picture to understand! Blue Factory has issued 3 new machines in a row: self-developed chip blessing, the narrowest lower border
Sony released the active noise-canceling headphones WH-1000XM5, equipped with 2 chips and 8 microphones
The most popular news this week
Amazon's new CEO participated in a shareholders' meeting for the first time: to restore normal profit, ready to cut off the excess warehouse
Baidu, Shunwei and Fosun are shareholders, and pharmaceutical Internet "unicorn" pharmacists help hand over the watch to the Hong Kong Stock Exchange
Google CEO Pichai: Recession fears intensify The cycle volatility in the tech industry is even more intense
Amazon CEO first appeared at the shareholders' meeting: to restore normal profit
Sony claims that the full recovery of membership upgrade fees is a technical error
Taobao 618 will be launched in the Yuan universe shopping: three -dimensional "shopping Taobao"
Yuncong will be listed on the Science and Technology Innovation Board on May 27 at 15.37 yuan per share
The amount refunded by the game company to the minor recharge should not be "discounted"
Regulatory Shot! Behind the app downtime of many securities institutions: how to break the digital transformation of securities companies
Apple iOS 15 Maps began offering AR walking navigation in Tokyo, Japan