Tencent's self research survival masterpiece "undawn" announced: illusory 4 has been built in China

Tencent recently announced the launch of its self-developed survival game "undawn" overseas, which will be officially launched in the second half of 2021 and will be launched on Android, IOS and PC platforms, according to relevant game media reports.

According to the report,"Dawn" is the "dawn awakening" which has been tested in China. The game was produced by Tencent photon studio, which built "peace elite" before. It was built with unreal 4 engine,Open world action shooting game with collaborative play.

"Undawn" is set in the end of zombies, combining the freedom of the open world and RPG elements,Players will face both zombies and other survivors in the game. They need to collect all kinds of weapon resources to survive in this doomsday world.

According to the official introduction, in addition to the PVP game playing method of ordinary big escape games, this work will also add the PVE mode with the theme of open world survival and adventure experience,Players can collect resources, build equipment, make better weapons and equipment in the game, and fight with zombies and other players.

At the same time, players can also cooperate with each other to build a stronghold shelter, or exchange resources with other players, so that their stronghold can be more stable and secure, and enhance the interaction and team cooperation mode between players, which is more playable than the general big escape game.

We hope that players on mobile phones, PCs and other platforms can have a good game experience, 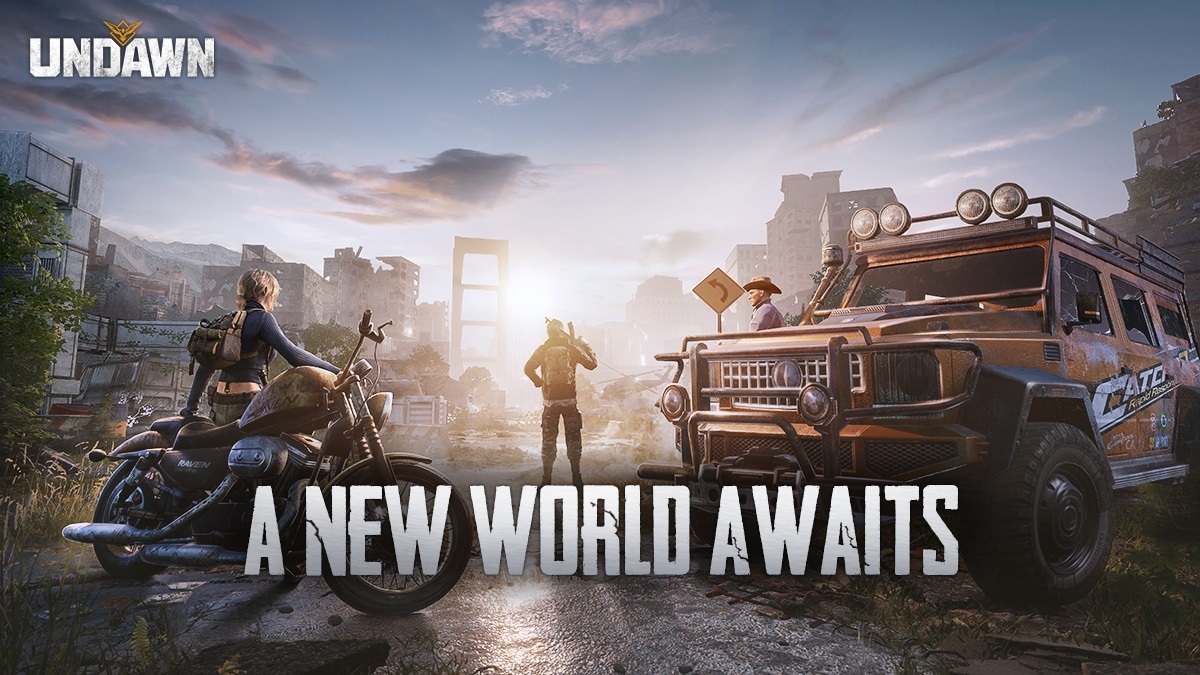 Related news
Semicon China: Huawei and Exxon bring semiconductor intelligent quality inspection and measurement solutions
Def con China restarts Baidu security to hold the world's first all VR geek conference with def con
Tencent's self research survival masterpiece "undawn" announced: illusory 4 has been built in China
Hot news this week
2021 Hurun self made list of the richest people under 40: 38 year old Zhang Yiming ranks first in China
Tencent Teana laboratory holds a cross boundary Seminar on artificial hearing technology: cochlear implant technology is undergoing cross boundary development
Dada's latest equity exposure: Jingdong is the major shareholder, and Kuai Jiaqi holds 7.8% of the shares
Shell equity exposure: Zuohui has 81% of the voting rights, and Tencent holds 5% of the shares of two shareholders, hillhood
For the first time in history! Sanxingdui "cornucopia" 3 pit successfully took out the complete round mouth square statue
Xiaomi donated to Tsinghua University to set up Xiaomi artificial intelligence Innovation Research Fund
Benchmarking Tesla semi? Geely responded to rumors of developing pure electric heavy truck: no comment
With over 17 million number carrying users and 99% success rate in one hour, is it the best time to handle it?
Spend another 20 billion dollars to buy nuance, where did Microsoft spend its ten-year "cash" capability?
Lenovo he Zhiqiang: the cumulative income exceeds US $500 million, Lenovo venture capital enters the payback period
The most popular news this week
Cryptocurrency crash Market: some people crazy cash out, the U.S. government to move
Not ppt! Take alpha s, Huawei's autopilot, and deliver the Huawei version within this year
1 billion US dollars, over 5000 R & D personnel! Huawei Wang Jun: Huawei Bu has no revenue target this year
Why is "Huawei automobile" known as the first automatic driving? Top executives reveal secrets in person
China's box office will exceed 20 billion in 2021: 5 films will exceed 1 billion. How many have you seen?
The first battle of autopilot becomes famous! Huawei: auto R & D investment will reach 1 billion US dollars this year
The most powerful legal department is out! Nintendo suing switch host cracking team: claims nearly one million
After three times of sanctions, Huawei launched an all-round attack in nine directions
Mars willpower: who's blocking my Wi Fi!
April 19! NASA confirms the first flight time of the wit to Mars