Amd RX 6000 series video card brings Sam video memory smart technology, which allows the processor to access all the video memory capacity of the video card, and the game performance can be improved by more than 10% for free.

NVIDIA previously saidAt the end of March, BIOS will be issued for all public RTX 30 cards, all of which will support resilient bar, and non-public manufacturers will support it one after another. 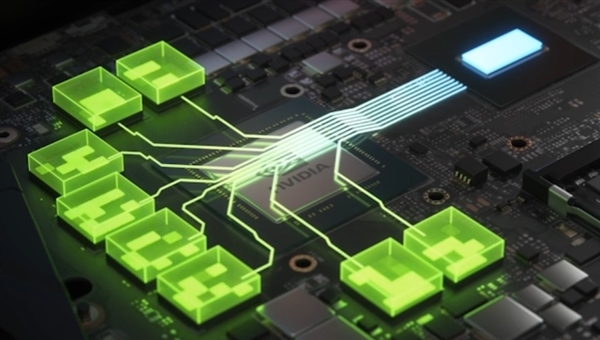 March is about to pass, and NVIDIA is not moving,Yingchi is the first one to take action. Both Yingchi and its Gengsheng brand's new RTX 30 series cards have released a new version of BIOS to officially support the reconfigurable bar.

At present, the BIOS download areas of RTX 3090, RTX 3080, RTX 3070 and RTX 3060 Ti all release the upgrade program on the Chinese official websites of Yingchi and Gengsheng. It is a directly executable EXE file. Double click to run it and restart it after it is finished! 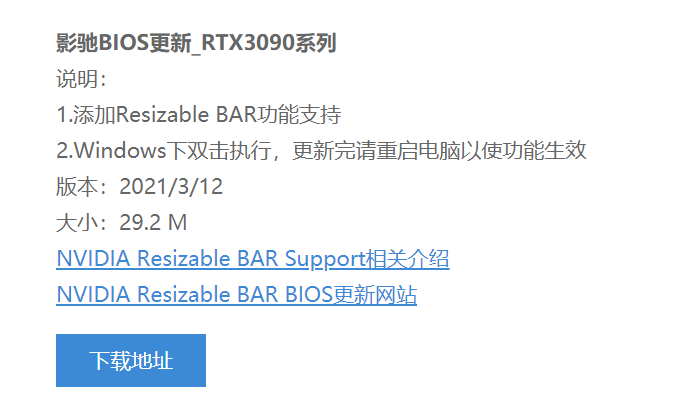 Interestingly, it seems that this tool has not been digitally signed by NVIDIA, but it does seem to be an official tool of NVIDIA, and it can really open the sizable bar after input.

After testing by foreign netizens, it is also found that the overseas version of imager graphics card also supports, such as RTX 3090 SG.

I believe NVIDIA and other AIC manufacturers will soon release their own update programs. 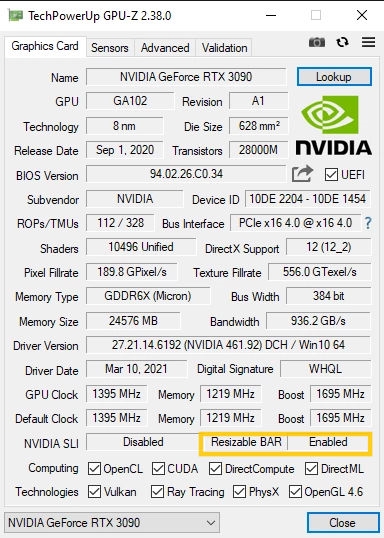 However, according to the previous test of fast technology on RTX 3060The acceleration effect is very poor,With the exception of ownerless land 3, which has increased by up to 2%, almost all of the others are regressing, with an average of 3-5%"Simulated flight 2020" even dropped as much as 18%, amd Sam accelerated 2-3% on average, and the best reached 7%. 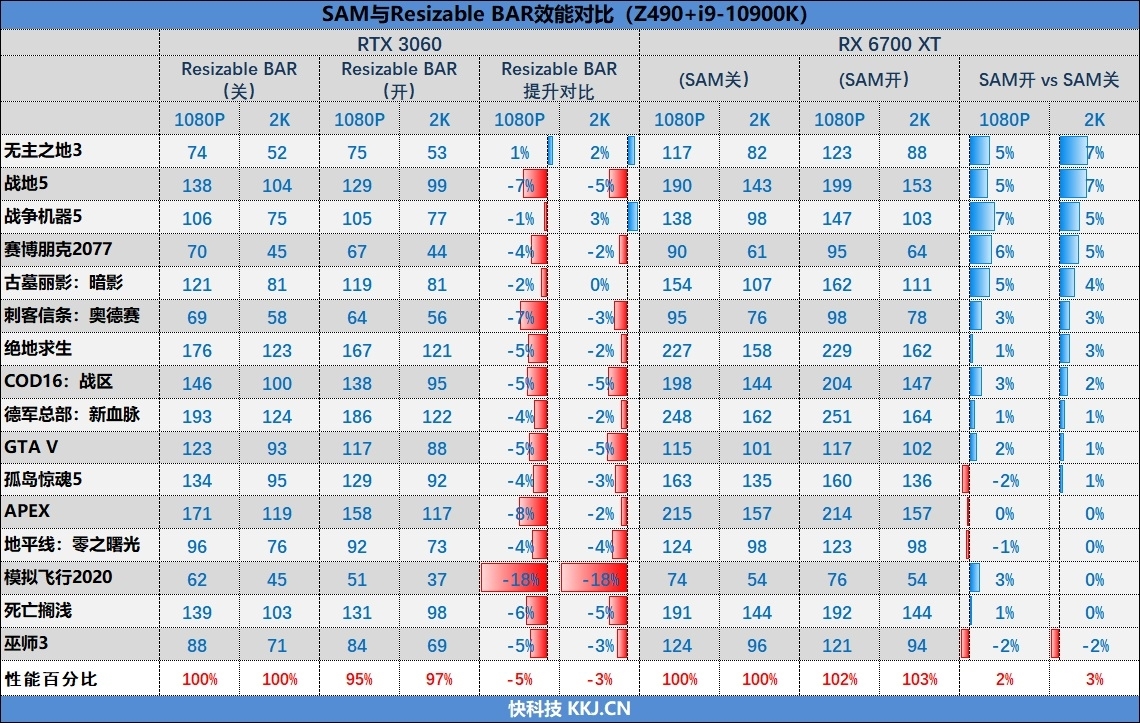 Related news
AMD three generations of Ruilong full of blood BIOS leakage: the measured results are surprisingly effective
AMD releases new BIOS microcode to solve Zen 2 processor acceleration problem.
AMD the future! TGA X570/B550 New BIOS Support Reelon 5000
Gpu-z version 2.38.0 release: can check chicken blood acceleration status, repair BIOS brick
Yingchi and Gengsheng update BIOS: RTX 30 all support resizable bar acceleration
Gigabyte launched the latest geforce RTX 30 series VBIOS to support resilient bar, greatly improving the overall performance of the game
NVIDIA resilient bar 22 game acceleration: up to 20%
Update BIOS as soon as possible, Dell Computer exposes a loophole: 30 million units can be remotely controlled and shot
Intel eliminates decades of stubborn diseases! BIOS updates do not require a reboot
NVIDIA Monster Card King Emergency Stop! There are problems with the BIOS and hardware
Hot news this week
The developer of the dating app Tinder has reached an agreement with Google over billing rules for its app store
Red Elf Lightning erupts in the Himalayas Spectacular Spectacle: Experts Reveal What Exactly Is This?
The founder of the Internet Quick Hand Su Hua was taken away for investigation, and the fast hand responded: the news was not true
Or for Studio Display Pro, the release of Apple's 27-inch Mini LED-backlit Display has been delayed by October
One picture to understand! Blue Factory has issued 3 new machines in a row: self-developed chip blessing, the narrowest lower border
Huawei and the Chinese Academy of Sciences jointly developed the new 3D DRAM solution is expected to break through the key root technology of storage
Tencent established a smart technology company in Chengdu, and its business scope includes Internet data services
I once touched the ceiling of the mobile phone screen! Well-known brands announced that the new flagship is the first to carry the Snapdragon 8+
Or has it been spread insidiously in Communities in Europe and the United States: Should We Be Worried About Monkeypox? Experts demystify
Economist credit card monthly bill $11.4! Only paying for a purchase of Tencent Music, the account manager is busy "condolences"
The most popular news this week
Pinduoduo revenue in the first quarter of 23.8 billion increased by 7% year -on -year
Chinese stocks closed mostly up on Friday, Pinduoduo rose more than 15% Kingsoft Cloud rose more than 7%
Expert: Concerns that emojis cause expression to feel less susceptible may be exaggerated
The Changwu B rocket arrives at the Wenchang launch site and will launch the Wentian Experimental Module of the Chinese space station in July
The DuckDuckGo browser was found to have quietly allowed Microsoft to track it
Pinduoduo released the first quarter report, with a revenue of 23.8 billion yuan, starting the technology flow
Can air disinfection stick kill 99.9%coronary virus? Experts: Several levels of concentration are different
Pinduoduo Q1 revenue of 23.8 billion increased 7%and a monthly survival of 750 million. Vice president said that the growth of growth is inevitable.
Liu Chiping resigned from Tencent Music Director, Zheng Runming took over, and the latter had financial management related background
Pinduoduo: As of 12 months of March 31, 2022, the number of active buyers was 881.9 billion, an increase of 7% year -on -year