Tesla fully automated driving system is on the line, owner: comparable to a driver who has no driver's license. 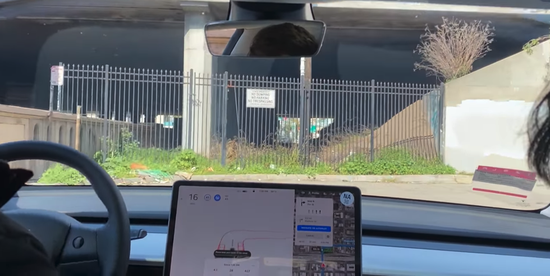 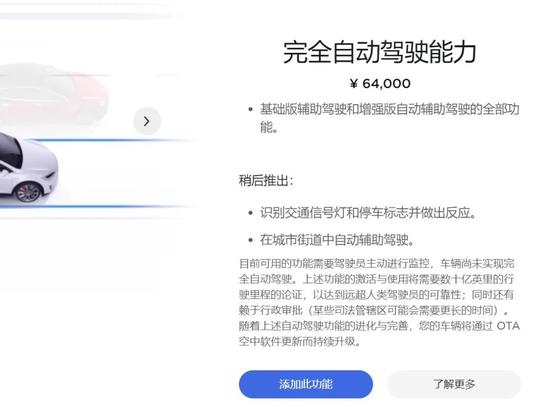 In the 13 minute video recently uploaded by netizens, we can see that model 3 of FSD beta 8.2 has encountered various troubles in Oakland, California. It seems to have been unfortunate and confused, never achieving the same effect as human drivers.

A few minutes before the video, the front row passengers praised the car as a correct decision when it passed through some roads with parking in both left and right rows instead of waiting behind. But when the car is trying to enter the left turning lane and stops on the right side of the middle line, passengers are embarrassed to praise it again.

Then it continues to turn, and the range is too large, and then it stops in the opposite lane, requiring driver intervention. Shortly after that, it drove into the opposite lane again on the straight road for cyclists and oncoming traffic. Then, like drunk, it slows down at the crossroads and constantly tries to get through, requiring the driver's intervention. When entering a left turn behind the stop sign, it will slow down before turning and brake on the road of the oncoming car, so that the driver must brake to avoid hitting the oncoming car.

Tesla's recklessness is not over. It tries to turn right at a red light (which is forbidden at this moment) and requires the driver to actively stop it from taking any action. Tesla randomly stops in the middle of the road, goes straight through the turning lane, stops behind a parked car, and finally almost hits the side of the road when turning. After standing in the way of traffic, hesitating for a while after a parked car, it confidently drove straight into the retrograde lane, and then realized that it was wrong and out of control. Next is the time for human intervention by drivers.

These behaviors are incredible and unacceptable. The original expectation of full-automatic driving is that the driver only needs to supervise the system to drive safely without intervention. But for now, it seems absurd to use this function on the actual road.

But this is not the end of the adventure. In the process of meeting on the straight road, the model 3 almost ran into another Camry. In both cases, drivers need to intervene to avoid danger.

When the technology is still immature, people usually continue to work hard until it is perfect or eliminated. Tesla chose a different strategy: sell the software without completion, charge a premium, and hope that users can have enough advanced understanding of its limitations, and respond in time to resolve the dangerous situation. 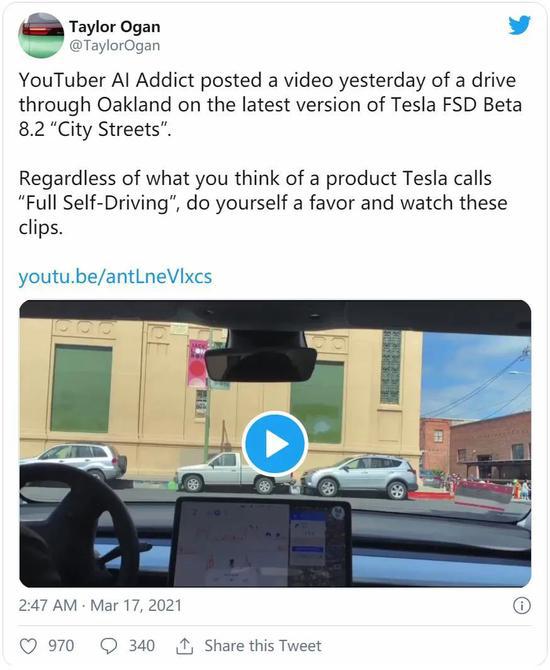 That's why these videos come out: early testers conducted unrestricted tests on open roads, while pedestrians, cyclists and other vehicles didn't even know they were part of the test. If there's something wrong with these Tesla drivers, it may not look good.

During the beta test of FSD, all tests were conducted on the open road. For Tesla, which ranks the first in the world in terms of market value and is the sum of the following major auto companies, the cost is almost zero. Some American media contacted Tesla for comments, but the company has no public relations agency at present, so it usually does not reply to inquiries.

Musk said that since it is a beta version, it means that the system is still in the testing stage. Although no accident has occurred so far, it can not be completely ignored. Therefore, for those car owners who do not pay enough attention to the road conditions, Tesla will withdraw the trial permission of FSD beta version.

Naturally, another question arises: how do musk and Tesla know if the test owners are paying attention? 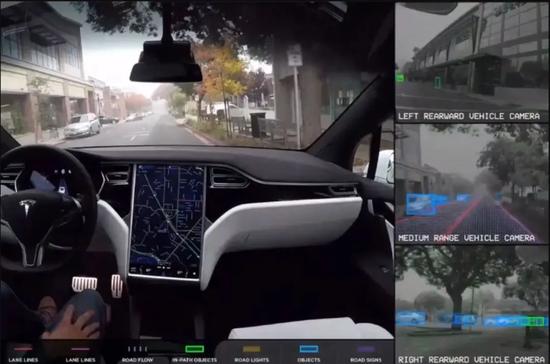 After FSD started the test, an American netizen asked musk directly on Twitter: How did Tesla know whether the user was concentrating on driving (monitoring automatic driving)? Is the camera in Tesla always monitoring the owner's eyes?

Considering that FSD function is not perfect at present, in order to avoid accidents, it is reasonable to ask users to keep their attention during the test. However, it will inevitably give people a suspicion of infringing user privacy and over collecting data. Although it has long been a normal practice to install cameras inside and outside cars, many manufacturers will take driver attention monitoring as a selling point for publicity.

In response, on March 19, Tesla China specially issued a statement, saying: the vehicles used by Tesla users do not infringe the user's personal privacy through in car cameras. All Tesla users' vehicles in the Chinese market have not turned on the camera inside the vehicle, and are not involved in the fsdbeta test.

However, such a commitment does not seem to get everyone's approval. According to Reuters, some domestic departments have issued notices to prohibit Tesla from entering the relevant areas.

Related news
NVIDIA Tesla v100s low-key release: full speed up to turn into Tu Haojin
13 years of history NVIDIA gave up Tesla brand in a low-key way: name collision with electric vehicles
NVIDIA gives up Tesla brand in a low-key way: because of its name collision with famous electric vehicles
NVIDIA classic computing card series Tesla to be renamed: too confusing with Tesla
Hot news this week
2021 Hurun self made list of the richest people under 40: 38 year old Zhang Yiming ranks first in China
Tencent Teana laboratory holds a cross boundary Seminar on artificial hearing technology: cochlear implant technology is undergoing cross boundary development
Dada's latest equity exposure: Jingdong is the major shareholder, and Kuai Jiaqi holds 7.8% of the shares
Shell equity exposure: Zuohui has 81% of the voting rights, and Tencent holds 5% of the shares of two shareholders, hillhood
For the first time in history! Sanxingdui "cornucopia" 3 pit successfully took out the complete round mouth square statue
Xiaomi donated to Tsinghua University to set up Xiaomi artificial intelligence Innovation Research Fund
Benchmarking Tesla semi? Geely responded to rumors of developing pure electric heavy truck: no comment
Spend another 20 billion dollars to buy nuance, where did Microsoft spend its ten-year "cash" capability?
With over 17 million number carrying users and 99% success rate in one hour, is it the best time to handle it?
Lenovo he Zhiqiang: the cumulative income exceeds US $500 million, Lenovo venture capital enters the payback period
The most popular news this week
Ctrip landed in Hong Kong stock market today, with a market value of more than 170 billion Hong Kong dollars
It is reported that Lianfa technology will use 4nm technology to manufacture 5g mobile chips
Tesla hit a tree at high speed, two dead! Police: driving without driving
Hackers focus on virtual currency! A man was stolen more than 2 million yuan
Better than snapdragon 888! Samsung Galaxy Z fold 3 uses snapdragon 888 plus
Post-90s and post-95s become the main force of blind date: China's single population exceeds 200 million
Cryptocurrency crash Market: some people crazy cash out, the U.S. government to move
Not ppt! Take alpha s, Huawei's autopilot, and deliver the Huawei version within this year
1 billion US dollars, over 5000 R & D personnel! Huawei Wang Jun: Huawei Bu has no revenue target this year
Why is "Huawei automobile" known as the first automatic driving? Top executives reveal secrets in person