Tencent is a little embarrassed 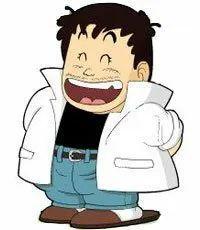 A big play is quietly on.

Last year, pinduoduo and Jingxi ranked top two in the annual ranking of e-commerce wechat apps. In fact, Taobao special edition of Duoduo was launched as early as 2018. After upgrading in March last year, it focused on c2m mode.

It has been online for three years, and it has been a year since the revision. Why did Taobao select to test the wechat app at this time?

The first is the pressure from pinduoduo. According to the latest financial report, pinduoduo's annual active users surpassed Alibaba for the first time last year and has become the largest e-commerce platform in China. So looking for all available traffic has become Ali's inevitable choice.

Secondly, since last year, there has been a lot of discussion on the anti-monopoly of platform economy, and relevant departments have also issued a series of regulations and policies. Alibaba's pledge to access wechat apps is tantamount to kicking the ball to Tencent, which seems to put Tencent in a dilemma: to accept it again, one side will pay and the other side will enjoy it; to refuse to accept it, one side will be suspected of monopoly.

The pressure of supervision is better on Tencent and Ali than on the ant family. I have to say that this is a high move.

But in reality, communication strategy is greater than business strategy. After all, the whole wechat ecosystem has changed a lot.

First, wechat now has 1.2 billion annual users, with almost universal coverage, and Alibaba has less than 800 million users. That is to say, the coincidence degree of the two users is very high, which is two concepts of pinduoduo's wechat;

Second, at present, the active users of pinduoduo app are far more than those of small programs. Users are no longer unfamiliar with the social shopping mode of pinduoduo and pintuan, and one more or one less is of little significance.

Third, in the past few years, wechat has been increasing efforts to rectify drainage behaviors such as induced sharing, and even dry sons like pinduoduo have been affected. At the beginning of this year, wechat issued an announcement to restrict and block the external links of a number of apps, including pinduoduo, xiaohongshu and other invested companies. Obviously, pinduoduo's successful model is difficult to duplicate the second pinduoduo.

If a and t really want to continue the leading edge, there are actually four words: true love is invincible. Ali doesn't want Tencent to access Taobao's special version of the app. You might as well access wechat payment on Taobao. By extension, each party should open all the third-party interfaces that can be opened to the other party, and thoroughly open up the Ren and Du channels of China's Internet. After all, they can't write two words at a time.

To a large extent, the open value of social traffic is overestimated. Over the years, China's super applications have almost been independent of WeChat's tiktok, and the voice, the US, the drops and the B station have long been free from the dependence on WeChat. If a platform can only rely on the traffic of other platforms to survive, it can not be regarded as a real platform.

In the APP, which ranked the top ten in China Mobile Internet application monthly, Ali occupies at least three seats (hand Tao, Alipay, Gao de map). It is reasonable to say that there is no shortage of traffic in WeChat's small program. However, this matter has aroused such a great concern, which is essentially related to the different ecological routes of Ali and Tencent over the years.

There's no right or wrong between the two roads, just different genes. Taobao's special price version focuses on wechat apps, but it wants to use Tencent's open logic to dissolve its own endogenous logic. Love songs are still old.

However, if Tencent accepts Alibaba's move, does Ali dare to accept Tencent's move?