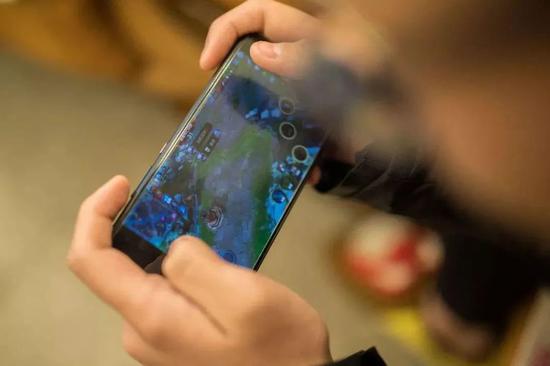 It is worth discussing whether this is due to the investment of anti addiction system or the upgrading and improvement of Tencent game's user structure.

Is it effective to prevent addiction

Since the General Administration of press and Publication (GAPP) issued the "development standard of online game anti addiction system", the game between domestic game manufacturers and game anti addiction has gone through 15 years. According to the Research Report on the Internet use of minors in China in 2019 released by the Central Committee of the Communist Youth League and CNNIC last year, the proportion of juvenile game users did decline from 2015 to 2019. 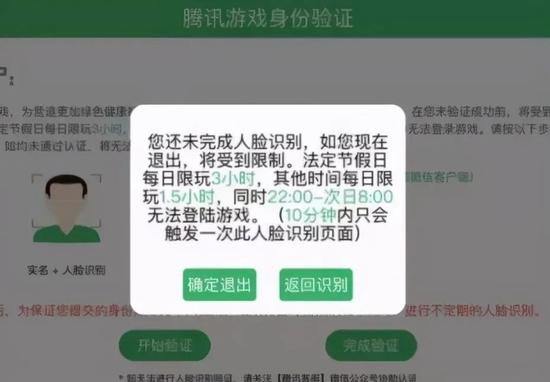 Many children like to use their grandparents' ID card for real name authentication. Even if they have mobile payment, the elders who don't know the functions of mobile phones often won't find it. But these elderly accounts can't escape the detection of the anti addiction system. After Liu Peng played with his new account several times, the game started face recognition again. When he wanted to muddle through with his grandfather, his parents finally found out.

In fact, when a user with real name authentication over 60 years old consumes more than 1000 yuan per month, he needs face recognition every time to play games. This is a new feature of Tencent's uninsured system.

Perhaps many people will question this figure, because no matter how perfect the anti addiction system is, there will be loopholes. Those minors who play games with their parents' accounts can hardly be included in the game income contributed by minors. However, in the huge and adult dominated game user group, this situation is a minority after all. Moreover, the proportion of minors' income of Tencent game is consistent with the user structure and corresponding consumption behavior of the whole game industry. 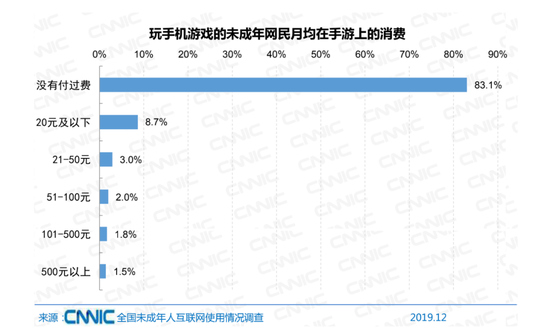 According to the 2018 National Research Report on Internet use of minors released by the Youth Rights and interests Department of the Communist Youth League Central Committee and CNNIC, 83.1% of the minors who play mobile games have not paid for the games, 2.0% of the users spend 51-100 yuan a month, and 3.3% of the users pay more than 100 yuan a month. 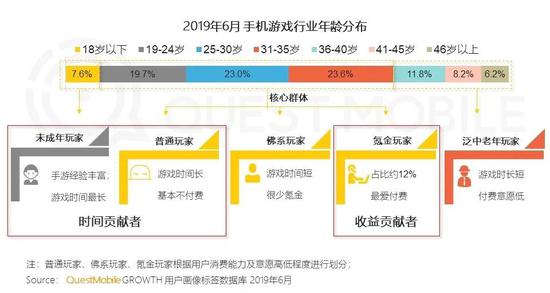 The consumption ability of adult game players determines that the target users of game manufacturers have always been adults, and Tencent game is no exception. It pays attention to minors, which must be due to the consideration of policy risks. However, in the case of making less money and paying more, we can see that the word "social responsibility" can not be summed up as "coping".

Anti addiction, big investment, no money but worth it

Before Xinhuanet published its article in 2018, the anti addiction system of game manufacturers was almost nonexistent. However, in the two or three years after 2017, the construction progress and improvement details of the anti addiction system of games can be said to be rare from a global perspective, and no manufacturer has made more efforts to prevent minors from game addiction than Tencent.

Simply put, it's data. Take face recognition as an example. In the month mentioned above, the average number of face recognition verification initiated by Tencent every day is 7.3 million. Because of the large user base of Spring Festival, we can draw the following conclusions on average:

Compared with a company's game revenue, these investments are not much, but in reality, there is no second game company online face recognition function except Tencent in the world.

Another example is recharge refund. We all know how difficult it is for small companies to refund. However, once it is determined that high recharge is the consumption behavior of minors, Tencent games will immediately refund.

To this end, Tencent has also set up a customer service center for minor guardianship projects in Chengdu. Therefore, if the technical cost, labor cost and operation cost of the uninsured system are included, the investment may not be small.

For decades since the development of China's game industry, game manufacturers have always avoided talking about the problem of minors' games. However, Tencent disclosed the proportion of minors in Tencent's game stream for the first time in this financial report, which proves the effect of minors' anti addiction system. With this number as the standard, the outside world may have higher requirements for the anti addiction system of game manufacturers in the future.

In the long run, this will coincide with the establishment of a unified anti addiction platform under the policy environment.